Trouble making my own mod - graphics 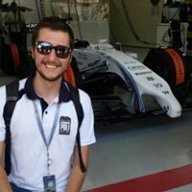 Hi guys, new member here! I'm an engineering student from São Paulo trying for the first time to make a mod: my university's Formula SAE car. The physics are pretty much done now, and I've turned my attention to graphics. This is my first time working with 3DS Max, 3DSimED and the rfactor dev tools, and I'm having a hard time understanding the .gmt structure inside the .mas files.

In my search for information, I've tried and failed to extract the .gmt files from the original cars and later found out that they are encrypted -- fair enough. I then downloaded a mod and tried to extract those .gmt files, but still no luck; 3DSimED tells me they are also either encrypted or corrupted. Finally, I tried to make my own .mas containing only the steel frame of the car, and the result was, unsurprisingly, a failure. GSCE told me it couldn't write steelframe.gmt to memory and displayed a boxy low-poly model that apparently exists as a backup for this kind of situation.

So I've got a few questions: what am I doing wrong? Are the rfactor tools not compatible with GSCE version of gmotor2? Do people costumarily encrypt mods? Should I be using different tools?

And finally, why can't I post in the mod section of the forums?
P

you need rfactordec to encrypt the gmt files, sometimes you have todo the same for textures

now you can work with the files...

if you want to go ingame you have to decrypt the files so the game can read them...

Thanks mate, that fixed it for me!

I'm having another issue: the car seems to veer right under acceleration. I've triple checked everything on the physics files and all of the settings are completely symmetrical. My best guess was that the placeholder graphics I've used to test the physics were interfering, with the wheel positions being different and whatnot, but I saw the same behavior when using the boxy wrong-graphics-car. Have this ever happened to any of you? If so, how did you fix it?