Premium
I guess it's about time for a thread.

These are great little cars and it's a shame there's no accurate scratchmade visuals of the car in the forms I want to go together with my physics, so I'll just make it myself. This will probably be a long-term project I keep coming back to. I'm not intending to rush the car out, it'd be nice if it was accurate where it counts.

For now it's quite early, but I'm confident I can produce something. I'm not completely inexperienced like I was a year ago when I started modeling cars into AC, and I've since actually made some things.

Well, here is the initial state. Likely I will merge some of those panels together, unless they are placed right, for now it's just to check the lines. 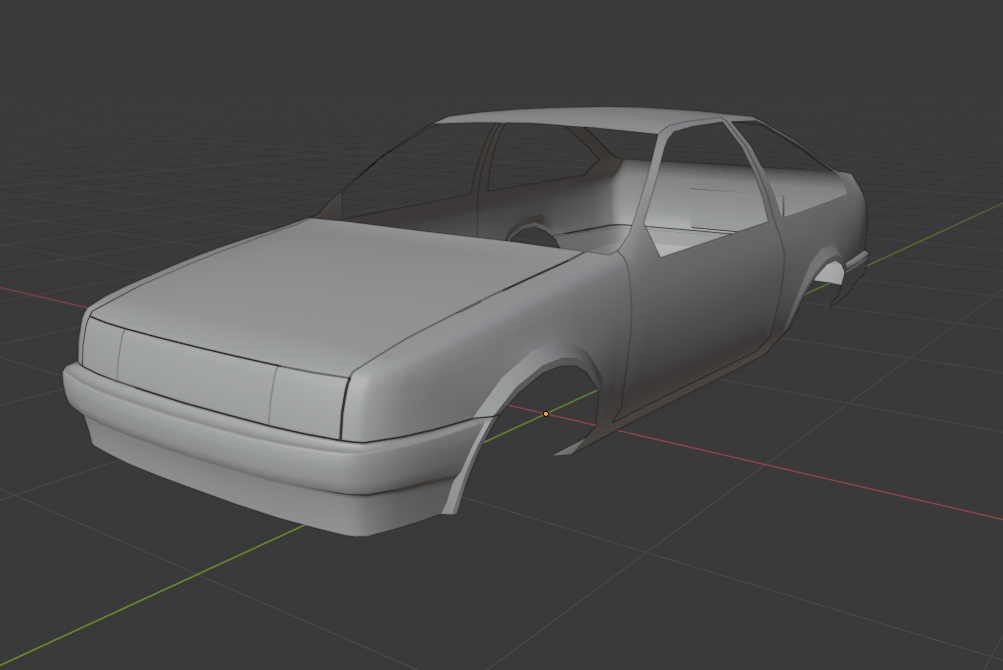 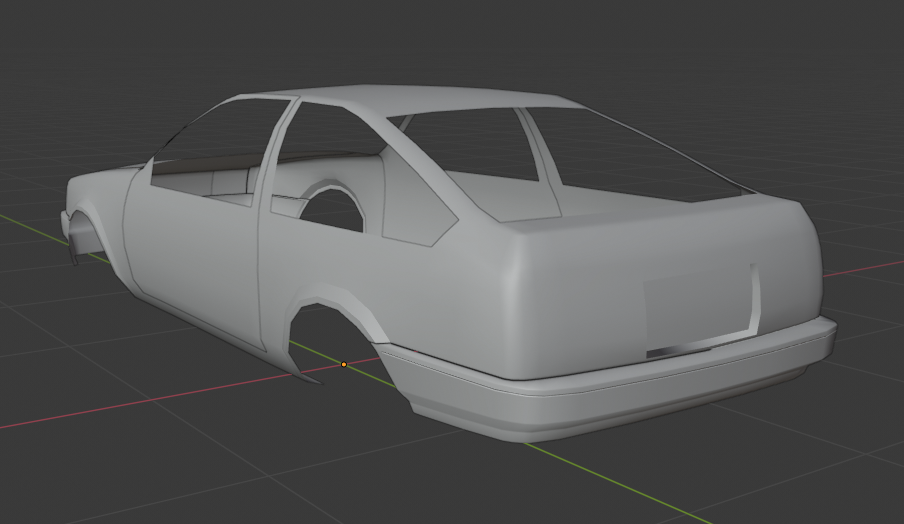 The first car spec I'm planning on making will be a 1983 GT-APEX Levin in Japanese spec, with hopefully the correct base-model options. Anything else, I don't know. I would want to model it all, but we see. There is so much.

Physics wise, of course it is as close as I can get it. The unsprung mass is accurate from EPC, geometry largely from measurements, correct stroke distances, some damper dynos, engine dynos, springrates, you name it. The limiting factor which made me quit the car initially was the live axle modeling in AC, but that was largely due to my own misunderstanding. AC's physics are adequate for well driving AE86s. 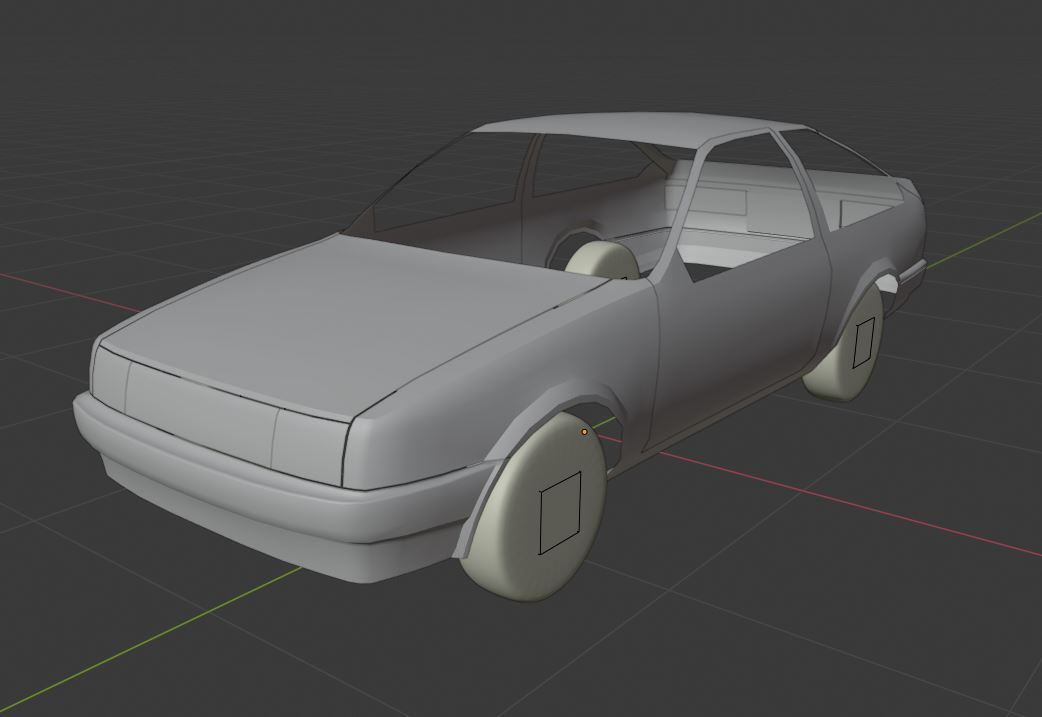 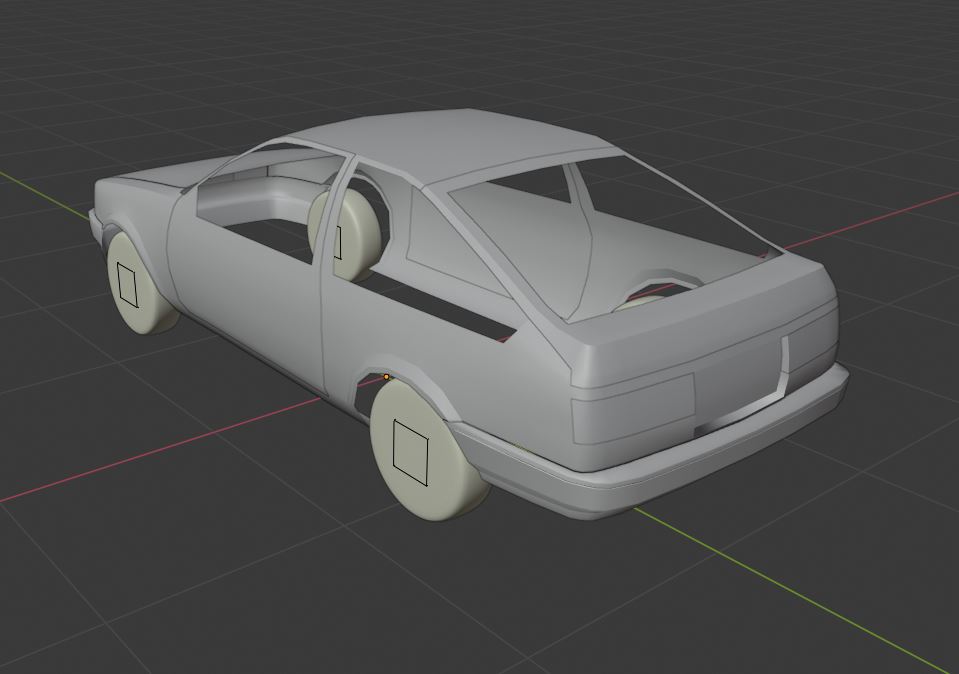 Still low poly, and I intend to keep it that way for a long time. Not a fan of coming back to rework everything. I'm amazed the solid base I made over half a year ago is usable. 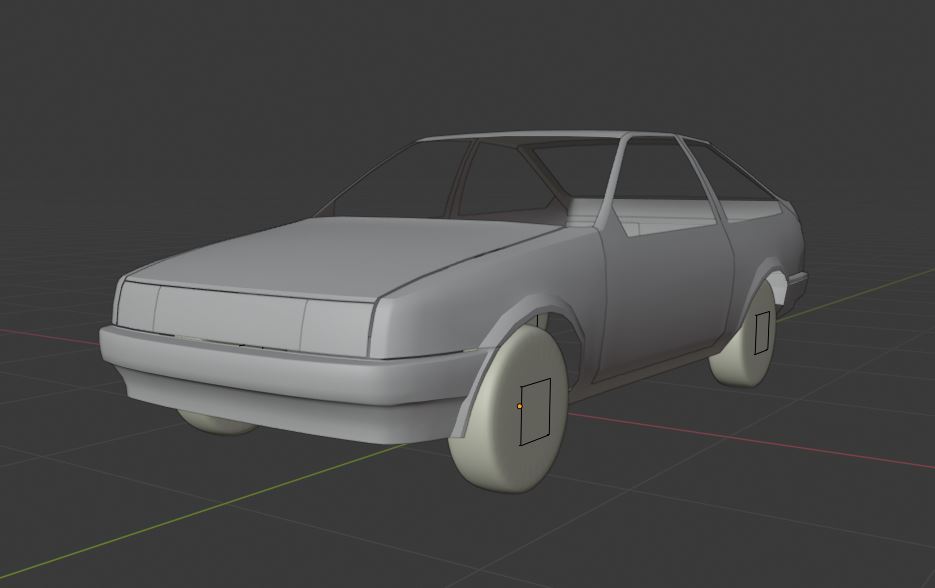 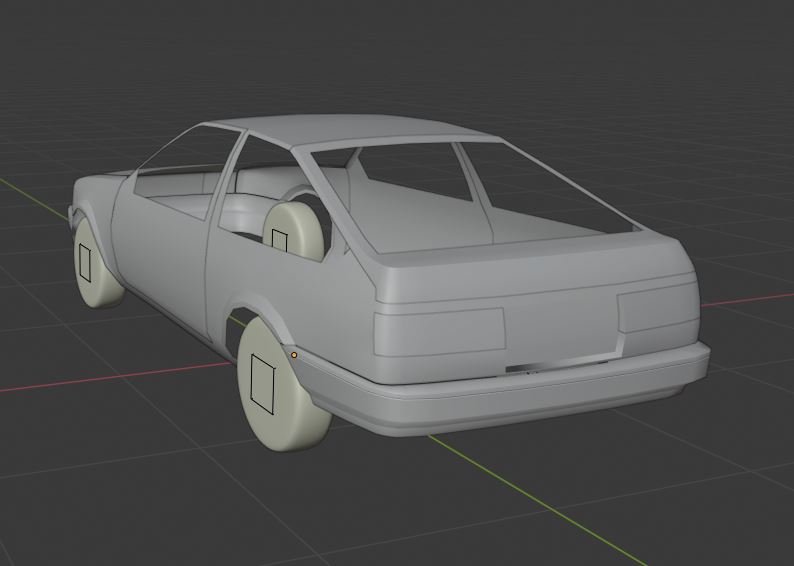 Yet again a whole bunch of small improvements. You might see them if you toggle between this and previous pics. I know it's not too sexy to post progress from this stage, but it's very crucial if you want things to line up at all.
Last edited: Apr 5, 2020 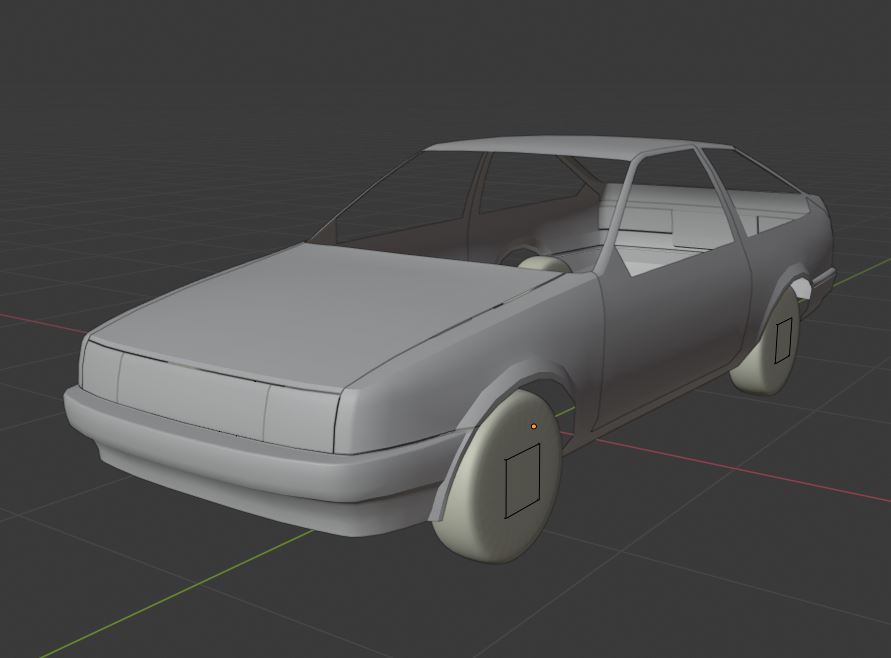 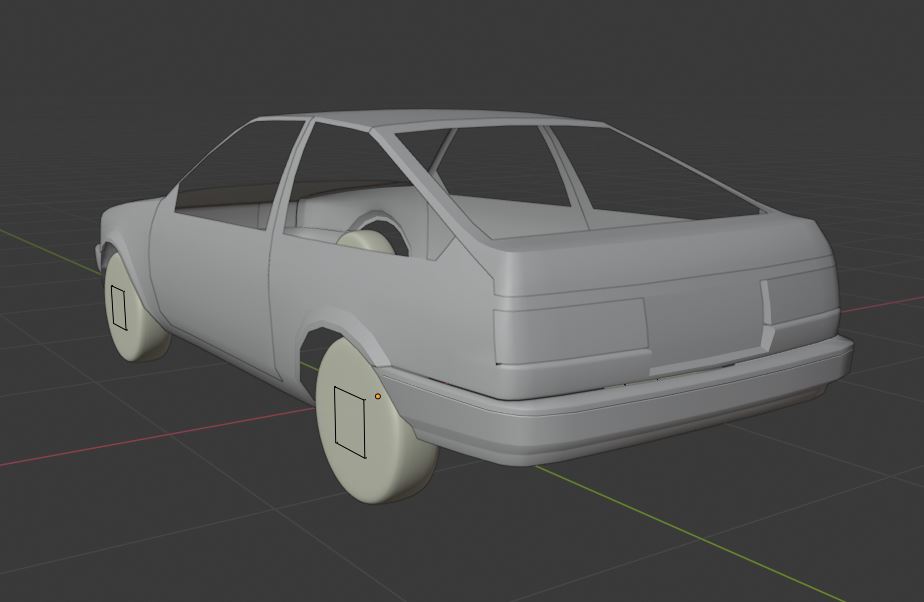 And more. Largely fixes on forms. It's starting to look a bit like a real car though. 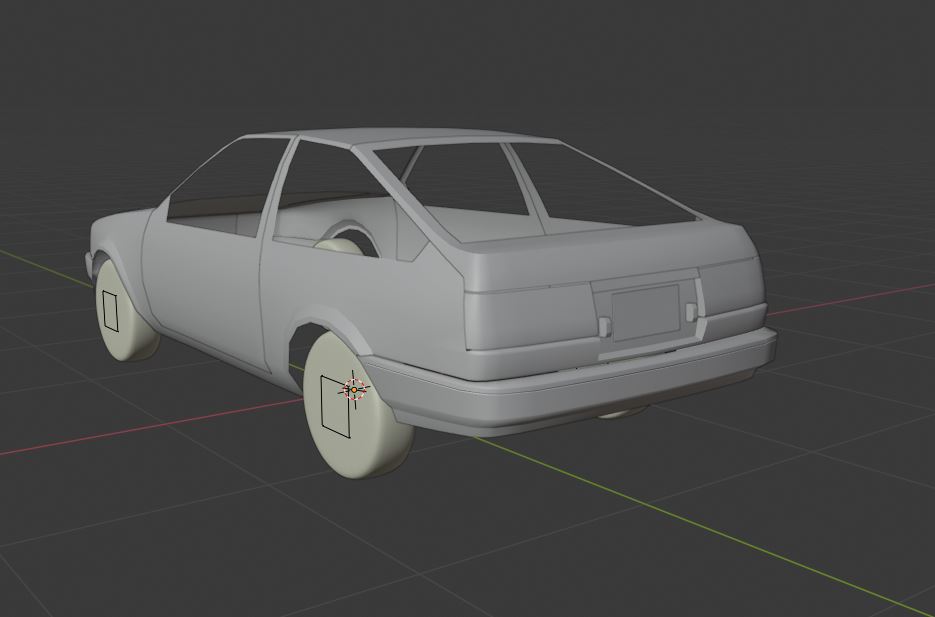 Yuuuuuuuuus! The Kunos one is an abomination.

GTAce said:
Yuuuuuuuuus! The Kunos one is an abomination.
Click to expand...

but glad you are enjoying a new mod being made

And more. Largely fixes on forms. It's starting to look a bit like a real car though.

so you've done more in few hours, than me in few months
keep going!

Yes. Pretty much everything is modelled wrong in some way.

GTAce said:
Yes. Pretty much everything is modelled wrong in some way.
Click to expand...

Premium
I wouldn't call it an abomination, it still kinda looks right if you squint and look at it at an angle. However there's stuff really visibly off even in front of your face in the cockpit, and I just had enough.

Instead of fixing the KS car interior, and wheels which bother me why not use a few months extra to just make my own, and in the spec I want? I've wanted my own 86 mod since the early 2010's in rFactor . 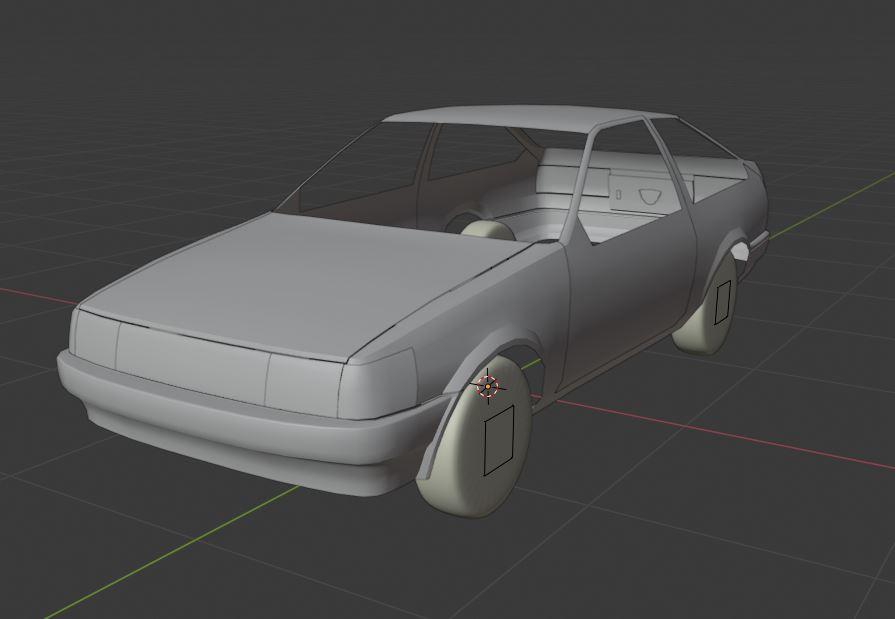 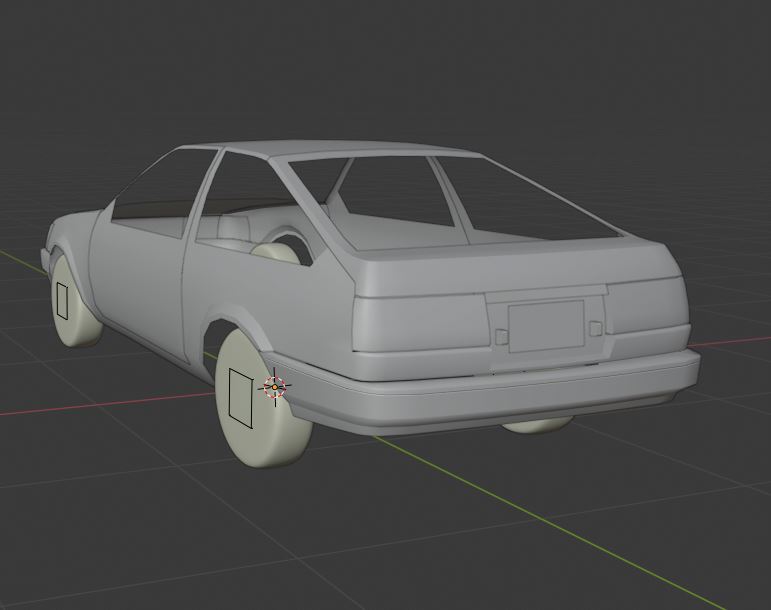 Front quarter and light still really inaccurate, but it's getting there. Was much worse before. Pretty happy with how the rear is coming out. 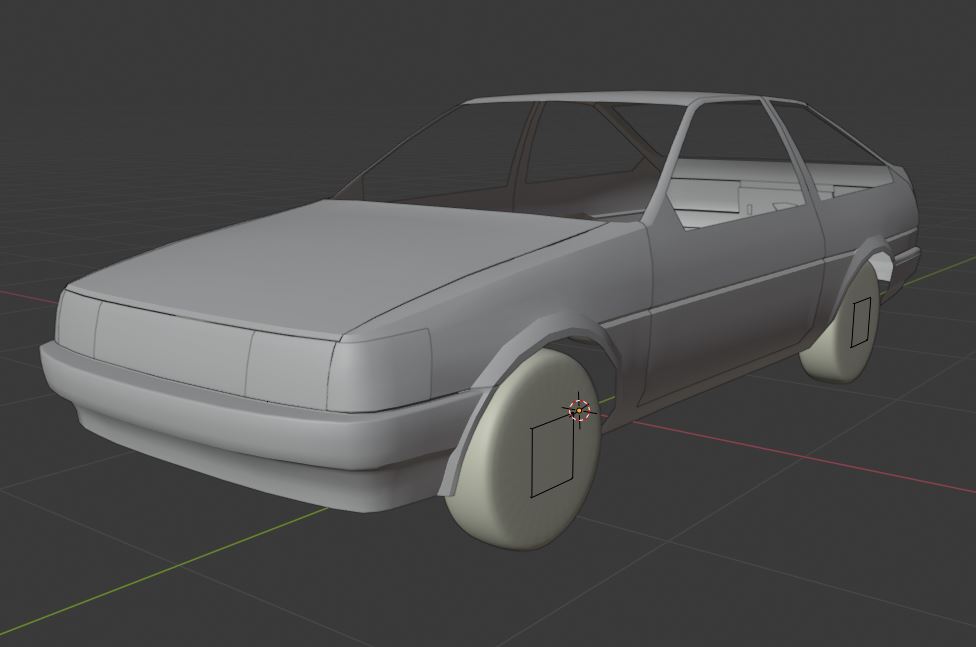 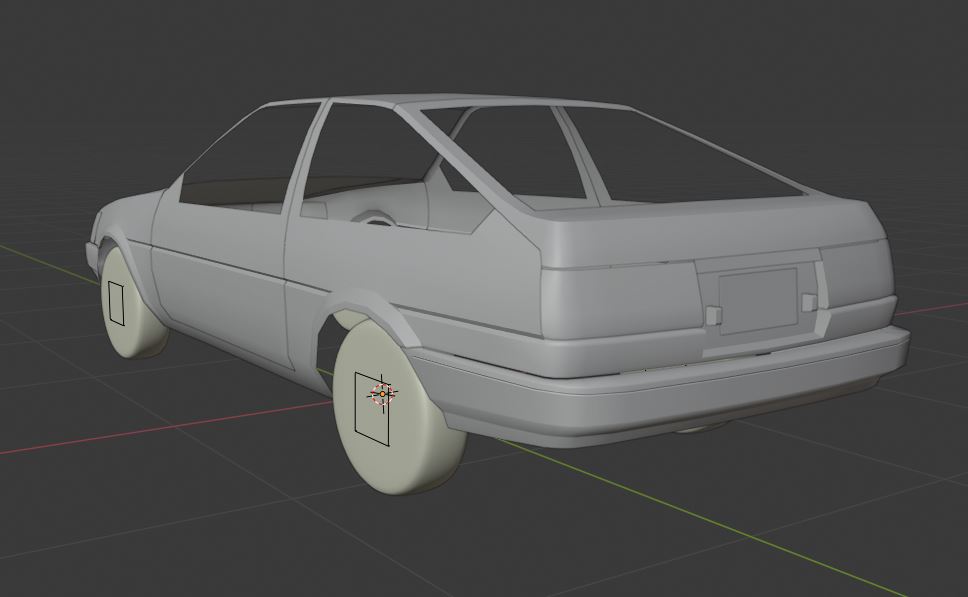 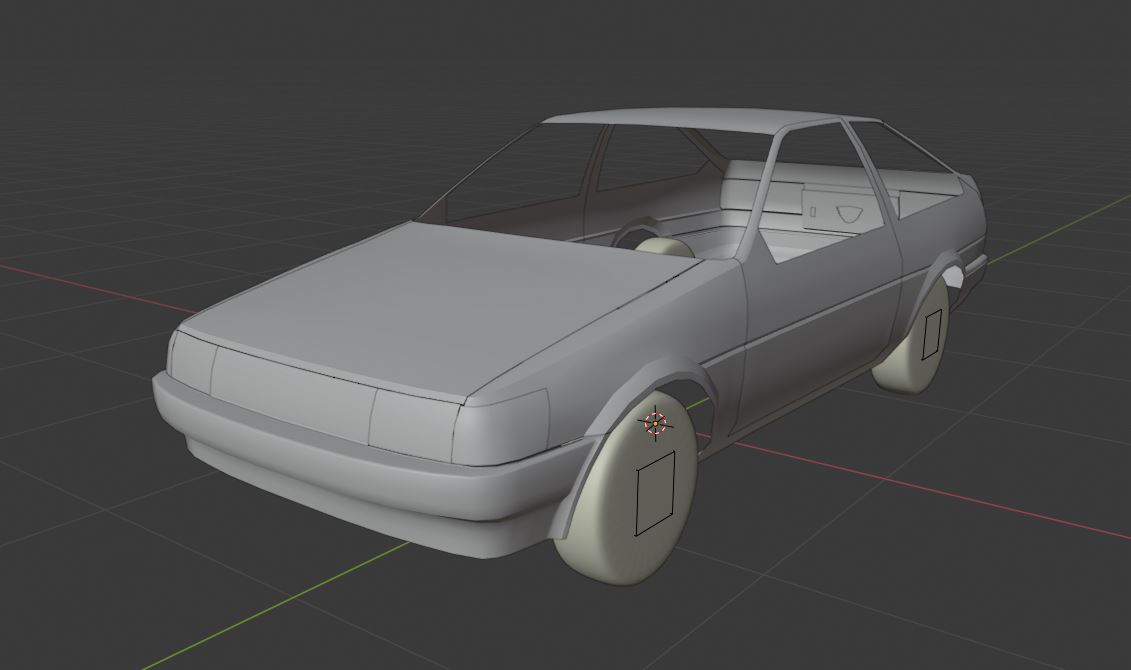 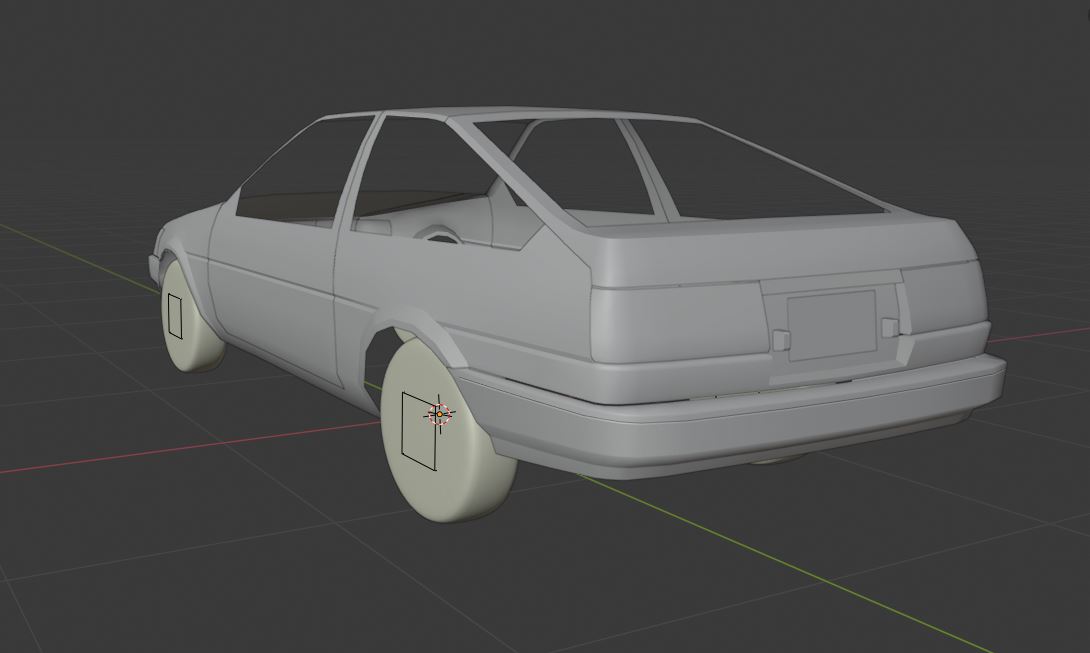 Yet more corrections. I'm not gonna go past this stage until the lights and bumpers are correct. I think the nose is still too tall, need to take a better look at it.
N

TBH it was wierd that no stock AE86 was included in DLC. Looks wonderful!

Nedddo said:
TBH it was wierd that no stock AE86 was included in DLC. Looks wonderful!
Click to expand...

Well, there was the "Stock" AE86 that Kunos released in their Japanese pack. It's just not very accurate. The sound, while not perfect and not even from a 16v, is probably the best part about it, although I wish it'd be a bit quieter.

I can do physics and most of 3D, I think it's unreasonable to assume I'll be able to learn good sounds too. 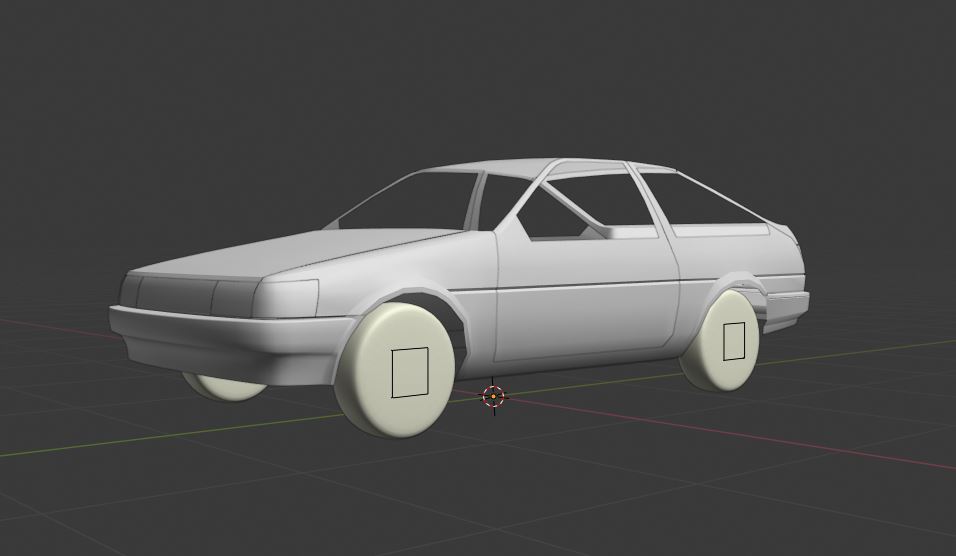 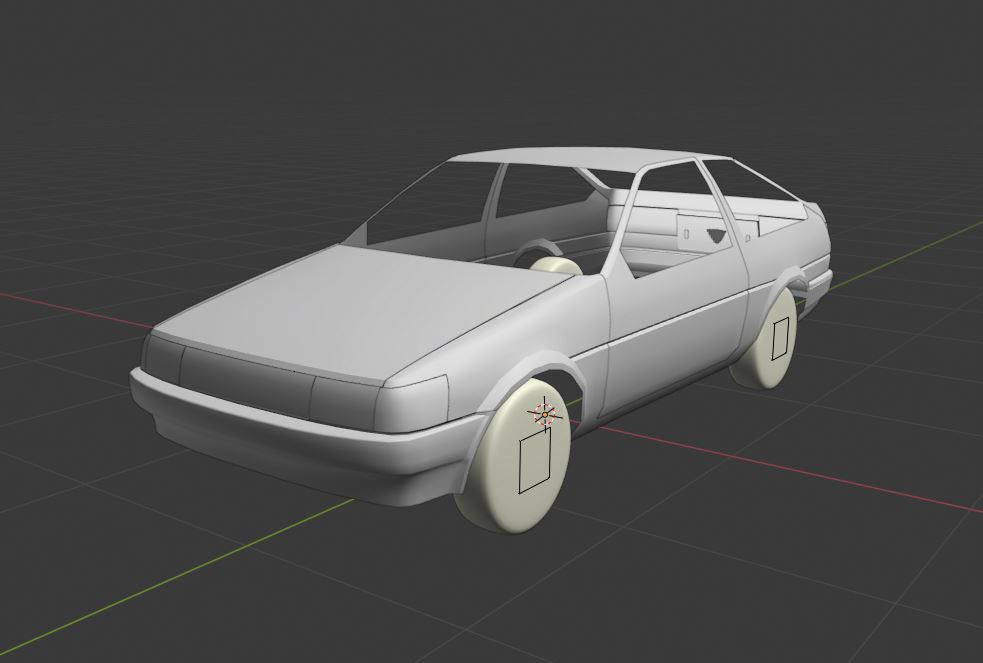 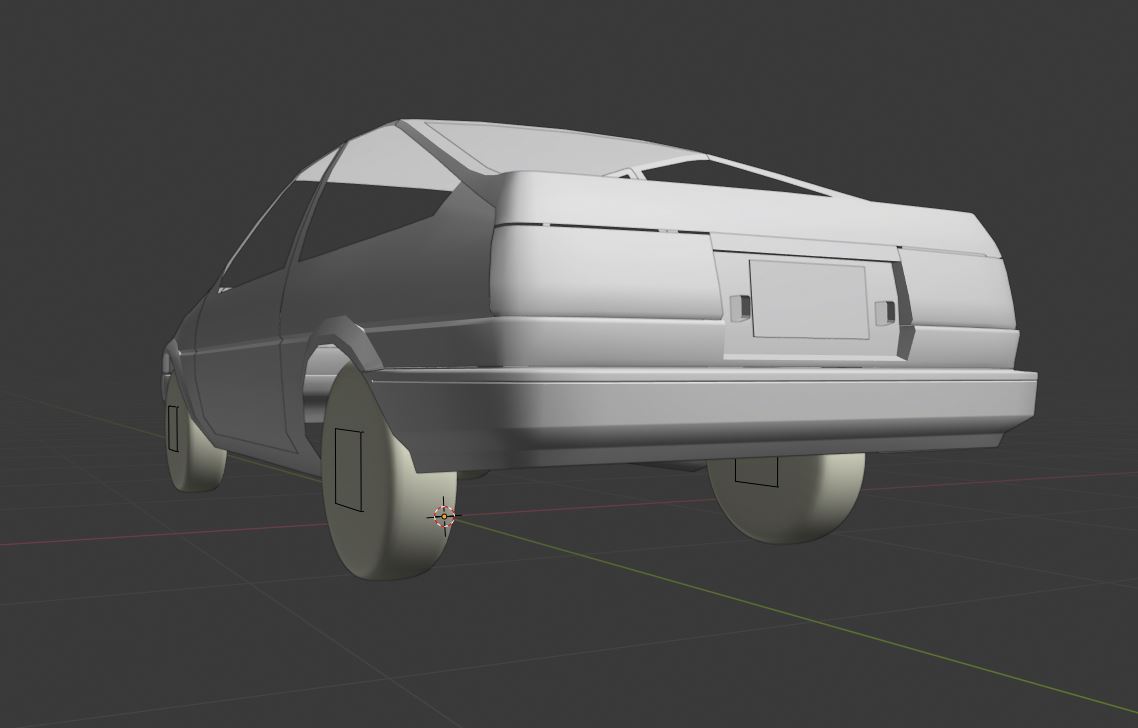 Missing cut/indent/seam on the front quarter
Still not curvy enough bonnet from the side
Nose still too tall just a bit probably
Need to mould the license plate area nicer (After the big forms are in place)
Rear and front bumper form just a bit off
Needs wheels!

Premium
Are you photomatching? Or how do you go about it?

AccAkut said:
Are you photomatching? Or how do you go about it?
Click to expand...

I did a whole bunch of photomatching when the car was still a bar of soap to get the basic stuff right, now some things I don't use it for (Obvious stuff like; straight here, not rounded) but I'll want to start to do it again later. Blender doesn't have an in-built really nice photomatching tool from what I know, so I have to use external image software which is a bit slower, but does the same job essentially. Higher margin for error though, in addition to the usual margin for error.

I'm largely still looking for good ref, because while there's a ton of pictures of the car, there's not that many specifically 1983 Zenki Levin 3 door pictures. Some bumpers look damn near identical to the correct one, so it's easy to go wrong there. 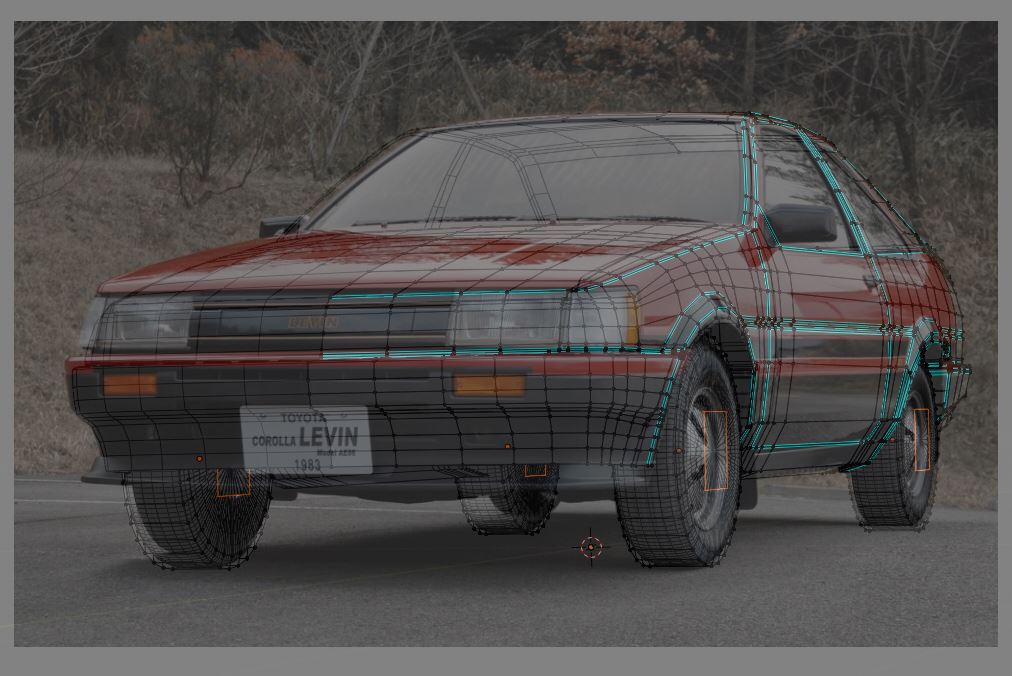 Ton of margin for error when done fast and without knowing the picture's properties, but at least some angles are making sense somewhat. 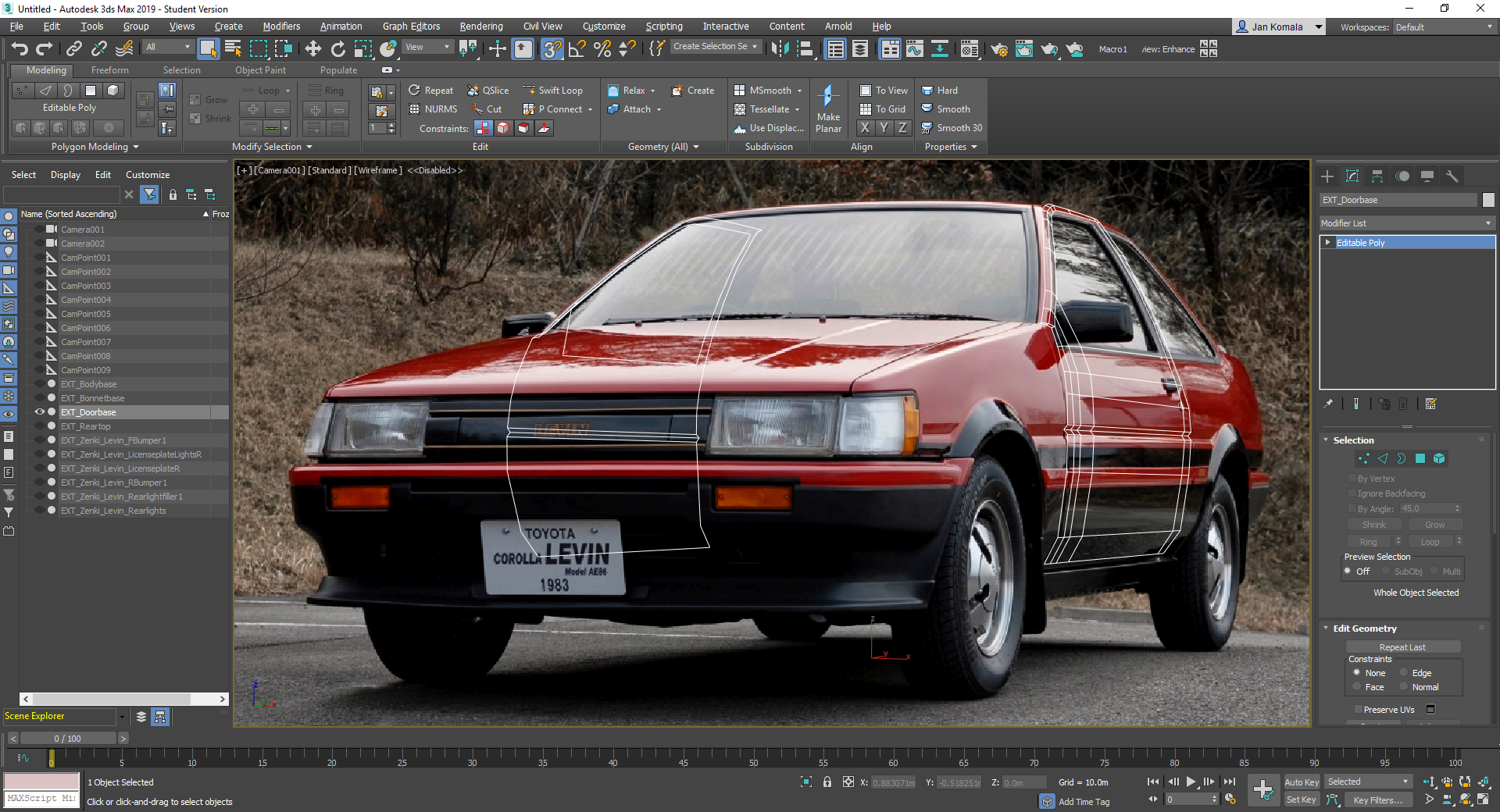 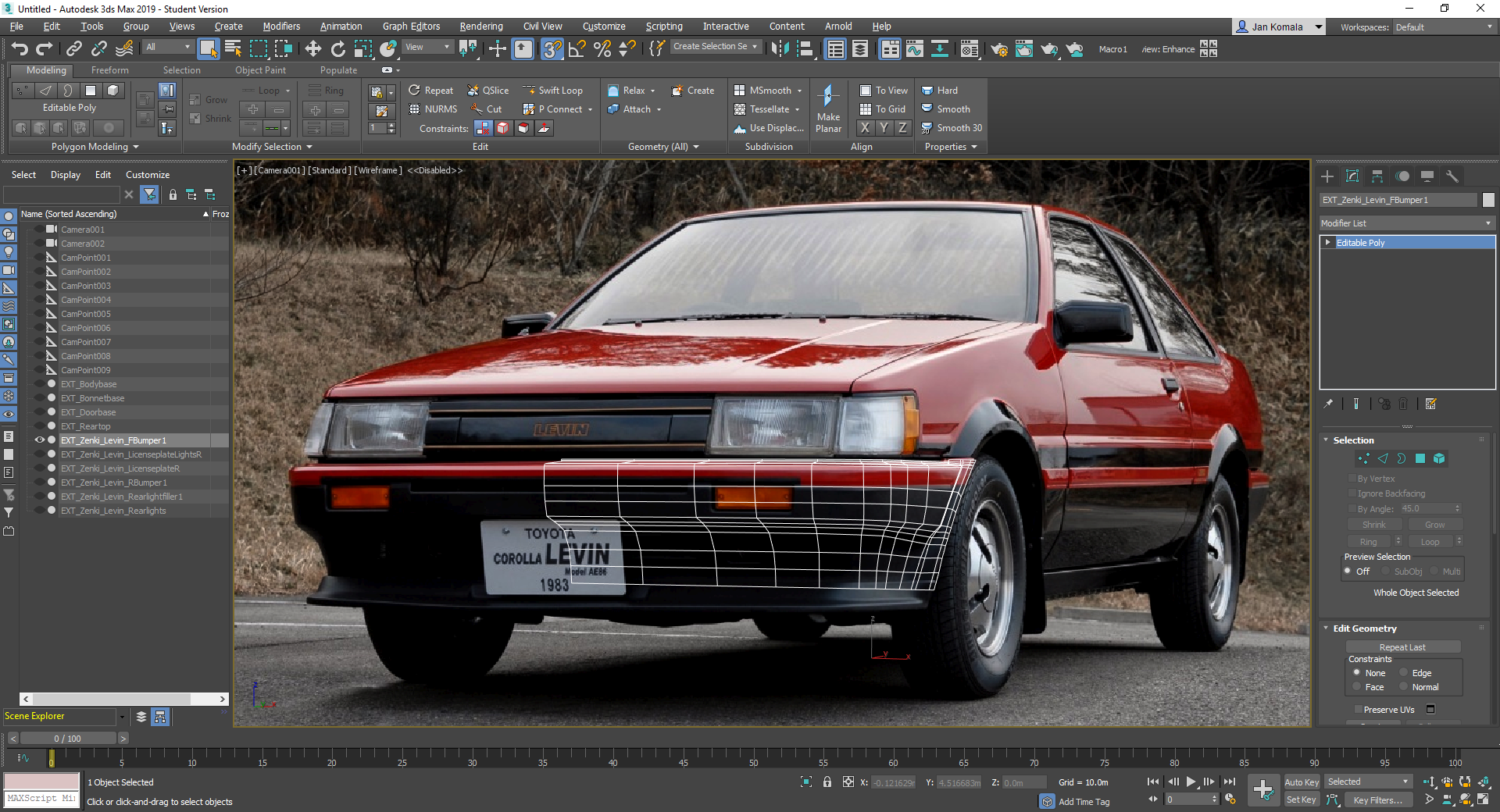 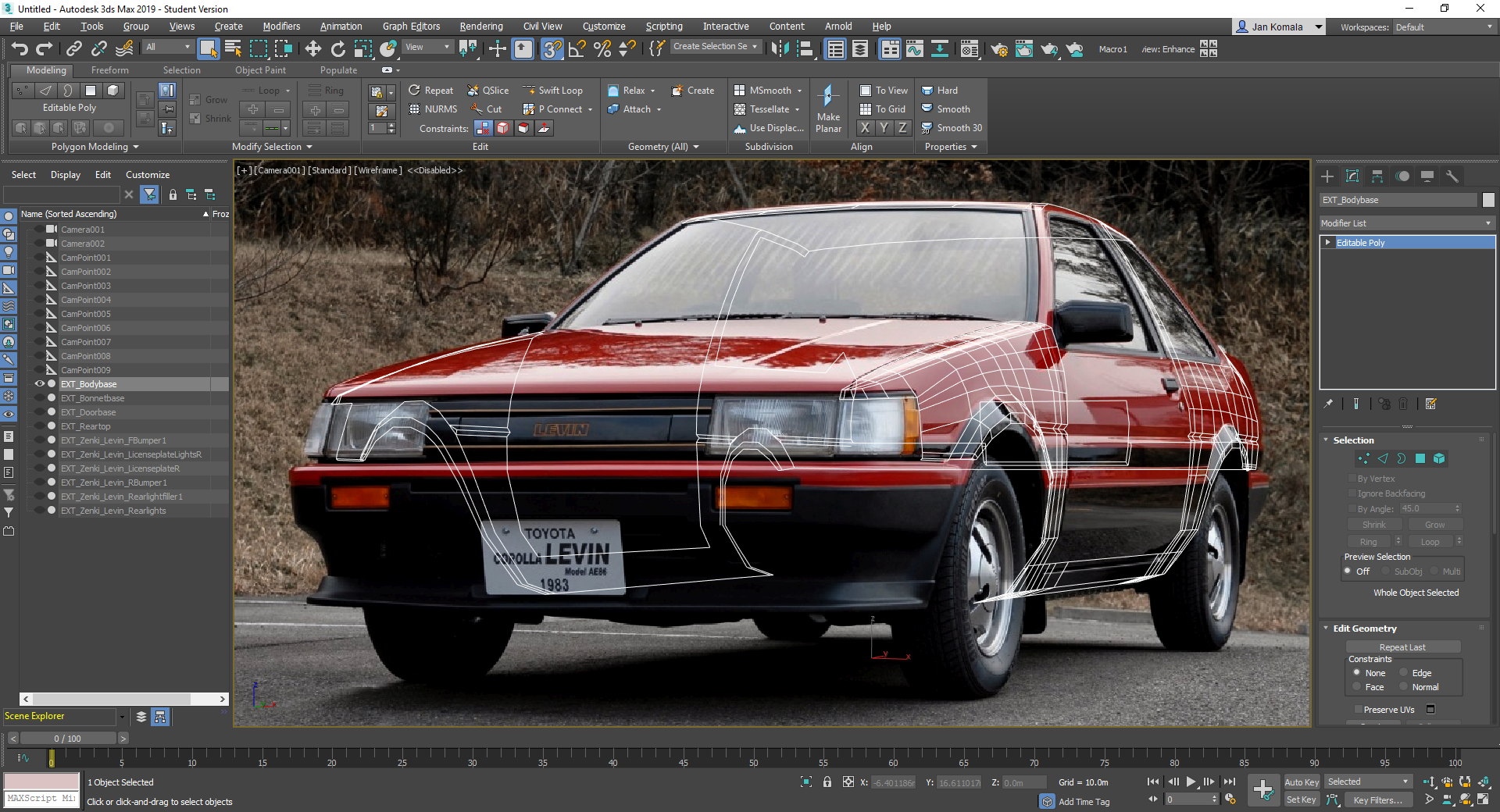 Rear hatch is also too short; makes the lights too tall. I was aware of that one, you can tell just by looking.
Last edited: Apr 6, 2020 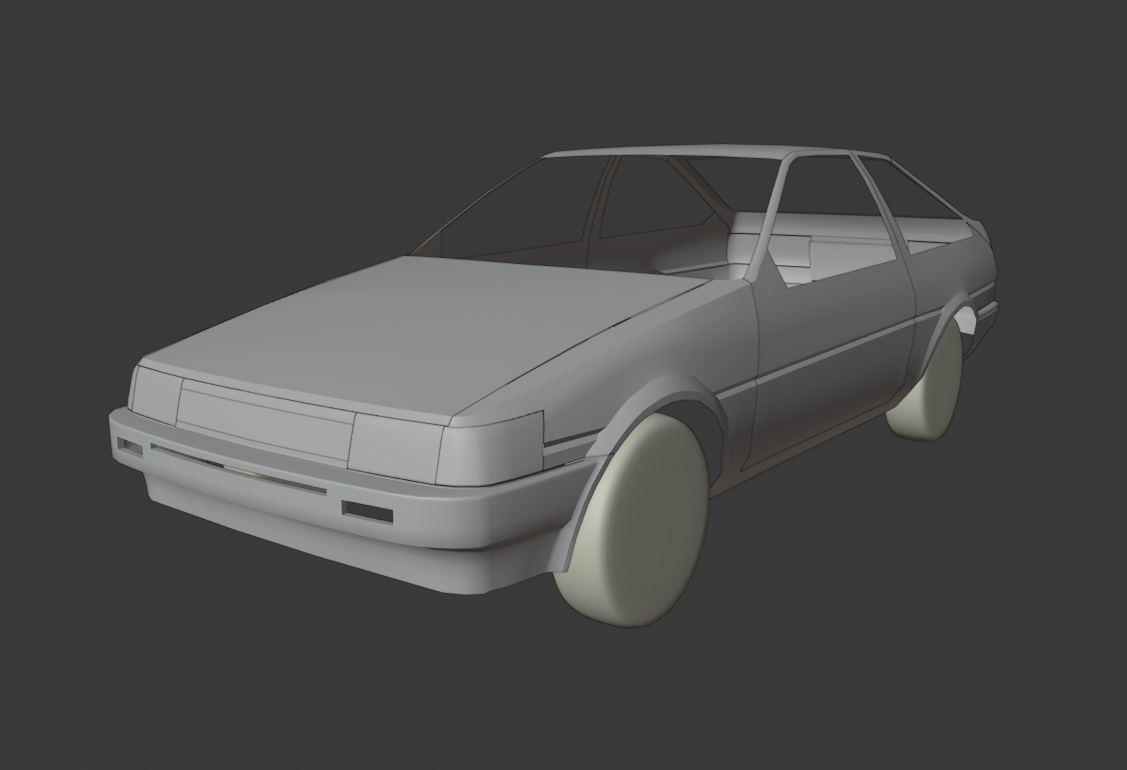 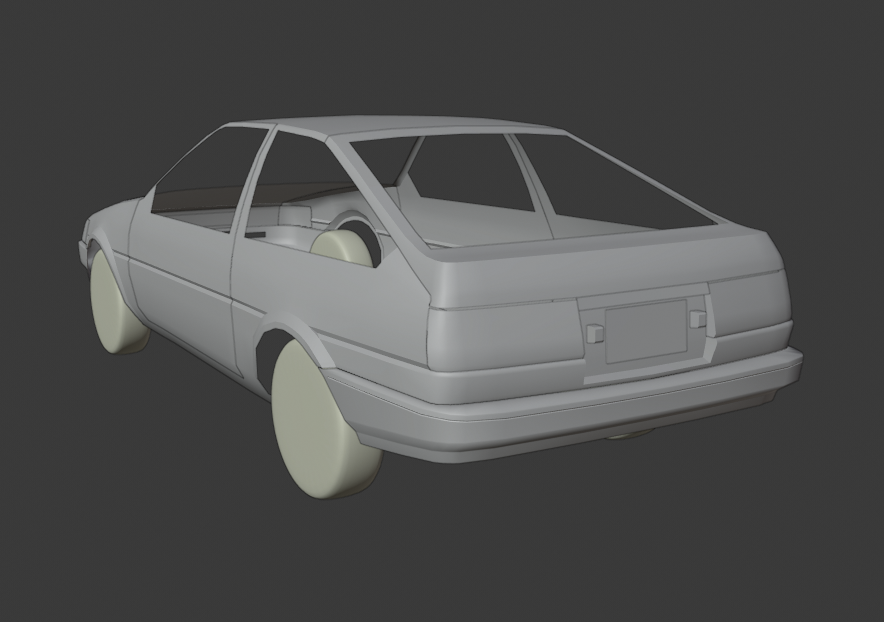 Bunch of small stuff + starting to rough detail the bumper to get a better idea of the form for it and everything around it.

Premium
Oof. that bumper was way off. Still a bit, but not so much. 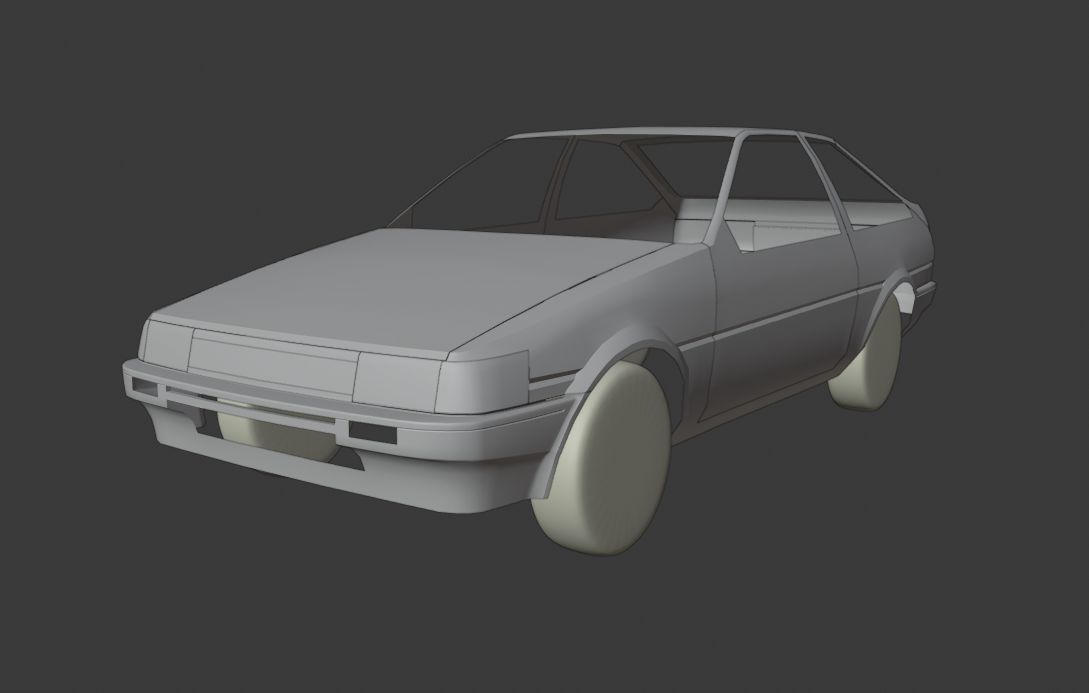 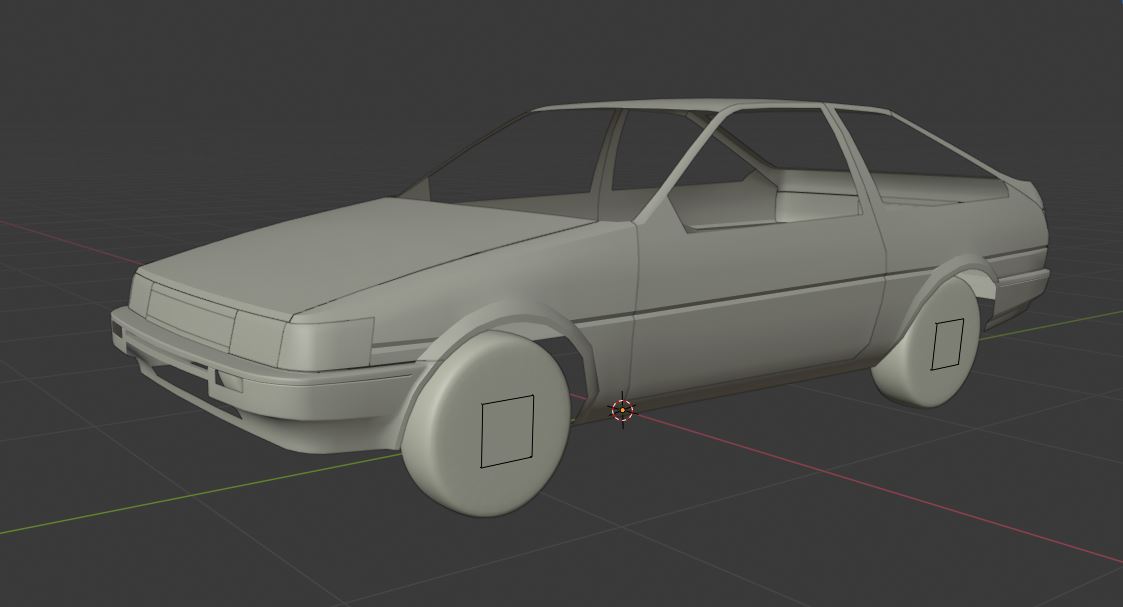 Front bumper forms more accurate.
You must log in or register to reply here.