Time Travel to any Race in History

If you could time travel to any race weekend in history, which race would it be and why? As a fan, you can participate in all the pageantry and fan events held that weekend.
C

For me, it would be the 6th running of the Internationales Avus Rennen Grand Prix held on May 30th, 1937.

"Both [German] teams had done a tremendous amount of work for just this Formula Libre race, building special streamliners, developed from their speed record cars. The teams had also done several pre-race test sessions. The result was the most spectacular entry of sheer speed in the pre-war era." "It had been the fastest race ever and it remained so until the 1958 Monza 500 mile race."
-The Golden Era of Grand Prix Racing

Essentially it was a race with land speed record cars on the high-speed AVUS circuit. 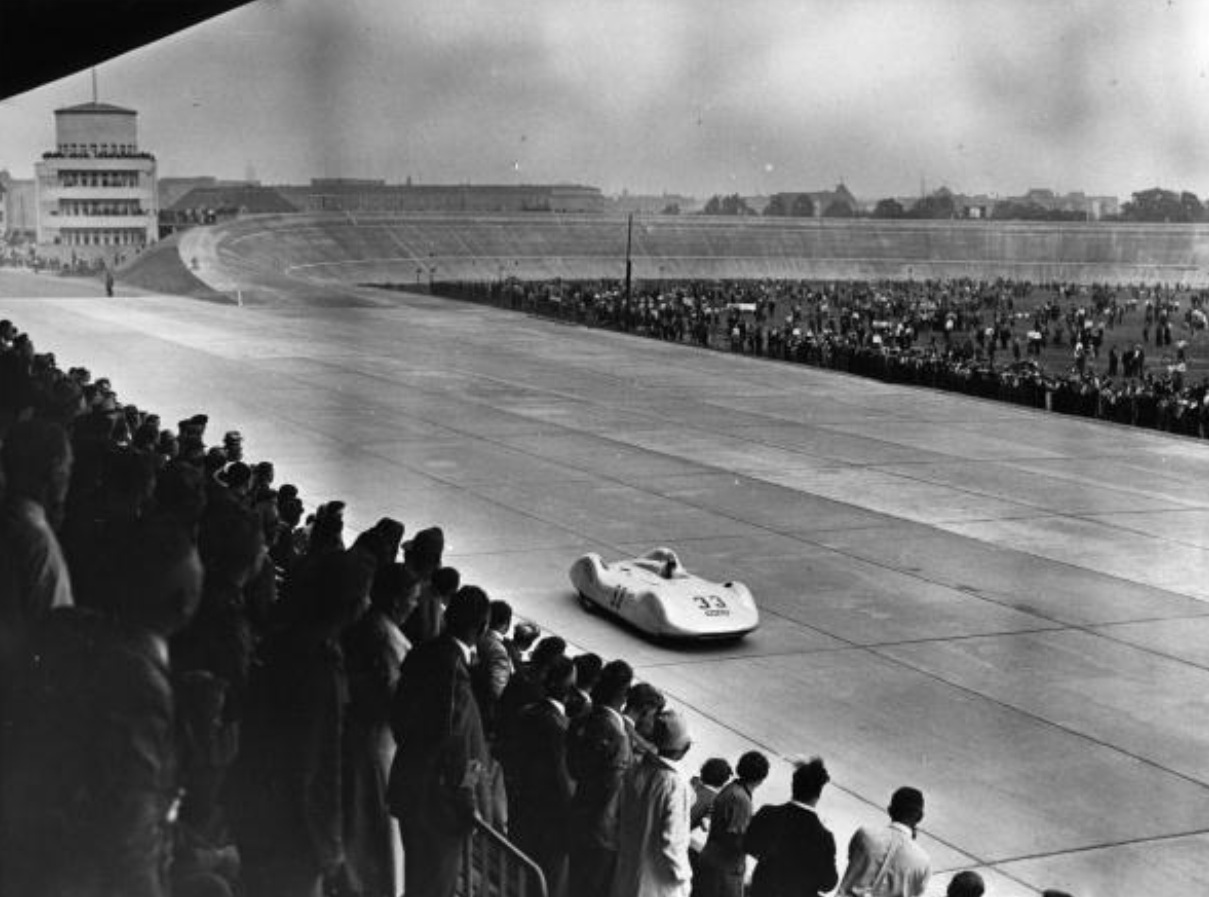 As a GPL fan, watching an F1 GP from 1967 would be amazing. Being at the 1969 Le Mans has to be very high on the list too. But I think I'd opt for the 1973 Tourist Trophy Race at Silverstone. The height of the battle between BMW and Ford for the European Touring Car Championship - these cars must have been spectacular to watch.

Thank you for asking, since last Feb I have done this kind of time travel whenever I want, last time today one moment ago

This real car (see video below) is the role model for my GTR2 mod, the "same" car in real life, my own Street Race BMW Turbo, 900 kg / 300 hp. I build it from "scratch". Nowadays, you can buy a fast street car at the store, but at that time we built them ourselves, that was my youth.

My own street race car (white BMW 2.1 Turbo), Warning! video is not HD quality! It is 30 years old clip taken with VHS camera!

I find that video clip in February this year, it was shot in 1989 in Hanko, Finland and posted on Youtube in January this year, 30 years later, for me to find this clip was like a jackpot! My own car alive again, it's alive!!!

And that is what came to my mind:
In R3E I would like the opportunity to customize cars like we have with Simbin GTR 2, it was so fun to do something like this (see video below)

This car is fun to drive (4wd BMW 2002 Tii + Turbo), it is ten times more fun than them Group B rally cars we have in Assetto Corsa, I expected a lot from them, I was very disappointed so boring cars.

I would like to have at least one car like that beast. 800 kg / 1000 hp, 4wd, superfun, it's almost as fast as F1 car. This one is my own private mod. Once you try it you may don't wanna drive any other car, believe me. The most important thing is that with full throttle it goes faster than you can handle and is not too easy to drive fast like all of cars in R3E or any other sims.