Tiger Woods is taking an indefinite break from professional golf to tackle problems in his private life.
In a statement on his website, he said he was aware of the disappointment "my infidelity" had caused to his family.
The world's top golfer said he wanted to "try to repair the damage done" and asked for privacy.
His biggest sponsor, Nike, said it would continue to stand by him but Mr Woods's agent said it was too early to discuss any other business deals.
On his website, Mr Woods said he was "profoundly sorry" and asked for forgiveness.

I need to focus my attention on being a better husband, father, and person

The 33-year-old said: "I would like to ask everyone, including my fans, the good people at my foundation, business partners, the PGA Tour, and my fellow competitors, for their understanding.
"What's most important now is that my family has the time, privacy, and safe haven we will need for personal healing.
"After much soul searching, I have decided to take an indefinite break from professional golf. I need to focus my attention on being a better husband, father, and person."
In a separate statement on his website, he also indicated he would be taking some time off from his responsibilities with the Tiger Woods Foundation - a charity he set up with his late father to help young people.
He said he knew his staff would continue efforts to maintain the foundation's work during his "absence". 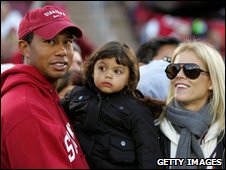 He has been married to his wife Elin for five years and they have a two-year-old daughter and 10-month-old son.
In a statement, Nike said: "Tiger has been part of Nike for more than a decade.
"He is the best golfer in the world and one of the greatest athletes of his era. We look forward to his return to golf.
"He and his family have Nike's full support."
'Thoughtful conversations'
Mr Woods's agent Mark Steinberg also voiced his support for the golfer's decision but said it was "premature" to discuss particular business deals.
"Suffice it to say, we have had thoughtful conversations and his sponsors have been open to a solution-oriented dialogue," he said.
"Of course, each sponsor has unique considerations and ultimately the decisions they make we would fully understand and accept."
In a statement the Professional Golfers Association (PGA) Tour said it supported the golfer's decision, the Associated Press news agency reported.
Tour commissioner Tim Finchem said the celebrity's "priorities are where they need to be". 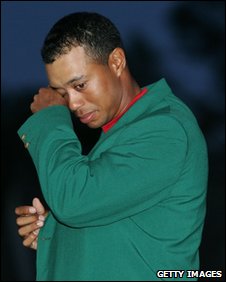 "We look forward to Tiger's return to the PGA Tour when he determines the time is right for him," he said.
In London, lawyers for the world number one golfer obtained an injunction preventing certain information purportedly about him being published.
It was granted by a judge at the High Court, and concerns alleged information which cannot be disclosed for legal reasons.
Last week Mr Woods apologised to his family for "transgressions".
Speculation about his private life has been intense since he was involved in a car crash outside his Florida home two weeks ago.
Newspaper allegations followed about extra-marital affairs.
Mr Woods has not been seen in public since the accident, in which his car hit a tree and fire hydrant.
The golfer, who was found bleeding and semi-conscious, was later charged with careless driving, which carries a $164 (£98) fine and four points on his driving record.
Mr Woods has become an international sporting icon since winning his first major in 1997 at the age of 21.
At 33, he is just four short of equalling Jack Nicklaus's record of 18 major victories and is regarded as one of the world's all-time great golfers.
A

Well.. Not a Tiger anymoar is he? McIlroy's my new tiger
R

My mate saw him with a Ferrari with "R" plates on over the summer
Click to expand... 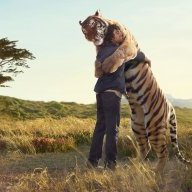 I herd he's in Sweden now, rehabilitation, maybe....
A

HE had to pull out of a competition because he was sick weeks ago. at -7, 2 shots off the pace.. Nedbank (Are we talking about McIlroy or Cheetah Woods?)

Seriously some people always need to make profit out of others misery:
http://tigercondoms.com/