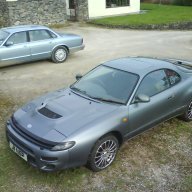 hello again folks
iv just completed a wheel repair on a TX base, new glue, talked about in this thread...... have a quick look

its already completely stripped down and ready for repairs. iv considered getting a replacement but i want to be up and running tonight hahahahaa ;) edit: kick a55 thread lock being delivered at 2am.......... were back on the road hahahaaha and this 'the JST connector for the hall sensor was...

so on the above, the notchy feeling and the hall sensor position

iv been fiddling about with the wheel again this evening, it felt notchy, so i decided to have another look at the hall sensor position and its effect on the wheel, i also got a fellow sim racers to come round and observe to prove i wasnt gangster tripping......... heres what we found......

so, i removed the fibre washers/spacers(mod) from the hall sensor mount points and re attached, i hadnt noticed that the sensor was misaligned, not parallel with the magnet face. i soon noticed that something was wrong as when plugging the USB in the wheel rotation going right was stronger than it turning left on calabration. the wheel was also very free moving, very little notchy....ness ha.

i believe the reason why the wheel turns faster in one direction than the other is because of the mis-aligned sensor(proved with the next test), i also think that reason this happens to wheels that havnt been opened up before is the failing glue on the shaft rotor could causes the shaft to move ever so slightly too close to the hall sensor, as iv shown here, distance and angle of the sensor are critical to the operation of the FFB, dont ask me why this is the case mind hahahahaa

We then re attached the sensor using the fibre washers/spacers, and i told 'fellow sim racer observer friend' to watch how the wheel now initialized, i said it would be more aggresive and equal in speed both left and right, sure enough, i was correct, NO DAMN WAY he said(T500 user) now, check how 'notchy' the wheel feels than before, and again, no way, you can feel it now, its not as smooth(she said)

to sum up here
motor turning faster in one direction to the other is due to the hall sensor alignment
and if its notchy, theres a good chance the magnet is now further from the sensor that it originally was

both of these issues can and will be caused by the glue on the shaft/rotor failing allowing the motor shaft to move forward and aft of its ideal position, moving the position of the magnet closer or further away. were talking MilliMetres here folks, not inches

id like to see if T500 users can get there wheel to be smoother by moving the sensor closer to the magnet some how.
im also wondering if a stronger magnet would allow for smoother wheel rotation on the TX/T300

hope this helps someone out future