The season is upon us. What to watch out for and what to expect.

The 15th season of Formula Sim Racing kicks off with round one of all three titles at Albert Park Melbourne this weekend.
Its shaping up to be an intensely exciting and the most unpredictable season for many years.
Why you might ask?


What's happening in Pro?​
Pro is always a melting pot. The new drivers arrive to discover what “FSR” is like or perhaps with something to prove, either to themselves or to someone else. In recent seasons there has often been “a find” on the Pro Grid. In 2014 the Champion was Rens Klop who in his third season in Pro made a step up and won the title with rounds to spare.
The “find” however was arguably Kuba Brzezinski. Arriving late in the season he was all but unbeatable on pace and has skipped the usual move to Ace and been promoted all the way to World Championship.
Jeroen Kweekel is rumoured after some great results in 2014,to be staying in Pro to try to win the title. However well placed team sources tell us that there is likely to be another “find” on the grid in 2015. Will Kweekel take it in 2015 or will a newcomer relegate him to bridesmaid? Other drivers evolve in Pro as seen by Klop in 2014.
So in Pro you never know what you might witness at the front. Expect the unexpected.

Tune in on Sunday at 14:00 GMT (earlier for qualifying and warm-up) to the live stream.

Ace​
Ace gets serious for 2014.
Instead of 60 and 30% races, Ace moves to 80% race distance which will test the drivers concentration even more and create an interesting strategy environment.
Some say that Ace is where “hot-lappers” learn to become grand prix drivers. You need to be fast but you also need to manage a race of 47 laps.

Daniel Kiss will stay on to fight for top honours in Ace.
Also the reigning Pro champion Rens Klop will now step up to Ace. He will be joined by Mikko Soukas and Alessio Campus. It's defined in the rules that the top three drivers in the two lower championships are required to move up. This wise rule prevents a WDC driver using for example Ace or Pro as a warm-up and destroying the opportunity for new drivers to compete. Michi Hoyer is rumoured to be on great form. If you have the pace to win in Ace you have the pace for World Championship. Who will it be in 2015?

Tune in on Saturday at 17:00 GMT (earlier for qualifying and warm-up) to the live stream.

World Championship​
A new “King of Sims” will be crowned.

Bono Huis the legendary 5 time winner of the Thrustmaster FSR World Driver Championship and considered by many the fastest sim racer of all is taking a season out.

But all is not as it seems at first glance. His great rival Morgan Morand started working with the new simulation Rfactor2 earlier than Huis and most commentators will agree that in 2015 his long time adversary, Frenchman Morand had the edge. He out-raced Huis on most occasions and even after a DNF in Melbourne and an incident in Japan denying him many points the title seemed in the bag at the final round at COTA. He could win with P4 even if Huis won the race. It was a double tap on the pit lane speed limiter and the resulting drive thru that left him in an unheard of P6 and denied Morand the title. We have seen him briefly on track at a wet weather test at Spa and his pace looked imperious.

Will he have it all his own way? We don't think so. For example Martin Gosbee showed he is a WDC race winner in 2014. Jim Parisis showed great form at the end of 2014. Not to mention Brzezinski who despite the jump from Pro to the “big league” those in the know are expecting multiple podiums. This is before we even think about the top two or three stepping up from Ace. In Muhammed Patel and Marco Conti you have two drivers who have race winning pace and are used to winning.

We will also see Jonny Simon the talented FSR live-stream pundit and P4 in Ace 2014 put the theory into action as he calls one race, then gets in the car for the Championship race himself.

After the usual debates and political wrangling behind the scenes its show time!

To study the form see the entire 2014 results HERE

Tune in on Sunday at 17:00 GMT (earlier for qualifying and warm-up) to the live stream.
Last edited: Mar 31, 2015
Reactions: Paul Brennan, Kris Cobb, Jonny Simon and 4 others 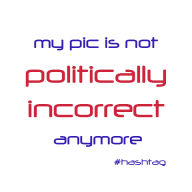 Nice, but just little note - Jiri Toman is not participating in WC this year. Same with Ivar.
Btw, Bono had also DC in Canada, to mention both sides

Martin Hodás said:
Nice, but just little note - Jiri Toman is not participating in WC this year. Same with Ivar.
Btw, Bono had also DC in Canada, to mention both sides
Click to expand...