Round 2 of RaceDepartment's Thrustmaster Australian Formula Master took place this past Saturday evening. With the events of Round One behind them, and copious amounts of practice put in during the lead up, the grid was primed for a sensational race, and where better to have such a battle of (virtual) man and machine than at the Baby Green Hell: Nurburgring Grand Prix Circuit.

Qualifying:
An intense session unfolded where the two Championship rivals: Sun Levi and Ben Dowel, turned heads and raised eyebrows as they delivered highly impressive laps towards the end of the session as the track started to yield more grip. On his third flying lap, Levi put in a session best 1:53.836, which was almost matched by Dowel who fell just a tenth and a half short of pole position.

Chris Stacey headed off the 'best of the rest' as no one but Dowel was able to lap within 1.5 seconds of the astonishing pole time. Evan Spall and Jamie Pyatt both had very strong sessions qualifying fourth and fifth respectively, while David Armstrong missed out on the second row by a tenth of a second. The two RedCow racing drivers of Justin Talent and Ashley Cowan were unsatisfied with their starting positions. While RedShift Racing's Michael Stead could only manage 8th on the grid after his strong showing in Round One.

Race:
Off the mark, Dowel was able to get along side Levi after a blistering start, and into the first corner they went side by side with Levi on the inside. The tricky Arena complex at the Nurburgring was next up for the leading pair, and Dowel's outside line for the first turn set him up perfectly for the inside line into turns two and three. Having the inside meant that Dowel was able to relegate Levi to second place; a rare sighting to say the least. 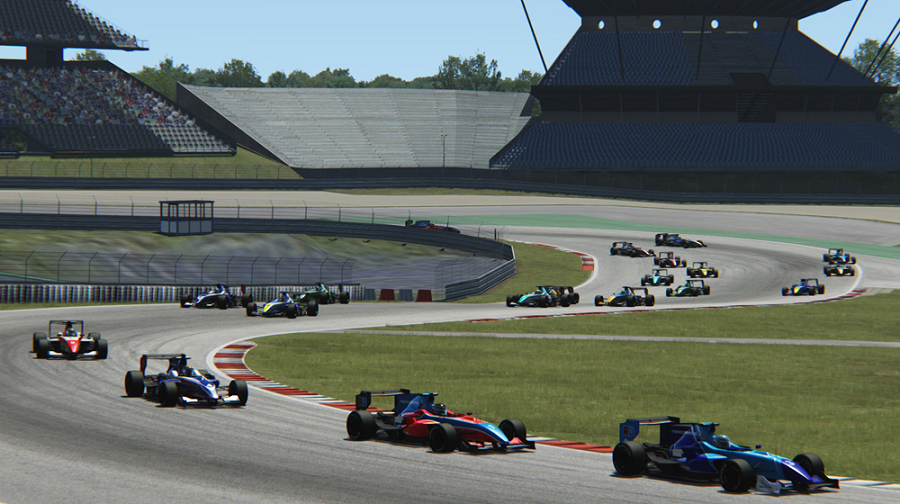 The field begins to spread out as they prepare to do battle over the next 120 kilometres.

As the bulk of the field made their way through the opening corners, Tony Binelli was tapped from behind by Frank van Oeveren, sending him into a spin and arriving at the exit of turn three backwards. This triggered a small domino-effect as Matheus Machado and Phil Manning had no chance to avoid contact, resulting in a spectacular crash for Machado who ended up rolling his car after heavy contact with the barriers on the outside of Turn three.

After the opening corners, the field began to string out like a rubber-shod centipede of speed, with the hard charging Dowel fending off an aggressive Levi into turn five. Chris Stacey was able to hang with the lightning quick duo for the opening two laps, however he soon dropped back as the pace was too much for him to safely maintain. On lap two, Levi launched an early assault on Dowel by forcing his way up the inside of turn one. Similarly to the opening lap, Dowel claimed the outside of turn one to ensure he retained the inside for turns two and three, however Levi had obviously learned from the previous lap, and managed to overtake Dowel around the outside of turn two before aggressively sweeping across to the inside line for turn three. 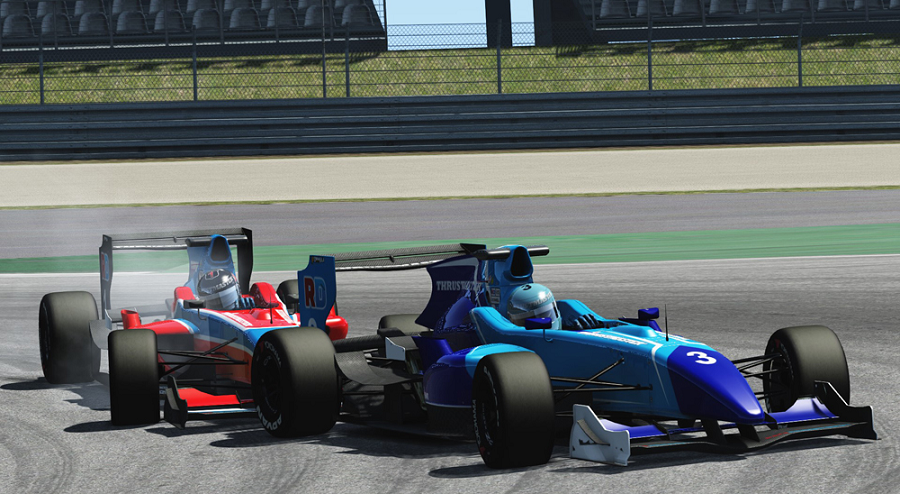 Could this be the moment that defines this championship?

On lap three, van Oeveren found himself in the action again as he attempted to overtake Fred Locklear on the inside of turn three. The Dutchman felt he had enough of a gap to make the move stick into turn four, but the American driver didn't want to yield the position so easily. Contact was made between Locklears' front wheel and van Oeverens' rear wheel, sending van Oeveren into a half-spin, dropping him down to a lowly 17th position.

As the race progressed, the leading pair were virtually inseparable, trading fastest laps and pulling away from the pack at nearly a full second per lap. With the Nurburgring circuit being difficult to overtake on, Dowel would have to pull out all of his tricks from his party bag if he wanted to get past Levi. Lap after lap, the battle raged on, but Dowel couldn't seem to find a way past. Lap 11 saw the best challenge yet with Dowel getting alongside Levi into the final chicane, however Levi resumed his defensive line and maintained the lead. Five nose-to-gearbox laps later, Dowel was finally able to get the tow from Levi that he'd been trying to get all race long, and he made a late braking maneuver into the tight first corner to finally take back the lead of the race. However, Levi saw the move coming, and attempted to cut back underneath Dowel, but he carried slightly too much speed and made light contact with the rear of Dowel's car, sustaining damage.

With a troublesome front wing now compromising his efforts, Levi was unable to match the pace of his championship rival, and Levi would have to settle for second place as his chance of the victory was quickly getting away in a #3 marked blue car. 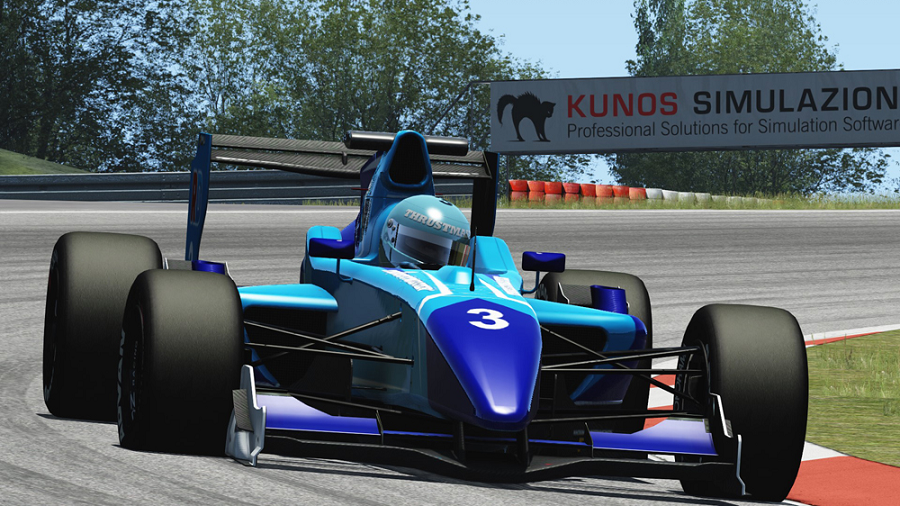 After a scintillating battle for the lead, Ben Dowel brought the car home to take his first win of the season, well and truly staking his claim as a legitimate title contender and confirming the ominous signs shown in Round One by taking revenge and winning at the 'Ring. Sun Levi would settle for second place, seven seconds down the road. While Chris Stacey occupied the third step on the podium after an uneventful race.

Championship Standings after Round 2: 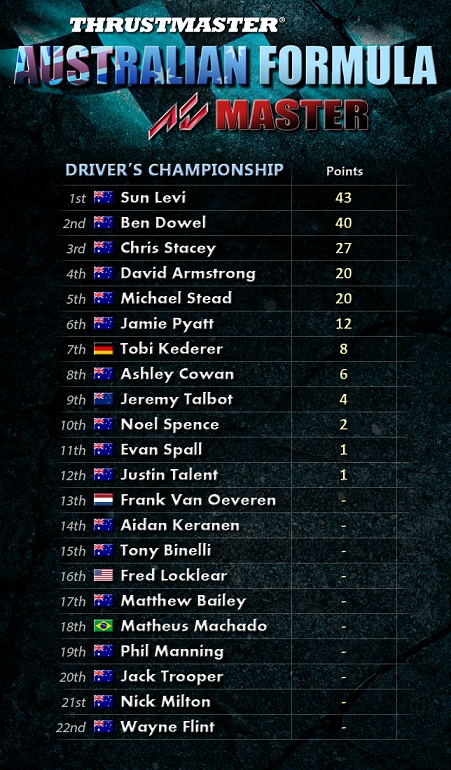 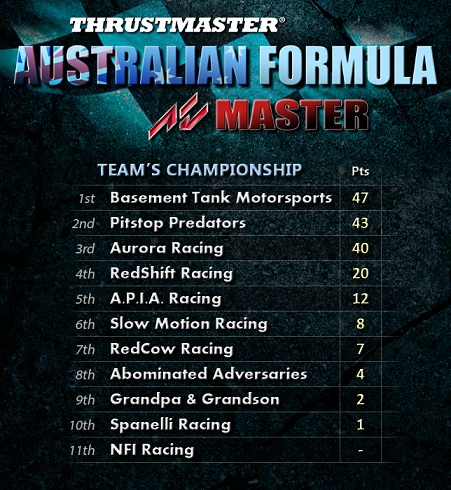 Post-Race Podium Interviews:
1st Place - Ben Dowel:
Congratulations on taking your first win of the season Ben, you must be delighted!
"I am totally elated, I went into this round quite determined to right my wrongs from the last round. Qualifying didn't go my way as I had a slide at the last chicane when I was ~2 tenths up on my final hotlap, my earlier attempt was only good enough for 2nd. Good job Sun on the pole, too fast when it mattered."

Watching the battle for first between yourself and Levi from an outsiders perspective was utterly enthralling, how was it for you in the cockpit? And what will be your approach going into round three now that you know for sure that you have the pace to not only stay with Levi, but to beat him too?
"The first 16 laps of the race were some of the most intense laps of clean, close racing I have had. Sun is a great racer and a pleasure to battle for position with. The next race at Monza will be great, and even better if Sun turns up (he suggested he might have to work). I plan to focus a little more on qualifying pace rather than race pace, that is the only place I fell short of my goal this week."

2nd Place - Sun Levi:
Well, Sun, it must be enjoyable to race as hard as that, but today you came off second best in what was a truly special fight. It's quite an achievement by Dowel to take the win here because up until this point you had won every single RaceDepartment league race you've ever participated in. Take us through your race?
"The battle with Ben during the first half of the race was pretty crazy, and was one of the best battles I've ever had. I accidentally touched his rear at first corner late in the race which set me back a fair way with the damage. But, full credit to Ben as he was just simply faster than me today."

3rd Place - Chris Stacey:
Well done on taking the final step of the podium Chris. How was the race from your point of view today?
"Thanks, yeah it was an enjoyable race for me, even though not a whole lot actually happened on my end. That's not to say that it was boring, because it's never boring in the cockpit, it's just that I was too quick for the guys behind me, and too slow for the leading pair, so I was sort of on an island the entire race. After the spin I had at Silverstone - which I feel cost me a podium - the only thing I wanted today was a clean and mistake-free race, and thankfully I was able to get just that... And a step on the podium!"

After a fantastic second round of the championship, the drivers will shift their attention to the temple of speed, and Italy's spiritual home of Motorsport: Autodromo Nazionale Monza, in two weeks time! So be sure to stick and stay with RaceDepartment.com for all the coverage of this and other fantastic league races on offer as we blur the line between real and virtual motorsport!
Last edited: Jul 4, 2015
Reactions: Pablo Cortes, Ashley Cowan, Tim Meuris and 6 others 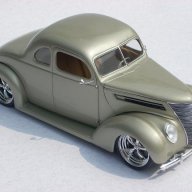 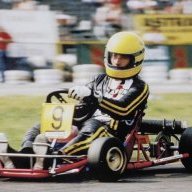 Brilliant as usual. I look forward to these nearly as much as the races
Those two upfront are . Cannot for the life of me work out where such a HUGE margin can be found by the rest of us
Reactions: RenZ_, Chris and Scrambles 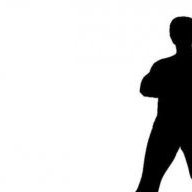 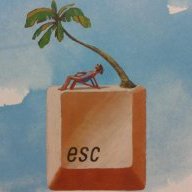 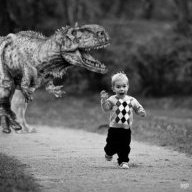