The WRC chain of dominance! 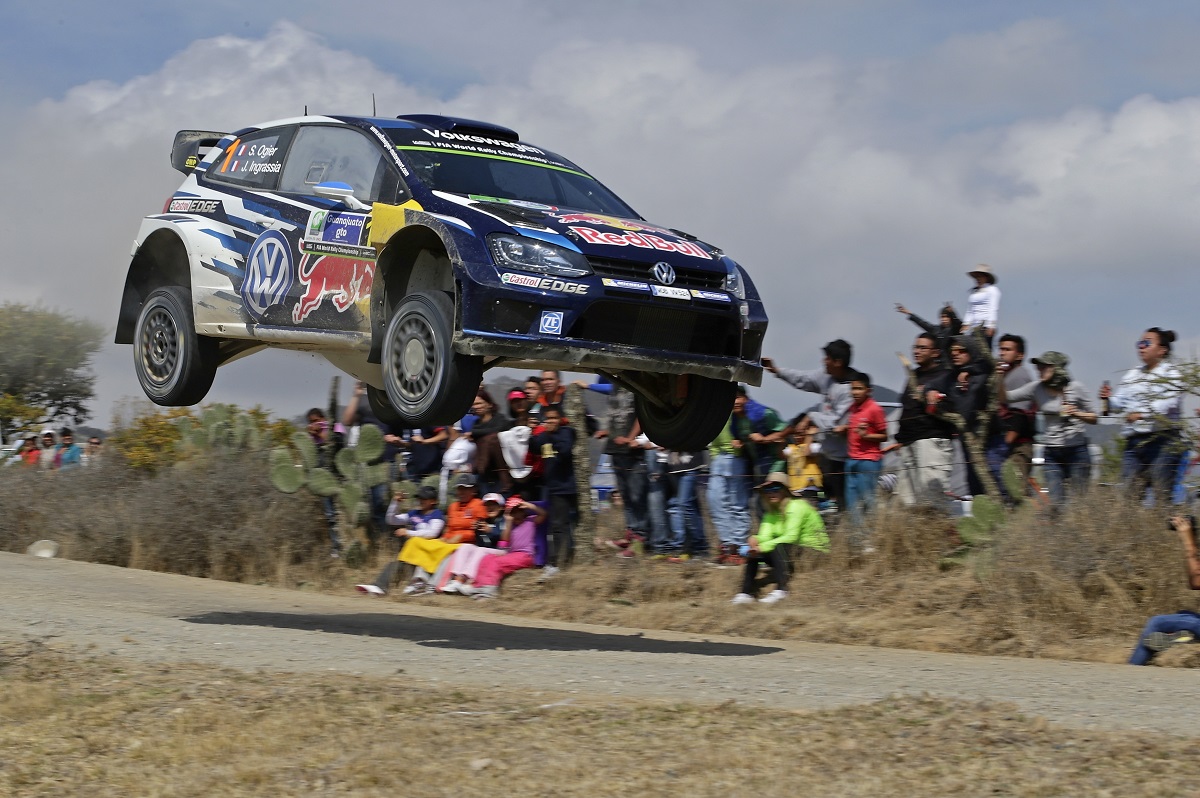 After Volkswagen's recent success over the past to 27 months, fans are beginning to think that the WRC is becoming like the Loeb era once again, however, we shouldn’t be surprised.

Success, in the world of sport success is always met with jealousy and hatred, especially from rival fans of the teams that are dominating. During Citroen and the Loeb years, fans compounded the hate upon Citroën and said they were killing the sport but the truth is the other teams weren’t good enough and the only real fighters where Ford and M-sport who stuck it to them and won two manufacturer titles. Sense then, old teams have come back in Hyundai and for the first time sense the 80s Volkswagen made its return and like a ‘Johnny come lately’ they entered with their money and managed to blow the championship away for the last two years.

If you look at the stats Volkswagen have a total of 27 rally wins in their career and 26 of those came between 2013 and March of 2015 with Mexico marking their most recent triumph and their first going way back to 1987 when Swedish Legend Kenneth Eriksson won the Ivory Coast Rally. However they aren’t the first team to dominate the sport in such a manner and because this fans really shouldn’t surprise by the current domination. Once a team captures one world title that is then followed by two maybe three more triumphs on the bounce as history has showed us sense the 1980s. When Audi burst on to the scene and introduced the four wheel drive system it was young, had its faults, but It has blindly quick soon everyone caught everyone off guard this resulted in Audi setting about a four year domination which saw them win two drivers and Manufactures titles. By the time Group A started Lancia had mastered the Regulations and went on an incredible run where they bagged Six manufactures world titles on the bounce and four drivers titles and after they retired the Drivers and Manufactures titles seems to be shared amongst many drivers and then Citroen Entered the championship with the F2 class Xsara and laid down the warning signs. Soon Loeb joined the ranks and after Peugeot and Subaru had their fill of Winning drivers and Manufactures titles Citroën went on to enjoy nine world drivers titles and eight Manufactures titles. After Loeb left we thought that Citroen Domination would dry up and it has but what replaced them was Volkswagen and Sabastian Ogier.

Now we face the same ‘crisis’ we faced for the last eight to nine years prior a one man, one team show. Due to this fans harp on about the golden days but as I demonstrated above it has been this way for years. One could argue that yes in the 90s, while Subaru took home the manufactures titles Mitsubishi took home four drivers titles that in the same decade we had five different drivers champions and four different manufacture champions it was still the same driver or team for a period of maybe three or Four Years. Also if we look at the 2000-2010 period we had along with Loeb three other world champion drivers and two other manufacturer champions besides Citroen. So as we watch Volkswagen and Sabastian Ogier reign supreme at the moment, let’s not forget the Volkswagen and Ogier are the second team and driver to win the championships and statistics suggest that we set back and wait for their time to end or, the other teams and drivers could step up and break the chain of success that has keep the championship together for so long.

If you look at the grand scheme of things though, which team is most likely to ruffle VWs feathers in the coming years before the 2017 regulations change? Ford and M-Sport are still some ways off, there car is quick and can set rally winning pace as Robert Kubica consistently shows us however, Ott Tanak is looking for a solid year this year and may not trouble the podiums, while Elfyn Evans slowly builds himself as a credible driver, so at the moment in won’t be Ford, unless their new car is far more advanced than the current car. Citroen on the other hand, have the best attacking team on paper, Kris Meeke is fast and we see it in every event, however, this year he’s made mistakes in every rally that have cost him any chance of really fighting with the VWs and if he can just get it together he would be a threat. His Teammate Mads Ostberg has been really consistent despite having technical trouble with the new upgrades and if he’s given a well run car he’s going challenge for more wins this year. Then there is Hyundai, who lets be truthful, have the slowest car of all four manufacturers, but have had some surprisingly good results last year and this year, with Thierry Neuville carrying last year’s car to places it shouldn’t be going so this begs the question what if he never left Ford? If Hyundai can get the newer car out earlier and working on par with the Polos then Volkswagen will be in serious trouble. So based of this, the only team that has a realistic chance of changing the current cycle is Citroen and they appear to be so far off as the luck just isn’t coming their way so until they and the rest can get it together, fans should just sit back and enjoy the epic battles for second and third place.
Last edited by a moderator: Mar 18, 2015
Reactions: Bram Hengeveld and Ben Milden
You must log in or register to reply here.
Share:
Facebook Twitter Reddit Pinterest Tumblr WhatsApp telegram Email Link
7 comments
rFactor 2 | Nürburgring Nordschleife PBR Update, GT3 AI BOP And New Build Released
28 comments
F1 2020 | Update 1.12 Now Available
61 comments
Community Question | How Often Do You Race?
9 comments
Penultimate Round: Nürburgring Beckons | Ferrari Hublot Esport Series
Top Bottom