Been chatting with other F1 bods in the office and here are our current talking points....

Seeing as Berger has apparently sold out his 50% share to Mateschitz we're thinking its only a matter of time before we loose one of these.

Honda up for sale... good move for Prodrive to get a quality set up at knock down price?

Rumour mill is also churning up that Williams are starting to feel the pinch even more. it would be really sad to see them go, but is it viable to keep running a mid field team in current climate?

Are we witnessing the end of F1 as we know it??? 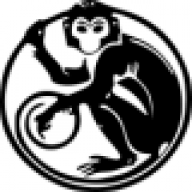 I don't think is the end, more like a new begining.

The costs incured by the big teams and the gap in performance down the field has been spiraling out of control for such along time.

Hopefully all the current financial situation will bring is closer racing and a more even playing field for the teams to compete on.

I'm not worried, the sport is long overdue an overhaul and this will guarentee it gets one.

I think theres far too much panic going on at the moment. Its all happened before, and will happen again, the world isn't going to grind to a halt.

I'm looking forward to next season, I'm sure it will be a great one.

maybe but if everyones budget is reduce then the gap remains the same.

The gap will remain the same if nothing is done to change the sport, however alot is going change so its not everyones BUDGET being reduced that matters, more that the COSTS will be reduced and/or technologies ie engine, gear boxes etc etc frozen or standardised, or even a cap on development costs may work.

Theres no doubt things will change, Mosley is on a mission to change things for 2010 also the Formula One Teams Association has agreed on low cost engines for 2011 and general cost cutting for 2009-10.

This is all good for the sport, shame about Honda but its not like they are bankrupt they just pulled the plug on the team because thay arn't willing to tough it out, and if they didn't make an improvment on their performance for 2009 it would make Honda look like muppets. (imo they were looking for an excuse to get out and the economic situation was the best they could hope for)

As long as the old Honda team is bought up and can participate next year then its a good change.
W

McLaren expects its revenues to fall by more than a third as a result of the global economic crisis, according to the Formula One team's boss and co-owner Ron Dennis.

"We know we have to reduce our costs to cater for the inevitable downturn in income that is coming in 2010 and 2011," he added in an interview that the Sunday paper said took place before Honda announced on Friday that they were pulling out of the sport.

McLaren is 40 percent owned by Mercedes with 30 percent in the hands of Bahrain's state-owned Mumtalakat holding company and the remainder shared equally between Dennis and Saudi business partner Mansour Ojjeh.

The team won its first Formula One title since 1999 this season, with Britain's Lewis Hamilton becoming the sport's youngest world champion at the age of 23.

McLaren is the second most successful Formula One team after Ferrari in terms of races and titles won but it also owns a group of companies and Dennis has said he wants to diversify the team's activities further.

"If you look back in history, you see clear examples of teams that have stayed unique to Formula One that have just failed," he told reporters in Brazil last month. "You cannot sustain a Formula One team indefinitely, you need to diversify."

Mercedes motorsport head Norbert Haug said on Friday that Formula One teams must cut costs by at least 50 percent over the next two years.

However he said Mercedes' own financial position remained solid.

"Mercedes-Benz's contribution is cost-efficient, the resonance in the media and in the public which last season and Lewis Hamilton's win generated was worth many times our financial investment," he said.
R

F1 will never end, its just far too popular for the sport to just collapse.