Testing some settings from my Race 07 research


AndreasFSC said:
For some reason the car can't be previewed in spinner or expo, but it works in game
Click to expand...

Do you have <SPIN> and <EXPO> pointing to gmts in the CAS file?

Bjarne Hansen said:
The issue I got most with conversion from Race 07 to Gtr2 are textures that are still encrypted and therefor throw an error in Gtr2.
Check missing textures and objects in 3DSimed but that is not always usefull info as it list textures that is available. But sometimes you can visual spot the problem as it shows up as pink, missing textures in 3DSimed just like in Race 07.

Do you have <SPIN> and <EXPO> pointing to gmts in the CAS file?
Click to expand...

Yes, the factory cars work and can be seen in menu, but Matt Neals car gets "inactivated".
So I think maybe some Matt-Neal-specific texture is the cause.
But I have opened and reexported them (and even excluded them), so it is tricky to find the problem.
Really don't like that the game gives up on the whole car when there is something wrong.
In Race07 only the trouble part is excluded unless there is a problem with a car body part.

I have also had some problems with encrypted textures, but I think that I have learnt to avoid those things now most of the time.

One thing that makes this harder than it have to be is that these models are the first one I made, even if everything is updated since then there are still quite many materials. I have checked them one by one in the materials editor, so no textures should be missing.

Will have a new look soon
Reactions: GTR233
B

I should not talk spend all morning on an very easy mirror fix
Reactions: AndreasFSC

I think I have found one of the errors now.
There is something with the wheel shadows that the gama doesn't like.
But it doesn't explain the Matt Neal mystery

Works better now, but a lot of things to fix. Next thing to sort is the wheels textures. The right ones are loaded in the menu, but in game the same textures are loaded for all cars that use the same rim type. Also only standard driver suits and helmets are loaded. 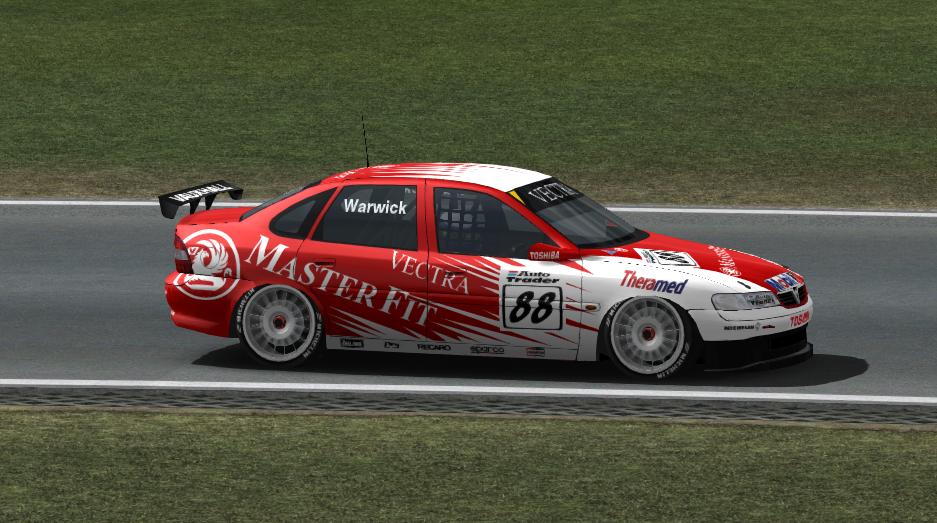 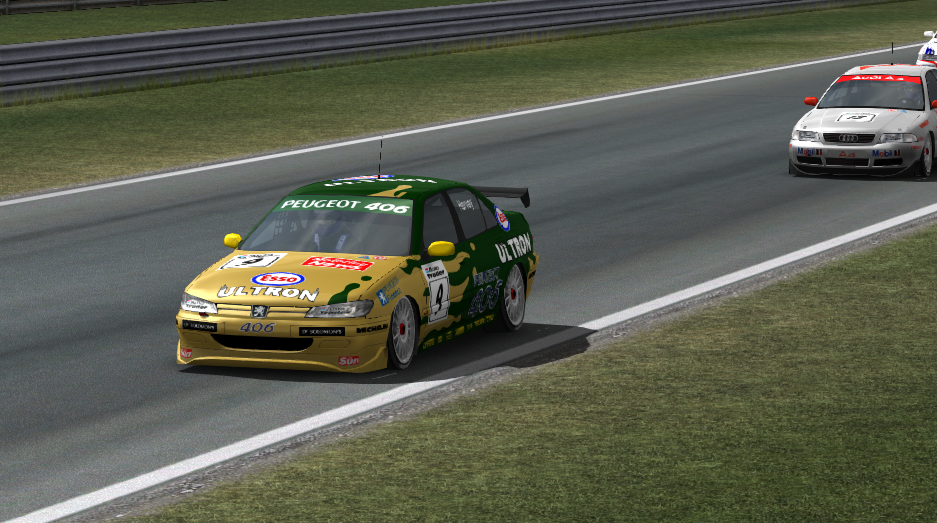 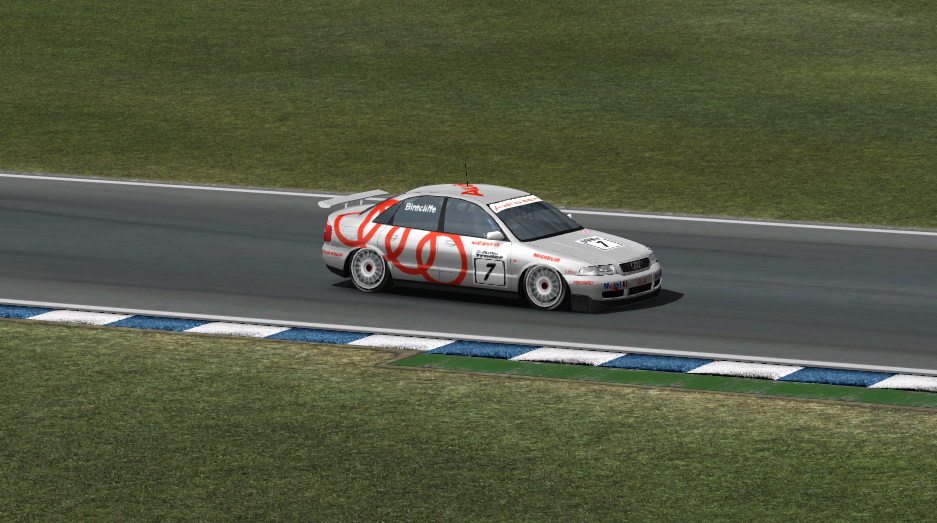 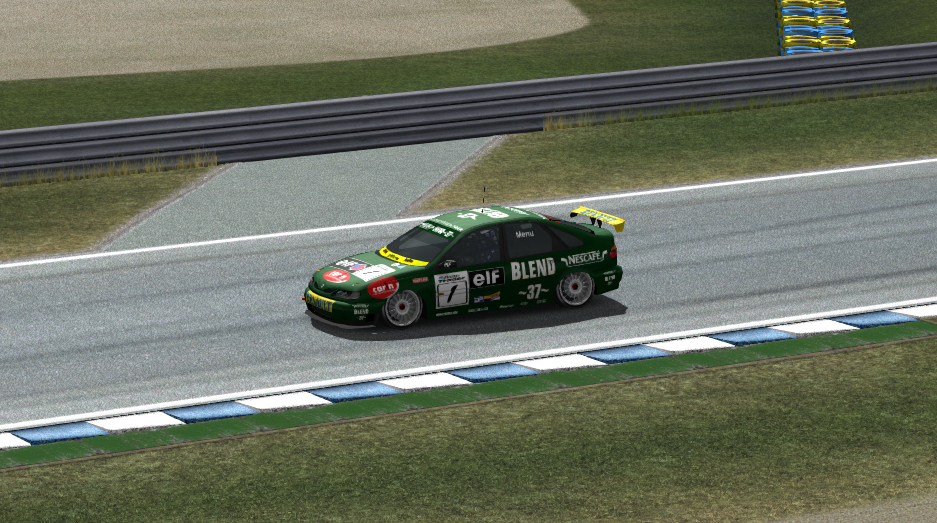 Updated Honda Accord front shape and some normals in the base mod and in the conversion.
Small changes, but looks better. 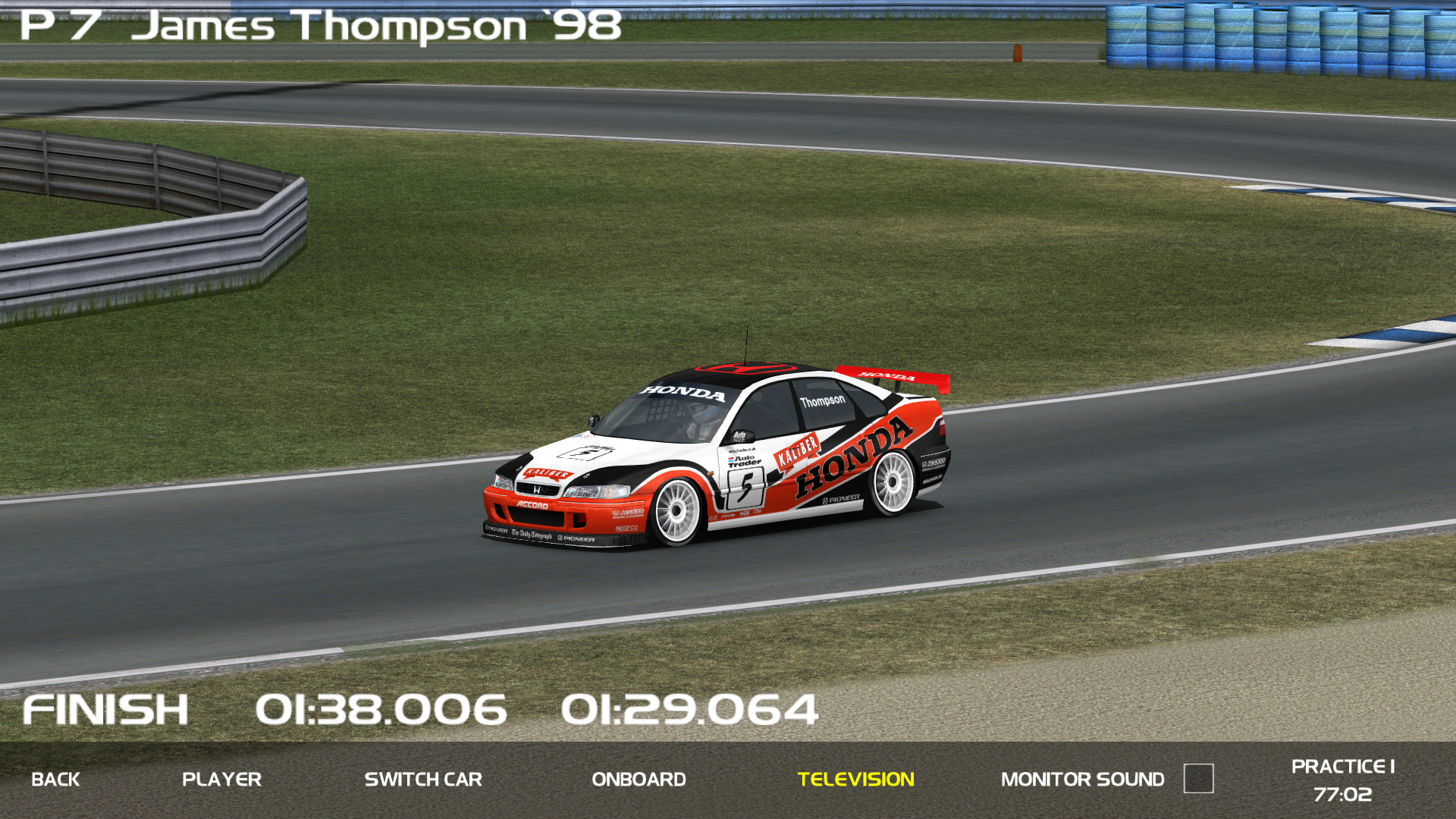 Fixed so the different car models got their own wheel and driver suit texture names to avoid them getting mixed up (or just one is used for all). Also adding the first car interiors. 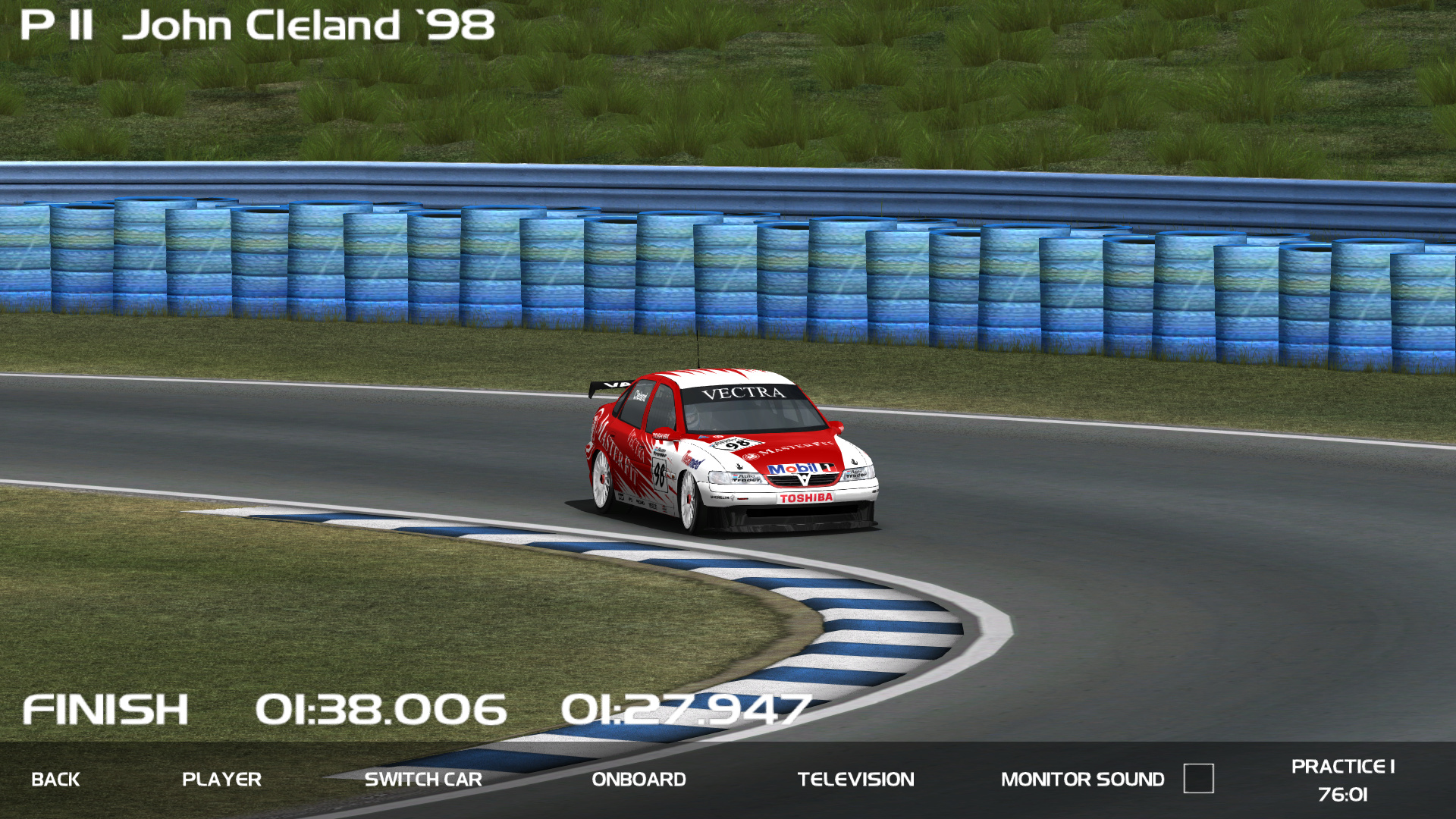 Reactions: Maxell, GTR233, Vanaja and 3 others


I gave permission for a conversion, but I think the permission was handed over one or two times, and the models ended up being part of something a little bit different that I had thought.
It was the same thing with the rfactor1 and the rfactor2 versions.
As a modder myself I understand the desire to build upon and develop things, but it is also some mixed feelings when loosing control of my own work that I have spent so much time making.
I always wanted the conversions to be as close as possible to what I had made, because that was the "composition". It was almost like sending your child to a photographer and then receive a photoshopped picture resembling a mix of the child and someone else

That may be a reason to make a limited conversion to GTR2 myself, but on the other hand, the more versions that are out, the more "illegal" half made or bad conversions to other games without any permission at all (Assetto Corsa, Automobilista1).
Click to expand...

Just to clarify: my words about the gtr2 conversion could were bad chosen. The guys making the Gtr2 version have been very respectful and have done nothing wrong.
(In some ways I think I am like an excentric artist and I don't want to let go of my work, and have to do everything myself.)
Reactions: roby13, GTR233, Vanaja and 1 other person

Adding sounds to the cars. A lot of sound volume editing is needed since it can't be set in the aud file here sadly
The cubemap and materials are more sensitive for imperfections, so I also tweak normals to look better. I did a lot of manual editing some time ago, but there are always some more areas to improve. 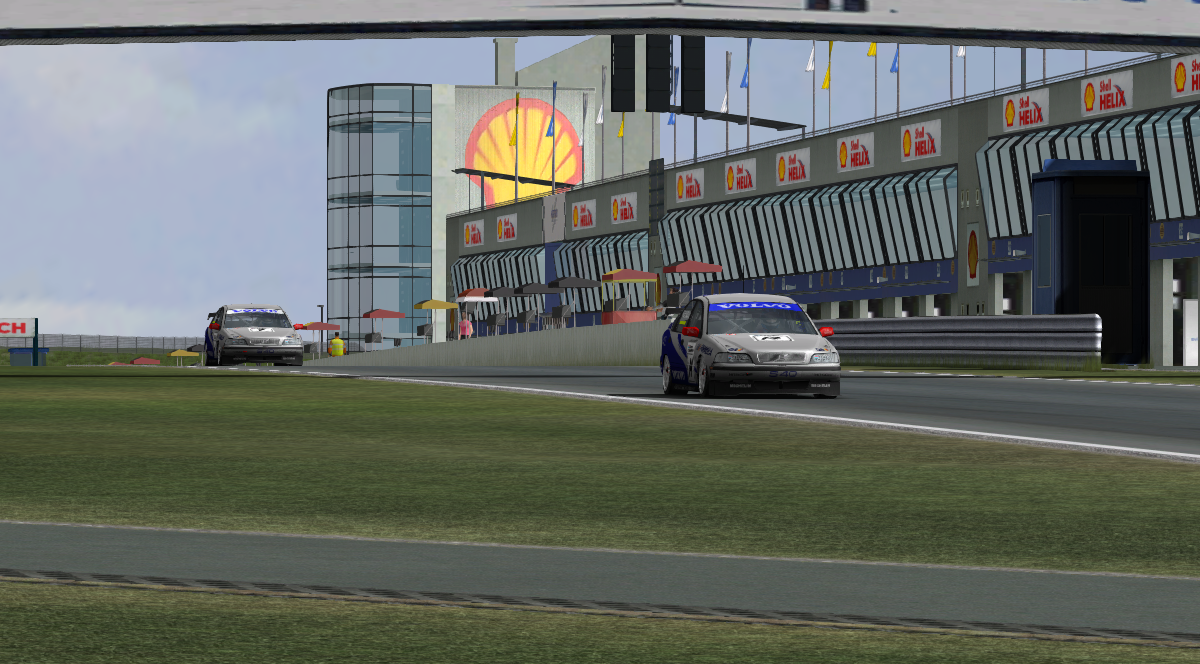 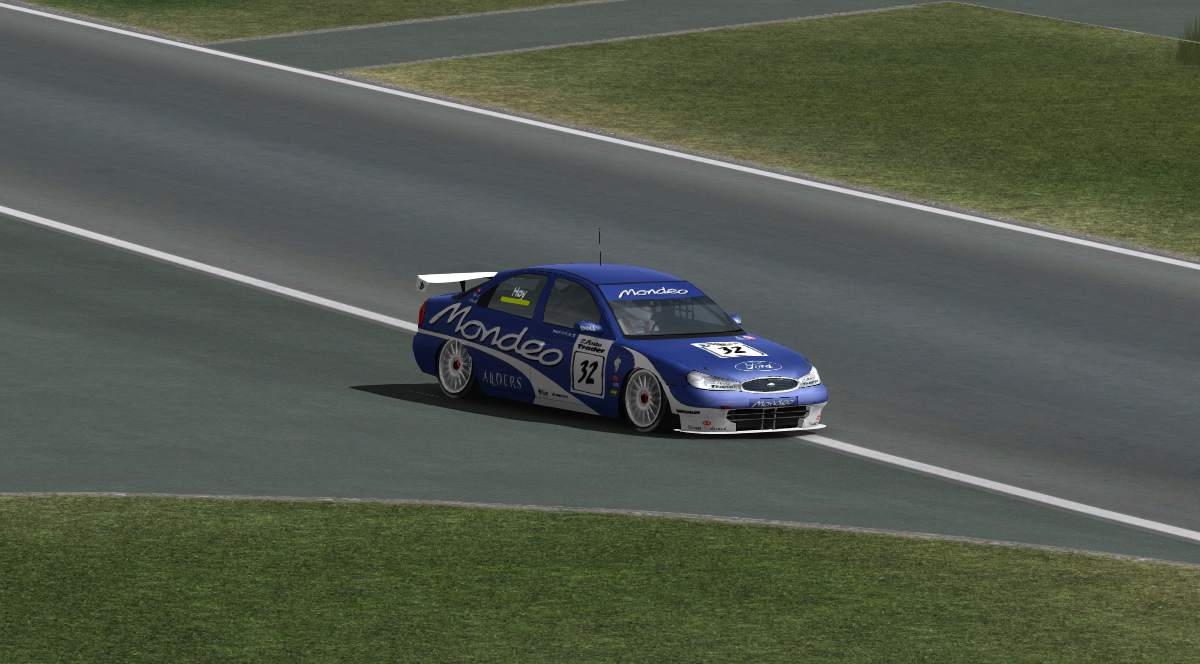 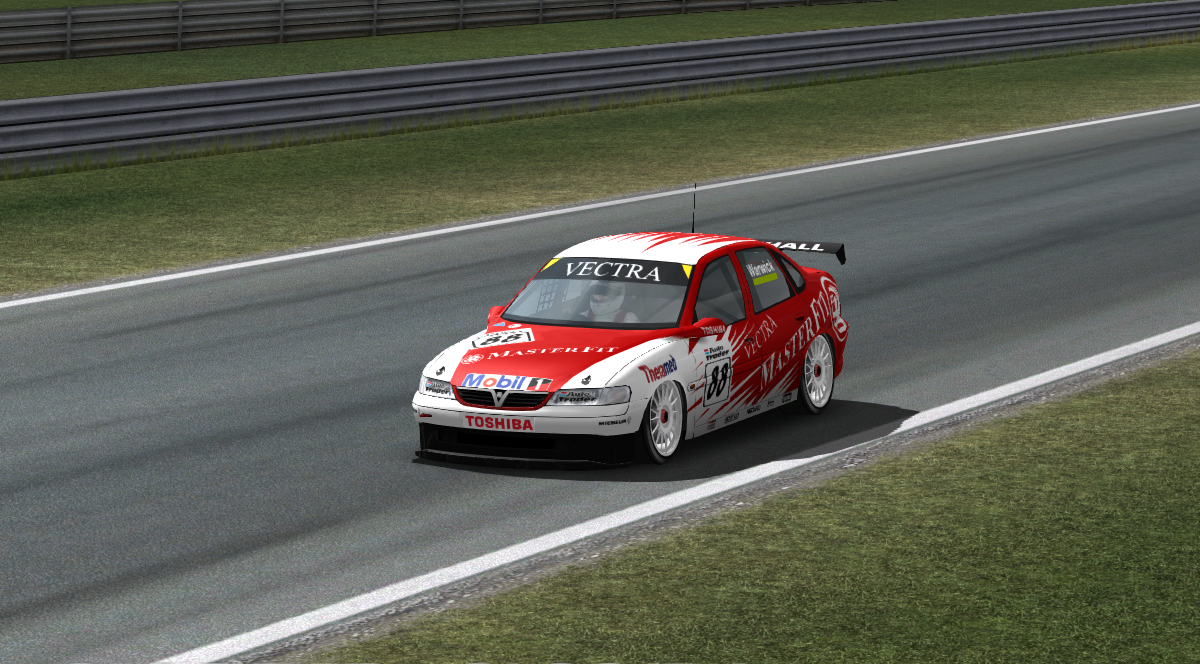 Reactions: roby13 and Vanaja
B

Good job Andreas, look forward to try them out.
I have put the fresnel shader away can't get the cars to look consistent like in Race 07.
can't even figure out the emap format.
When you save the race 07 emap it completely changes?
Reactions: AndreasFSC

It looks like it is much more sensitive to normals, so the texture 'moves' very fast over an almost flat surface. Almost like this low poly example from zmodeler, but not as bad obviously:

It isn't necessarily caused by the cube map, it can also be caused just by not so good materials settings (too much reflections? higher cubemap resolution?) in the gmt files so small imperfections look worse.
I always add painted shading to the specular map of the car body. I think it really helps in Race07, and it is possible that it is not to the same degree in GTR2 so it doesn't help that much.
Or it could be as simple as the lack of ability to use different colors it the fresnel materials specular map is the difference. In Race07 you can mix specular light and cubemap by the color, and that is very useful.
Red = more roughness, looks like plastic
Purple = chrome or mirror
orange = looks like paint, used by simbin. I also add some blue for more cube map.
etc...
Not sure exactly how it works, but I have experimented with mixing colors and found some useful presets for different materials.
Reactions: roby13, Bjarne Hansen, GTR233 and 1 other person

Fixed rim textures for privateer cars. I don't know if it is possible to use a driver number texture solution, but I decided to use genstrings and different gmt's and materials instead. 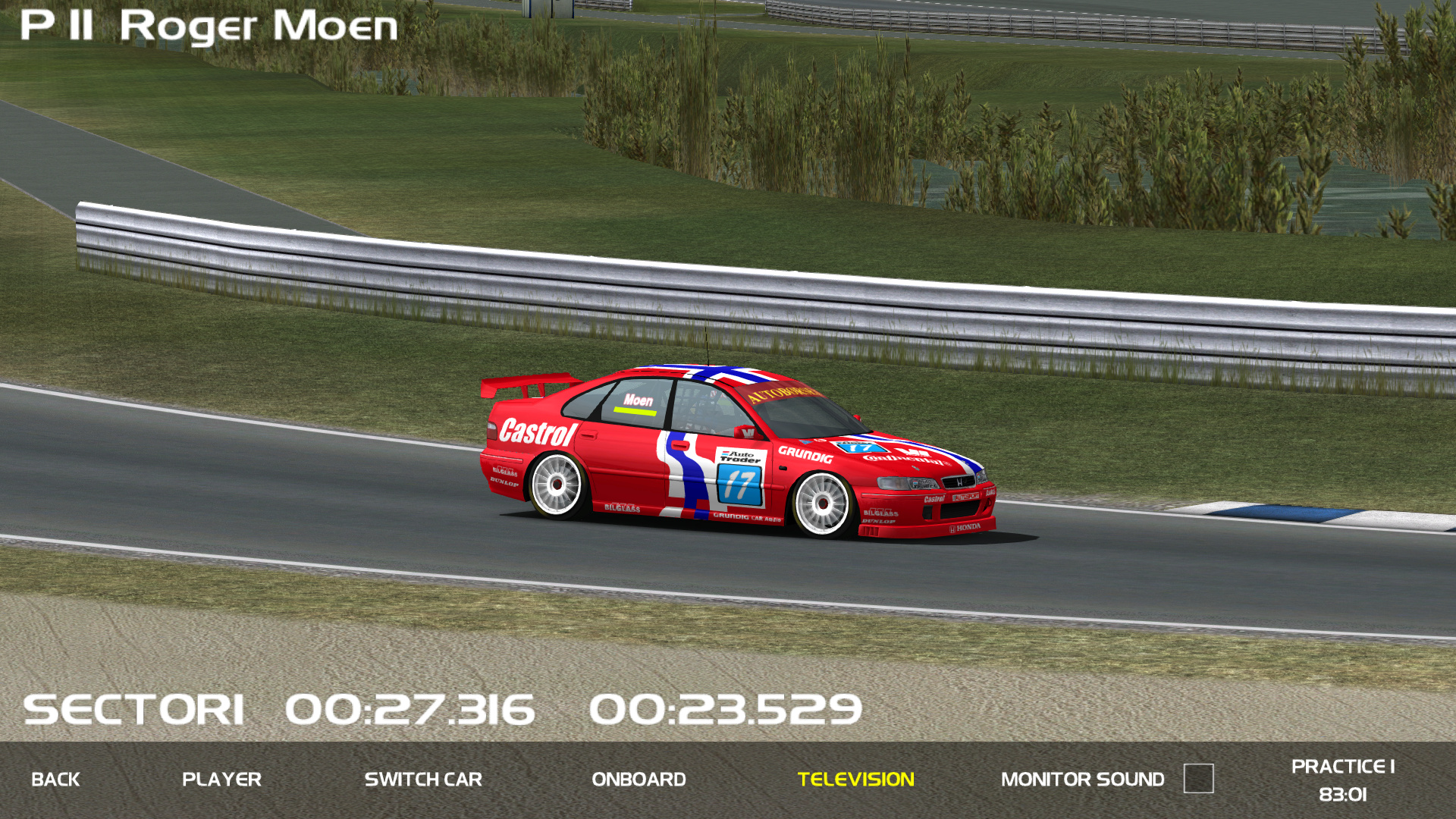 Got some shaders sent over by @Bjarne Hansen. Testing on Renault car body.
I think this will work well if I can find the right settings and balance 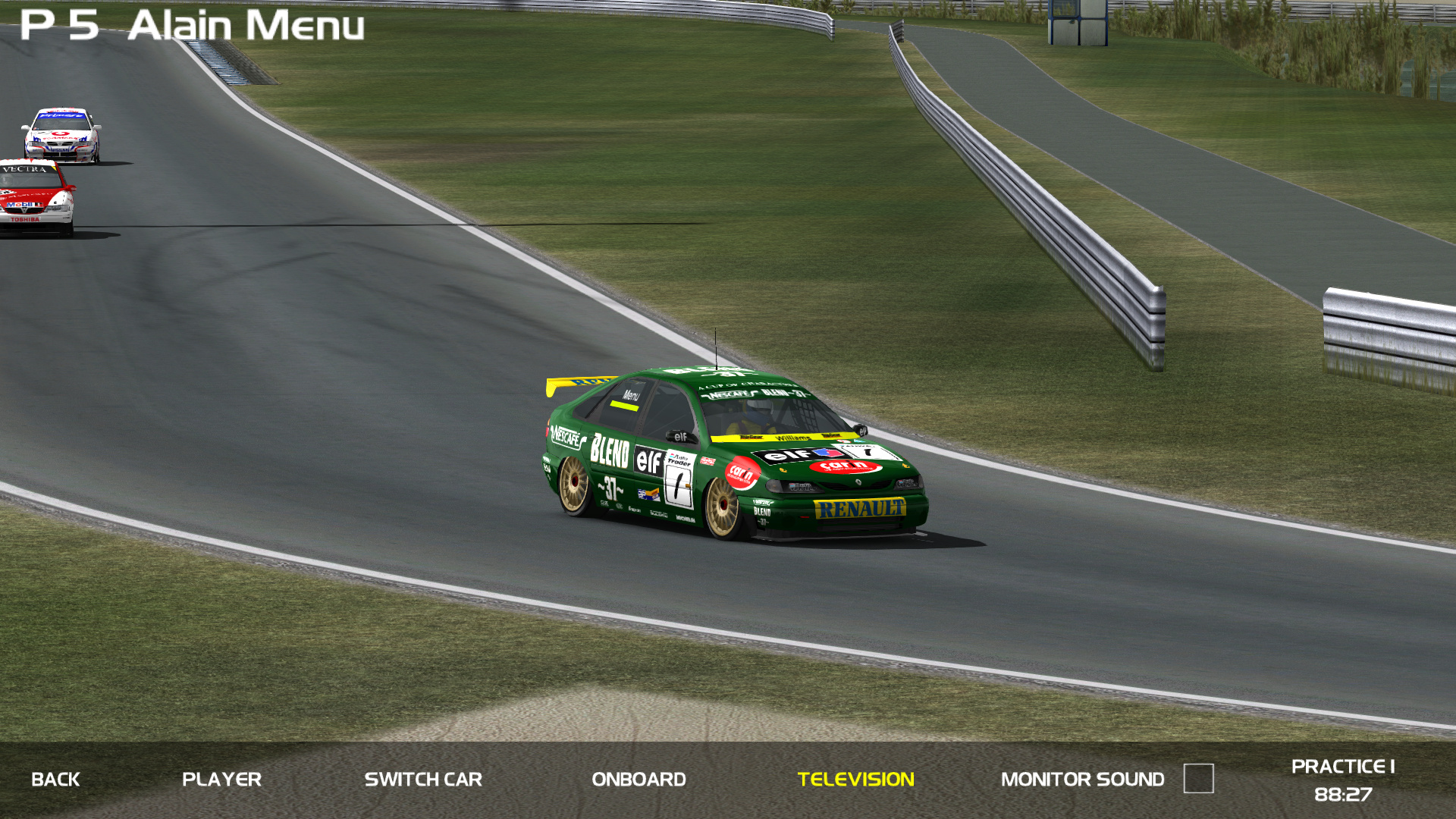 AndreasFSC said:
Got some shaders sent over by @Bjarne Hansen. Testing on Renault car body.
I think this will work well if I can find the right settings and balance
Click to expand...

Already found a fault in the ones I send you But will go over all before sending you new ones.
But annoying the specular visual change in Gtr2 vs 3dsimed.
Will focus on finding out why as it is a Gtr2 thing!
Reactions: AndreasFSC 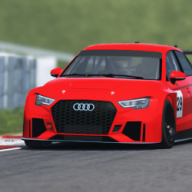 Well it seems I have to revive my GTR2 installation soon
Reactions: AndreasFSC and Vanaja

"fresnel cube map add spec map add alpha reflect" has a nice fresnel effect.
But the emissive rgb is weak and diffuse light color doesn't seem to have much effect, so the cars looks too bright sadly.
Otherwise it would be useful

That will not work as it uses texture alpha as reflect and since there isn't any alpha channel in the Race 07 textures the reflection value are 100%
The right reflect values are in the spec alpha.
But it isn't as simple as just changing which alpha to use.
Hope to have something better worked out in the next couple of day

Durge Driven said:
Why has the Gumpert never made another studio instead of 55 Porsches
Sorry correction it was in pCars 1 but lost the gmotor loving feeling
Click to expand...

I am sure GTR-EVO still got a Gumbert
And one of the better made cars/ cockpits in the EVO GT series.
Reactions: Sven Hielscher
You must log in or register to reply here.
Share:
Facebook Twitter Reddit Pinterest Tumblr WhatsApp telegram Email Link
24 comments
Automobilista 2 | Hotfix Released, Adds Further Logitech Support
12 comments
Boonatix ACC Setup Workshop - This Thursday!
394 comments
Illegal mods, steer clear of them. Simracing604, we stand with you too.