GTR2 Testing some settings from my Race 07 research

Some images from testing what different lights and materials settings look like in GTR2
I use the HQ Donington as base, just adjusting lights in different ways here. As I have no more intention to update my old hq2020 physics (well I spent 5 years to improve them so I think they've reached final version now), for next HQ Anniversary Patch 15.1 (available on 14/02/21) I decided to let AndreasFSC full liberty to make HQ2021 physics
Upvote 0 Downvote

GTR233 said:
As I have no more intention to update my old hq2020 physics (well I spent 5 years to improve them so I think they've reached final version now), for next HQ Anniversary Patch 15.1 (available on 14/02/21) I decided to let AndreasFSC full liberty to make HQ2021 physics
Click to expand...

Oh boy, interesting times ahead.
I'm struggling to find time to play all the great sims we have old and new atm, there's just so much fun to be had.
This may indeed be a new golden age.
Upvote 0 Downvote

Testing lights and materials at Spa. The difference is hardly noticeable, but I think the change give just a little bit added depth. Or it could be my imagination @AndreasFSC sent me his HQ2021 physics yesterday : they are awesome so I have made an awesome logo for them
Will be available next week-end on RaceDepartment so stay tuned folks

Can we have a hint of what has been changed?
Upvote 0 Downvote

roby13 said:
Can we have a hint of what has been changed?
Click to expand...

...just kidding.
1. Tyre values for ai cars are as close as possible to player car values.
2. Ai physics 'cheating' is reduced as much as possible. Ai torque stab is reduced, damper calculating values increased, + some more useful various tweaks. The result is less ai floating and strange sliding. I "invented" this treatment for my super touring cars in Race 07. Was happy with how the ai driving looked, so tried the same thing on other mods too. Then I was curious if it would work in GTR2 too.
Last edited: Feb 8, 2021
Upvote 0 Downvote

So excited for this! Thanks so much for your continued efforts to make GTR2 an amazing experience in 2021 @AndreasFSC and @GTR233.
Upvote 0 Downvote Andreas, do you happen to know anything about gearboxes that were used in those STCC cars?
Upvote 0 Downvote

Not more than anyone else here I am afraid. Do you plan to add something to the game?
Upvote 0 Downvote

AndreasFSC said:
Not more than anyone else here I am afraid. Do you plan to add something to the game?
Click to expand...

Yes, and looking for a parter in crime I already got nice info on how dogboxes work, but any inputs from someone "in the know" are welcome. Don't expect anything serious/physically accurate though, just gentle hacks to improve immersion.
Upvote 0 Downvote

Very interesting!
Do you think it is possible to somehow simulate the gearbox 'flexing' when shifting up?
There are some people with race mechanic experience here, I'll see if I can find someone with a little bit more insight
Upvote 0 Downvote

AndreasFSC said:
Very interesting!
Do you think it is possible to somehow simulate the gearbox 'flexing' when shifting up?
There are some people with race mechanic experience here, I'll see if I can find someone with a little bit more insight
Click to expand...

Man, you dream big However, that might be possible. My current attack is flat spots. For that, I want to go via suspension, because that way tire damage will be felt in transducers/motion. If that fail, I'll just add fake FFB (I already implemented stationary friction), but fingers crossed it can be done through suspension.

If I can affect suspension, then flex is possible. We have to be very careful with perf, game is horrendously CPU bound... but anyway.

Are you analyzing telemetry/data? As part of this effort there's a lot of data analysis required, and someone good with analyzing graphs etc will be a big help

Slowly learning how to add a car to GTR2.
Similar to what I am used to, but also many things that are different enough to cause some trouble. Don't know what the result of this will be, just learning how things work.
These cars are already part of a mod for gtr2, but it is not a straight conversion.
And that mod is very big. 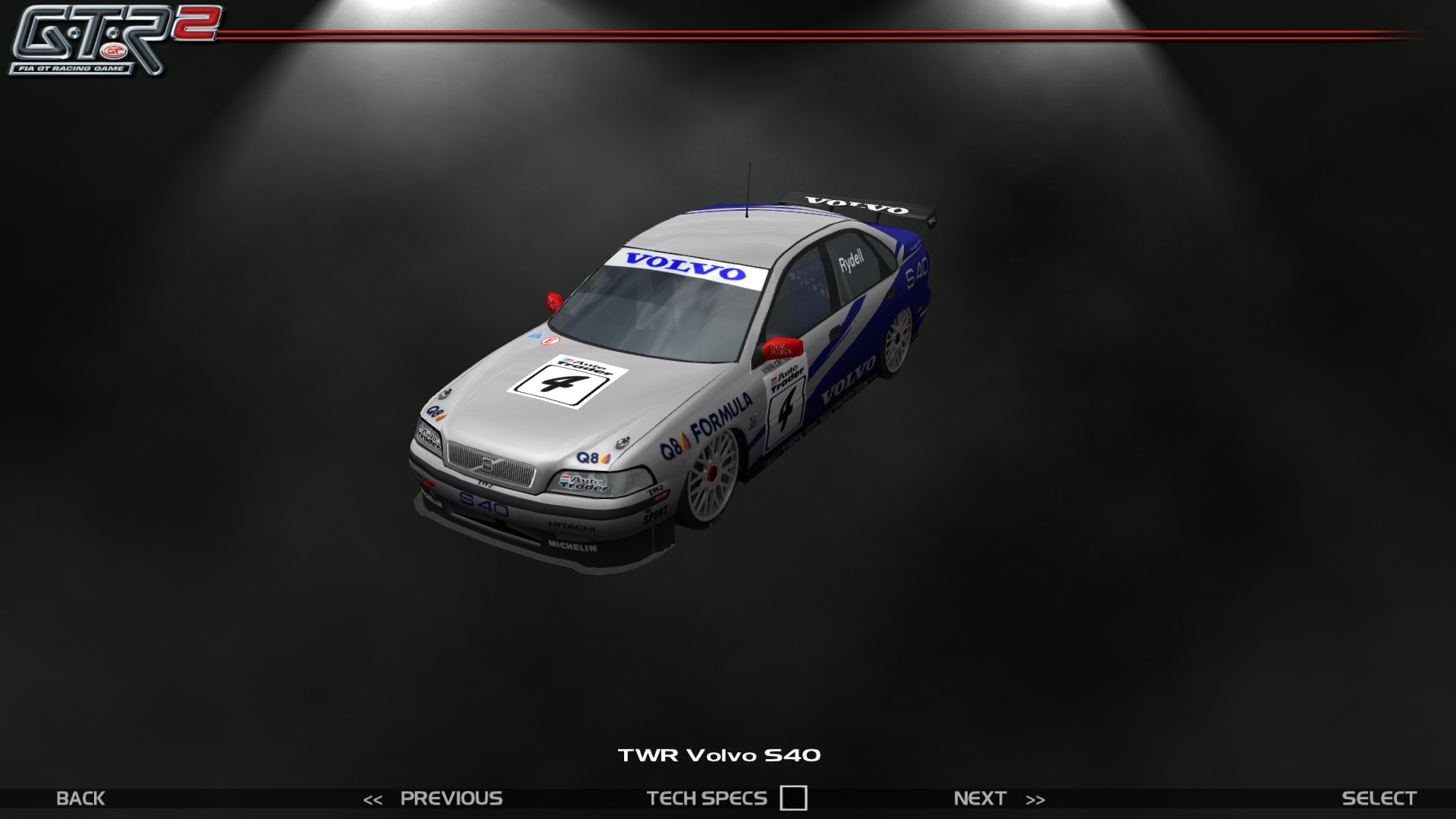 esr touring world series by SiGi is a nice and quite complete pack accross different years for wtcc and stcc. 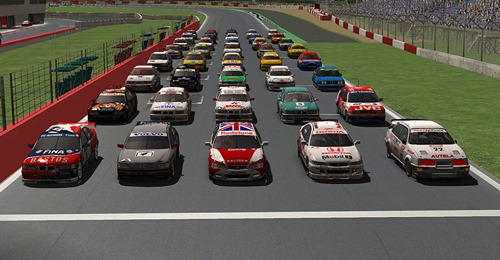 I gave permission for a conversion, but I think the permission was handed over one or two times, and the models ended up being part of something a little bit different that I had thought.
It was the same thing with the rfactor1 and the rfactor2 versions.
As a modder myself I understand the desire to build upon and develop things, but it is also some mixed feelings when loosing control of my own work that I have spent so much time making.
I always wanted the conversions to be as close as possible to what I had made, because that was the "composition". It was almost like sending your child to a photographer and then receive a photoshopped picture resembling a mix of the child and someone else

That may be a reason to make a limited conversion to GTR2 myself, but on the other hand, the more versions that are out, the more "illegal" half made or bad conversions to other games without any permission at all (Assetto Corsa, Automobilista1).
Last edited: Feb 12, 2021
Upvote 0 Downvote 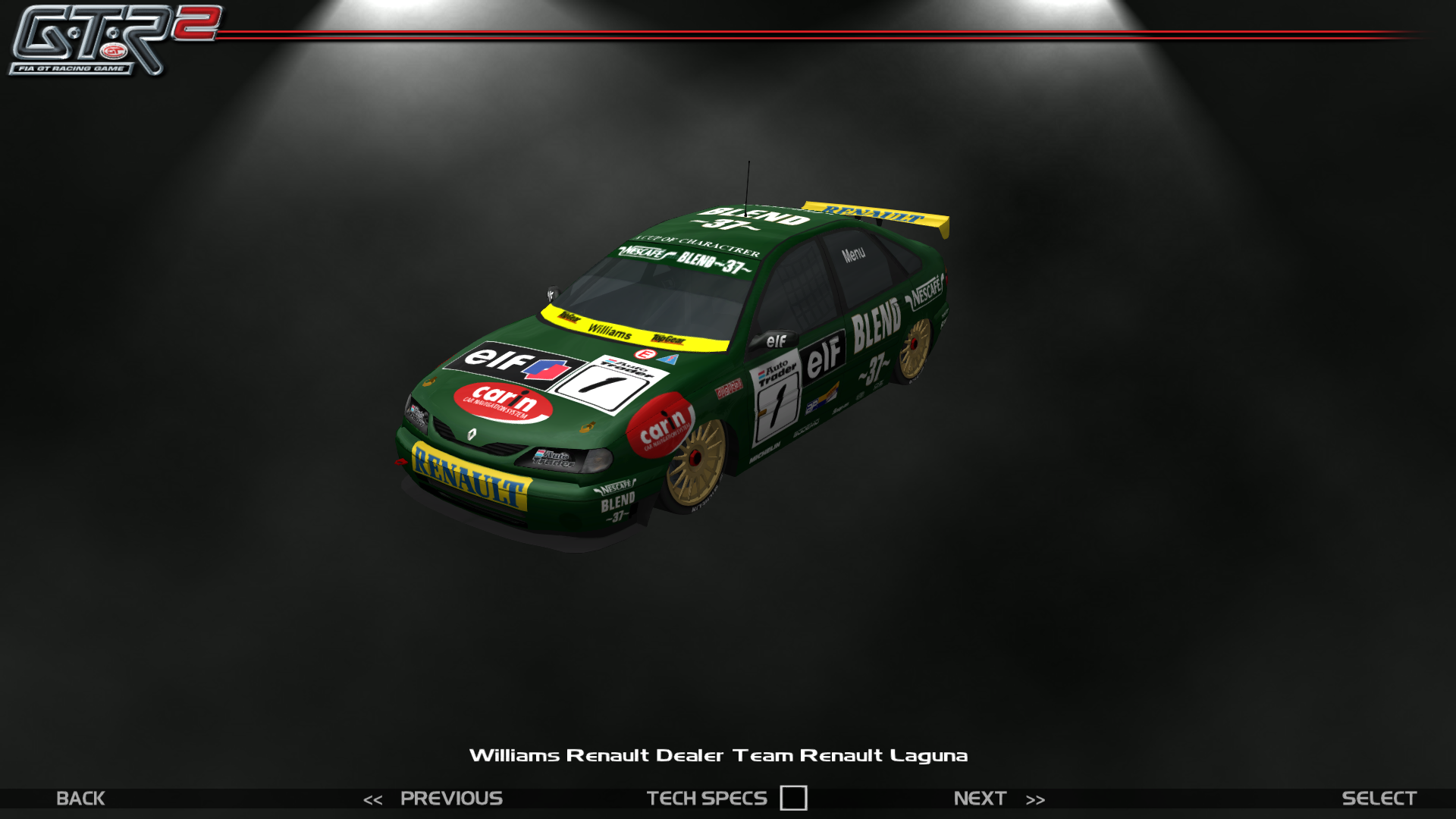 User reviews are hard to read in RD's dark theme

Where are FFB settings for modded cars?