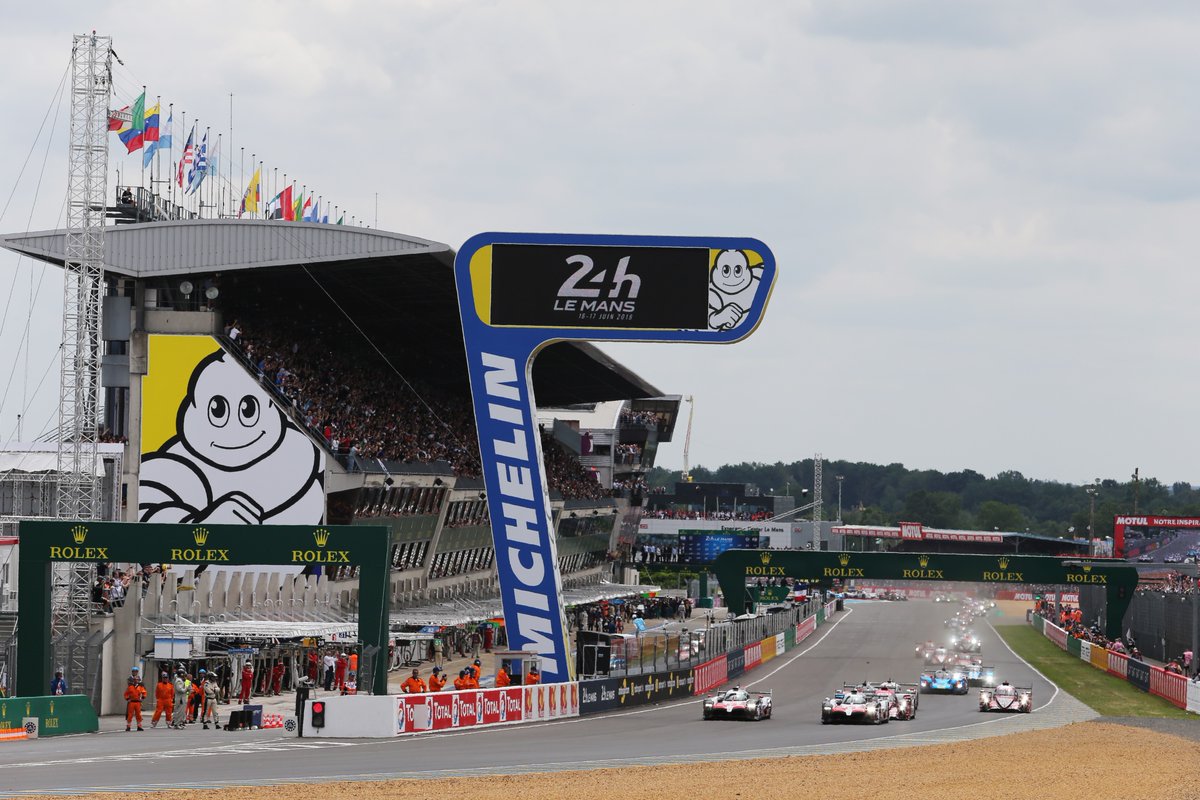 The legendary 24 Heures du Mans commences this weekend - the 87th running of the greatest endurance motorsport event in the world.

Last year we had a glorious debut for Fernando Alonso in the dominant Toyota LMP1 machine, kicking off an outstanding season in the top category of long distance endurance racing.

With Le Mans 2019 marking the end of the first ever 'Super Season' of WEC, and the final race for the fabled Alonso / Toyota tilt at the World Championship, LM 24 2019 style certainly has plenty of interesting elements set to be closed off this coming weekend.

With the 2019 soon to draw to a close, why don't we take a moment to look back on our own personal history with the big race and share with the community some of our own favourite Le Mans moments?

When i can drive on it on rF2

when I found out they were making the Ferrari v Ford movie. Then I can watch a hole race in less than 2 hrs.

The epic battle Aston Martin vs. Corvette at Le Mans 2017:

Actually I have two from personal experience because it's difficult to separate them.

When I first went in '93 and experienced the last year of the Group C cars (3.5 litre formula), the noise and speed of those machines was just incredible, plus the victory (albeit short lived) of the Jaguar XJ220 in GT1.

When I went in '95 and saw the McLaren F1 win overall, a very special race. I was damp (poured with rain all night and the tent leaked!), sunburnt and badly needed a shower but that whole weekend was amazing.

...and just because Its special to me, my Dad and I took part in the Parade De Pilots in 2000. We were part of a Jaguars Owners Club Meeting over that weekend and included with the package was to get to drive our cars in the parade. Good memories
Last edited: Jun 13, 2019

When David Brown (allegedly) commandeered the winning Aston DBR1 after the 1959 race to make the last ferry to Dover!

Waking up to see "Jackie Chan is leading Le Mans" on my phone... :O

Hearing the Peugeot 905 as a kid in 1993.
Seeing the Mercedes flip over on the big screen (as it happened on the far end of the circuit) in 1999.
Giving up on Le Mans after Audi winning without competition. 2000-2002 were very boring years.
Cheering for Pescarolo Team when I knew they'd never beat the Audi R8's.
Getting back into Le Mans when Peugeot announced their 908 in 2006.
Hearing the Aston Martin LMP1 with its 7.0ltr V12 engine for the first time down Mulsanne.
Crying from joy when Peugeot won in 2009.
Seeing the Saleen S7R win its class in 2010.
Crying from joy after seeing a spectacular battle in 2011 (although "my" team lost).
Holding my breath when Davidson flew and crashed his Toyota TS030.
Hearing the Akrapovic exhaust system on the Porsche 991 for the first time.
Coming home early on wednesday in time for the first practice session (every year).

Mark Blundell with Nissan that hadbroken turbo in qualifying in 1990

My first time watching it in 1989... the silver Sauber C9s caused quite an impression on me. I remmember asking my dad if they were spaceships.

2016 was also pretty awesome imho due to the ammount of hybrid juice running around the track and of course seeing the Mercedes CLR taking flight. Now that was something! 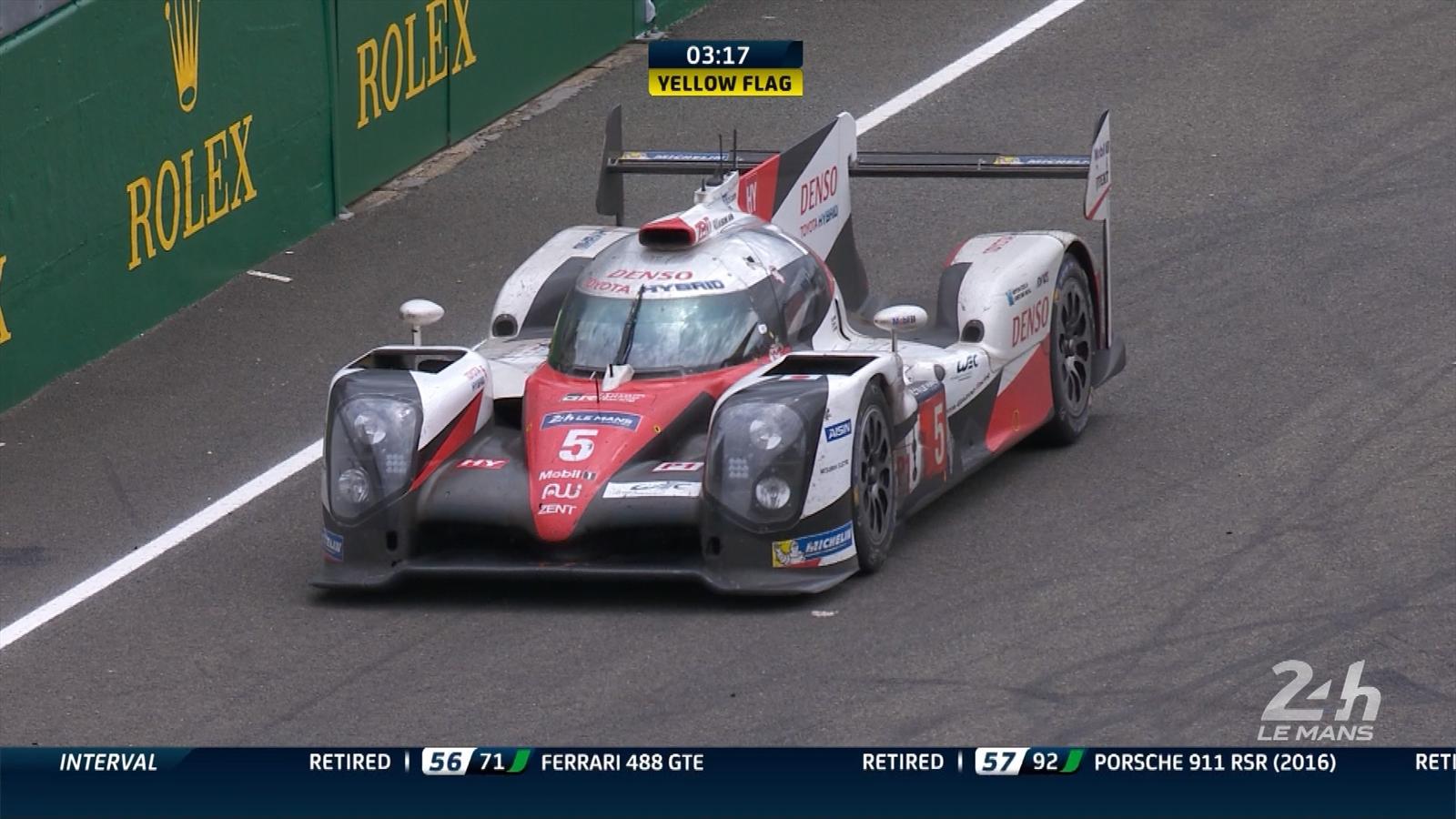 Premium
I had the opportunity to go to le mans every year during the 80s mid 90s.
I will always remember what I could see then, when moto racing was very different.
Listening to the 962c passing thru the dunlop bridge at full speed has been something special (no chicane until 1987 )
I will for sure also never forget the thrilling sound of the C90 armada or the screaming mazda.
This will never exist anymore.

As a french guy myself, I will for sure never forget the thousands and thousands of english guys looking at the Jaguar triumph. Le mans will not be Le mans without them and their true passion for racing.

I remember well of course the Peugeot domination, the big fire into the pits in 1991,...

I will go back one day to le mans, but unfortunately I am a little afraid to be disappointed. All is very different now.

Yes I think that's a standout memory for unfortunately the wrong reasons. I remember being in total shock when the car "looked" like it was slowing down and then realised it was.

Which I why I don't bear them a grudge being the only LMPH team now, if they win this weekend, it will still be very deserved simply because they've had some many things go wrong for them over the years.

Vette vs Vantage.
You must log in or register to reply here.