Badwheels said:
Is anyone aware if the new owners are familiar with mice, VR and FFB ?
Click to expand...

They have absolutely no interest in VR at all. I assuming that FFB is out too.

Michel Bélisle said:
Will CodeMasters games become even more arcade than they are now after the merger?
Click to expand...

No, I hope not you got to remember take two are behind the NBA 2K series and the PGA 2K series some of the most realistic sports games out there so hopefully with the extra resources they will get more realistic

So future F1 and WRC games being overseen by the guys who bring us GTA, lol. Career modes will be interesting,
lol.

With Take 2 owning 2K, we might see the Codemasters titles coming out as F1 2K21 and WRC 2K23 seeing this is how their sporting titles seem to get released, lol.
Click to expand...

As I understand it, Frontier Developments has the upcoming F1 license.
M

AvGas said:
As I understand it, Frontier Developments has the upcoming F1 license.
Click to expand...

Only for management games.

i guess they took two by that move
T

I'm reading some really weird comments in here. Since when is PC3 Codemasters's failure? How the hell did THAT happen? They had pretty much NOTHING to do with it.

PC3 was in development ever since the last PC2 DLC was released. Even the developer said so. Coddies bought SMS and almost right away they released this joke of a game along with that other stupid F&F game, probably to fulfill their obligation towards Bandai-Namco, their previous publisher. In fact, PC3 was published by Bandai-Namco, not Codemasters.

Also, the fact that such a deal was made, doesn't mean that Coddies has problems. It's always a good thing to have somebody funding your projects, and that's what Take-Two does. They're investors. They invest on good products that will make them money, like GTA or NBA2K
Last edited: Nov 12, 2020

I think it's less likely that you'll see VR from Take Two. The CEO is on record of giving it the 'Yeah...No'

Codemasters were probably heading that way with SMS on board.
D

This could either turn out decent, or really really, horribly bad.
E

Pedro17 said:
In the end, there will be only one corporation. It will own everything — including you.
Click to expand... 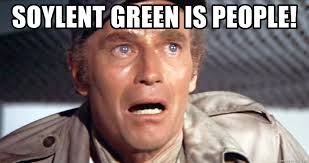 Regulary the game will downsize the gameplayscreen and popup a large advertisement window. Just like you see during races on TV. Mark my words.
Last edited: Nov 12, 2020

So Project Cars is pretty much out. Codemasters stuff - out. Feels like simcade genre will be gone. I can't imagine those studios being overtaken by big corps not to produce complete arcades.

So whats now ? Someone will be taking over free niche of simcades ? Reiza ? Will every sim try to implement more simcadish elements ?

Weird times. And nothing optimistic. I think the vision of truly realsitic simulation will eventually sail away, lol pun intended

Forza and Gran Turismo are still there as Simcade Games
R

Pedro17 said:
In the end, there will be only one corporation. It will own everything — including you.
Click to expand...

You make it sounds like some shady evil enterprise that only exists in blockbuster movies...

@T3AMGEIST Calling those simcades, makes actual simcades to be proper simulations. I wish this could be said as a fact but...

Surely there is no straight formal standardized way of telling. It is entirelly up to perception and judgement for everyone individually. Only marketing decides how far is "real enough" at a time, to obtain the prestigious claim of being a simulation. As long as realism convinces most people and is selling more - thats a simulation. Being good sim for real isn't selling - rF2, Ams 1 just proves the point.

It seems getting more rare that people would look at cars as at entertainment, I think governments and car manufacturers promotes that quite literally. Interest in driving cars for fun decreases. So decreases interest in understanding and knowing them as well. Thats why convincing level of physics will go down.

AvGas said:
As I understand it, Frontier Developments has the upcoming F1 license.
Click to expand...

Codemasters® today announced it has extended its contract with Formula One Management for exclusive video game rights for the FIA Formula One World Championship (F1®) franchise from 2021 until 2025, with a further option for the 2026 and 2027 seasons, subject to Codemasters achieving certain performance thresholds.

Yup, they developed it for EA.
Then went on to make the Project Cars series.
SMS was acquired by Codemasters no.t too long ago, and now they'll be owned by T2 as well.
Last edited: Nov 13, 2020
You must log in or register to reply here.