'ello fellow simracers,
I got used T500RS set rather cheap and it works pretty well, but I one or two Issues with this.

Number one it is set up in the "GT Style" but it's missing two of the four anti-skid pads in that configuration. See attached photographs for more details
Does anyone know which ones Thrustmaster is using, if you could get them as spare parts at theirs, or if there is another good set availlable at a reasonable price?
(Yeah as the used buy shows, I'm doing this on a bit of a budget.)

Due to space constraints neither the wheel nor the pedals are hardmounted.

Location is Germany, so there might be limits to what I could get or some brands might be unavaillable.

And second it has the TM Brakemod (as well as a fan replacement) but that one is pretty busted, which beginner's brakemod would you recommend? 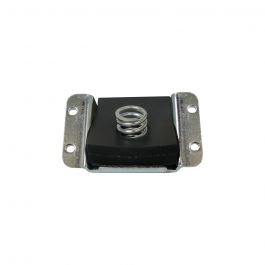 shop.thrustmaster.com
This one is fitted, but the spring is almost pushed into the rubber pad, so it's bust.

The conical one for the T3PA-Pro one, given that both pedal sets are pretty much the same? 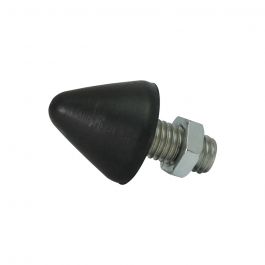 This MOD simulates a load cell on the brake pedal. Compatible with Thrustmaster T3PA Pro Pedals. It mounts in the original spring. Fully improves braking mode! The MOD is screwed into the original spring of the pedal board. Watch the video that you find at the end of the page. The original...

www.3drap.it
I've had their replacement fittings for the G27 Potentiometers and they work nicely.

I've seen the Basher Bords one, but that one is unavaillable.

I want to use one that I can use in the GT style without fully rebuilding pedal set.....well, for now at least.
At the moment the goal is to get to know the wheel and maybe get a shifter first, the SHH one looks good.
As you might infer from that the wheel is run on a PC.

My previous wheel and Pedals were the G27 with the GTEYE replacement springs (full set.) which is not the strongest, but certainly stronger and better feeling that the current springs.

Given that I would probably replace the throttle and clutch springs at a later date as well.


Thanks in advance for any help.

I preferred the conical mod when I used the T3PA-Pros - it makes the brake feel pretty close to a load cell pedal when installed, but it isn't quite as easy to modulate (especially the easing off isn't as smooth as a true load cell pedal.) But I wouldn't recommend it if the pedals aren't hard mounted or at least leaning against something rigid like a wall. The so-called "realistic brake" mod didn't feel realistic at all to me. Also, the two mods were included with my pedals - I wouldn't have paid £7.99 + shipping for any of them as in your link above.

The rubber pads fell off easily on mine too. Maybe Thrustmaster support can sell you some, or you could cut out some surplus rubber pieces and glue them on? That'd definitely be the cheapest option - just the cost of shipping from TM will be around 10 Euro (I enquired about some replacement pedal springs several years ago, and shipping cost more than the springs themselves.)

Good luck with your new wheel and pedals!

Thanks @Skinny McLean I was thinking about grabbing some of anti-skid pads for furniture pieces...of course TM had to make it harder by making one pad 5mm thick and the other 10mm!

Had the GTeye springs without hard mounting, but it needed one of those anti-skid mats for rugs afterwards....though the T500 Pedals are better off without it.

Will keep the hardmounting or support in mind...the Subwoofer is roughly down there but not sure if I want them too lean against that. Push comes to shove I could lay out some boards...

The problem is I also flightsim on that PC and so I need to switch out the boards on occasion, so even if I built a rig/simpit there would be some issues.

I wonder if a rubber anti-skid mat (not the mesh kinda things for rugs, but the rubber floor mats, the heavy duty kind) would help.

J
Recommendation for an entry level wheel and pedals

A
I disassembled my T-LCM pedals today and discovered that...