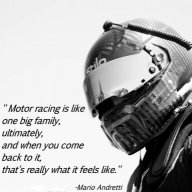 My t300 is around 5 months old.After a week of its usage i noticed that when i turn the wheel clock wise the ffb feels stronger as opposed to anti clock wise.However, that wasn't always the case and there were times when everything would feel the same.Now, the thing is that i feel like there could be a calibration issue from the beggining as i sometimes disable the device by going to the device manager and when i turn it back on,centered, this feelings usually goes away.That doesn't mean that the calibration process is faulty as the wheel calibrates itself as it was supposed to but the ffb itself has that unbalanced turning feeling to it.Could there be something wrong happening or is it just me(placebo)?I used to own a dfgt for some time and i felt the exact same thing after a while of using it.