Facebook Twitter Reddit Pinterest Tumblr WhatsApp telegram Email Link
With the SRO E-Sport GT Series AM Championship set to head into the second round of the season this weekend at Spa-Francorchamps, resident expert Chris Haye explains all about the world of GT3 racing.

As I'm sure many of you will already know, Assetto Corsa Competizione is the official simulation of the SRO GT World Challenge series - the premier category of GT3 racing in the world. Utilising the latest models from such premium brands as Ferrari, Lamborghini, Porsche, BMW, Mercedes, Aston Martin and more, the series is a byword for variety, performance and close track action.

Employing a well thought out Balance of Performance (BoP) method to ensure parity between the different manufacturers, and with a mix of professional and amateur drivers sharing the seats - not to mention endurance and sprint racing events, variety and glamour are all part of what makes GT3 specification racing as popular around the globe as it is today.

To help you navigate your way around the world of this incredible type of racing, Sim Racing YouTube star Chris Haye has lent his iconic voice to this latest deep dive into one of the most impressive racing categories anywhere in motorsport.


Each round of the SRO E-Sport GT Series AM Championship will be brought to you live and exclusive by the professional broadcast team of TV's Vicki Butler-Henderson presenting from the race studio, and Eurosports Martin Haven calling the action alongside Paul Jeffrey in the virtual commentary booth. Throughout the series we will be bringing you insight, entertainment, great racing and ample opportunity to take home some excellent sim racing and motorsport related prizes!

RaceDepartment will be broadcasting all five of the SRO E-Sport GT Series AM Championship rounds, with the next event set to take place at the mighty Spa-Francorchamps on Saturday May 23rd.

Thanks to our awesome broadcast sponsors GT Omega Racing, Benq, PROSIMU, Curbstone, Driver61, Abruzzi, Simmsa and Simracing.gp, we have a range of fantastic prizes to give away to both competitors and viewers throughout the course of the five round season. Winning something cool couldn't be easier. Both drivers and viewers are in with a chance of winning great prizes for each round of the season. Just tune in, comment on the video and follow RaceDepartment on Twitch to be in with a chance of taking home an amazing prize.

For Round Two, our viewers can win an the awesome GT Omega Racing PRO Simulator cockpit and seat, whilst the winning driver will take home some very cool personalised Abruzzi sim racing apparel! Check out the details HERE.

The next round of the season will be held on Saturday 23rd May, with the exclusive live broadcast beginning at 18:00 UTC / 19:00 BST / 20:00 CEST on the RaceDepartment Twitch channel.

Paul Jeffrey
RaceDepartment Editor-in-Chief, occasional YouTuber, commentator and broadcaster, with a passion for motorsport on both the real and virtual racetrack.
Reactions: Adyl, bluey, Stephen O'Sullivan and 6 others 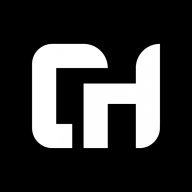 The word ‘star’ is having to work pretty hard in that description Paul
Reactions: Adyl, Littlefysh, groove200 and 1 other person

Chris Haye said:
The word ‘star’ is having to work pretty hard in that description Paul
Click to expand...

Excellent video production again @Chris Haye, thanks so much. 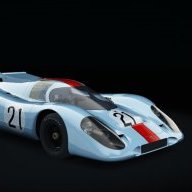 @Chris Haye makes really great videos. I am always happy when a new video comes.
Besides that, I love GT3 and ACC.
RD has become so professional. At this time it is exactly what we need.
Simracing is awesome
Reactions: Paul Glover, VernWozza, Bram Hengeveld and 1 other person

Chris Haye said:
The word ‘star’ is having to work pretty hard in that description Paul
Click to expand...

Oh I don't think so. While the Broadbents and Muscles are fighting it out to see how many 5 hour streams they can fit in a day, a video drop from you is a refreshing and exciting event (I don't get out much ) knowing that the content and the production is going to be respectively interesting and bang on.
Reactions: Danny Vincent, groove200, Pollinflas and 1 other person
You must log in or register to reply here.
Share:
Facebook Twitter Reddit Pinterest Tumblr WhatsApp telegram Email Link
2 comments
American Truck Sim | More Idaho Previews - Logging
28 comments
Automobilista 2 | Build 0.9.3.2 Hotfix Is Here
4 comments
RaceRoom Racing Experience | Hotfix Update Now Live
72 comments
RaceDepartment Partner With Barwell Motorsport | RD Skinning Competition
6 comments
SRO E-Sport GT Series AM Championship | Round 2: SPA (Review)