Perfect timing considering the proximity to the real life Le Mans 24 Hours, the new DLC pack and update for Project CARS 2 on PC and console has arrived! As was expected follow news having leaked back in late May about the new pack, the third Project CARS 2 DLC focusses exclusively on the greatest endurance racing spectacle on the planet - the legendary 24 hours of Le Mans.

Containing an historic variant of the epic Le Mans circuit and nine important cars from the many years of the 24 Heures du Mans, the new DLC pack pays virtual homage to the history of this fabled motor racing event.

With cars from the modern era adding a welcome filling out of the Prototype category in the game sitting alongside some iconic machines of the past, the DLC also contains the 1971 variation of the circuit, similar but frighteningly faster than the current incarnation of the Circuit de la Sarthe, this is indeed a welcome "new" historic location in Project CARS 2.

LIVERIES
CAREER EVENTS
Update 6 Change Notes:
The 'Spirit of Le Mans' DLC is available for £8.49 on Steam, or free as part of the Project CARS 2 'Season Pass'.

Project CARS 2 is available now on Xbox One, PlayStation 4 and PC.

Have you tried the new DLC yet? What are your thoughts? How to you think Project CARS 2 is shaping up now? Let us know in the comments section below!
L

I'm not PCars fan, but good god this is one of the best DLC packs i've ever seen (smartly timed too), it might get me back in the bandwagon.

Yes, I tried the TS050 with GamerMuscle's live stream last night. I liked it. I noticed that the TS040 had lap times in the sub 1:50's at SPA; however, I was only able to do 1:57's (w/ the TS050) which is close to the RL qual times. I'm not sure if the maximum MJ/lap requirement is being managed in the game design or if the Super capacitor vs. Lithium Battery system is modeled different. So far I'm happy with the PCars 2 and the FFB with the JackSpade mod.

This was an awesome surprise. I haven't played this game in months, but I have the deluxe edition. I decided to play it for some reason last night and the moment I saw "Spirit of Le Mans" I never clicked the Audi emblem so fast to see the 2016 R18! The pure amount of confidence and excitement helped me put down a 3:15 at Le Mans.
T

How does one exit the pits without an unsafe exit warning?

Now I just need to find the time to actually do the 24 hour career challenge...

Ambiguity at it's finest.
T

Austin Ogonoski said:
Ambiguity at it's finest.
Click to expand... 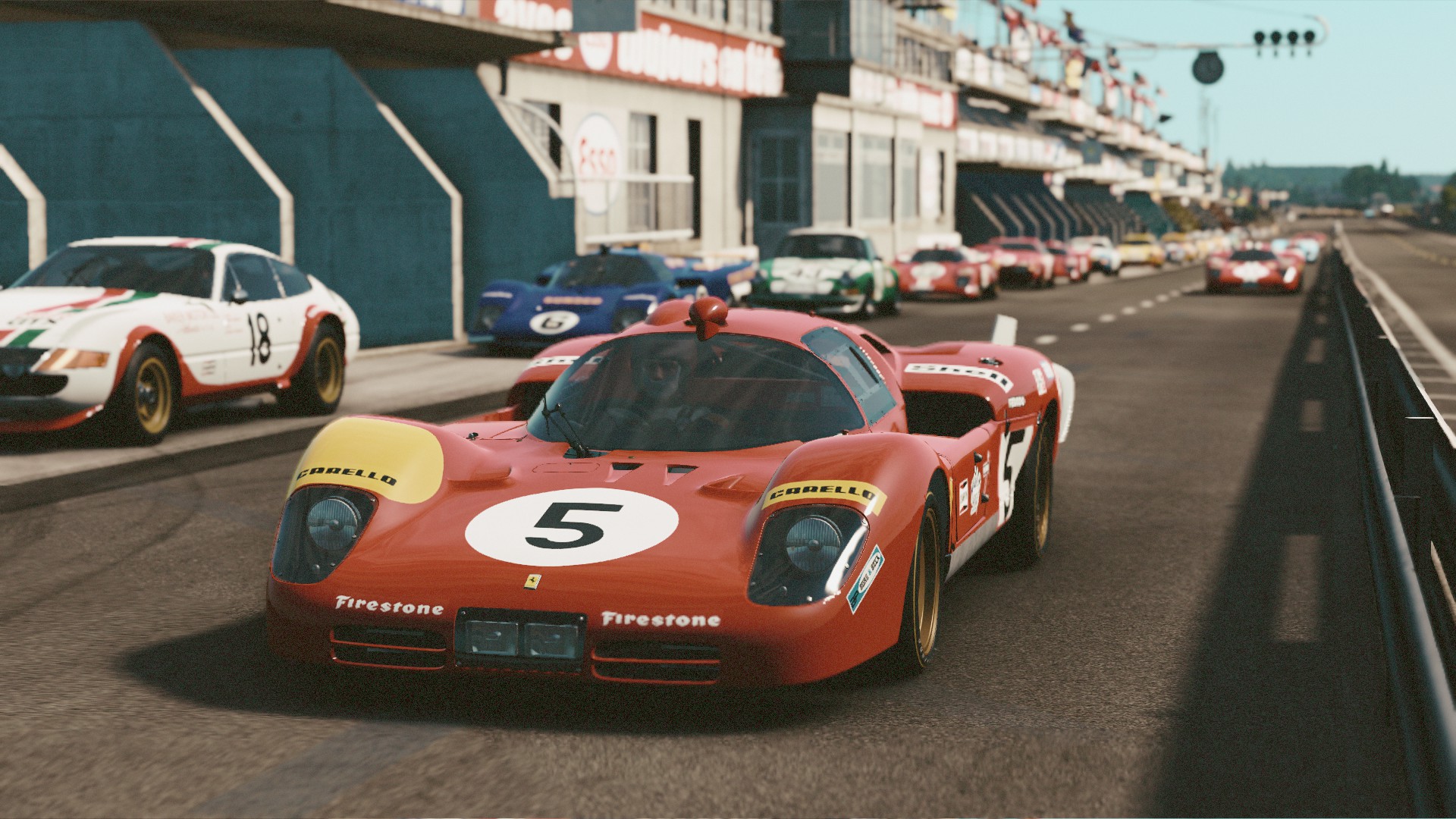 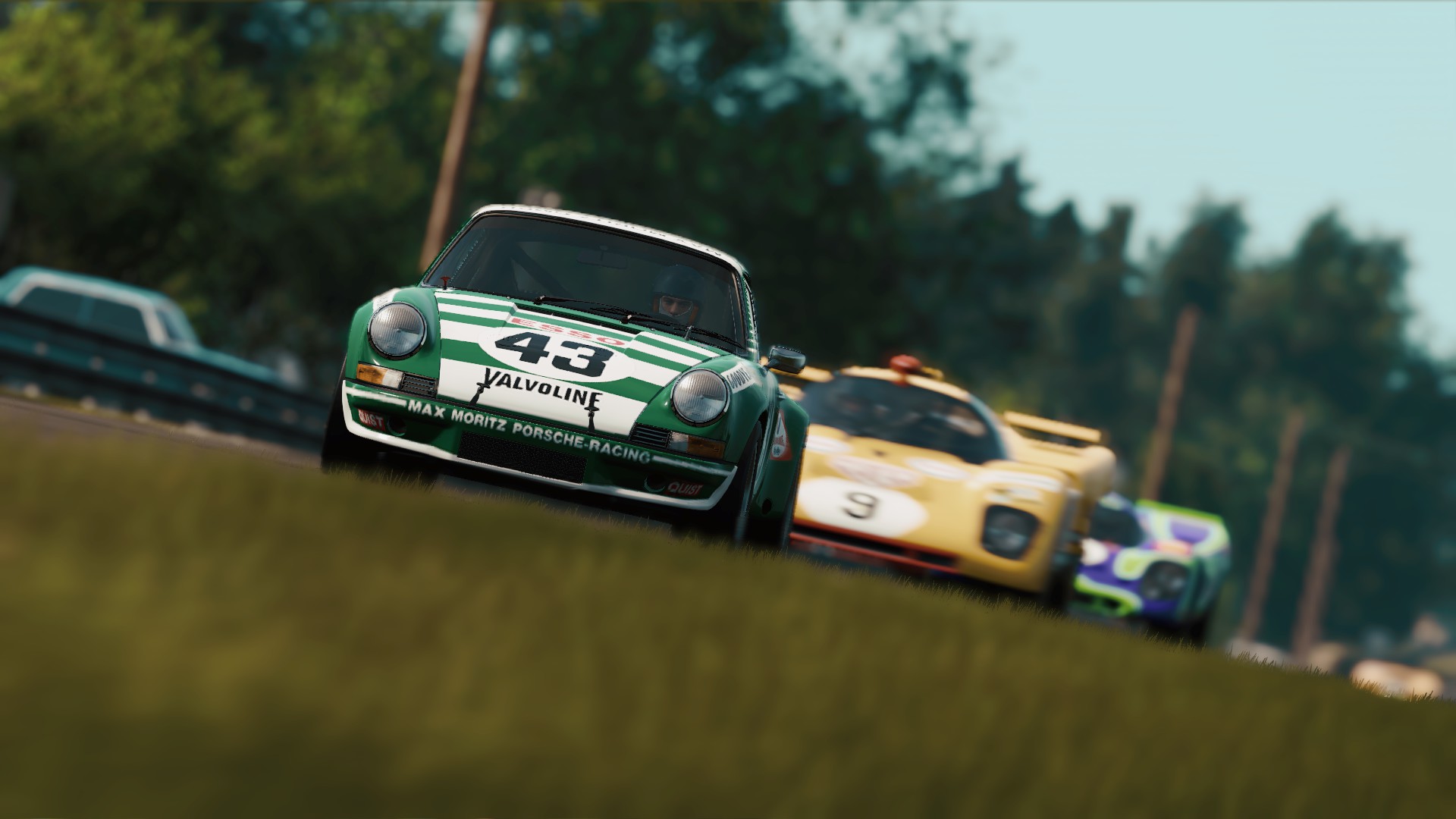 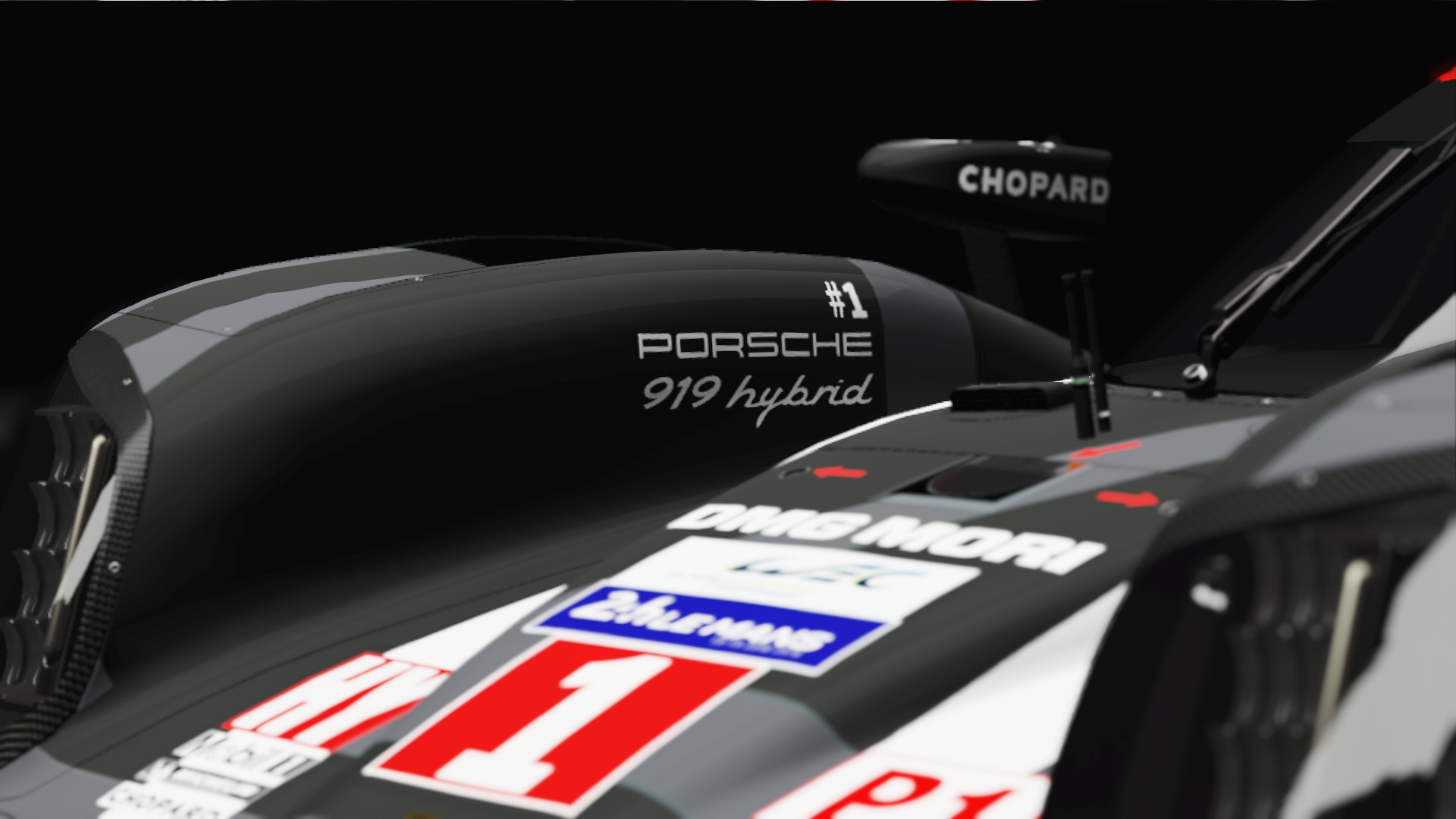 thepharcyde said:
How does one exit the pits without an unsafe exit warning?
Click to expand...

Are you crossing the 'pit lane out' line to soon ? That's what gets me ..I just stay as for to the right as possible & no more warnings ..

Has anyone else tried the vintage proto's ?? they actually drive pretty nice !! I was impressed my first run with them ..

Superb DLC pack, really enjoying this one, especially on PC in VR. The feel of being inside the 2016 LMP Hybrid cars captures the claustrophobic cockpit feel so well. Add to that the finely detailed classic Le Mans cars that offer real seat of the pants driving and this is a thrilling pack.

The 71 Le Mans track is a good addition too, the long straights give a great impression of speed, especially in the 917 LH which also lifts over the slight rise at the end of the straight. I have noticed I've had to increase the AI skill to 110-115% to get a good even race on the vintage circuit.

As far as the 2016 LMPH cars are concerned the addition of fully manual ERS deployment makes for a much better game, being able to chose when to store and deploy the energy for greatest effect. The 2016 cars also seem reasonably well balanced so should lead to some good racing.

The game works perfectly on Xbox too and the DLC was delivered for all formats on the same day so I say well done to SMS for doing something others have claimed to be 'impossible'.

The stunning VR quality and performance even in the worst day/night and weather conditions is what amazes me most of all, the best of any sim to date by a distance.
Last edited by a moderator: Jun 6, 2018

Physics wise they are also pretty good. The S should handle like a truck, and somewhat does (even though less than the drivers refer it did), while the M is much more agile and that is correct. Top speed is wrong for both, but I can live with that
A

Le Mans track is so boring, i can close my eyes when i drive.

i have season pass, but the only good DLC for me is the first "fun pack", we've got 2 tracks and awesome cars.

here it's so boring.

Hope kunos sees this. Opportunity waisted when they had the ferrari poll.
I just had to say it, I'm still upsed about that

Been a bit fed up of "Sim Racing" lately, bought this DLC today, oh boy!

Ayem22 said:
Le Mans track is so boring, i can close my eyes when i drive.

i have season pass, but the only good DLC for me is the first "fun pack", we've got 2 tracks and awesome cars.

Totally agree.. I can’t even bring myself to do more than a couple laps..

But the new cars are pretty damn cool...!

SMS have done a great job on Le Mans 1971. Its like a VLM Le Mans for 2018. Watching YouTube it, together with the 1970/71 prototypes, is proving surprisingly popular given classic racing is something of a minority interest.

The 924 and 961 would not have been my choices but ss a DLC package it works well IMO - enough content to please fans of both modern and classic Le Mans.

Holy ****ing **** its good! I love the old Le Mans circuit but the best bit is that they got ACTUAL car data from Audi to get the R18 spot on!!
You must log in or register to reply here.