How would I go about simulating a non-independent suspension setup like a solid axle or a twist(torison) beam? 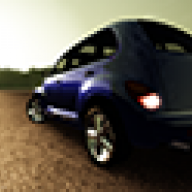 What I do, and I learned it from someone else on RSC, can't remember exactly who. but you put a anti roll bar on the axle that you want to be non-independent and put it as a negative number, like -5000.
2

Thanks. Anything else I should know? 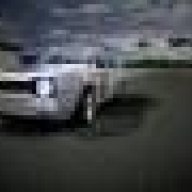 You could use the generic models. I made some moving axels with that!
http://racer.nl/tutorial/generic_models.htm
T

you put a anti roll bar on the axle that you want to be non-independent and put it as a negative number, like -5000
Click to expand...

I never thought of doing that, I guess it makes sense for some axle types - instead of the roll bar keeping both sides of the car level, pressure on one side pushes the other side up. I have real trouble getting my head around the way roll centres etc would work on a solid axle, depending on how much pressure you apply to each side etc :smile:. also from what I gather, roll centre on a solid rear axle is usually somewhere near the centre of the wheel, probably near the diff case - that would help change your handling a bit.

A couple of years back on RSC, Ettore Bugatti did some physics work on the Capri for me, I've lagged on that project so many times and changed parts of it, I'm not sure I even have his .ini any more. But from what I remember it was mainly rear ARB/spring settings and camber, wish I didn't have a mania for deleting old stuff, I might still have it then :smile:

Tiberius said:
from what I gather, roll centre on a solid rear axle is usually somewhere near the centre of the wheel, probably near the diff case - that would help change your handling a bit.
Click to expand...

In general I think that depends on how it's linked up - there are anti-sway bar geometries that can lower the roll centre quite a bit. In the most basic case it'll be approximately at the height the anti-sway bar attaches (eg. if it links to the bottom of the diff case, that'll be the roll centre). But there are tricks to put it elsewhere. The problem is, the more the driveshaft is above the rollcentre, the more lateral movement it has to make when the car rolls, since it's linked to the wheels.


Negative anti-roll bars seem like they would be more appropriate for dependent suspension systems that link the shocks, I know some Citroens had front/back wheels on a common hydraulic system so if the front wheel went over a bump, the back suspension would lengthen slightly and level the ride.
I guess anti-roll bars are the only way different wheels are linked in the current suspension, so maybe it is appropriate to use them to tweak the way dependent systems handle. 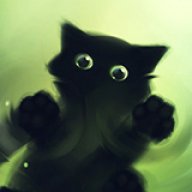 I've probably tested every combination of anti-roll bars that's possible in Racer. Few of them would be useful in real cars.

A twist-beam suspension, as found at the rear of many FWD cars, would just have normal ARB values. The twisting axle works like an anti-roll bar.

Negative ARB values can be used on solid axles with no anti-roll bar. If the springs are mounted closer to the center of the axle, there's less roll resistance. The behavior with negative values isn't really physically correct, but it's not bad if the values are low enough and the movement is limited.

Front to rear positive ARB would work in a Citroën 2CV. Other Citroëns don't have a direct connection from front to rear wheels. Hydropneumatics can probably be best simulated with just normal ARB's and spring rate curves, bumpstops etc. They have some effects that can't be done in Racer.

Hydrolastic/Hydragas found in some British cars could have negative front to rear ARB's. I've used this system in some of my own cars, but it takes a lot of tuning to get decent handling without strange behavior in corners.
E

It is your lucky day, Tiberius!

Here are the the old calculations I did for the Capri.

IMHO it is important to get the roll angles right (based on photographs)
Then when you know the range of the wheel rates (depends if it road car or race car) or when you know the actual springrates and the suspension geometry, you can calculate te remaining 'springrate' of the rollbar.

In these RACER wasn't able to cope with camber changes so suspension geometry effects in the handling were limited. Besides most of the handling is determined by the inertia, wheel rates and damper rates in my view.

For a live axle, there actual two wheel rates: one in roll and one in bumps (driving in a straight line). So a other method is to use the wheelrates for the straight line situation and use the ARB-rates to get the wheel rate in roll situation.

But I haven't played Racer for more the two years so things might changed:tongue:

Well well, look who it is, welcome back :smile:

The Capri has changed quite a lot since I sent it to you back then. Those scans look great, thanks for putting those up for me. I'll see what I can make of them when I'm awake :smile:
You must log in or register to reply here.
Share:
Facebook Twitter Reddit Pinterest Tumblr WhatsApp telegram Email Link
129 comments
AMS 2 | Beta Launches Feb 28th - What Are You Looking Forward To?
22 comments
F1 | Ferrari Boss Binotto Has "Concerns" Over 2020 SF1000
44 comments
Nico Hulkenberg - The Forgotten Man of Motorsport?
20 comments
F1 Testing | Day 2 - Forza Kimi!
63 comments
F1 | Mercedes Running Controversial Steering System In Barcelona
Top Bottom