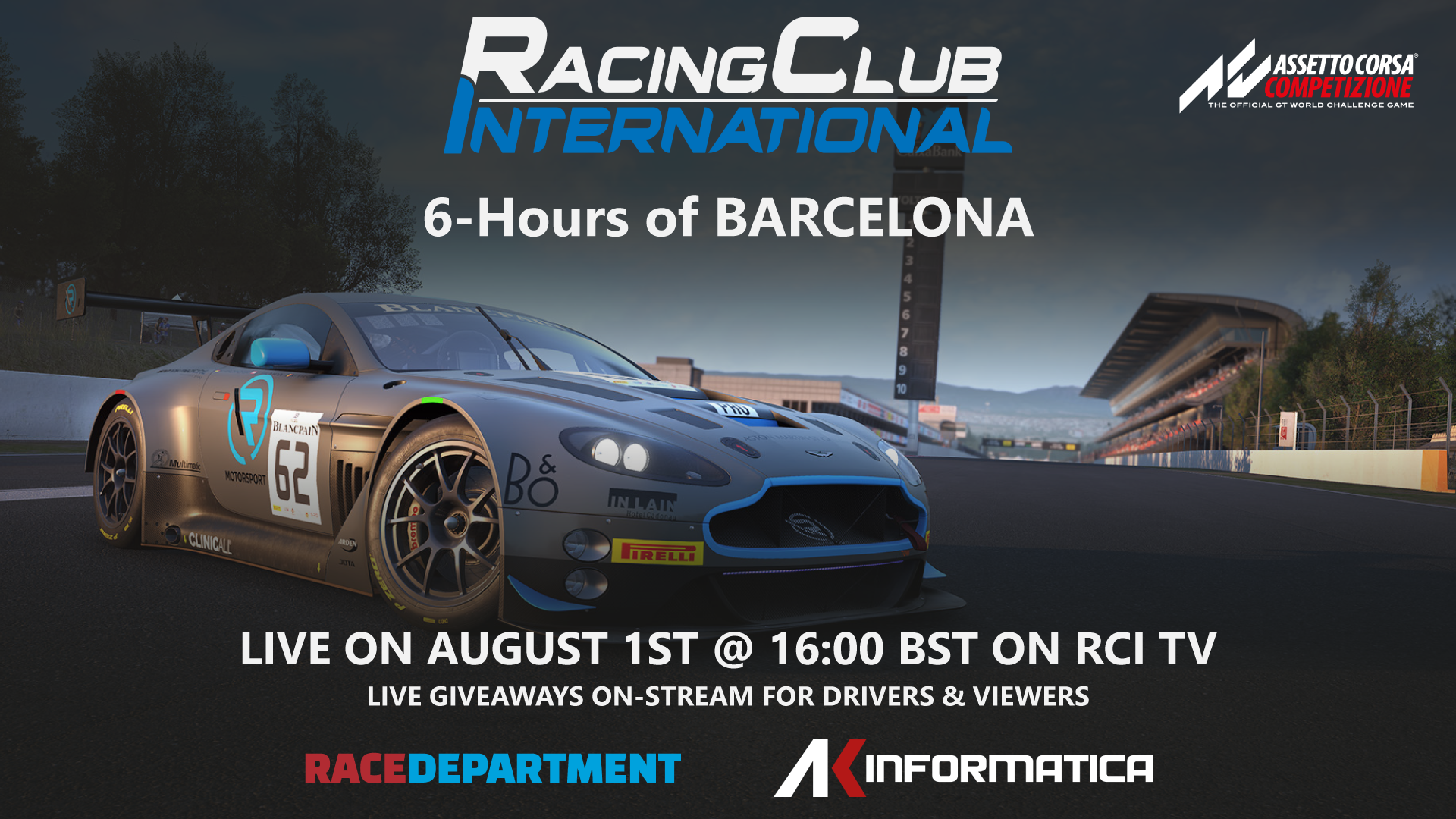 Just as the real world World GT endurance racing gets underway the guys at RCI have their own mammoth endurance race this weekend.

The 6 hours of Barcelona in Assetto Corsa Competitzione looks like a mouth watering prospect. Not just because of the insane quality of drivers in the field, or the fact that Aris and his Kunos team are taking part, but this is a great example of sim-racing esports done right.

The number of staff taking part is nothing short of impressive. Race control with a team of live stewards and a live broadcasting squad which wouldn't look out of place in a live TV environment. Quite simply RCI have pulled out all the stops for this event.

You only have to look at the program which has been made by their media producer to see how seriously they take their sport. A beautiful summary of the event and the competitors taking part including a spotter guide which is certainly needed for such a massive grid.

There are also prizes up for grabs for the viewers which is a great touch. I was already excited about this race but with the added bonus of the chance of winning some prizes, well, that's just brilliant.

You can watch the live stream here -
And if you want to take part in RCI races then feel free to get involved and join their Discord HERE.

Good luck to the RCI team and everyone taking part.
Last edited by a moderator: Jul 30, 2020

Thanks for the shout out, Steve! We're really looking forward to this, and we've already teased our next event... Info in the Race Program or on Discord... October might bring a Mountain (hmmm) your way..

The entry list is quite impressive too, let's see who manages to remember during the first lap that it's a 6h race... 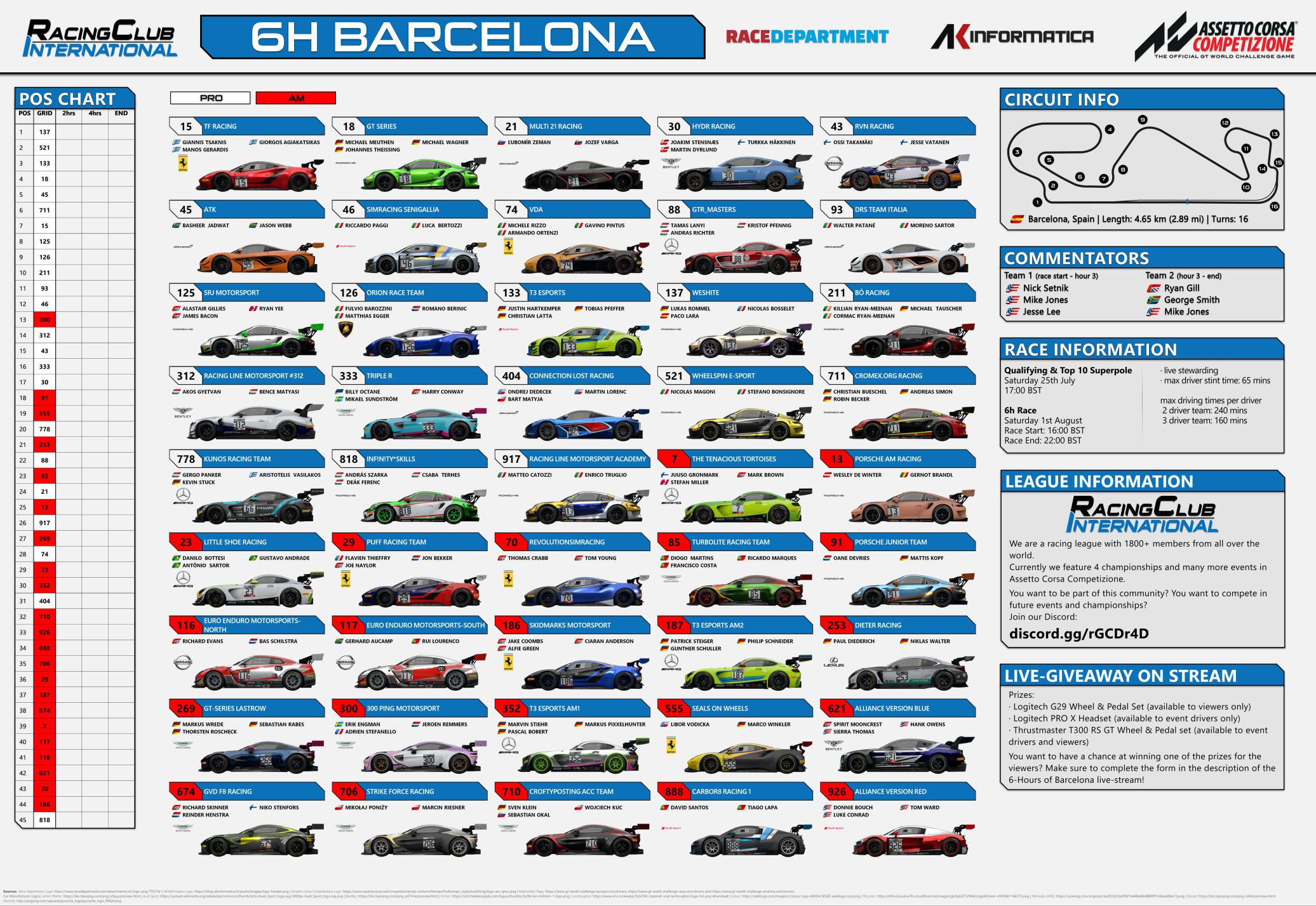 Official Spotter guide
You must log in or register to reply here.