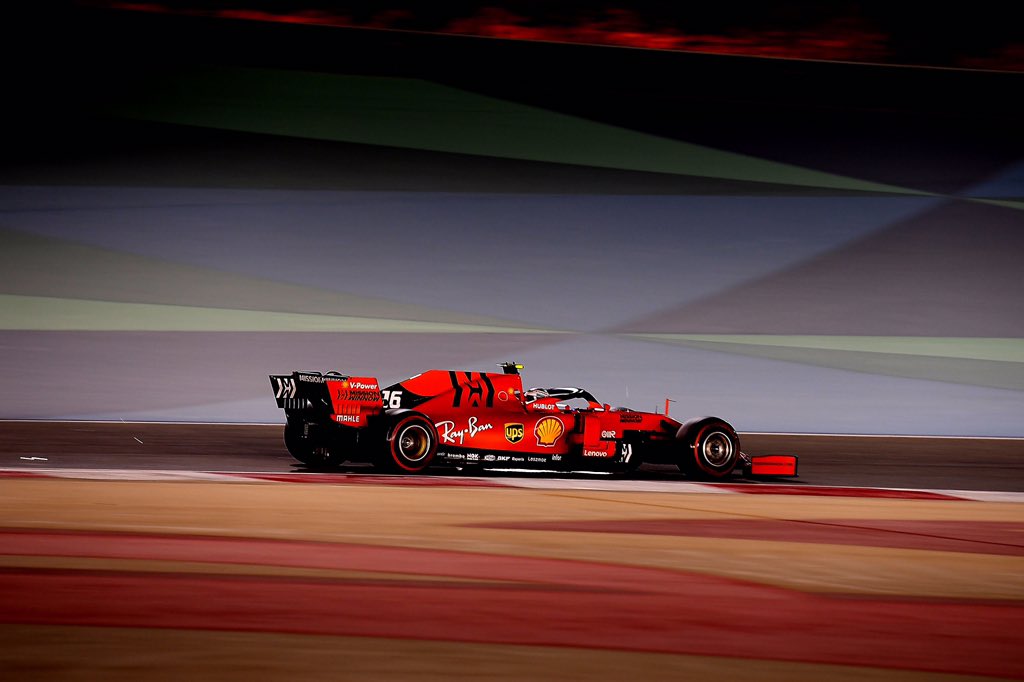 Charles Leclerc looked the stronger of the two Ferrari drivers in Bahrain, prompting many to wonder if Ferrari should support their new driver in a bid for 2019 championship success.

Having started 2019 claiming that 4-time World Champion Sebastian Vettel would be the focus of the team attention this year, a claim backed up by team order instructions during the Australian Grand Prix, Charles Leclerc is doing all within his power to change the minds of the Ferrari management in the early stages of the season.

At just 21 years of age, Leclerc certainly has plenty to learn about Formula One racing at this point in his career, however what the youngster lacks in experience he is more than making up for in raw pace and tenacity, easily showing himself as the form man in the team during the Bahrain Grand Prix weekend. With a performance that made team leader Vettel look outclassed pretty much all weekend, is it time for Ferrari to reconsider their decision to put all their eggs in a Sebastian Vettel shaped basket, and instead get behind the young man from Monaco before the season progresses too far?

Do you think Ferrari should look to Vettel, Leclerc or both drivers in equal measure as they look for a first WDC since 2007?

How many F1 articles haha?! Can't there be one mega thread or something for all the F1 stuff? I do enjoy it but it kinda crowds the front page imo

I would honestly think about switching Seb to Alfa Romeo and Kimi back to Ferrari. Consistency is the word. I know it sounds hard, but Seb is not in good shape since last summer.

Well done Charles Leclerc, he established himself now and proofed his potential again. Great drive, no faults. Now its up to the team management to see what they do.
W

Hell Yes!! They should.

i say Hell Yeah!!!! He lost the start, caught Vettel, and didn't spin by himself. It's been mentioned a few times, Vettel cracks under pressure.
Its a bit early but Ferrari left things a bit late last year.
Last edited: Mar 31, 2019

One successful race does not make Leclerc the obvious driver to back. Vettal has a hell of a lot of accolades on his stat sheets for some snot nose punk to take his position on the team.
P

Vettel is a Marko's creature. Most overrated driver of the 2000-2020 years. Enough it's enough. Goodbye littlefinger

I really dislike team orders and n°1/2 status within the team this early in the season.
It was awesome to see some racing between Leclerc/Vettel, Lewis/Bottas and Ricciardo/Hulkenberg.

If Charles drive today as the whole season. Vettel have a big problem
E

There's a saying 'make hay while the sun is shining' which translated into F1 language pretty much means make the most of it while your car is fast.

Ferrari, however appear to have moved their hay into a stable and got the Prancing Horse to **** all over it.

ZuneGuy said:
One successful race does not make Leclerc the obvious driver to back.
Click to expand...

He would have had 2 but team orders were used in the first race..Vettel is an old hat now,and he keeps proving that..
M

Too early to tell. One thing is sure: Leclerc is the real deal. I was amazed by his maturity all weekend long. After taking pole position, he was quick to point out that the race is what matters. After the race, he said that mechanical faults are part of racing and he tried to rally his team. Amazing for such a young man.

I can already see a Charles Leclerc/Mick Schumacher Ferrari team in 2022...

I agree that one successful race does not make any driver the one to back, but we're not talking about one race when it comes to Vettel. His performance last year - throwing away the championship in the best car via a litany of unforced errors - makes Bahrain just another point on a rather disappointing trajectory. I'm a Vettel fan, and for a while he was indeed the class of the field, but he's not anymore. I would move on until he proves himself again. Rewarding a failing driver for past glories won't win Ferrari a championship.
F

Come on Paul please Don't make Race Department as gross as every other F1 Media outlet.

Ridiculous how they push F1 over anything else these days.
F

Koen Verlinde said:
Ridiculous how they push F1 over anything else these days.
Click to expand...

I don't even mind seeing F1 Articles as i am a Fan I'd just hate to see RD go down the path of trying to compete for the most Outrageous/Exaggerated headlines.
Just to be clear I'm not some RD Critic i generally only post if it's something positive.

I enjoy all the RD content. Keep up the good work.

I don't think the team should favour Zeclerc just yet but I think Sebs been ruined since he threw away the German gp.

Vettel is still the #1 in the team, but if Leclerc keeps this pace, he will surely achieve great results!

Today I'm really disappointed by Vettel.
He must not do such mistake under pressure. And then the bad luck...

Ferrari guys must work hard by the way, because today it was a clear win but... the car failed Leclerc in the most beautiful moment

When a decent lead between the 2 drivers start to form, then Ferrari should obviously support the one ahead
You must log in or register to reply here.