I often convert tracks from GTR2 to Evo in 3DSimEd.
and I have problems with incorrect display of a few shaders.

1. T1 mul T2 add T3 (and Specular too).
This shader is used mainly for grass. The "add" and "multi" textures are swapped
and the grass is white.
This is not a problem of game shaders, because 3DSimeEd also displays white grass.
I have to rename these textures of change shader to T1 add T2 mul T3.

2. Bump specular T1.
This shader works correctly until I open the track in the editor and export all files again. The diffuse texture is swapped with bump, what displays blue objects.
After opening the exported track in 3DSimED, the textures are also swapped.
If I change the shader to Bump specular map T1, using a black texture as specular map,
and export again, the display is correct.
This shader is used mainly for fences, armco and banners.

3. Lerp (any variant supported by RFactor). It doesn't work both in GTR Evo and GTR2. The texture is white or loading the track crashes the game.
This shader is used for track borders (grass overlay).

So I have a few questions. I think the problems 1 and 2 are caused by 3DSimEd that replaces the textures. Is there any switch in the editor not to swap these textures when exporting?
What are the filenames of these two shaders? That I could test how it looks with modified shaders?

Where to get the shaders files for Lerp? Such as
T1 Lerp T2 mul T3 add T4 vertex alpha ?
In RFactor the shaders are packed in one file and I don't know how to extract them. 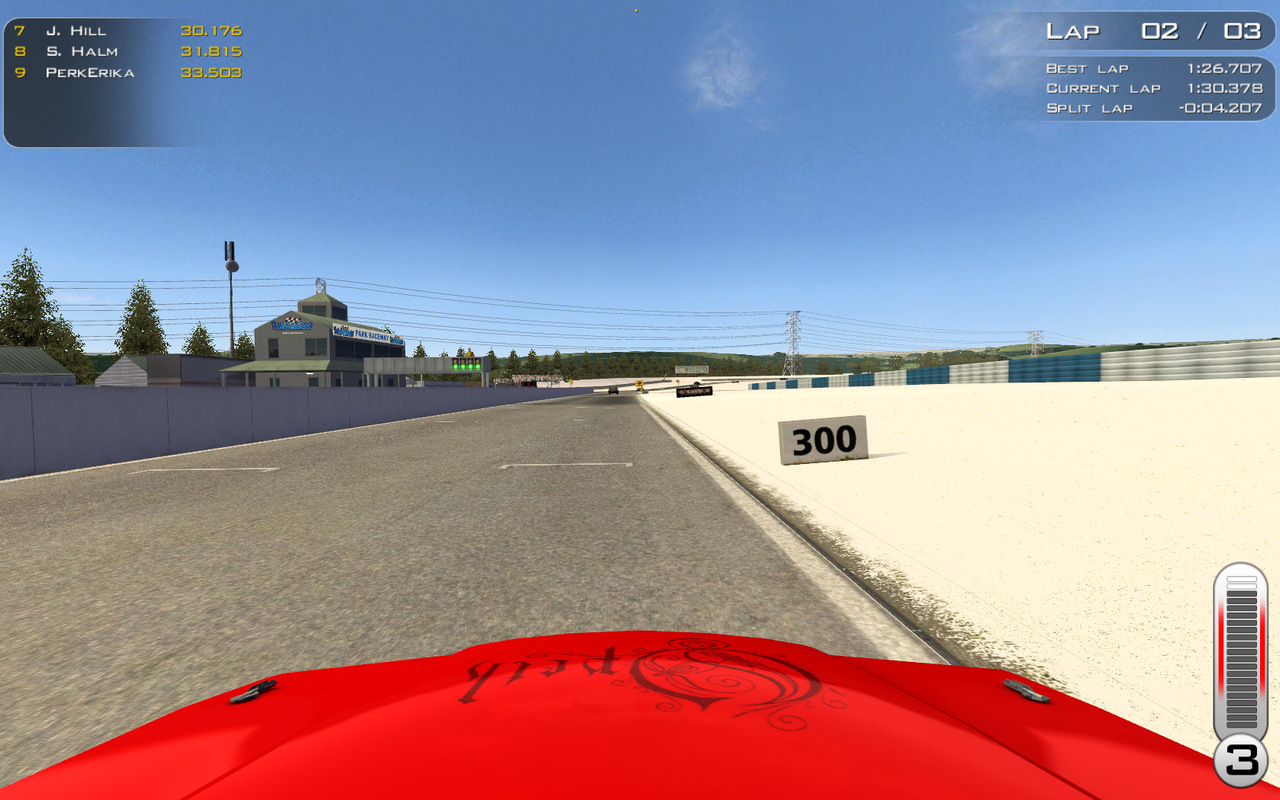 1. T1 mul T2 add T3 (and Specular too).
The diffuse shader with 3 textures and mixed Mul and Add are an error in all simbin games.
T1 mul T2 add T3 gets converted to T1 Add T2 Mul T3 and the other way around.
Different version of 3Dsimed handle it in a different way. Some keep those shaders as dx8 other versions allow the upgrade.
One easy way are to make a white small texture and added a Mul T4 to those shaders or a black and use add T4
That way it will display right and be dx9.
The shader name are DiffuseT1T2xT3 and DiffuseT1xT2T3.
Easy to fix the shaders but if you do a lot of tracks will be off. Including most base tracks!
That fault are not in the specular version so not sure what issue you see there.

2. Bump specular T1.
Can't say I have noticed that. You got a track name where that is happens?

3. Lerp (any variant supported by RFactor).
Only DiffuseT0lerpT1 are supported in Simbin games while rf1 got a lot more variants.
Wanted to include the the other variants just to keep the original looks from the converted track but never got around to actual do it.

To get around some of the issues i have a set of Race 07 Dx9 only shaders installed in 3DSimed folder "Hardwareshaders"
That way what you see in 3Dsimed are what you get in the game too texture wise. Works for both Race 07 and Gtr2
Upvote 0 Downvote

Bjarne Hansen said:
2. Bump specular T1.
Can't say I have noticed that. You got a track name where that is happens?
Click to expand...

Sorry, it was Bump Map Specular T1.
It is also used for gravel. It uses only diffuse and bump map, no specular map.
When saved and opened again, bump texture is set as the main and the objects are blue.
So I replace it with Bump Specular Map T1,
and select a texture for specular map - the same as diffuse, or black, or other specular - it depends what kind of material is this. 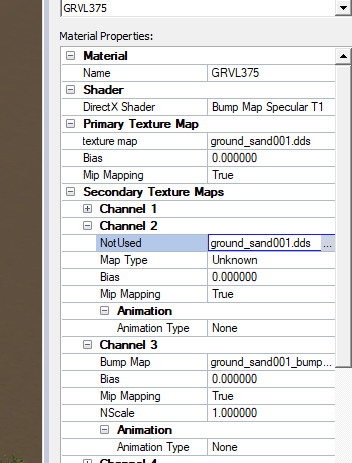 3Dsimed sometimes messes up when things get saved.
Save often and reload the track just to see if things are right.
Not sure I have seen it looks like in your screen copy doesn't make much sense.
Still a great program even it is not perfect.

While I doubt it is the case in your example there are GMT's that 3DSimed can't change the set shaders in.
If the set dx9 shader are different to the dx7 set shader it will use the dx7. Even it will show the dx9 shader name in the menu!
Only way to fix that as fare as I know are to hex edit the gmt's and reload them again.
Upvote 0 Downvote
B

abrimaal said:
Sorry, it was Bump Map Specular T1.
It is also used for gravel. It uses only diffuse and bump map, no specular map.
Click to expand...

Just had something similar on the 2007 Imola track and now recall same issue with the Gtr2 versions.
Could not get the shader to not load the bump map as diffuse map. So changed it to BumpSpecMap and that worked and after saving could change back.
So you are right this can be an issue.
Upvote 0 Downvote
You must log in or register to reply here.