strategy on tires will be the right solution?
Reactions: Bob Laube, David Turnbull, Reik Major and 1 other person

Q: near my pb
R: 10th
Great race until 1st pit nice fightings with Bob L, Nicolai, Nelson guys this is the fun.I met agin Bob and Nelson along the race but I saw Nelson lost the car so easy pass for me front there is Bob and Nicolai with about 20/22sec. of advantage and 15mins left I tried anyhow,a while by the end I saw Bob in pit I thougth for regular pit than I see dnf 2 laps and the race is over.
Congratulations Reik David Sean and all us

PS sorry if I write the podium not correct but just passed the line S/F I had a game crash
Reactions: Bob Laube, David Turnbull and Reik Major 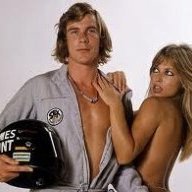 After having my wheel in bits all afternoon trying to fix the steering, which was sort of successful, it then developed a shifting problem, this must be something to do with the way I reassembled it,

perhaps the screws that hold the circuit board with the switches on it are too tight because it was shifting of it's own accord, mostly upshifts that I didn't pull but a few downshifts also, one of which left me in neutral exiting the hairpin which cost me 3 or 4 seconds to Tim (who would have caught me anyway), but on the last lap both Vinny and Nico R caught and passed me as I was floundering in the wrong gear, I think Nico R touched me exiting the chicane as I was trying to shift up and it was all going wrong, sorry mate

Apart from that good race all round

If I can sort the shifting problem with some fiddling around I'll consider fitting one of these brass optical encoder things which are available, if not.... new wheel time

Grats all, see you at the next race hopefully

kept up my run of poles, this was the 7th, decent lap, was a bit nervous towards the end waiting on reik finishing his lap, i hung on though

started very well, kept the lead all the way to the first pits, went in, with limiter on to help slow me as i had an early box, forgot to turn it back off again so lost around 1.5 secs, still came out in front of reik but he was right into my slipstream and keeping him behind was going to be too difficult, he passed me round the outside in a nice move and i just tried to stay close until the next stops, i went in lap 22? and didnt use the limiter this time as i was scared after the first pit, well without it helping slow me i missed my box, even more time lost, it just wasnt going to be my night, the last stint was spent dealing with a wierd set of tyres, they just werent as grippy so i lost time every lap until id ended up 7 seconds behind reik at the end.

grats reik on a nice win, even without my problems i wouldnt have had the pace to win this one, slightly dissappointing not to keep the run going but as i said on the server, if id lost it due to my mistakes id be angry, but i lost by being passed by the faster guy on the night so im content to take second. 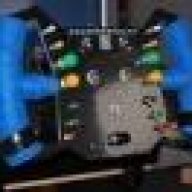 in the first curve, first lap i had to brake sharply,
nicolas was very slow, then I got a shove from
nelson.
Then I was at the end of the field.
The next rounds were very nice and made fun.
Just before the end, I rolled with 1 liter petrol in the box.
I have selected the amount of fuel during ride and thought
it fits so, but she just gave me no gasoline.
DNF just before closing.

Thank you very much David! Very nice compliments from our best F3000 driver and champion.

A few mistakes made me drive an averrage lap time. With a more to the point lap it could've been pole but P2 was also very nice to start from.

Started well and could hold P2 behind David. I was able to follow him close for a few laps. The 2 straights helped coming closer whilst it was hard to sty close in the slow sector 3. Doing a few minor mistakes the gap increased to 3 seconds before the first stop.

David and I entered the pits at the same time. I had a perfect stop and David some trouble so when we left I had closed the gap again. I chased David for a few laps not being able to attack but to make pressure. But after a few laps I seemed to handle the chicane after the first straight better then David so I had a perfect slip stream down the second straight. David moved to defend the inside. I braked late on the outside and drove a wider line when David drove it very tight to make it safe for us side-by-side. This put me in the position to claim the chicane and I was through. Thx David.

My car balance felt very well and I had found a good flow, so I was able to open a small gap so David couldn't make much use of the long straights. In the end of the stint David pitted one lap earlier but I drove a very good last lap and made a perfect stop again, so I entered the track with the same gap in front of him.

My flow had still improved and I felt very good to attack as much and as smooth as I could. So I finally brought it home in P1 with a slightly bigger gap to David. After a very tough race I was very satisfied with the outcome.