Andrew_WOT said:
Do you happen to have a link, is it some distortion correction SW or FW. These ultrawide can definitely benefit from something like this as edges stretching on 3D content is a real problem. 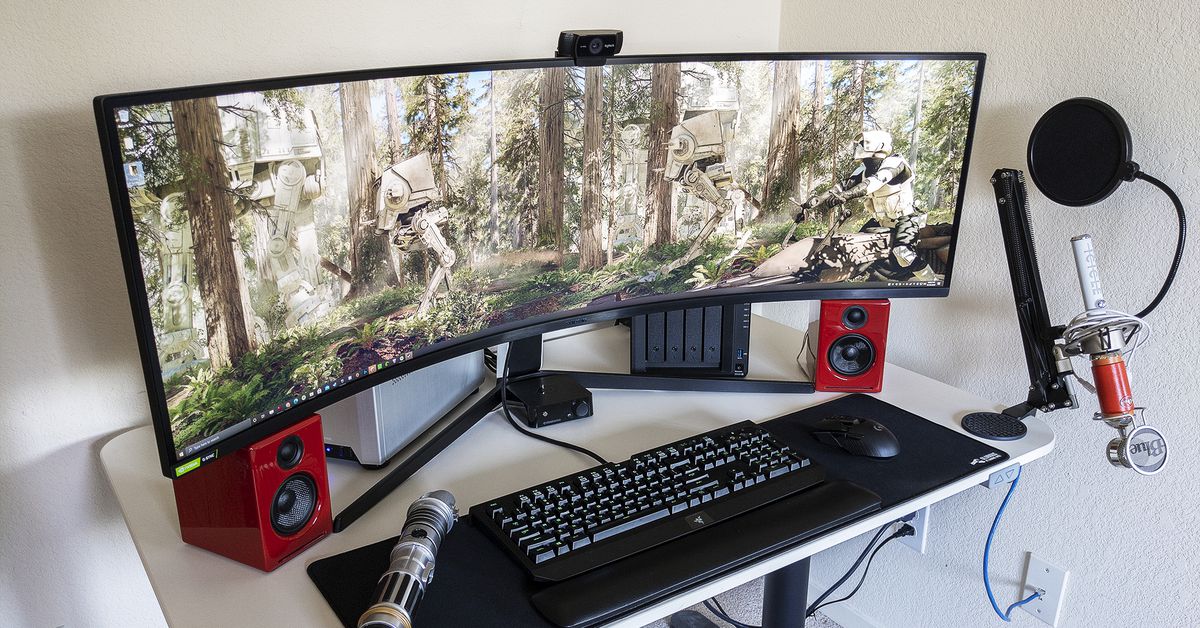 Samsung’s Odyssey G9 does the work of three monitors

TLDR: We need developers to implement a screen on the car interior dash (in our fov) to show us what the right mirror should show us.

I would go VR + Samsung Odyssey Neo G9 every day any day.

The criticism I read distracted me. However, I came to say this idea: some cars have a screen that shows you what´s behind you (because of the air vents or the wing that hinders the rear view mirror...etc), so the idea of having a small screen that shows you what´s in your right mirror but the screen is still in your field of vision isn¨t so unrealistic. I wish sim developers implement it and I think it´s so easy to be implemented.

Most of the accidents happen due to not having a 360`spacial awareness. Even IRL I barely survived dive bombs thanks to noticing them in the last second. And hellicorsa is good but doesn´t simulate something from real life as far as I know.

Obviously even a 49 inch super ultra wide with 1000R curve can´t let you see your right mirror in the natural FOV. And a triple screen setup is (no offence) so stupid: costy, ridiculous, too much space, hard to move, too much performance hit for current video cards (some of my friends run triples at 720p) and stupid.

Head tracking solves that to some degree.
You must log in or register to reply here.