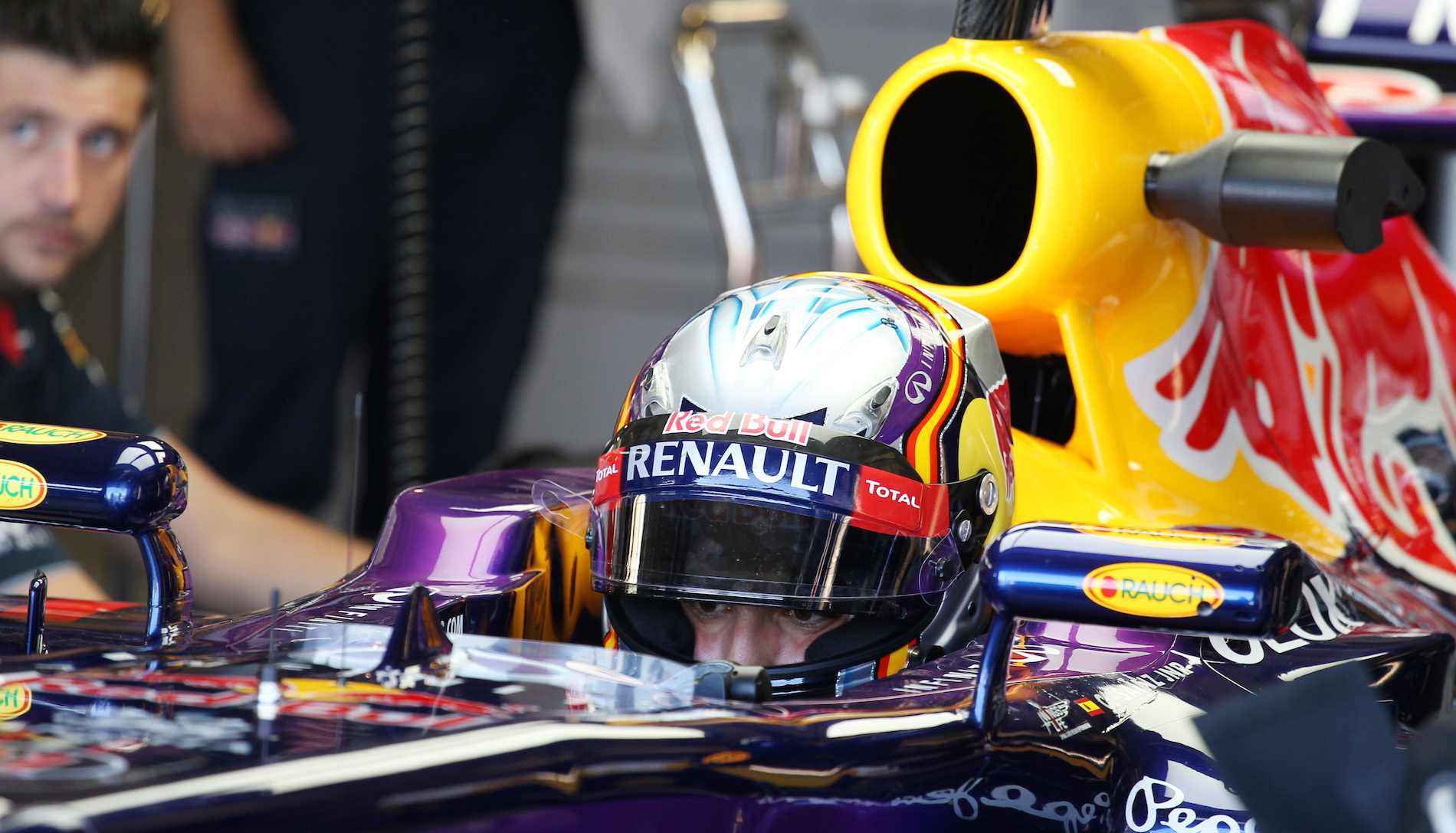 After leading the Renault World Series all season, it has become clear by meeting his targets sent down from the bosses of the Red Bull junior driver scheme that he would be in line for a promotion to F1 in 2015. His most obvious destination was Red Bull's junior team, Scuderia Toro Rosso.

However, in the past few weeks and months things have began to go pear shaped for the son of Spanish rally legend Carlos Sainz. Firstly he missed out on a promotion to Toro Rosso in 2015, with the blindingly fast Dutchman Max Verstappen creating plenty of attention when he was announced as Toro Rosso's new driver for 2015.

Now it seems his once very big lead in the Renault World Series has been whittled down to only 16 points by the very much on-form Roberto Merhi. The link with these two runs deeper than being title rivals as both have been linked with a seat with the Caterham F1 team, although Merhi seems to be a step closer as he has already drove for the team in Free Practice 1 for the Italian Grand Prix.

Despite the uncertainty surrounding his F1 future Sainz Jr remains hopeful he will be on the F1 grid in the next few years. He is quoted by Autosport as having said "At least there was a positive that I had a meeting with them and they want to keep helping me in the future and they want me to still be part of the Red Bull family, This meant that they think I have something special still. They want to keep me."

He also admitted to Autosport that it was a tough summer for him hearing the news of Verstappen's appointment "Obviously it was not an easy summer for me. When you have news like that it's tough to take. Even if the decision was not to my liking - because my only target is to be in F1 next year - I have to be very grateful for everything Red Bull has done for me. I felt like I was fully ready for an F1 seat next year. I have never felt more confident and more ready for Formula 1."

Whilst the F1 future of Carlos Sainz Jr seems murky, the best way he can enhance his F1 prospects now is to simply focus on the remainder of his Renault World Series season, and on securing the title. In my opinion if he does this he will spend a year or two in either GP2 or in the DTM, whilst at the same time being groomed for an F1 seat, much like Antonio Felix Da Costa this year.
Last edited by a moderator: Sep 19, 2014

I think Sainz still has some time left to make it to F1. If Caterham still exist in some form next year, it's likely he'll be there, funded by Red Bull. If Bernie's idiotic three-car superteams proposal goes through, that opens a seat for him at Toro Rosso, where he would have been before they outbid Mercedes to get Max Verstappen.