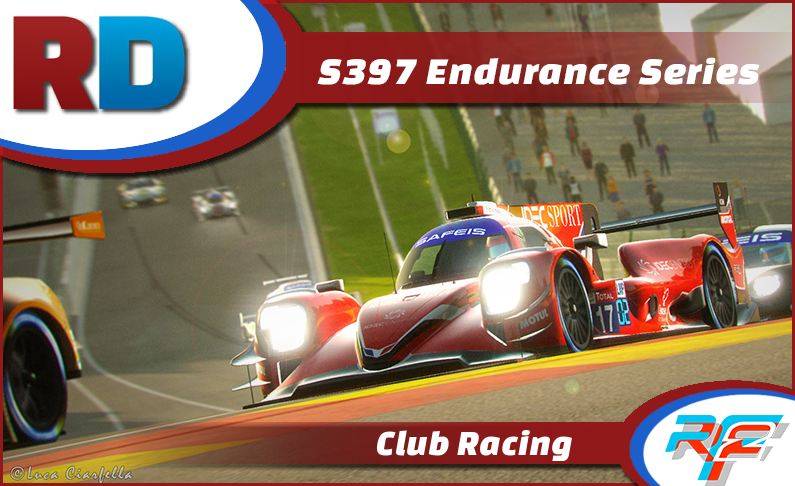 SAMBA!! Or something similar! Time to go to Brazil. It's a track you wouldn't think of as a great track for multi-class racing, but it is! It's free as well! That's a win-win, no?

Eligibility: You must be a PREMIUM member. You must also use your REAL NAME on all RD servers and Discord, and include this in your forum profile. It is the only way of identifying who you are during an event.

Premium
Prototype for me, please

// If you want to save the planet, drive fast !

Premium
Hum.... I am a bit puzzled about this one.... sign me as a maybe please and LMP as always

Roy Magnes said:
Prototype for me, please
Click to expand...


IceColdBeard_24 said:
Hum.... I am a bit puzzled about this one.... sign me as a maybe please and LMP as always
Click to expand...

Nothing to be puzzled about. Awesome track for awesome cars! ;D

Premium
I hate and love this track so much In with GTE, please

David Steinacher said:
I hate and love this track so much In with GTE, please

EDIT: yes, I changed my name on RD
Click to expand...

It's only love with this track!

I know - not sure if it is staff only or not, but I can see a little sign on your profile that says you've changed the name, and I can see what you were called earlier IGotControl.com

Oh, and ofc you are in

// If you want to save the planet, drive fast !

Ole Marius Myrvold said:
Nothing to be puzzled about. Awesome track for awesome cars! ;D
Click to expand...

Premium
Put me down for a gte spot please, best I learn the circuit!!

Premium
Can I switch to LMP this time Would like to try them for a first time.

And may I ask what exactly the `DPi-config` is for the Cadillac?

Premium
Hi there, sign me up with an oreca, thanks!

Premium
As it is looking a tad quiet, I will have a GTE please. I was booked to do a simracing.gp ACC race, but this is far more interesting.

David Steinacher said:
And may I ask what exactly the `DPi-config` is for the Cadillac?
Click to expand...

DPI config is LMP2 spec. Using the other config effectively makes it LMP1 with a big push in power.

Hopefully we'll get to use the go-fast config at some point because the car is a blast to drive with the added power.
Last edited: Jun 17, 2021

Jan Larsen said:
DPI config is LMP2 spec. Using the other config effectively makes it LMP1 with a big push in power.
Click to expand...

Ok thanks
But this only affects the Cadillac? For the other cars, I can't do anything 'wrong' or? I saw that, for example the Oreca has different Ratio sets (Low Speed, High Speed, ...) in the Gears setting. Can this be changed or should this be fixed?

Premium
Yes, only the Cadi.

The ratio sets can be changed, I believe they're not fixed. But low speed is used nearly everywhere except for the very fastest of tracks, like Le Mans.

No you cant do anything wrong in the other cars, but there are different aero packs intended for different tracks; low or high speed. 'Le Mans' is kinda self explanatory with it being the lowest downforce/lowest drag package intended for high speed track like Le Mans, Spa, Monza etc and the 'standard' (all diveplanes) are for the high downforce tracks...generally. Then there also the opportunity to mix it up with the 'upper diveplanes' and 'lower diveplanes' packages which is an inbetween thing. When you've chosen which one (I'd start with the 'standard' package for Interlagos) there's also the opportunity to adjust the wing. A high downforce package with a low rear wing usually yields the best laptimes on most normal tracks. It all requires some testing and then setup work to really make it shine.
Last edited: Jun 17, 2021
S

Premium
No server up yet?

Simon Kingsbury said:
No server up yet?
Click to expand...

Uh, it was up?
I've forgotten to write it though. I even installed and got things ready on Saturday!

Will log on the RD main server and get it up again!
You must log in or register to reply here.