Andrew Evans said:
but will also give you a mismatch when you try to join the server!
Click to expand...

hehe i was just returning to post that, i read the info at no-grip :shock:
B

Brian Brewer said:
sign me up im there lol.............what time in the us?central standard time is the area i live in
Click to expand... 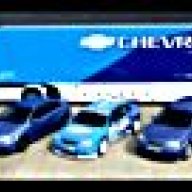 Will attempt to have a wee shifty.
L

So practice starts in 30 mins?

See all next race

Quali: 14/15
Race1: slow laps but relatively consistent driving: P9
Race2: Great start spoiled by T1, back to 9th, fighting a few laps with Robert, after he passed me I tried to pass him back, I was on a right line but then my car's back end started sliding.. and hit him. I waited. After that I made 1-2 more laps, then spun twice, was very tired and I thought it's better if I leave before the front runners catch me and I ruin their race with some stupid mistakes in this car.

I didn't get comfortable with this car somehow...

Thanks for the race guys!

Qualy* clocked a 1.39.6xx with a spiking throttle what was enough for 3rd
Mtommi on Pole and Gary on 2nd

Race1* Start Karate beats Start Kung Fu :th_wink:, i nicked 2nd from Gary and was rite on Mtommis Tail who showed a awsome pace at the A1 ring.
at the end of lap 1 Mtommi did a mistake at the 2nd last turn and runned wide into the gravel so now in lead gary on my tail i noticed that he tryed to give me some air
that worked out till lap 6 where my tyers already started to fade away,
i then let him past but not that easy , but then i did again a error and dropped back to 3rd behind Jay. Jay in front Mtommi plugged to my rear
i got a change to brake inside of Jay, but i must apologize as if he had not open the door i would have him plain and simple shouted out, as i was way to late on the brake with my nose already onpar with his rearweels.
no Mtommi gave me the Hell to nick 2nd of me, that failed everytime till the verry last corner where my throttle spiked again so he nicked 2nd of me realy on the line.
Well Done Mtommi

this race is pure Vid Material

Again a good start but braked a bit early what lend to the explained situation at the top of my post again i am verry sorry as i had no clue that it was that much carnage as showed at the replay oke:
i was up to 3 rd or 4th after the 1st turne and was chasing Jamie and had Jay on my rear, then i had Gary on my rear and let him past as i had no speed he then closed the gab to Jamie realy fast with me close following
but i had not that easy task on Jamie, man a toledo can be wide .
eventualy he made a mistake at the last turne so i and Jay could go past him at that point it was a all BVM lead 1-Gary, 2-Nigel, 3-Neil, 4-Me
i was going to stay on 4th and hold Jay up so Neil would be save but his speed dropped much till the end of the race so i came closer and closer with Jay nagging the painting of my rear bumper, then turne 1 Jay was pastme he nuged Neils rear and spun him while i was such close on Jay that there was no time for anything i spun him too
till he was past me again and going Jamie got again past me and Jay, i could swear i saw a bright smile under his helmet so i finished 5th

good Race all was verry funny

and again Sorry to all for race 2 turne 1
M

hehe XieXie for the Vid
G

Both tremendously fun races for me with the S60,although both starts all i could do was spin up the wheels which made me work from the start,memorable racing with Hermy-Mtommi-Jay-Nige-Simon T-Neil G,lovely clean gent style :good:.
Thank You Yves and RD.
K

it was good fun tonight :good:
Joined the fun with around 20 minutes of qualifying left so just enough for 2 runs at it. First run it was get a feel for the car/track combo, second runs it was tweaks done and go for it and was very happy to get 5th.

Got off to a bad start and Simon out dragged me to the first corner but going up the hill i was all over him which i found strange then thought he must be heavy with fuel, maybe he was maybe he was not but i soon found out that i was very light on fuel as being a total twat i only has 25L in the tank so spent the next 11 laps taking it easy with the revs and the last few laps i dropped from 5th to 8th without being able to fight back and i could only watch the cars cruise by as i coasted over the line with 0.1L left in my tank.

Race 2 i started from pole and got off to a good start and soon pulled away from the pack led by Nigel and the gap stayed between 0.9 and 1.5 seconds for a few laps as although we were both in Honda's i seemed to be quicker in section 1 he was quicker in section 2, while in section 3 we looked even.
This time it was my turn to be short of fuel and as i tired i started making mistakes as Nigel kept the pressure on and eventually he got past as did Gary behind him. I tried hard to hold on to 3rd for a BVM filled podium but it was not to be as i defended the first corner i got tagged and lost some momentum as i struggled to keep it pointing the right direction and this was enough to let Jamie power past from 6th into 3rd place within 1 corner. After that i had neither the time, energy or the tyres to get past him so had to settle for 4th.

Great fun with these around this track and i think everyone enjoyed it so thnx all who made it so.