Running a Server this weekend with GT Cars 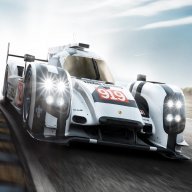 I wanted to get people's opinion and poll them but since I have to be vague at the risk of my post being deleted due to "advertising" I'd instead ask the question that if you were to emulate the Un-named Racing series that's running at the Unnamed race track near Austin Texas, would the standard Assetto Corsa GT cars be enough or would you rather if you had Un-named mod installed race those GT cars along side AC cars or just the Mod itself?

Thinking of hosting a server with 8 laps and casually ran for fun to go alongside the inaugural event at the track near Austin TX this weekend.

The server is not for advertising, nor is it to steal people from any of race department's events or there of.

Or can I not post casual events here? If this post is beyond what Race Department's rules are as far as advertising please make it clear what was violated next time, than just "advertising" which was not the case, maybe a link to a certain race series which was racing this weekend that maybe informative...that's the only fault I see.
Reactions: Andreas Knöpke
You must log in or register to reply here.
Share:
Facebook Twitter Reddit Pinterest Tumblr WhatsApp telegram Email Link
7 comments
Penultimate Round: Nürburgring Beckons | Ferrari Hublot Esport Series
41 comments
F1 | Russell Williams Seat At Risk?