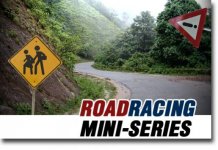 2. You must ESC after your timed lap, otherwise the game will DQ you.

3. The mod contains three cars, all different in nature. The Falcon is powerful but heavy and uses more tyres and fuel. The Torana is nimble and efficient, while the Charger is balanced.

4. This is a points-based competition, but the main purpose is to have some fun in these lovely cars on these seldom driven tracks from days gone-by. A time where safety was haybales and some string. As such, this adheres to club rules, just like any other Racing Club event.

5. Details of the points system can be found here

6. We have a fresh, new way of reporting and punishing incidents in the Racing Club, using an infractions system - read more here. You are actively encouraged to use this system - we like to keep driving standards high - so if you feel you were wronged in any way during an event simply send the event organiser a private message detailing the incident. Do not post reports/accusations in the thread itself - negativity and anger gets us nowhere.
R

Standings after round two at Spa:

gosh, I'm on holiday :wink:
no computer, no driving wheel, my wife has thought to any detailoke:

Oh why not - Add me please matey.

Sign me up please,I'll try a different 'net connection this time to see if that was my lagg cause.
If it's not I can at least watch & have a spin with the pre-race practice guys(if thats OK?),& then watch on afterwards.
Best of luck fellas & I'll see you there....

I miss a race and I'm still 3rd? Cool. Sign me up please

I'ma sign up for this, hope I can take my Torana and aim for a repeat of Spa.

im in, hopefully i wont screw up this time

Count me in please
T

I will certainly try to attend this race however there's no guarantee i will make it in time.

If don't make it good luck to those who do because that first section of the track could be a nightmare in the race.
R

Damage toned down to 80% this week.
A

I'm bored and when one has nothing to do, one plays RD rFactor.

Arse, little one is being a monster and wifeymum is out - really sorry guys, I cannot join tonight.

VirginMedia my isp...
the past few days i have been getting problems with my connection; yesterday i only dodged a dnf by seconds when my connection disconnected on the last laps, a few seconds earlier and it wouldnt have counted as a finish. same again today lap1 doing 113mph up the road speeding along and...BOOM...disconnected, these disconnections are only happening between 9pm and 10pm which is when we are racing so for the unforseeable future i am going to have to withdraw from all the races ive signed up for on Racedepartment see you guys when i have these issues fixed.
A

Horrendous night for me. Practice was doing some good times around 2:41 but that didn't happen during the rest of the event.

Quali: Crashed twice and was 8th, 25 seconds off pole.

Race: Poor start and dropped to 9th, then into the first 90 degree right hander, I got distracted by a car on the grass on the left, missed my braking point so slammed on the brakes and try to avoid everyone but failed. Took Daniel with me (Very sorry) so I let him back ahead. Messed up the final turn 3 times in 3 laps despite braking much earlier than i normally do so puzzled about that. The third time I got stuck on the weird banking bit on the outside. Was way back in 8th now but managed to get past 4 retirees, went through a field and some bushes and finished 1 lap down in 4th.

Thanks to Ryan, and RD.
T

Started 4th. Slow off the line, Butcher, Woodward and Davis. Callan passes me up the first 90 degrees right (just after the first bridge) after i get onto the grass in the braking zone. Eggbeer passes hits Ouff, pass both for 7th. Kapal passes into second 90 right, i repass on exit. Pass Woodward, he crashed, for 6th. Kapal passes on last long straight, i immediately repass. Pass Butcher into lass corner, he had an off.

Lap 2 - Kapal tips me into a spin (no hard feelings), Butcher passes. Straight on at last corner, Ouff and Eggbeer pass, down to 8th.

Lap 3 - Pass Ouff and Eggbeer, they had some sort of incident. Eggbeer passes into the first 90 right, attempted to repass over 2nd bridge but though better of it. Pass him at last corner he had an off.

Lap 7 - Pass him on same straight. He repasses at 3rd 90 right, i spin into last braking area.

Lap 8 - Pass broken Callan, off of at end of straight, Ouff passes.

Quiet race from then on. Jumped out of way of leader on lap 16 because i thought the car was going to spin so dived it off into exit road with the straw bails next to it.