Kjell81d said:
The story that keeps on giving.
Click to expand...

You do mean the 'Storey' right?

Translation from BS to English:

"I sold my shares to a Trust in my name thereby maintaining secret ownership. Then when the time is right I'll have the trust sell it back to me for one $ (or Euro) and the rest will be profit. The profit then by the company back in full and I will continue f------ing over race teams ****laughing in Skeletor****".

Not a pleasant experience, visiting your site and being greeted by that beardy chap.

Can't you find a story related to a nice 90s F1 car or something?
U

This is a motorsport-related news story. You may not like it and may not be interested in it, but it's still news. You can usually tell by the headline and photo if it's something that will interest you or not, so next time just avoid clicking the link!
T

I think I'm lost. So it begins with Storey that says that Rich Energy is no longer the title sponsor of Haas after the Austrian GP. Then the stakeholders said that Storey has no decision power and they're still the title sponsor of Haas.
Now Storey sells Rich Energy to this Lighting Volt, and reading the tweets it seems that Storey is behind that account too... maybe a fake created by a random user?

It's has fault for choosing a **** Sponsor

Not a pleasant experience, visiting your site and being greeted by that beardy chap.

Can't you find a story related to a nice 90s F1 car or something?
Click to expand...

Unfortunately the 90s ended 30 years ago, there are no new episodes.

I don't see why a picture would upset you, this story is hilarious, we don't get this kind of stuff that often so enjoy it while you can.

This is just the tip of the iceberg when it comes to the dodgy **** rich ****ers get up too. The problem is people don't care that rich people lie and cheat their way into wealth so they keep getting away with it.

McBeard has pissed off so many people by now that he risks not seeing the end of the year. Rich people don't like losing money, and certainly not to people like him.

Ole Marius Myrvold said:
Amazon, if you live in the right country. Norway is not...

It all seemed to unravel with the news that the lawyers Storey have used, didn't want to represent him anymore, and that Storey is(was?) supposed to go to court on Thursday, as he sold 20% of the shares in Rich Energy to a fine-wine investment(!) company called Vin-X in 2017, however, Vin-X never got those shares. And those 20% was enough to remove Storey from having a majority of the shares.

Also, the change of address for Rich... Lightning Volt initially changed to the address(then changed it again, to remove the link) of a somewhat dodgy thing called The BDG Group. BDG offers to buy companies that are heading for insolvency , as they say themselves


It seems like all the 8 companies that the new boss Matthew Bruce Kell is a part of, have all been renamed to something generic/weird, and are likely in the same economic situation as Rich... Lightning En... Volt. All companies bought in 2018 (one) and 2019 (seven).

But to end this post - let's take the most interesting bit from the BDG Group.


Yes. Unlicensed. I am sure that if I ever need some help, it's the unlicensed people I want to go to, just like unlicensed doctors and lawyers and so on.

For some reason I don't feel like the saga is over yet. And as @rubaru have said... This kinda exists already. 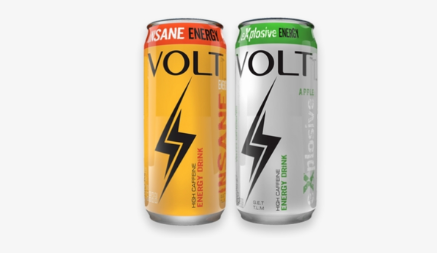 There are 3 volts as far as im aware of, its good, gives them 3 logos to choose from lol

There is also a VoltBikes
hunting for a new logo
E

Ross Garland said:
This is a motorsport-related news story. You may not like it and may not be interested in it, but it's still news. You can usually tell by the headline and photo if it's something that will interest you or not, so next time just avoid clicking the link!
Click to expand...

Let's not get too sensitive.

The content of the story, or its relevance, was not what I was talking about.

I just don't think the front page of the RD site looks all that great when headed by massive ugly guy who looks like he's pouring beard all over himself from a black can.

I see that whether I click any links or not.

Turk said:
Unfortunately the 90s ended 30 years ago, there are no new episodes.
Click to expand...

Ah, man! I bet ASR modding, VRC and RaceRoom wish they'd consulted you before they created all those 90s F1 cars! They'd have known not to bother then!
S

If you want to hide something real big, best to hide it in plain sight of everyone...
I start to think that this whole chain of events, legal actions and public trainwreck is a well-thought campaign, and the people behind it are getting exactly what they are planning.
I'm not even sure WS or investors are the real names now. And while everyone is getting bored of this whole story, IMO this is the moment when it gets real interesting. There is a ton of questions now - who are the real people behind it all, what's the real agenda etc.

I am afraid the big plan is only monkey business.
Z

This Rich is such a drama queen - I mean he could've said his company got sold on, yet needs to make such dramatic statement such as "we terminated our contract because they are no faster than RBR"

I don't understand what the new company bought? The name is carrying a lawsuit, there's doesn't seem to be any infrastructure to the company. It seems to me it would be a lot less hassle just to start from scratch.
You must log in or register to reply here.