The Intellectual Property Enterprise Court, represented by Judge Melissa Carke, ruled today in favour of Whyte Bikes and against Rich Energy in the copyright dispute about the Rich Energy logo. The complete ruling can be read here (and should be read by all F1 fans, I think) and provides some highly interesting insight into the fascinating persona that is Rich Energy CEO William J. Storey.

The court ruling has a few highly amusing assessments of Mr Storey made by Judge Clarke, including this particular gem that sounds all too familiar to what we all thought when we first heard the... ambitious claims made when Rich Energy first appeared on the F1 stage: 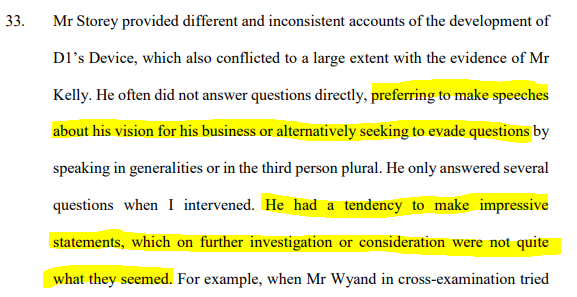 It also sheds some light on the sales numbers of Rich Energy which were previously rather clandestine. There was the claim that Rich Energy had "produced 90 million cans", but no numbers on actual sales. Well...

So what's to come for Haas F1? Will Mr Storey and his highly dubious brand of energy drink become one of those fabled figures of F1 like the T-Minus Arrows saga?

Do the math here folks.
90 million cans of any energy drink at ....let's assume even $3-4 per can, will not net you the type of money to put that much sponsorship on an F1 car.
Out of that you'd still have operating cost and initial 'stand-up' cost associated with a new business.
The numbers just don't hold up.

If this all turns out to be nothing more than smoke and mirrors, the fraud couldn't have been conspired against anyone better than Gene Haas.
You must log in or register to reply here.