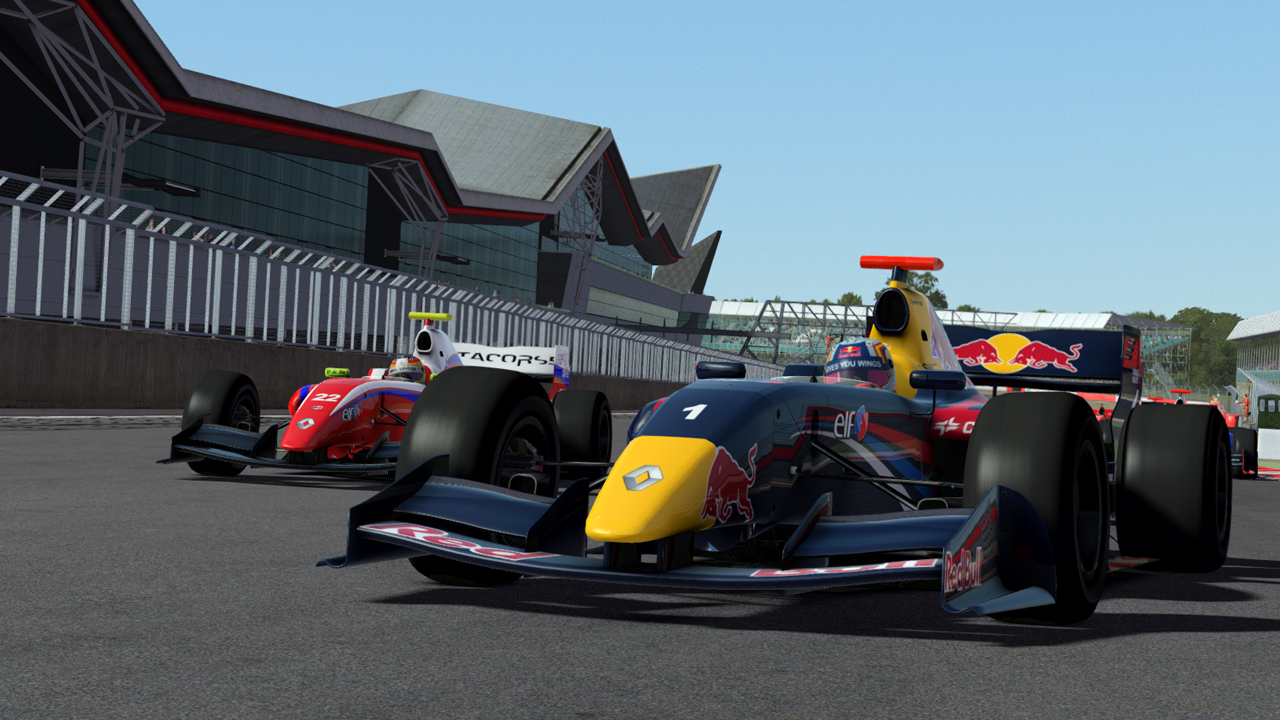 Image Space Incorporated has released an update to Silverstone Circuit for rFactor 2. The ex-WWII airbase and home to the Formula 1 British Grand Prix has evolved into one of the worlds greatest circuits, featuring a variety of high and low speed corners. Silverstone is a staple for any sim, so of course, its a welcome addition to rFactor 2.

"It's hard for many to imagine the history of motor racing without Silverstone, it is so deeply entwined with the great drivers who have both raced and won there. Great names like Alonso, Schumacher, Prost, Senna, Brabham and Ascari join British race winners like Moss, Clark, Stewart, Mansell, Hill and Hamilton." - ISI

Be sure to get this update and give it a go, Silverstone may very well become one of your favourite tracks.
Last edited: Jan 3, 2015
Sort by date Sort by votes

Great times to be a sim racer. With a constant stream of new content who can keep up!

An embarrassment of riches.!

It sure looks that 2015 is finally becoming the year of the next gen racing games being finalized.

Have been (im)patiently waiting since the first announcement of GTR 3 in 2010 and it seems the cliche still stands that good things come to those who wait.

Bram Hengeveld said:
It sure looks that 2015 is finally becoming the year of the next gen racing games being finalized.

Have been (im)patiently waiting since the first announcement of GTR 3 in 2010 and it seems the cliche still stands that good things come to those who wait.

Is 2015 the year that Bram makes an appearance in a club race?
Upvote 0 Downvote

Jim Brailsford said:
Is 2015 the year that Bram makes an appearance in a club race?
Click to expand...

For sure. #27 is planning an epic comeback this year. Beware, haha
Upvote 0 Downvote

Silverstone isn't new to rFactor 2 though. This is just an update to the track.

"This update includes a number of small fixes and tweaks, a very important fix for the GT AIW (AI driving lines), and the addition, finally, of a working National configuration. Grab the update from ourtracks page, or (directly) here. Please uninstall previous version(s)."
Upvote 0 Downvote

So the AI wont be driving into pillars once they leave the garage?
Upvote 0 Downvote

^ Correct - that has been fixed too.
Upvote 0 Downvote

Has anyone else come across a but with the start procedure in the National layout? Single player I noticed that you don't hear the beeps and TrackMap doesn't show all the green lights either. Also on my dedicated server when a race starts on the National layout the rFactor2 Dedicated.exe crashes. I have no problems with the GT or International layouts.

Many thanks.
Upvote 0 Downvote
You must log in or register to reply here.