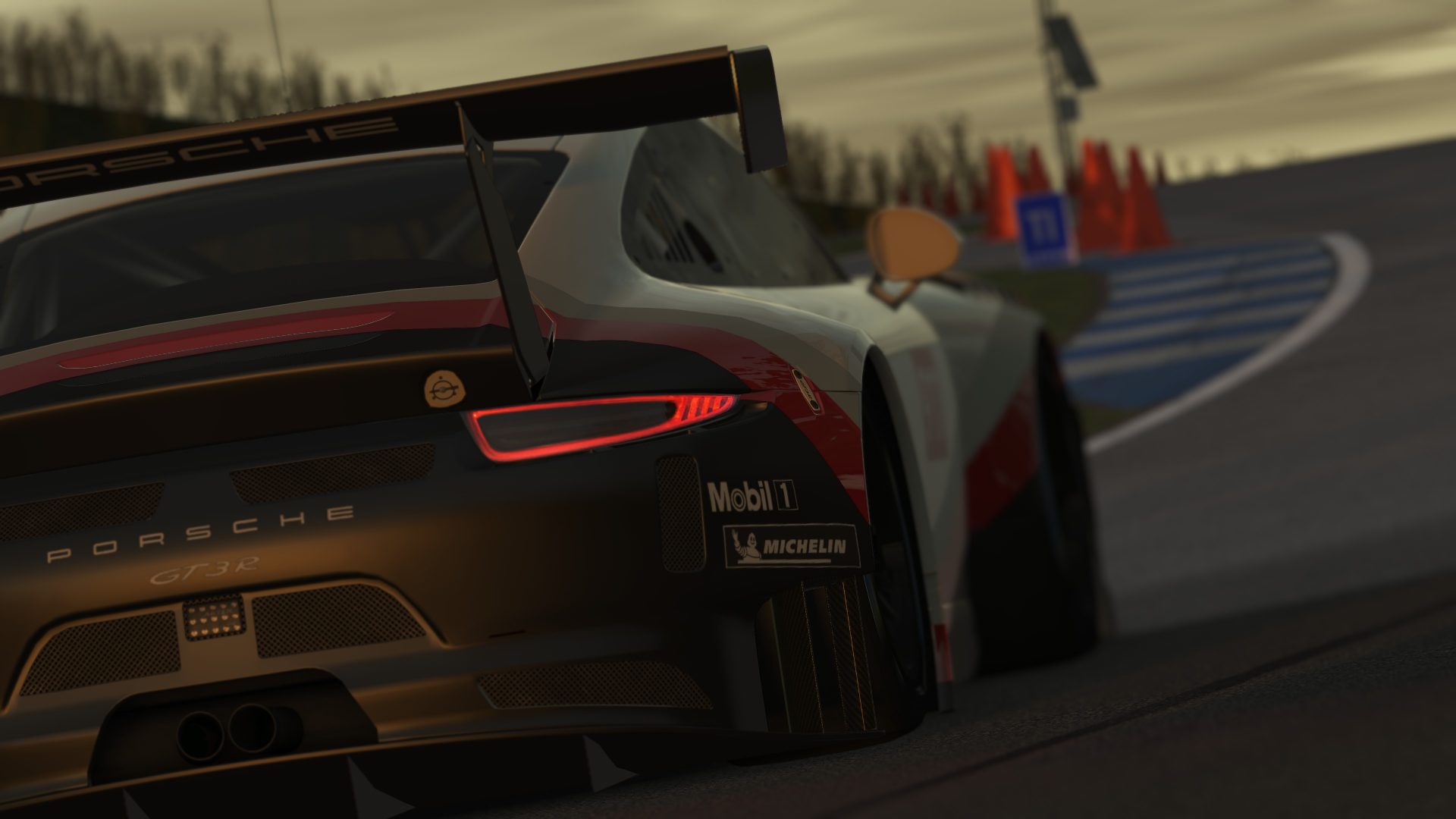 A minor update for rFactor2 has been deployed, with performance improvements one of the key new features.

Studio397 released a small update for their simulation, mainly including bugfixes but also a new real-time logging feature, which is going to help them better diagnose and track down some of the issues the users might have with the title, plus some improvements to the graphics engine to better improve the overall functioning of it. In addition, new materials have been shipped too along with the update. You can read the changelog here:

The quality of racing and driving in that event, just an hour in, is frightening. Max Verstappen currently on a mega comeback drive, it actually feels like genuine motorsport and esports on a totally new level
Last edited: Mar 23, 2019
Upvote 0 Downvote

Oh wait, it can not be new because there hasn't been one before

Blooming online in rF2, can't wait for it

the shift light of the Mercedes AMG GT3 are still not working ? at least at my installation
Upvote 0 Downvote
O

fl0wf1r3 said:
the shift light of the Mercedes AMG GT3 are still not working ? at least at my installation
Click to expand...

AMG GT3 shift lights are working ln my computer, however they are pretty much useless. There are 3 blocks of shift lights (1 very low rpm, 2 mid rpm, 3 rpm limiter). Most of the time there is 1st and 2nd block lit up and it just stays like that.
Upvote 0 Downvote
D

Perhaps I am just imagining it, but since this update and tweaking some graphic settings, rF2 is running much smoother for me now and looks better than before...

Surprised nobody has mentioned it but its a pretty significant improvement (At least for me).
Anyone else notice a difference or am i imagining it?
980ti i7-6700k
Upvote 0 Downvote

itsbillyfrazier said:
Perhaps I am just imagining it, but since this update and tweaking some graphic settings, rF2 is running much smoother for me now and looks better than before...
Click to expand...

The GT3s and Endurance pack have been updated with optimized lods too, so you're not dreaming if you're using those cars. They should be more fps friendly now.
Upvote 0 Downvote

Performance improvements, LOL where? All I see is a downgrading of AA, shadows and reflection rate!
Come on S397 please actually optimize instead of moving the settings down a peg each time!
4k max settings here but high PP.
Upvote 0 Downvote
D

Pretty sure it was done to help the 12hr event more-so than being an all around fix. People keep asking for optimizations. What if that is all she's got? Since they spent a year focusing on fps improvements, I just don't think there is a whole lot more squeezing they can do.

I used to get mad at Sierra/Papyrus(iRacing's grandparents). They would release a demo of one of the Nascar series that we used for a road racing league.(The USPITS TPTCC) EVERY FREAKIN' TIME they would say fps are low but the final game hadn't been optimized yet.
Well, the game would come out and performance was very similar to the demos. Probably because of this experience, I've never been a big believer in optimization. You'd think if the sim was capable of performing better, they would have already updated that.

I continue to maintain that just like GPL, if you want the best performance in rF2, then only the newest fastest components will do.(and yes I do understand other titles do out-perform rF2 but we are posting about rF2, not other sims)
Upvote 0 Downvote

Loving this update, the liveries and reflections on the car bodies are looking very nice in my personal opinion....keep it coming Studio 397
BMW M6 at the track 'Magnificent Park Endurance'

Yeah we all want it to run well but some of us are using GPU's that are sitting at 45% with all settings maxed out in rF2 4k 60fps v-sync...where I have other games (ACC and non Sims like Metro, SOTTR) that I can't max because settings too high that look fantastic even on lower than max settings, so I use settings that work for my PC. Why can't rF2 have settings higher than we currently have to get the game looking its best and if it doesn't run well for one particular PC they can just use lower settings like what is now available to us?? Why is there no option for higher end systems?
Upvote 0 Downvote

2stains said:
Yeah we all want it to run well but some of us are using GPU's that are sitting at 45% with all settings maxed out in rF2
Click to expand...

I get performance issues, stutters, 500 - 1500 ms freezes, and my GPU is 50%. It didn't matter that I reduce graphics levels or reduce the number of cars running. I found that if I cap my FPS so that any CPU core never hits 100% use, then more or less, rF2 looks and runs well with large grids and full graphic settings (didn't try ultra settings).