Studio 397 have made available the new Reiza Bundle DLC for the simulation.

Developed by Reiza Studios of Automobilista fame, the new 'Reiza Bundle' DLC for rFactor 2 is now available to purchase. Containing no less than six vehicles and four unique venues in 10 different layouts, the new pack retails for £16.98 and can be purchased on Steam HERE.

The new pack has been much awaited by fans of both Reiza Studios (AMS) and Studio 397 (rF2), and it will offer an interesting first look at how the two different design and production philosophies of these two studios come together in rFactor 2.

The new DLC contents are...

Virginia International Raceway (commonly known as "VIR") is a race track located in Alton, Virginia VIR is an incredibly beautiful and diverse racetrack allowing for numerous configurations, suiting all types of categories from small club cars to big GT and powerful prototypes.

The Autodromo Enzo e Dino Ferrari di Imola, better known as Imola, has hosted both the Italian and San Marino Grand Prix 28 times in total. This rF2 track comes in two versions: the classic, dangerous 1972 layout surrounded by nearby barriers before the introduction of chicanes to reduce its high speed nature, along with the current configuration fully adapted to modern standards but still retaining a lot of the unique challenges that made it famous.

Autódromo Internacional de Guaporé is a motorsports circuit in Guaporé, a small city in southern Brazil. It is one of the oldest race tracks in the country and traditionally hosts a variety of different categories, ranging from Classic tintops, modern endurance prototypes to racing trucks.

The Autódromo Internacional de Yahuarcocha, is located in Ibarra, Ecuador. It´s unique layout flowing around and in between a lake, mountains and even a vulcano makes it an unique driving experience.

Cars:
Formula Vee
This popular trainer formula car is heavily based on parts from the classic VW Beetle. Its open differential and swing axle rear suspension makes it a constant challenge and ideal tool to develop your driving skills.

MCR Sports 2000
The MCR S2000 is an incredibly nimble 500kg British prototype features an I4 Duratec engine, and is popular racer both for its driving fun as well as close wheel-to-wheel races.

Metalmoro MR18
The MR18 is a succesful mid-range endurance prototype from Brazilian manufacturer Metalmoro. It features a Honda K20 I4 Turbo engine.

Metalmoro AJR
The AJR is the latest high-performance prototype from Brazilian manufacturer Metalmoro. Capable matching the performance of a modern LMP2 car, this versatile prototype can be used with a range of different engines - the rF2 version features versions with Honda K20 I4 Turbo, Powertec V8, Chevrolet V8 and Judd V10.

Puma GTE
A sensation among Brazilian car enthusiasts from the 70s, the GTE is a modified version of the VW Beetle, featuring the same mechanics of the Brazilian Fusca with a lower, light weight fiberglass bodywork in an iconic design. The rFactor2 version is modeled after the original car and runs on radial tyres.

Puma P052
The P052 is a modern re-imagination of the 70s Brazilian classic, it retains many of the pure driving attributes that made the originals so popular in Brazil. The current prototype as modeled in rFactor2 runs with tuned MIVEC engine, 5-speed gearbox and slick tyres.

Go get it right now. It's great
Upvote 0 Downvote

Just finished a quick test of all the cars and tracks ..very very pleased 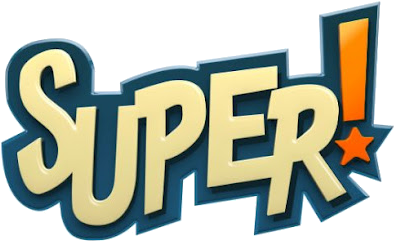 I have been looking forward to this very much, and downloading the content now.
Upvote 0 Downvote

The tracks are superb. Great addition and purchase

The cars. I can not make my mind up, so hopefully we'll get an informed conversation on this thread.

They are either amazing and it's me that has to adjust to them and drive them a lot more, or they are the worst content I own in rf2. First impressions though, I have no interest in driving them again, other than the MCR perhaps.

I had to literally half my force feedback and they still all have an awful range of force where at one moment you feel nothing, next it's clipping city whereas AMS was just beautifully subtle. At times it feels like when you might add a mod to the old rfactor and the force feedback would invert - they don't feel natural at all. The constant tyre screech really highlights the shortcomings of the rF2 sound engine.

The brakes are lethal across the content, and if that has to be tuned out then stock set ups provided like that can fook right off, they should be enjoyable off the bat, as they are in AMS with additional set up work for those that like fine tuning. The tyres don't feel like they are the current model, but that could be the result of the FFB. I would say though it's nice to have a real relationship between brake and car which is often something rF2 has missed, but it still seems overboard. And the models look clumsy and crude in many areas, something uncanny valley about them (VR user I should say). And I miss AMS windscreens, that's a bit of an immersion killer which rF2 need to address, as is missing those wonderful offtrack sound you get in AMS - odd how all these tiny things add up to a lot more than you would imagine in enjoying a drive.

Hopefully the car content will get polished and refined, beauty of modern games are that updates are the norm, and I wouldn't discourage anyone from buying supporting Reiza. Sorry I can't be more upbeat because I adore their previous work. But yeah, tracks outstanding, cars don't feel right, to the point I'm disappointing they were released in that state. And they don't make me smile like in AMS. Discuss and tips ?
Last edited: Mar 29, 2019
Upvote 0 Downvote

The tracks are great and from the cars i like the MCR and both Metalmoros, but the Vee seems unfinished and Puma is not my cup of tea. FFB is strong with the Metalmoros and not like the S397 cars, but i like it and nice workout with my Accuforce.
PS: The Puma GTE sucks IMO, but the P052 is awesome
Last edited: Mar 29, 2019
Upvote 0 Downvote

I am a huge AMS and rFactor fan, and those two titles alone have me listed at 10,000 hours in the Steam server, disregarding the pre-Steam countless laps I have driven in these two sims. I don't think with the very short time this DLC has been released that it is fair to judge it so soon.

Give it a chance at least, and perhaps adjust your wheel settings and graphics. I can happily say that for the $22.22 US dollars I have spent seems like a great bargain!
Upvote 0 Downvote
C

numbersevenhull said:
I had to literally half my force feedback and they still all have an awful range of force where at one moment you feel nothing, next it's clipping city whereas AMS was just beautifully subtle.
Click to expand...

That's weird. I've now driven the Puma GTE, the MCR and the Metalmoro AJR, and I wouldn't describe neither as "clipping city", not with the default 1.0 FFB modifier. In fact I would describe the FFB range as perfect, and I consider myself to be pretty picky about that. The only clipping worth mentioning I saw was with the Metalmoro, unsurprisingly, in the high speed bumpy corners, but it wasn't unreasonable amount of clipping and the car's FFB felt very close to how it feels in AMS (it has a heavier FFB due to being a high downforce car).
Upvote 0 Downvote
N

Martin Fiala said:
That's weird. I've now driven the Puma GTE, the MCR and the Metalmoro AJR, and I wouldn't describe neither as "clipping city", not with the default 1.0 FFB modifier. In fact I would describe the FFB range as perfect, and I consider myself to be pretty picky about that. The only clipping worth mentioning I saw was with the Metalmoro, unsurprisingly, in the high speed bumpy corners, but it wasn't unreasonable amount of clipping and the car's FFB felt very close to how it feels in AMS (it has a heavier FFB due to being a high downforce car).
Click to expand...

FWIW, I am by no means an FFB guru - but so far I've run only the Puma around Imola. Stock settings and set-up, and it feels great to me. And as for the off track sounds, I do notice them. <shrug>
Upvote 0 Downvote
C

BTW, one thing, though - if whoever is responsible for the timing of rF2 official content releases is reading this: you really should think about releasing your content at better times IMO. Same for the updates. I don't want to pretend I'm a marketing guru or anything, but surely it would be better to release stuff in the afternoon or early evening instead of between 11PM and 1AM European time like you generally tend to. I mean unless you don't consider Europe your main market, of course.
Upvote 0 Downvote

A quick test of the cars in VR, so have some bugs, the formula Vee has no front wishbones lol.
Haven't driven them enough to comment on physics etc although I drove the Vee for 15mins despite never really using it in AMS, hated it for 2 laps, then moved the brake bias forward, adjusted tire pressures to get heat in the tires, now I love it
Upvote 0 Downvote
O

really very good DLC from Reiza!
the Vee is more demanding than on AMS I like it a lot, the slightest trajectory error like the barber is the direct sanction!
the Puma GTE on Imola is nice even if it lacks speed and punch the granny is not easy to handle! the Puma 052 is an absolute delight like the MRC on VIR it is incredible the driving sensations!! the proto I do not pronounce myself I do not like in any simu
Upvote 0 Downvote

You had me at Puma!
Upvote 0 Downvote
D

Just did a quick test of all the content. Really pleased. Tracks looks and feel fantastic, FFB is spot on, really pleased. Really enjoying the Metalmoro cars and MCR seems cool, not sure ill be driving the others much (Didnt enjoy the Formula Vee but i dont remember liking it in AMS either...).
Really enjoyed the short time i spent with the new content. The tracks are worth the e20 price alone. All round i think its good release. Roll on the Nordschleife!
Upvote 0 Downvote

Getting it. $32 AUD is a bit steep. But great content.
Upvote 0 Downvote
You must log in or register to reply here.