Request for help info on getting a new PC (UK)

I've been scrimping and saving every spare bit of cash since my last PC was bought in 2012, It's starting to show it's age so I'm thinking of getting a new PC and have £1500 to spare. What's the info on best value mid range stuff in that price bracket? Please bear in mind I want to get a pre built system. I don't want VR quite yet but within 6 months will prolly dive in so VR ready system is preferred.

I'd like a mobo as future proof as possible, not all that bothered with overclocking just want a stock fast processor.
Likewise not bothered with Ray tracing yet, would rather a (future) VR capable rig.
SSD for boot drive and large HDD for game storage? I read somewhere (and subsequently forgot where) there's a new faster SSD interface out?
Not sure if 16gb memory is future proof should I go for 32gb?
What's the standard monitor/VR connection now? (currently using DVI still), has it all gone HDMI? do GPUS still come with dual output? Because I have a separate monitor in front of my steering rig for sims and a desktop monitor for everything else I do, so I need dual outputs (and VR will need that of course!)

Also apart from overclockers.co.uk and Alienware I'm not sure where else to look for pre built PCs, who's a recommended builder?

I'm so far out of the loop of PC tech since I last looked into it (as I say 2012!) I'm a bit clueless so any advice will be appreciated.

Just go to scan UK. You can build a gaming PC to your liking online and they build it and test it and overclock it if required.
Reactions: Damage Inc
M

Have a look at PC Specialist website too. Just did a quick spec, AMD Ryzen 7 3rd gen, 32Gb 3200 RAM, Nvidia 2070 super, with a 120gb Nvme boot drive with 2tb mechanical drive comes in at your budget of £1500. That would be a very capable machine and would last a number of years.

Don't get too hung up on the new Nvme SSD standard. It only really comes into its own for large file transfers. As a boot drive or game drive a SATa 3 SSD is perfectly sufficient. You can get newer SSD's that run SATa 3 but are the M2 size form. Most new motherboards have at least one M2 slot for SSD's. You can grab a 1tb M2 SSD for around £85 now.

Most modern Graphics cards will have multiple outputs, usually at least 3 or 4 and will be Display port or HDMI. There are adaptors available if your monitor only has DVI.
Reactions: Damage Inc

Many thanks for the advice both!


If you don't want to O/C you can save on cpu, motherboard, memory to offset cost

What you gain from the faster video card is more then what you lose with slower board, ram ...etc
Reactions: Damage Inc

I hear the 5700 XT is good, but I am leaning more towards Nvidia.......Methinks i'll be looking at benchmarks and a lot of reviews for a while!

Durge Driven said:
So latest titles + VR I would spend 200 more and get 2080Super
Click to expand...

I've never had an issue with most VR games running on my 1070. It's only really ACC that is too much for it. It can run most single screen 1080 games just fine too.

DVI is gone, you'll probably get a card with two displayports (they do 4k) one or two HDMIs and a USB C port. You can get an adaptor to make the displayports HDMI. Multiple monitors won't be an issue on any halfways decent graphics card.

I have my Christmas present sitting beside me, it's a 2070 super, the only reason I bought it was for better performance in ACC. For everything else I do the 1070 was fine. I'll be putting it in on Saturday.

I've always assembled my own PC, it's really no harder than putting together a lego set.
Reactions: djm68 and Durge Driven

To future proof I still think you want more 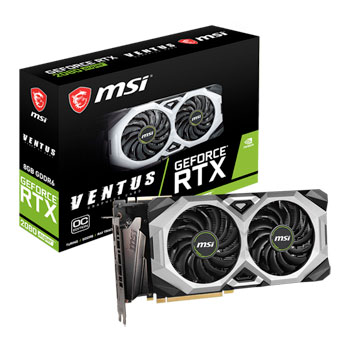 Damage Inc said:
I hear the 5700 XT is good, but I am leaning more towards Nvidia.......Methinks i'll be looking at benchmarks and a lot of reviews for a while!
Click to expand...

5700xt is good. I have one and I'm running at 1440p, almost all settings at epic and getting about 80-90fps. Having said that I think the nvidia cards deal with Unreal Engine better. If I had known this before building I would have gone with team green.
Reactions: Damage Inc

Thanks for the info lads! Plenty to think about! 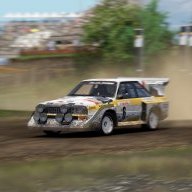 I had a good experience with Novatech.
Reactions: Damage Inc

What do you guys think about this deal:scan PC deal 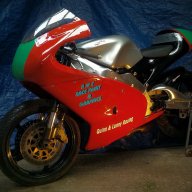 The parts used are pretty respectable and the price is about right for a pre-built.

Just for fun I priced the components at Ocuk and you could build it yourself, with Corsair Veng 3600mhz rgb and minus the case for around £1300.

There are hundreds of "How to build" vid's on youtube… only takes a couple of hours... just sayin'.
Reactions: ZeroRisk and Damage Inc

Bob Gnarley said:
The parts used are pretty respectable and the price is about right for a pre-built.

Just for fun I priced the components at Ocuk and you could build it yourself, with Corsair Veng 3600mhz rgb and minus the case for around £1300.

There are hundreds of "How to build" vid's on youtube… only takes a couple of hours... just sayin'.
Click to expand...

Edit: Just noticed that it only come with the three month x box pass. That processor should also have a couple of games bundled with it from AMD.
Reactions: Damage Inc

Cheer's Bob yeah I know pre built is more expensive but I really want the peace of mind of the warranty with minimal faff.

Looks like it comes with Borderlands 3 and outer worlds.
Reactions: Bob Gnarley 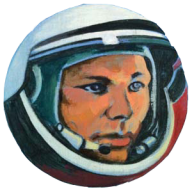 I know I probably won't convince you but I was in the same boat as you a few months back. Had been racing on PS4 as I have never owned a PC - always used Macs. I decided to get a gaming PC and had no idea where to start so thought that buying prebuilt was a no brainer. However, I watched a couple of build a PC videos and realised that it was much easier than I imagined it would be so ended up building my own and not was not only easy but enjoyable. I bought pretty much everything from Amazon so had the option of easy returns should I realise that I bought the wrong thing - bought my GPU direct from Nvidia. Only issue I had was with a noisy Corsair cooler which Amazon replaced and it has been running brilliantly ever since.
Reactions: Bob Gnarley

I've built a PC in the past, and worked in IT for 8 years as a hardware tech, I know it's cheaper, but I just want someone else to do all the dirty work now! TLDR CBA!

Looks good...though I would say...
Do you need 5TB?
Unless you're editing etc, 16GB should be fine for gaming, would be worth saving the money from the extra 16GB to push up to DDR4 3600 memory with tight timings, makes much more of a different for the AMD architecture.....or to boost the GPU to a 5700xt or 2070 super
Reactions: Fucitol and Damage Inc
You must log in or register to reply here.
Share:
Facebook Twitter Reddit Pinterest Tumblr WhatsApp telegram Email Link
43 comments
Nico Hulkenberg - The Forgotten Man of Motorsport?
20 comments
F1 Testing | Day 2 - Forza Kimi!
63 comments
F1 | Mercedes Running Controversial Steering System In Barcelona
26 comments
MotoGP 20 | Release Date April 23rd + New Trailer
40 comments
RaceRoom | New Update And Zhejiang International Circuit Released
Top Bottom