Season 7 of the RaceDepartment Rally Championship will get underway with the Jänner Rally beginning on March 1st 2015.

Using Rallyesim's impressive RSRBR mod for Richard Burns Rally, the RDRC began its inaugural season in 2010. Since then, the RDRC has crowned four seperate RDRC champions, including two double champions. Throughout this time, the RDRC has undergone changes updating itself to the latest rally machinery available.

The RDRC is an all-inclusive championship, featuring three different time-zone sessions and ran on three days, allowing competitors from all corners of the globe to fight for the RDRC Title. Because the RDRC is hosted on Rallyesim servers, you do not need premium membership to race in the RDRC.

For new-comers to the league the RDRC-2 class is available. Featuring the latest technology in the turbo-charged R5 spec cars. As well, the RDRC-2 features the naturally aspirated S2000 cars, the production based R4 spec cars, and for the fans of the old school the A8 class featuring WRC cars from the 90s, with a Group A cup for the highest placed A8 car.

Those who think they have what it takes to perform at the top level can request a grading event to earn a Professional license, making them eligible to drive the WRC cars – featuring the Citroën DS3, the Ford Fiesta RS, and the VW Polo R.

The calender for the RDRC Season 7 consists of six rounds. 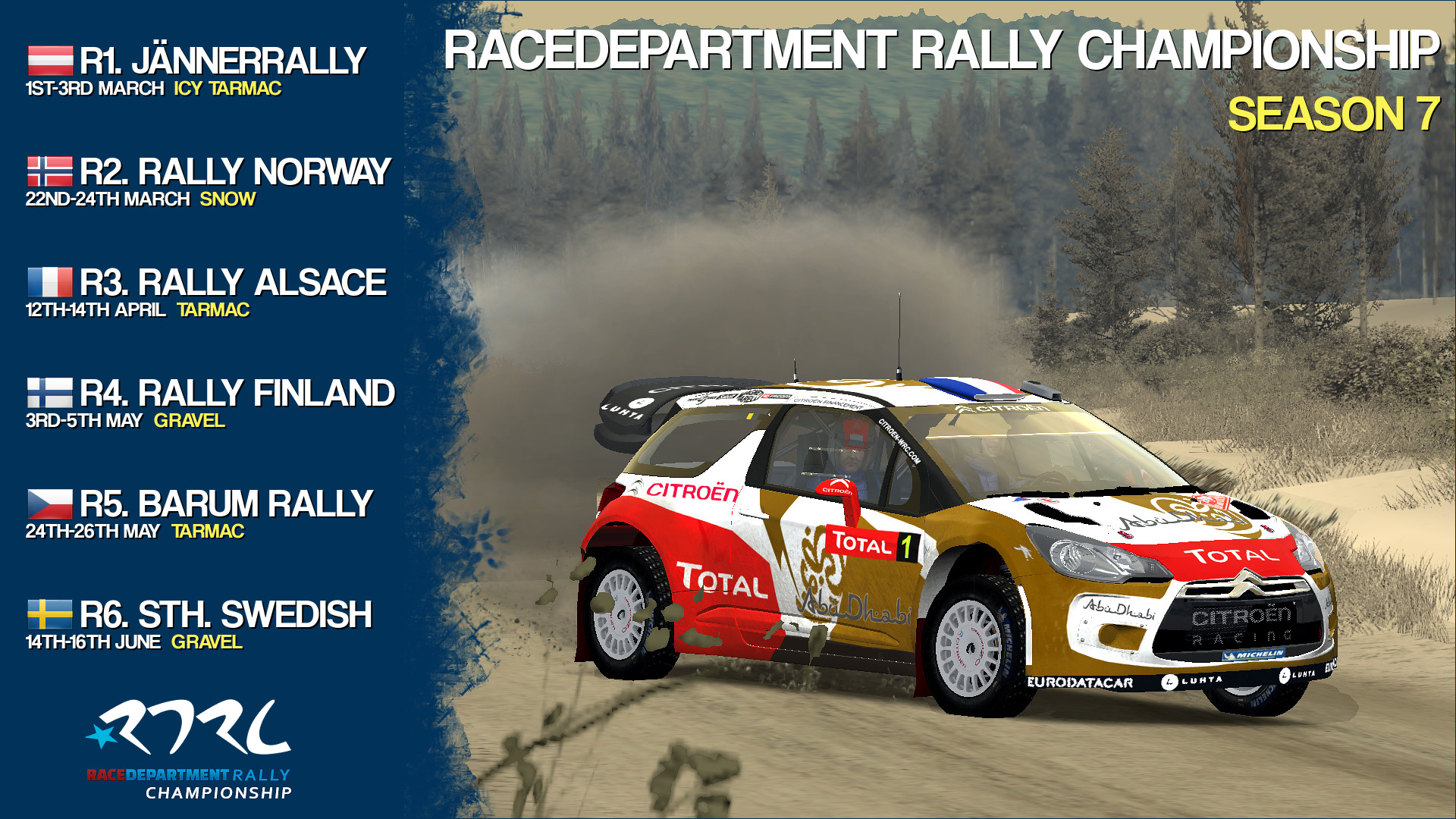 For more information, click here to go the RDRC forums.
Last edited by a moderator: Feb 19, 2015

Awesome!!! Looking forward to the championship

join in, it's great fun

Can't wait for it to begin.

If you haven't tried RBR and the Rallysim mod you really are missing out! Come and have a go.

Curious how it will go and if I can carry on. Never played a rally online before.
At first, when I started playing again a few months ago, I planned to join online races after having practiced enough. But I think that rallys suits and attracts me more, not having to drive endless rounds on the same circuit, thus more variety. And not having to worry about hampering faster (being a rookie, probably all the other) drivers.