We are looking to crown the 'RaceDepartment Community Favourite' racing game - get your votes in now for our next game on the list... F1 2019!

Our dear RaceDepartment community. You folks are the most mighty fans of sim racing, often displaying an immense amount of understanding and depth of knowledge when it comes to our favourite hobby.

With sim racing and eSports in such a wonderful boom period of late. Gamers looking to have some fun with their virtual racing machines have never before had such a wide and robust variety of software to enjoy.

Now occasionally I've been in a position to rate new racing titles that have come my way, and almost every time I've received a wide variety of folks agreeing, or strongly disagreeing with my own opinions.

Opinions are great, but sometimes the opinion of one person, with their own likes and dislikes taken into account, can often give a bit of a skewed picture (intentional or not) to the greater cause in which said person is trying to explain.

As such, rather than doing one myself, and in the spirit of engaging some interesting community discussion, I thought it could be fun to let our own community rate each of the key sim racing / racing games available today.

As always with these things, please do try and respect each other and their opinions, and let's try to see if we can give a fun, but fair shake of the stick to each of the games included in this poll.

For transparency, I'm going to be featuring the following racing games over the next weeks: 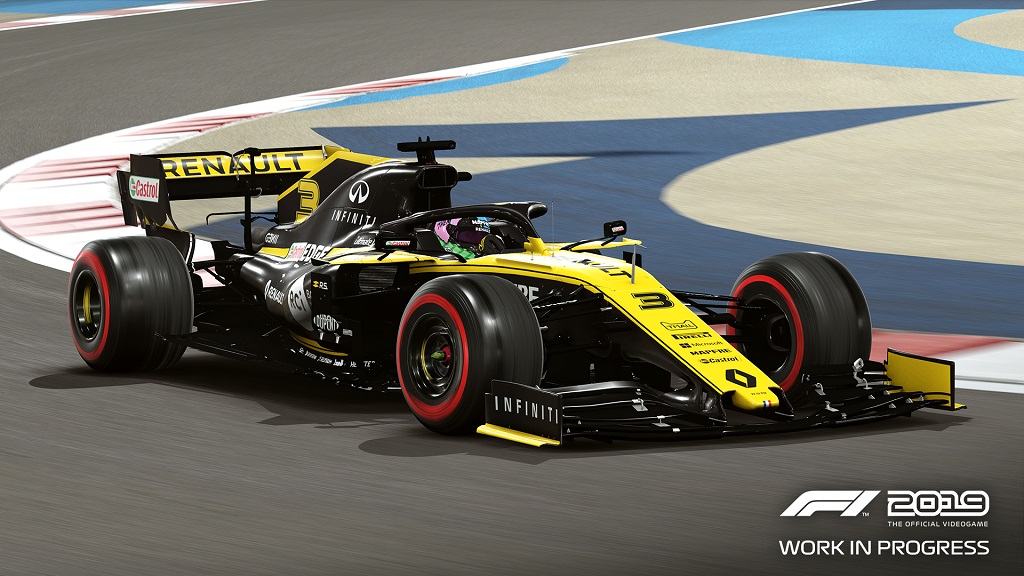 I'm going to launch the article each Monday evening, and keep the poll running for a full week until the next new article is pushed live. So get your votes in quick!

Once I've completed the full list of games, I'll publish a final results feature, and we can award the winning developer the lofty title of 'RaceDepartment Community Favourite'!

Nothing from me here I have stopped buying the F1 games, and I didnt even bother trying it for free this weekend.
For me the last good F1 was 2016 and 2013 before hand.
I will only buy this for £5ish later next year to have in my library as an interactive encyclopedia of the 2019 season.
Upvote 0 Downvote

I stopped buying awhile ago as well, but they put up 2 days for free on Steam last week, so thought the hell I'm game for a laugh, and yep I did for awhile..same mess of bugs from Codies since day one..
Upvote 0 Downvote

Can't vote for this one, but having played F1 2018 and this graphically being the better version I would have rated it a solid 8.
Upvote 0 Downvote

It looks better than F1 2018 while running even faster. But I still feel some kind of input latency even at 120FPS just like in previous games.
Upvote 0 Downvote

Best from last year in terms of handling and graphics, my rate is 9. Not 10 because have some 'unfixable' bugs.
Upvote 0 Downvote

No idea what this is, is it a sim?
Upvote 0 Downvote

It's the best recent release in the series and a great recreation of current F1, but I do deduct a couple of points for it being the latest in a series whose core seems to have stagnated.

ACC version 1.0 to version 1.1 has arguably been more of an evolution than F1 2018 to F1 2019, and the former was a series of free updates. So where do we draw the line between free updates and full price new titles?

F2 was a nice addition this year, but I can't help feel that they kept the number of races in the F2 series short so that for F1 2020 they can add the bullet point of "Full F2 Season" on their adverts. And given that the same developer added VR to DiRT Rally 2.0 this year, that could be another feature they're holding back to ensure they can sell units in subsequent years.
Upvote 0 Downvote

I'm liking this game. However, the no mouse thingy is annoying.
Upvote 0 Downvote

It's a 6 , because of their total lack of respect for the wishes and opinions of their own customers, ignoring the plea for VR , for years of ignoring the plea for a better UI and ignoring many other requests and recommendations from the sim community. It's still some fun as a arcade racer but lacks substance as a simulator and suffers with arrogance as a self indulging, we know best, F... the rest ,studio.
Last edited: Nov 4, 2019
Upvote 0 Downvote
L

Gave it a 7, it's fairly competent overall, but fails to win my heart/impress.
Upvote 0 Downvote

The only one that simulates carboceramic brakes realistically. In the other Sim, you brake with the F1 as if they were street cars with iron brakes. My note: 9.
Upvote 0 Downvote
N

No mouse support so a solid 3 from me.
Upvote 0 Downvote

Would love to try this game, but no VR. So I can't vote.
Upvote 0 Downvote

Oh, and back on topic, for me it's the same as has been mentioned above. I stopped buying these titles back in 2016 I think, due to the fact that Codies really don't bother with any kind of user requests whatsoever. A lot of people have been asking for simulation mode sliders to make it more of a challenge but it always falls on deaf ears. I dont have VR myself but the fact these guys are still clamouring for the option to be added further proves this out.
The thing is, this series could be truly epic. Its F1, its official, yet it's still too gamey.
Give the option for rF2 or ACC style physics, for those with serious set ups but retain the easier gamepad friendly options for those on pads or consoles without wheels.
I dont know how hard this would be to implement obviously, but a studio as large as Codies with the talent they must have at their disposal makes you wonder if they just dont care whilst taking money and regurgitating pretty much the Fifa of racing titles every year...
Upvote 0 Downvote

Graphics and career mode depth are good, but that's about it.
4 for me.
Upvote 0 Downvote

Menu navigation is absolutely horrid, and the cars to me feel very arcadish. I gave it a 4.
Upvote 0 Downvote

Well, as a pure sim? Probably not deserving of a great rating, IMO...physics subtleties are just not communicated up to sim level for my tastes. As an F1 video game? I've never played any better. My wish list for things I'd like to see are so far into "nice to have" territory, I'm a little embarrassed.

Definitely simcade. One of the best, if not THE best, simcades ever in my book.
Upvote 0 Downvote

I'm not an expert but, i can't do a fancy talk about how physics, AI, and FFB works, i just write as someone playing and enjoying these games, My most played games in recent years (well except for a hunting simulator game) are F1 series, 2016/2017/2019 around 200 Hours and 2018 around 400 Hours, only single player and TT.

In term of what it is (something between a sim and something else) and what it does, it's a 10 , but when it comes to how it does :

* Physics, how it does and how good it does it, it will be a 4 or 5 at best! honorable mentions other than usual physics related deficiencies compare to sims: the way setup works is just a joke, also heck at the first few months using high FPS like 100 or higher = better tyre temp while the lower FPS bois were suffering from overheating(i'm talking about a massive difference)! fixed after a few months but it was funny that they didn't know people will use vast range of FPS, they actually didn't fixed it, they've just changed the threshold.

*FFB, in a few limited scenarios the effect could be very informative and feels immersive, but most of the times the effect is like you are playing ping pong, not racing! just a 4!

*AI, sometimes Halloween, sometimes valentine, while the ramming habit and allegedly having unlimited ERS is always consistently present, with every updates the speed of AI in wet and dry changes drastically. also the AI speed in different circuit is also drastically different and you have to use different AI levels,i play on 106 to 110 level. just a 5!

*Graphics, i have to say it's beautiful(specially on ultrawide monitors), one of the best, but until something (like your car or other cars) start moving, and the game is about moving things so it becomes a blurry jagged mess, that's a 6!

* Support and development from previous titles to next titles, while they are always adding good things and making it more immersive by implementing them, but are those things working as intended? the exact same bugs or wrong doings in f1 2016 were present at 2017-2018-2019's launch and they are introducing new bugs with their new features, like idiotic driver transfers, while the feature is nice but they've found a way to make it a mess, well, now at least we can set it off, we have it since the end of October while the game released at June, a Bloody "transfers off" button! that's a 4!

*Multiplayer, it has a working and enjoyable one? no score from my side, not my thing to comment.

While it's my favorite game(series), not just between racing games or sims, between all the games! i can't give it something more than a overall 5.
Upvote 0 Downvote

Last Formula one game I bought and played was 2001, lol.
Upvote 0 Downvote
You must log in or register to reply here.

F1 2021 What F1 game is the most controller-friendly? And what AI is the best?