Sector3 Studios have today released a new update for their RaceRoom Racing Experience simulation, alongside a lengthy developer update post about the immediate future of the sim.

It feels like its been quite a while since we last reported on some substantial RaceRoom Racing Experience news here at RaceDepartment, and after the long wait we finally have a new 2.9GB update to enjoy, as well as the latest update posting from the studio about the immediate future of the simulation. 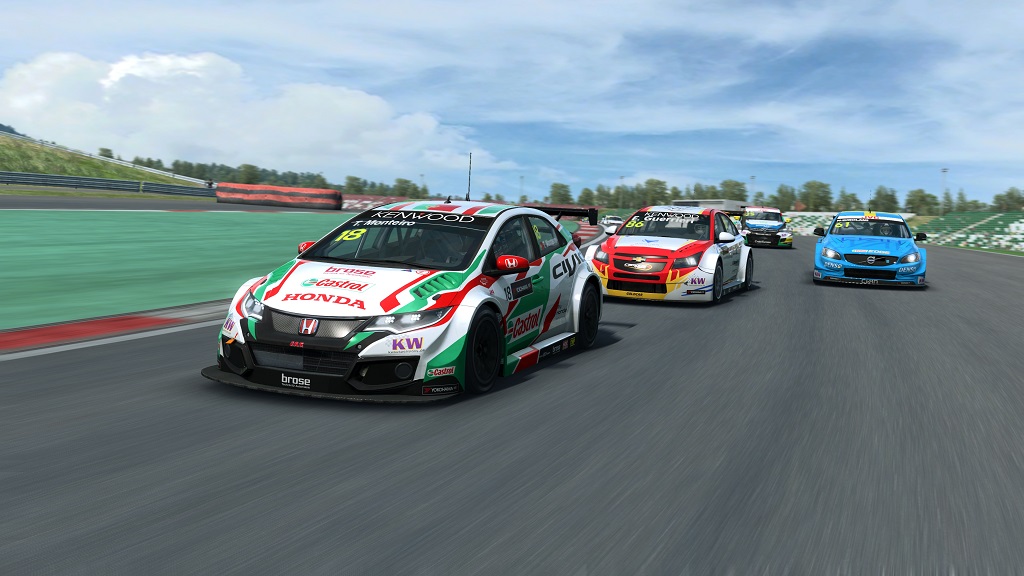 In terms of the update, which should be available the next time players restart their Steam client, the Swedish studio have mostly looked to improve the AI in various situations and content within the title, with a few sprinklings of multiplayer ranking and server scheduling improvements - details of which can all be seen at towards the end of this article.

As for the roadmap, well let's hand over to Sector3 Studios to explain...

I usually start with a progress update on all the things mentioned in the previous dev notes, but as it's been so long since the last ones, it doesn't really make much sense. Everything in those old notes has been shipped... I suppose that rather than re-hashing what we've done and delivered, you probably want to read about what comes next and what we've been working on recently and will work on in the coming weeks and months.

Before I do that, I’d like to start with two topics that I believe deserve a few words:


What was up with all those recent patches and maintenance periods?

Regarding the high frequency and durations of maintenance and small patches with seemingly little content or features, it hasn’t escaped your attention that with the lack of real racing happening in this first half of the 2020 season, a lot of requests from partners and opportunities arose to organize and deliver virtual racing events. The size of the team here at Sector3 doesn’t allow us to simultaneously work on multiple fronts and we therefore have had to delay certain content releases and shift our priorities in order to ensure delivery of those partnership deals. All in all we had to take the servers down more often than normal in order to push content on time for those many events. However with real racing resuming, the situation is slowly going back to normal.

RaceRoom has anti cheat measures, despite what you may hear from trolls out there. It is an always-online service and therefore if you do cheat, chances are high that you’ll get caught and we will lock your account. Forever. We don't really joke around with that. If you get caught, then that’s it.

Yes, we do have advanced anti-cheat measures and yes, accounts are getting banned regularly.

Since RaceRoom is free to play, It’s usually on free content lobbies and free competitions that you’ll find cheaters before they get detected and banned. People with purchases don’t really tend to cheat at all due to the fear of losing their account for good.

So yes, it is possible to cheat in any game and no, games having a fancy 3rd party anti-cheat system is not a guarantee of a cheat-free experience. It all depends on the tools available to detect but most importantly to ban and keep the cheaters away, and for that, you can count on RaceRoom.

Today we are pushing a RaceRoom update.
The update has a heavy focus on AI improvements but you will also find very welcome updates to some tracks, further improving their accuracy, as well as a brand new layout for the freshly renamed DEKRA Lausitzring.

Oh and by the way, we’re also using this update to prepare RaceRoom for an upcoming new track release. 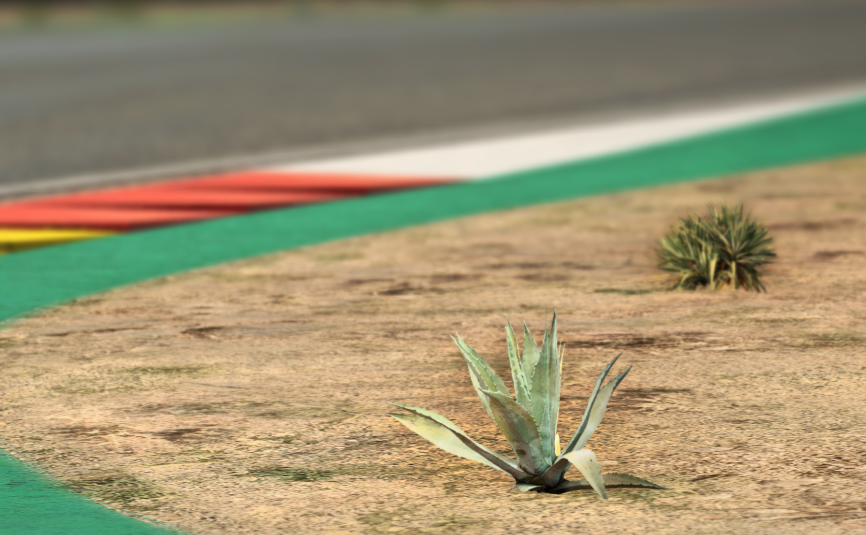 A Ranked Multiplayer tab has been added on your player profile page. It centralizes all your ranked racing history and progression graphs. You can click a data point or a race in the list to view the full results of that particular event.

This is a first iteration and we will definitely keep improving it from your feedback.

Related to Ranked Multiplayer, the dedicated server now features a Scheduling assistant. The feature was developed as part of our development roadmap towards fully automated multiplayer racing series with matchmaking, but we’re making it public for all the league administrators out there who will surely find the feature useful to plan their dedicated server spawns ahead of time.

While the recent public updates may appear slim in features, we’re not slowing down behind the curtains.

We’re almost ready to deliver some pretty solid sound improvements. The update will make the cockpit atmosphere feel so alive, you’ll wonder how you could ever like it before. Word from the beta testers was they can hardly force themselves to drive with the old sounds now that they have had a taste of what’s to come. Expect those improvements to ship with our next update, along with the Audi and BMW DTM 2020 cars. In the meantime, I’ll try and make some preview videos.

Our currently active tasks for the Sector3 programmers are:

Then we do have more long term tasks that have been started, but here we venture into features that I can’t currently put a binding ETA on, as we’re on and off those tasks at the moment. We will try and finish some for our December 2020 update. Those end of the year updates are traditionally more feature oriented, since the holiday break also means a break in esports competitions and community league racing and we are then free to make deeper changes to how the game behaves.


There are also many things that don’t make it into public changelogs but still occupy us. Things like allowing our servers to force showing certain packs of objects on the track for partners and sponsor logos, or spending some time with our colleagues over at SimBin UK to answer some questions and assist on physics and sounds.

On the content front, we are obviously focused on DTM 2020 cars at the moment and the liveries are being painted. It should only be a handful of weeks before they are released. We also have physics improvements in the works as well as brands new content that is better announced at a later date.

Hopefully we get to show you previews of what we're working on a regular basis in the future. Stay tuned for that! 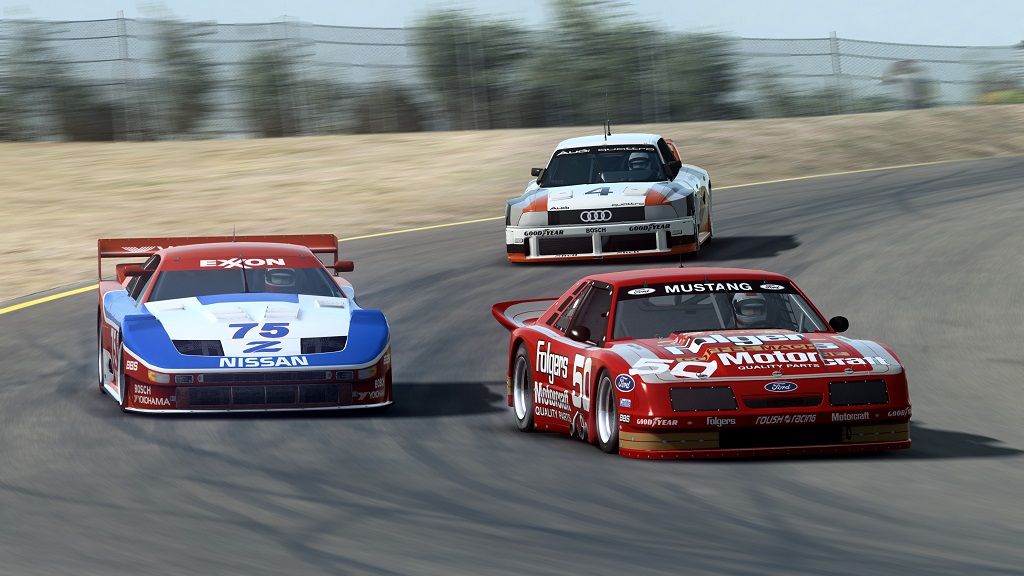 If you need some advice on certain aspects of the sim, or have some knowledge to share, get yourself over to the RaceRoom Racing Experience sub forum here at RaceDepartment and start a new post today! 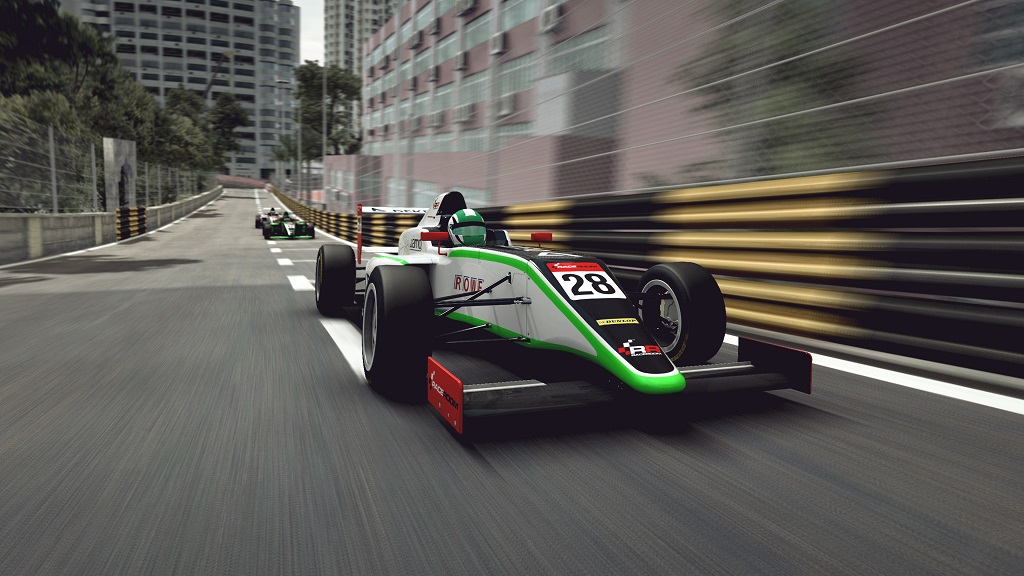 Manual cooldown laps and ai in multiplayer are my 2 biggest wishes for this sim so delighted to hear they are being worked on! Keep up the good work
Upvote 0 Downvote

Looking forward to the 2020 DTM cars! Hope they knock it out of the park as usual.
Upvote 0 Downvote

Lots of words but the only ones that matter to me is seat tilt for triples users that STILL not fixed!
Waits for next patch before possibly able to play with the content I bought
Upvote 0 Downvote
P

I hope they add Mosport at some point.
Upvote 0 Downvote

Tbh, I had deleted RaceRoom, mainly due to graphics. However, I now realise that I enjoyed the cars and tracks. Good to see improvements and updates. Keep up the good work (I am glad to be back).
Upvote 0 Downvote

dreamer al said:
Tbh, I had deleted RaceRoom, mainly due to graphics. However, I now realise that I enjoyed the cars and tracks. Good to see improvements and updates. Keep up the good work (I am glad to be back).
Click to expand...

You can try Reshade, maybe with a Profile made by Georg Ortner to start with, if it's overwhelming at first.
I can make R3E look astonishingly awesome.^^
Upvote 0 Downvote

CrimsonEminence said:
You can try Reshade, maybe with a Profile made by Georg Ortner to start with, if it's overwhelming at first.
I can make R3E look astonishingly awesome.^^
Click to expand...

I would be very interested in Reshade. Where can I find it? ( I have found Reshade by GermansinAction in R3E mods).
Last edited: Aug 12, 2020
Upvote 0 Downvote

dreamer al said:
I would be very interested in Reshade. Where can I find it? ( I have found Reshade by GermansinAction in R3E mods).
Click to expand...

This thread may be interesting for you:

His settings aren't changing the look thaaat much, just improving the lighting a tiny bit, but you can go pretty crazy with settings in reshade, it's just a bit hardcore and overwhelming, getting into it at first
Upvote 0 Downvote

CrimsonEminence said:
This thread may be interesting for you:

His settings aren't changing the look thaaat much, just improving the lighting a tiny bit, but you can go pretty crazy with settings in reshade, it's just a bit hardcore and overwhelming, getting into it at first
Click to expand...

Thanks. I will give it a go. But I might add I am no "techie", which makes me nervous
Upvote 0 Downvote

dreamer al said:
Thanks. I will give it a go. But I might add I am no "techie", which makes me nervous
Click to expand...

Yeah, like stated, the use of Reshade is pretty "much" at first.

Btw., when it asks you on the installation for the game .exe, choose the x64 RR startfile, not the normal one, i was wondering, why it wasn't working, until i noticed, that of course R3E running 64 bit by default for a long time already
Upvote 0 Downvote

Thanks R3 for the update but am I the only one who read this part? "... spending some time with our colleagues over at SimBin UK to answer some questions and assist on physics and sounds. "

So who is assisting who and is there some news from SimBin?? Or is it whom?
Upvote 0 Downvote

Raceroom looks fine at worst and fantastic usually. I have no idea how people are running it to see otherwise....
Upvote 0 Downvote

anton_Chez said:
Raceroom looks fine at worst and fantastic usually. I have no idea how people are running it to see otherwise....
Click to expand...

It can look very pretty and with decent settings it will also may still run okay on older systems. It's not ugly by any means, even without re-shade and helpers. But it shows its age in technology and this, while utilizing almost everything, the foundation can deliver, without going nuts on resources.

Running Group 5 cars on Bilsterberg in the morning can be one of the most beautiful things in R3E, or GT3 at Dubai, for example, but it's a thing of personal preference, if spoiled by contemporary state of tech. I'm fine with the look of R3E, i mean just look at it (no reshade in use):

haha, thanks for picking most as "not uggly" example
also funny you should say bit of an age, where this was relatively new additon
Upvote 0 Downvote

Patrik Marek said:
haha, thanks for picking most as "not uggly" example
also funny you should say bit of an age, where this was relatively new additon
Click to expand...

It kind of makes sense. Of course, newer content (like Dubai and also Most) will look the absolutely best it can and of course will everything have similar quirks and benefits, because it's running on the same foundation, but reading the patch notes should give you a hint, that older content is not left alone and it's still not ugly.

It always was in the game, they can't fool us!!!

Btw., amazing how fast he adapts to the driving behaviour and actually drives decent after 2 laps on a videogame device
Upvote 0 Downvote
You must log in or register to reply here.