Premium
Yes i have updated the standard shaders to get a consistent style, otherwise there would always be a few materials with "wrong" settings. Some stays bright even at night, so for me that was never an option.
So in my screenshots most track materials are not edited, only track lights and some transparency settings.
Of course there were some compatibility issues for many special materials in the game, but most of them has been taken care of now.

The special shaders are "extra", the same way as in srpl shaders.
I have added them to my 3dsimed, so I can add them to tracks.
As long as there are shader downgrades to standard shaders I think the materials should work for others not using the shaders too (I haven't checked that yet), but the track and shaders should be considered one package.

Premium
At least more consistent tree shaders now. Not perfect in any way but nicer. 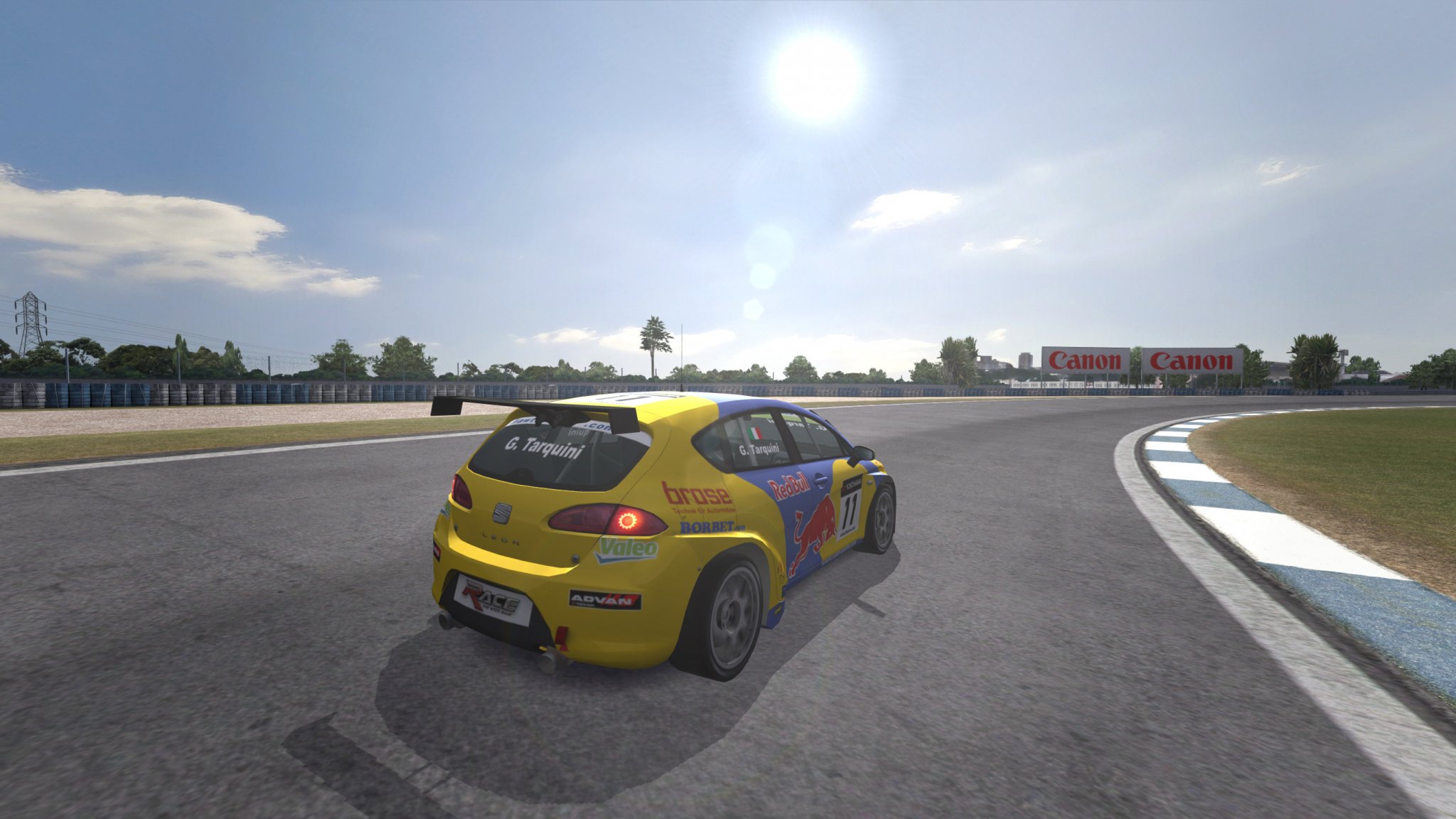 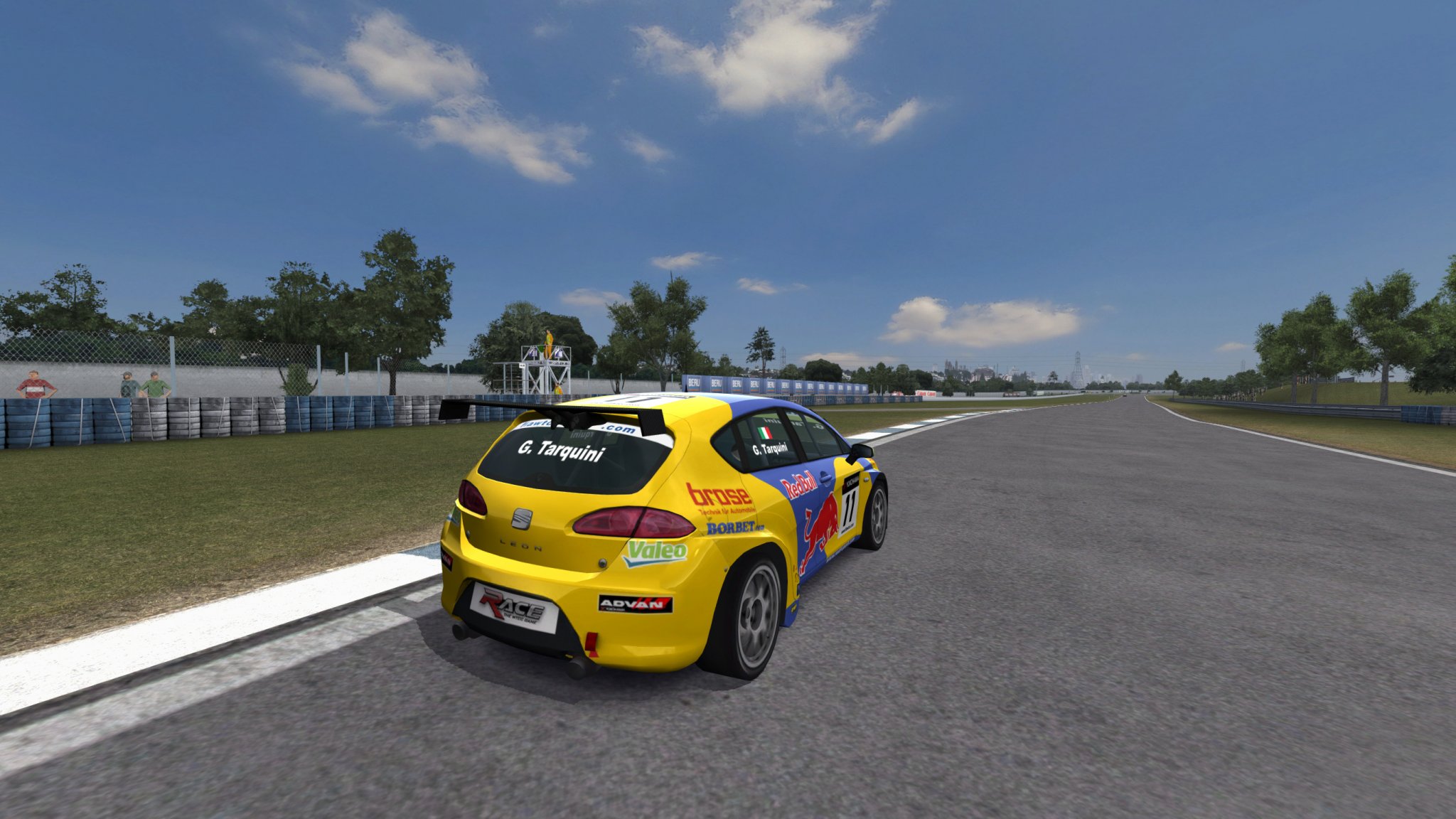 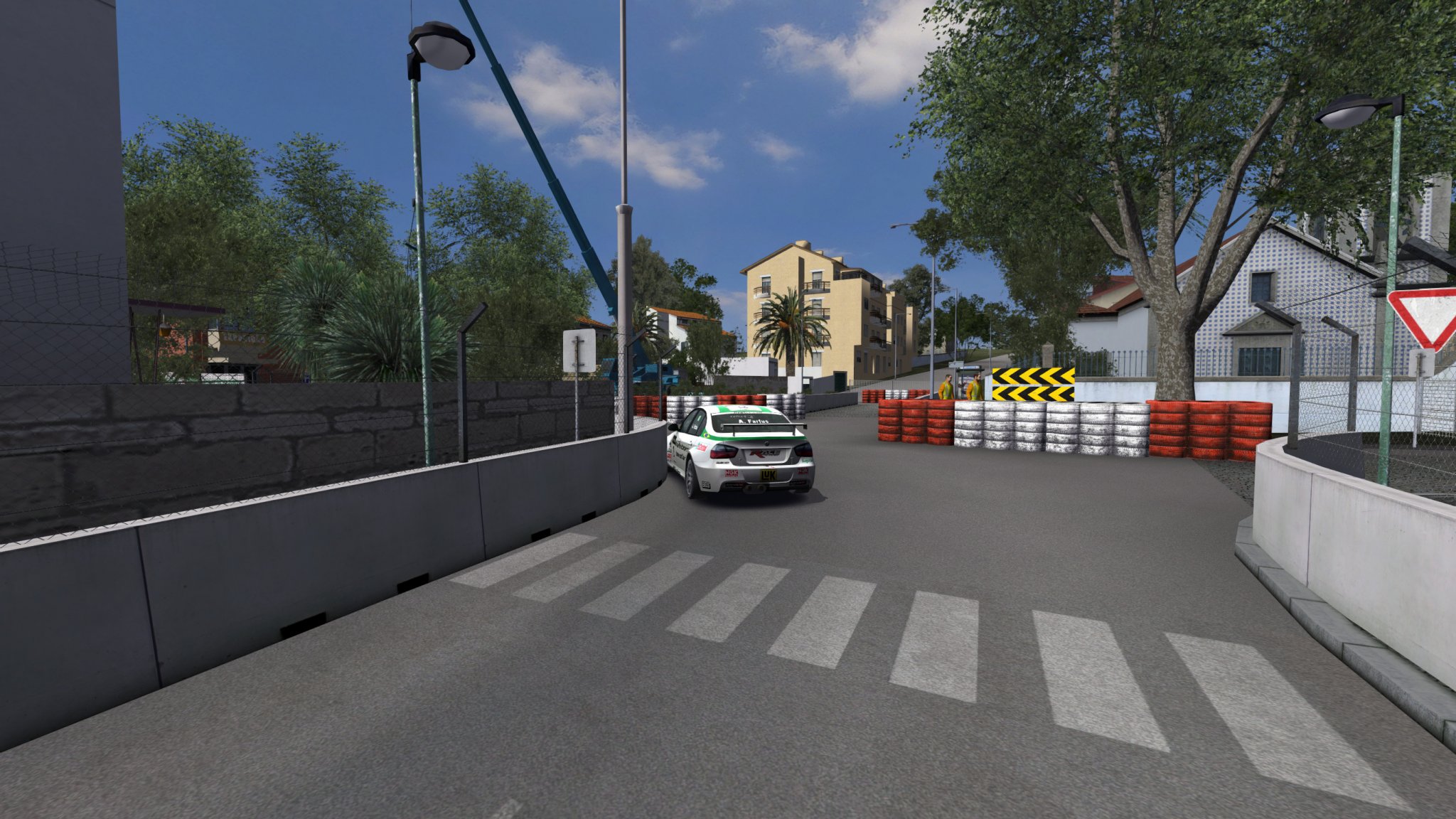 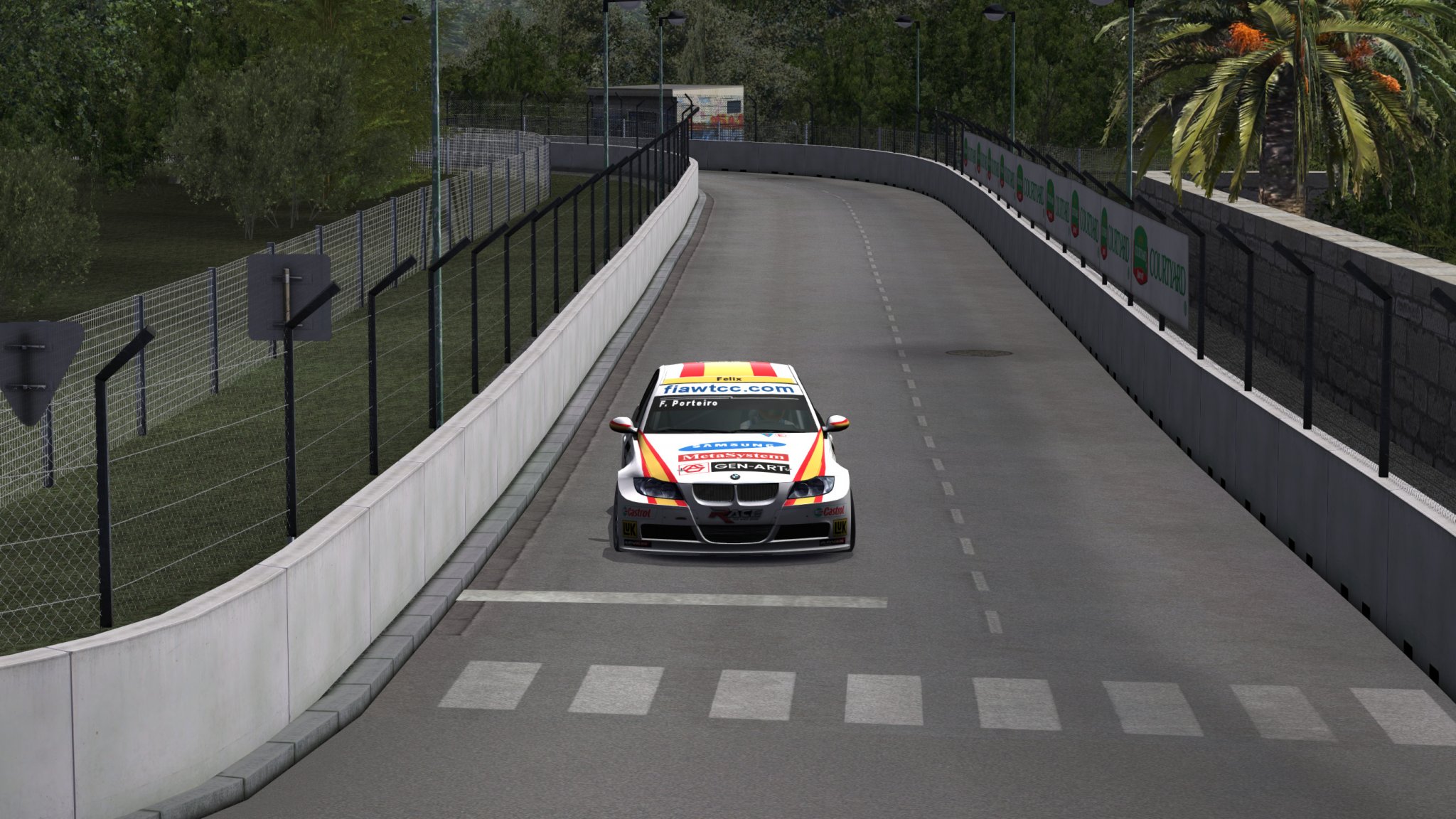 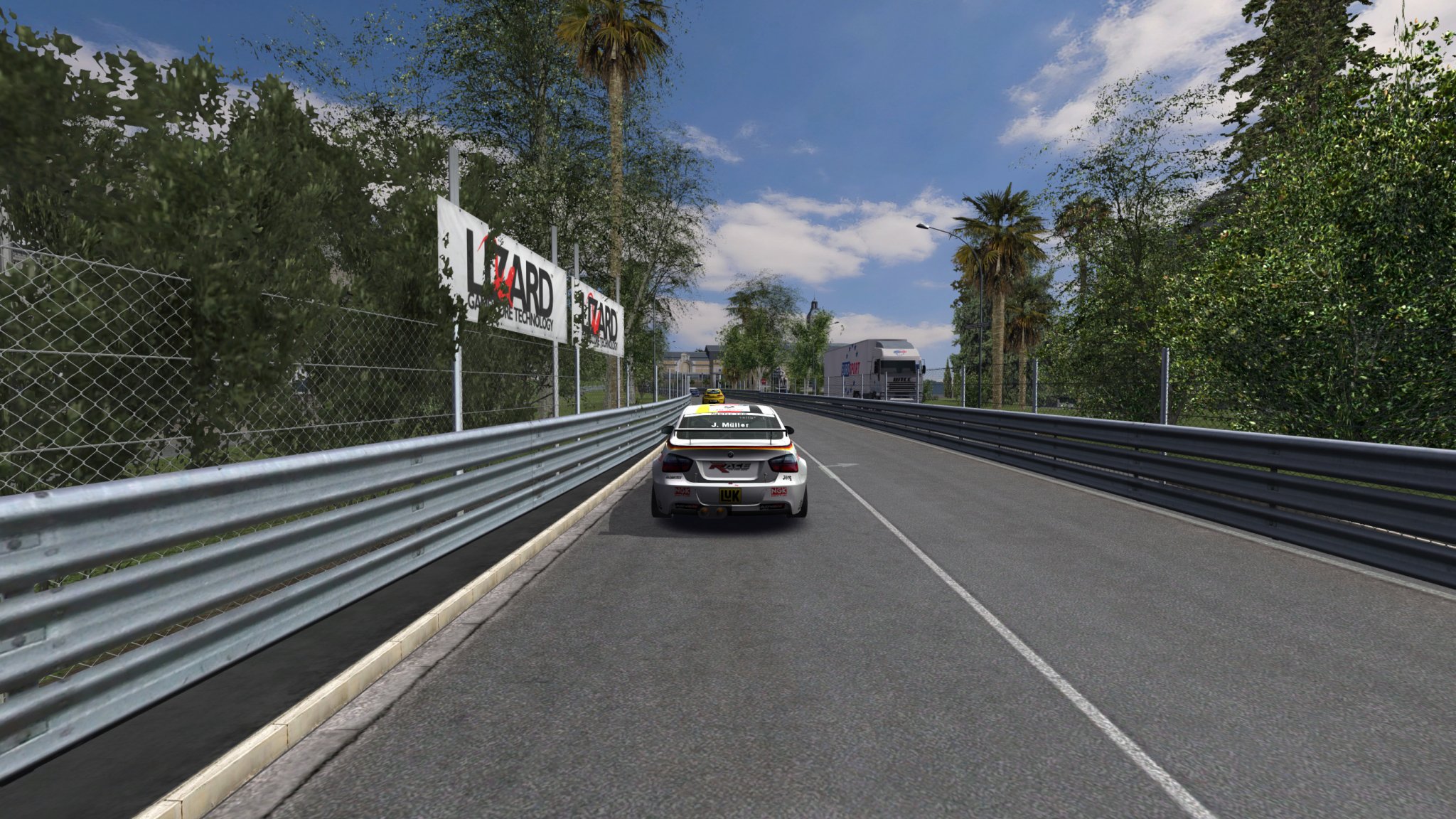 Premium
This is what will happen if shaders or materials are inconsistent and don't handle light the same way.
The grass material here gets dark in a different way than the rest.
The new shaders should work consistent, but if material emissive color (kind of "glow" that is not effected by light) is set wrong these things can happen. As far as I know I can't change this in the shader. Black emissive means standard/no glow unless the material range is wrong and could give extra darkness. White makes material glow in the dark, and it is useful for lights materials.

Valencia track is up next. 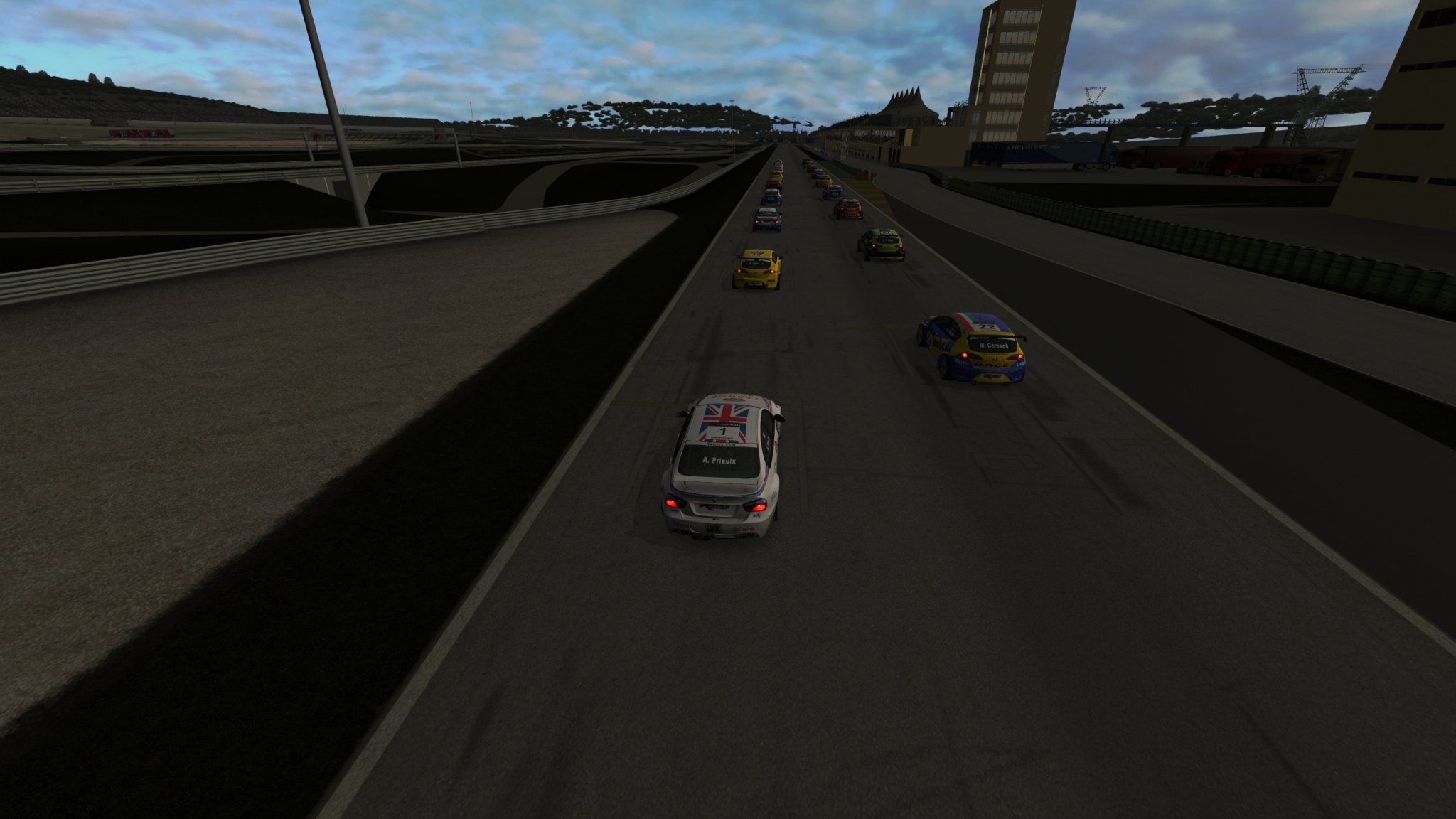 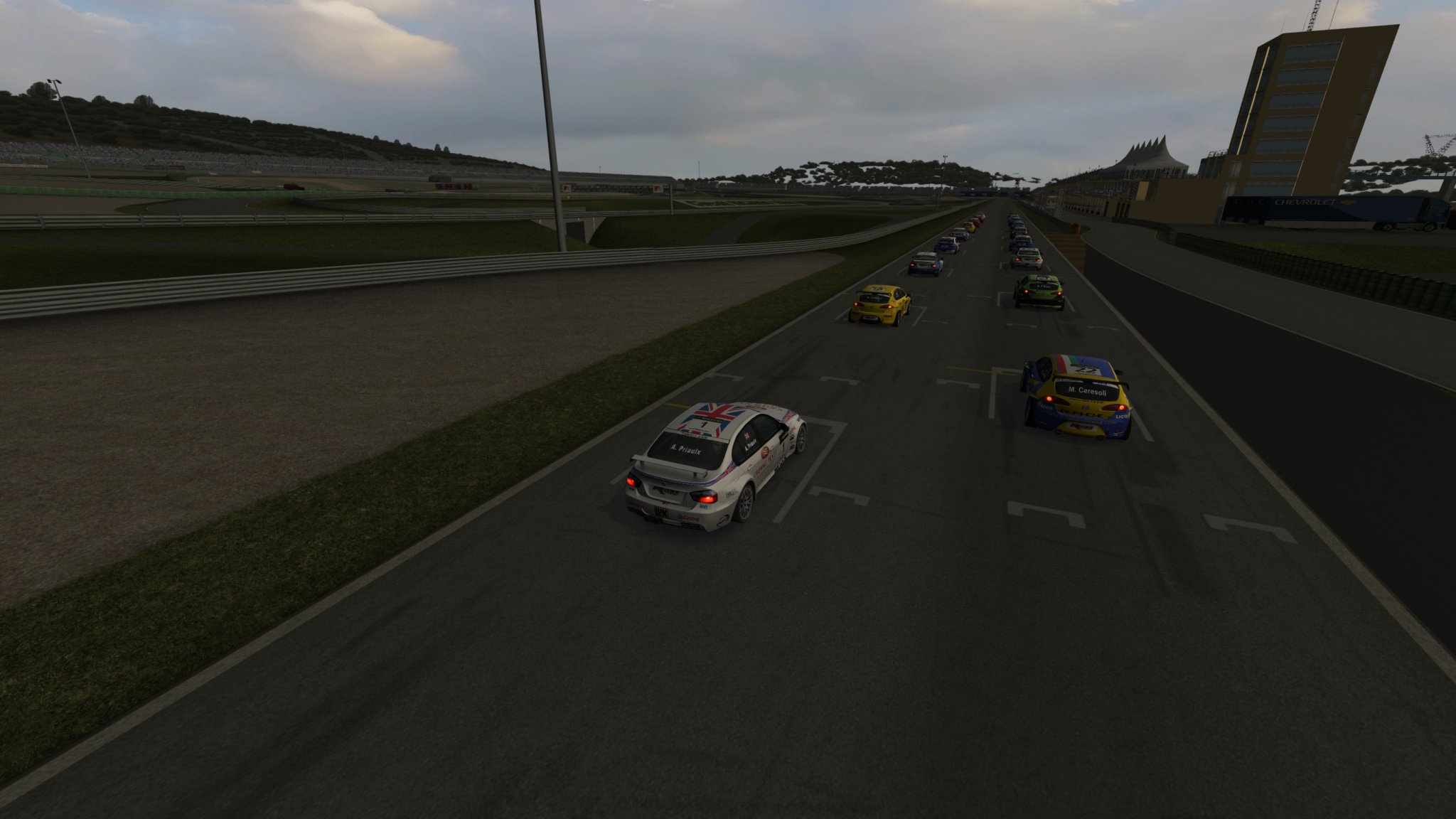 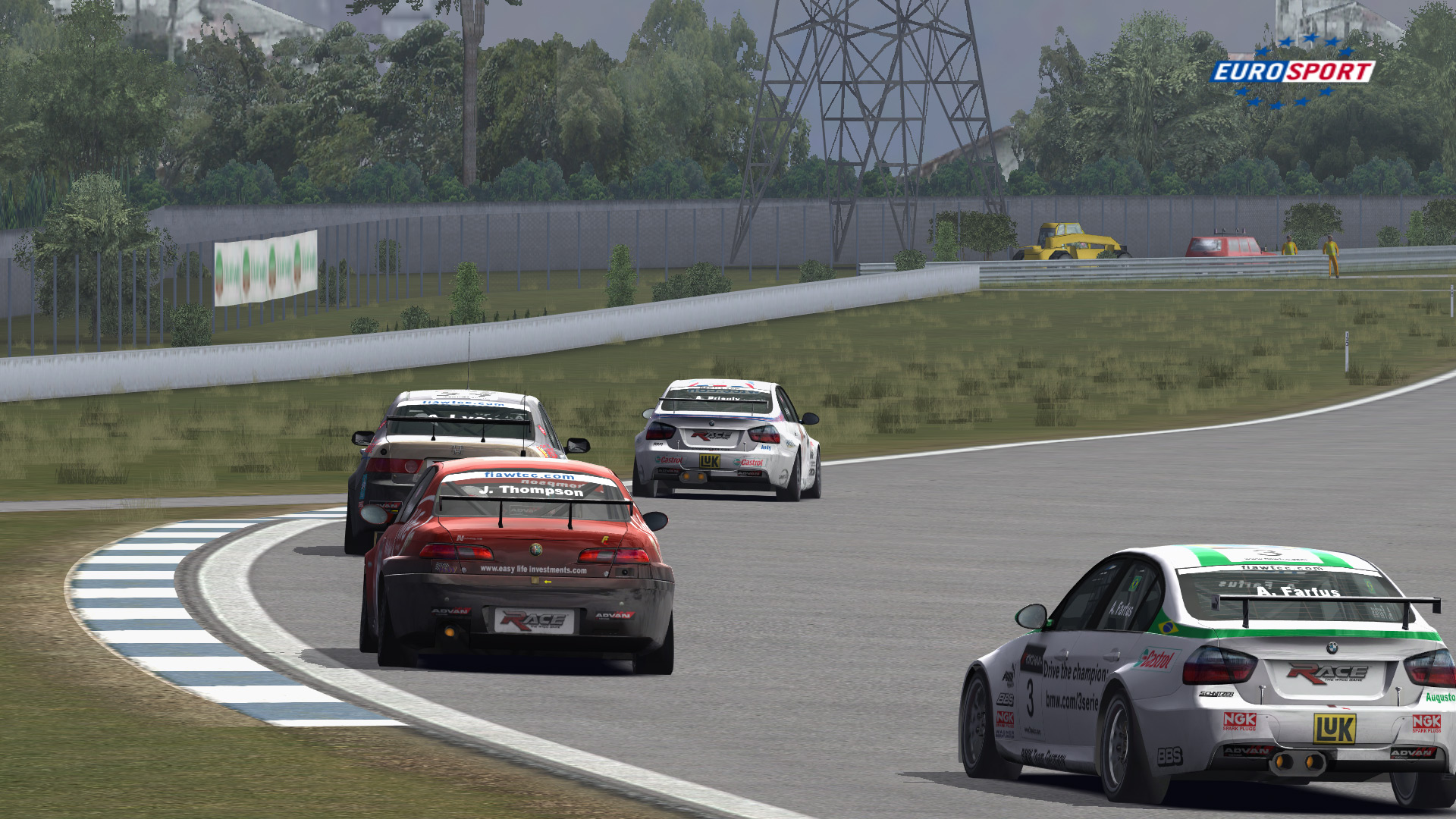 Edit. There are probably gazillion of bugs still there but on this moment I'll open bottle of wine

Premium
Added the animated water material at Valencia, because why not?
I wish it could reflect sky color better, but it is quite nice 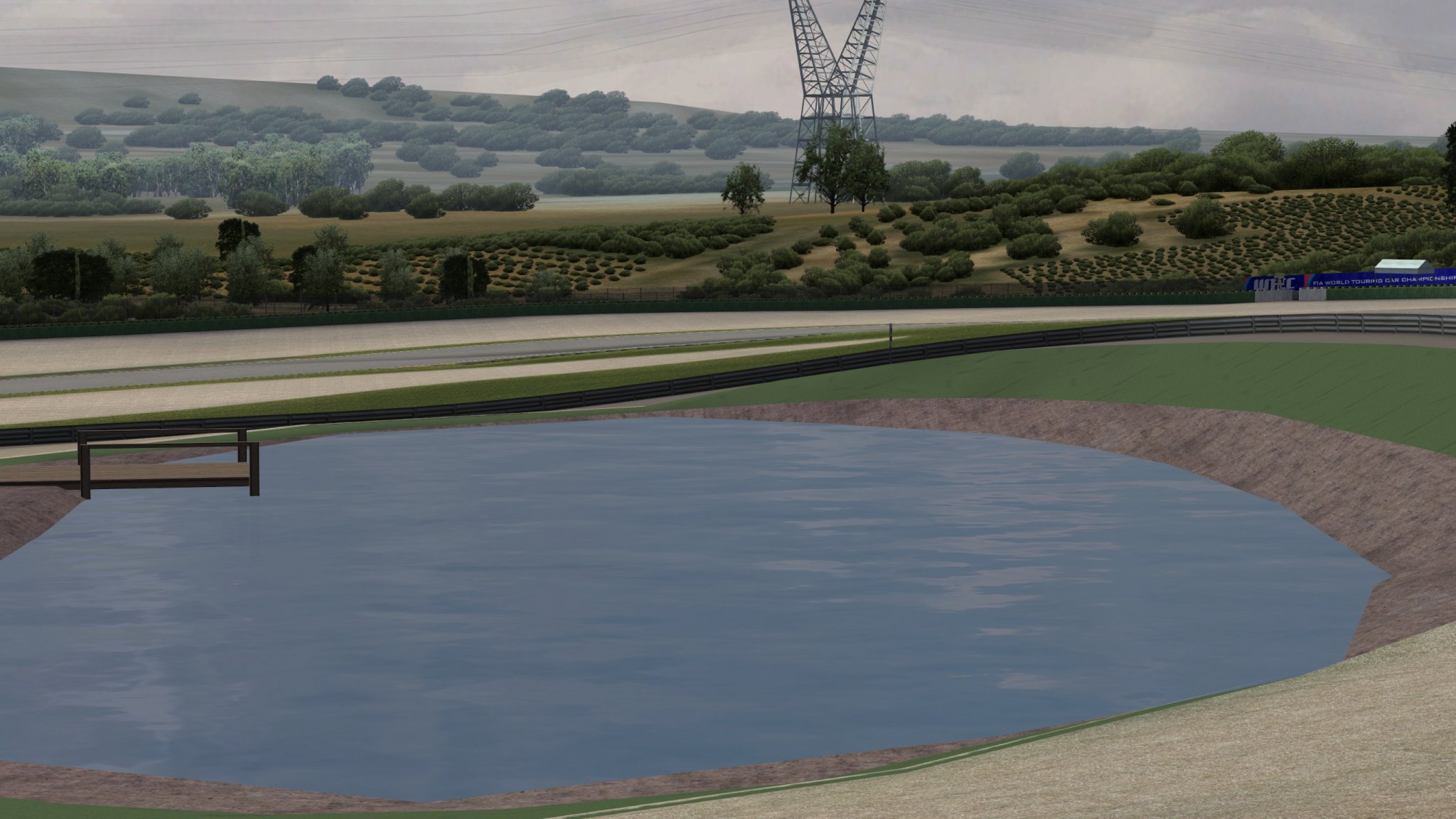 Looking forward to enter the stage when the shaders are complete (but I'm sure there will be little things to tweak for a long time). Now most things are finished in one way, but when adding and using the more standard versions (that replaces the real standard shaders) little things to fix or tweak comes up now and then.

What.. is already new year there? cmon Hulk. But I supose he deserves it, he have done a lot of work and not in the wrong way.

AndreasFSC said:
Now most things are finished in one way
Click to expand...

Anyway im glad you Andreas could advance on trees with "my" tree shader though (or some of it).

AndreasFSC said:
I wish it could reflect sky color better
Click to expand...

well it maybe a matter of texture updating

With Andreas shadow shaders fps doesn’t drop when shadows are on Max, and that alone was worth a bottle of wine. 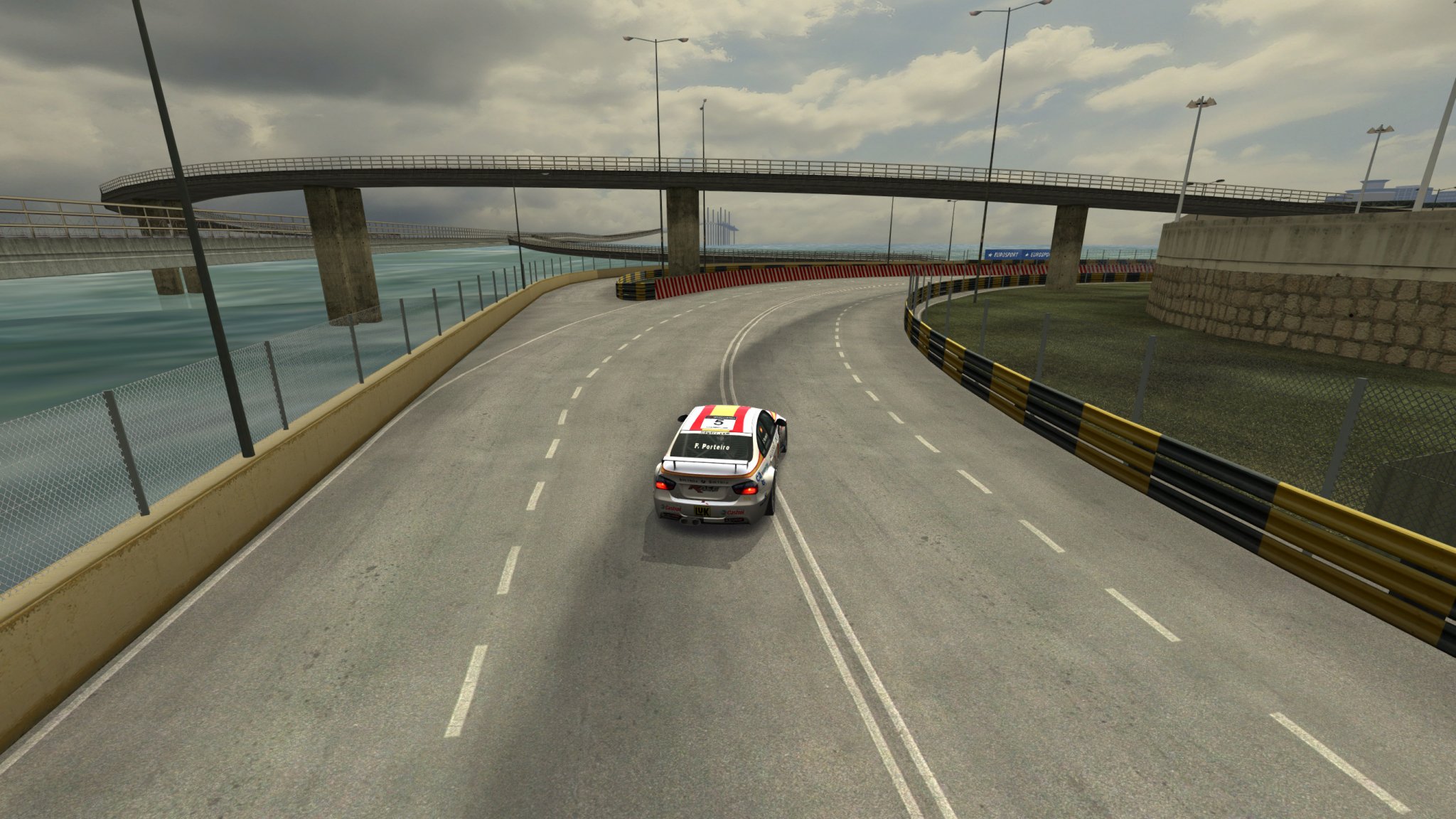 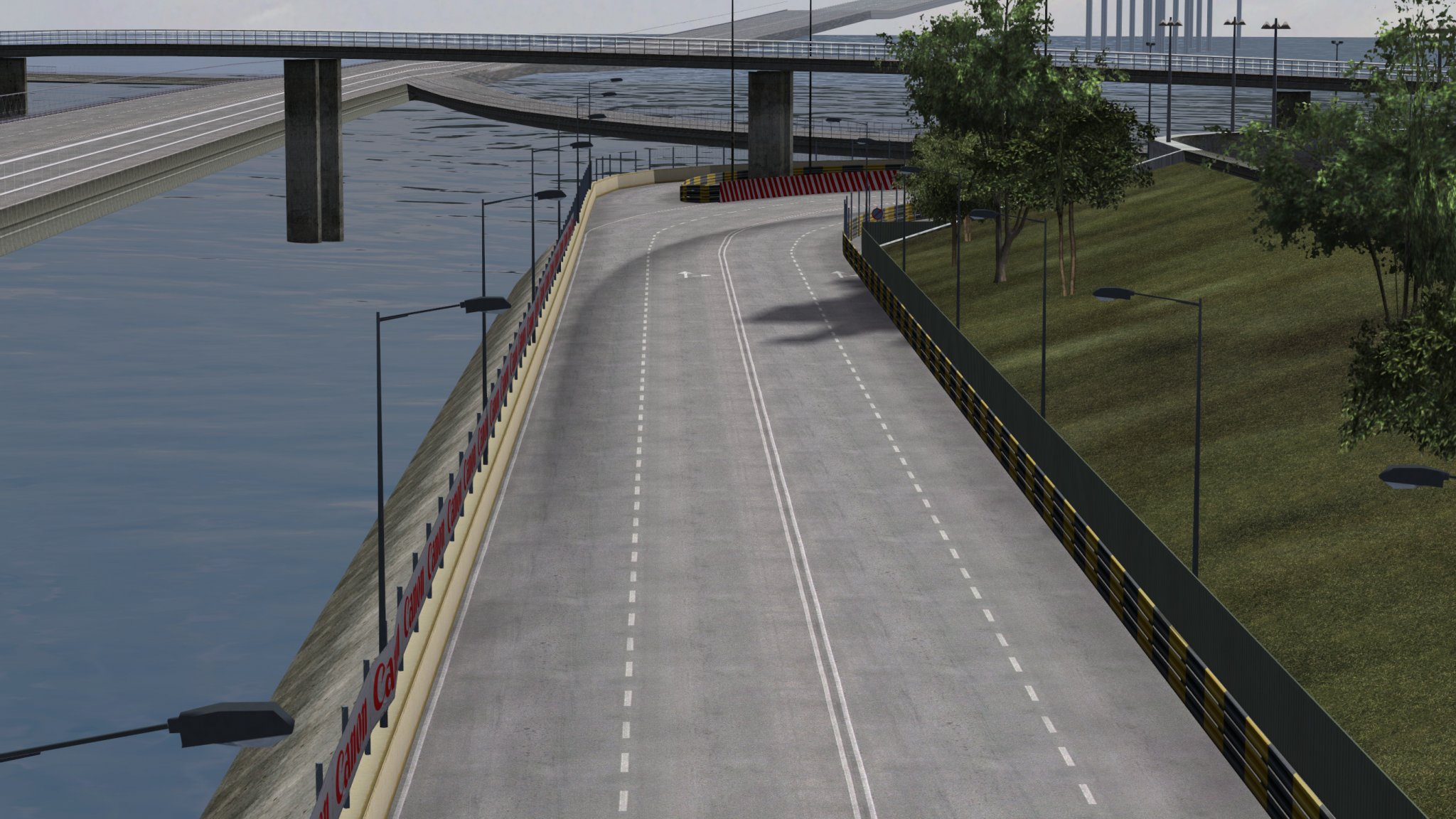 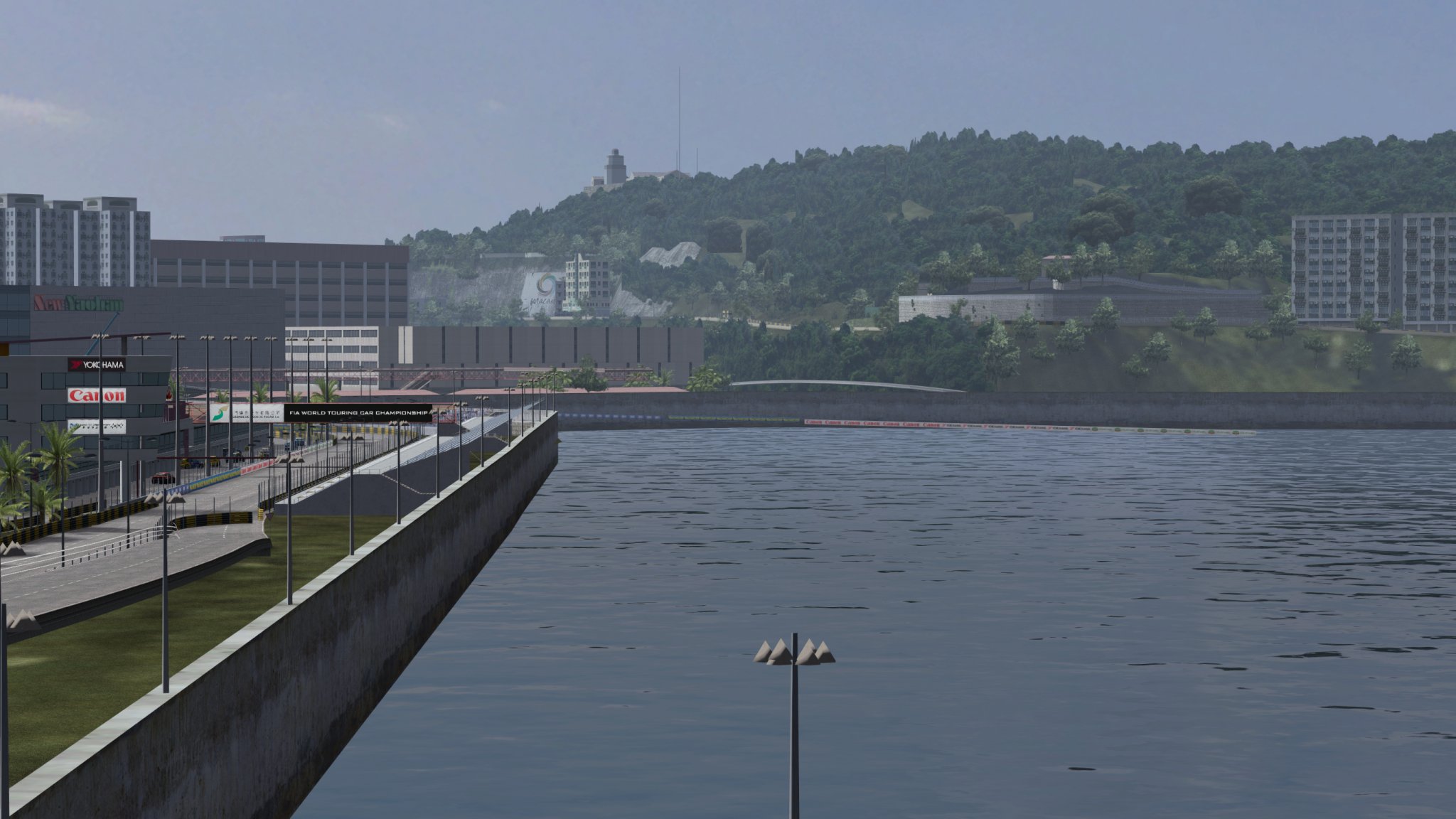 Premium
And on to the worst looking track for the moment
The yellow color is of course because of the light color. The black tyre marks is the same as in Brands Hatch. I think it is a shader downgrade backup thing that has no vertex alpha.

The fogged mountain is painted. Lets see what can be done. 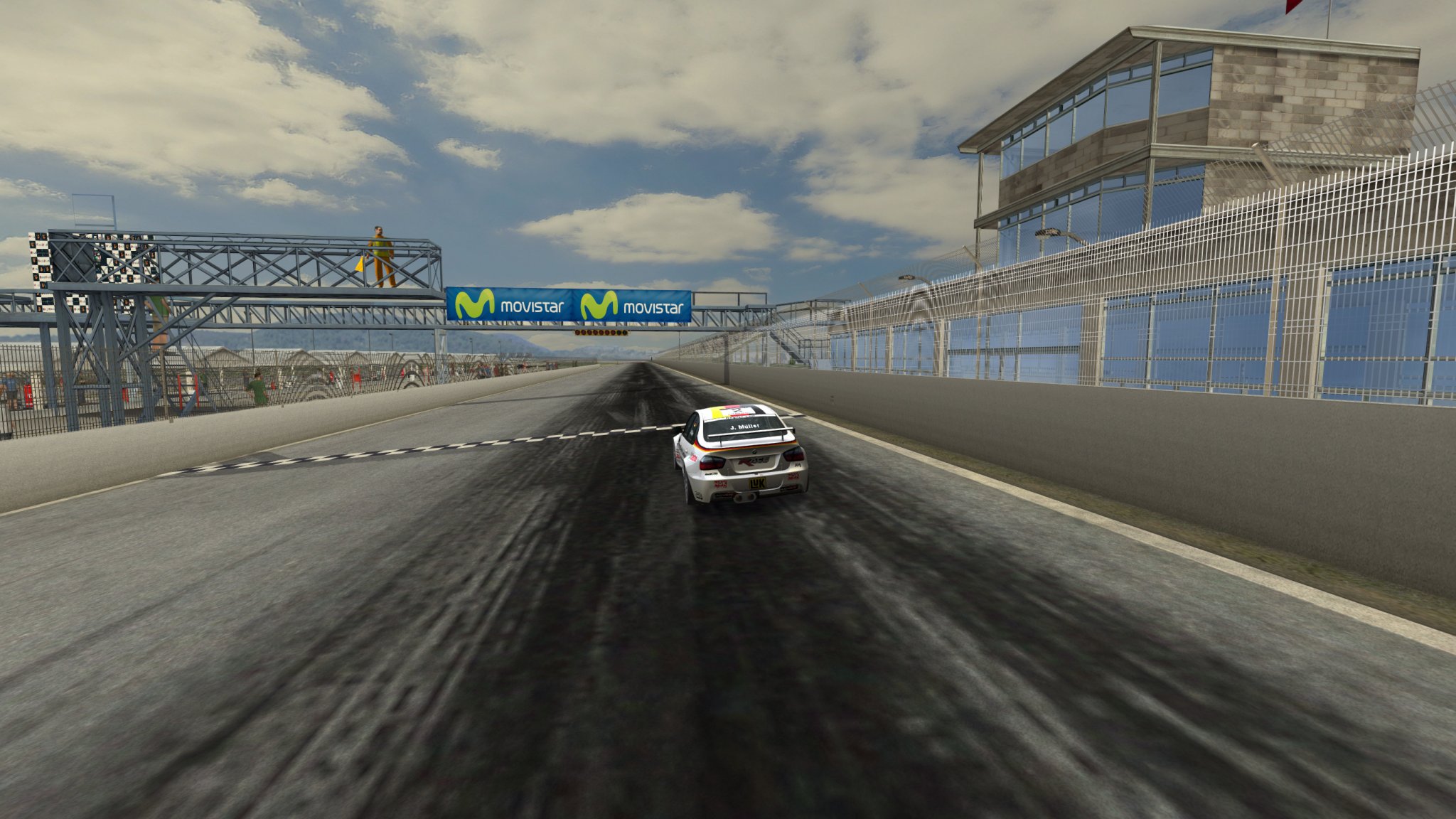 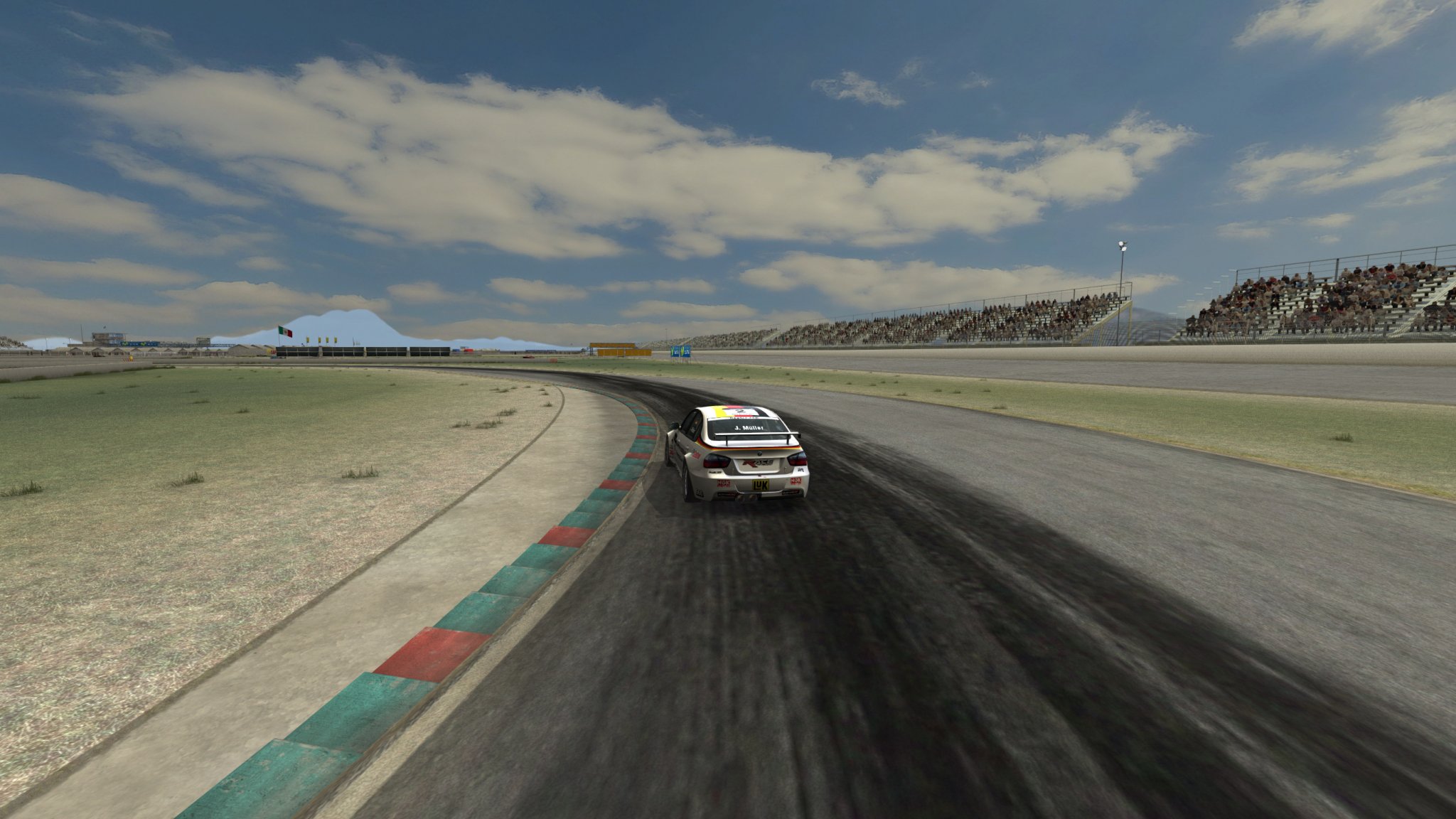 Premium
And after the first changes it looks like this. I changed alpha in the textures.
It seems the shader "t1 no light" (don't know at which DX level) can't handle vertex alpha, only texture alpha right now.
If I edit the output too much the sky transparency (game mixing weather by adjusting sky transparencies) will not work, and it is always couldy...
Anyway, looks better now. Still have to do something about the "air fog" mountains and also the aiw files. Ai cars goes wide at some places. 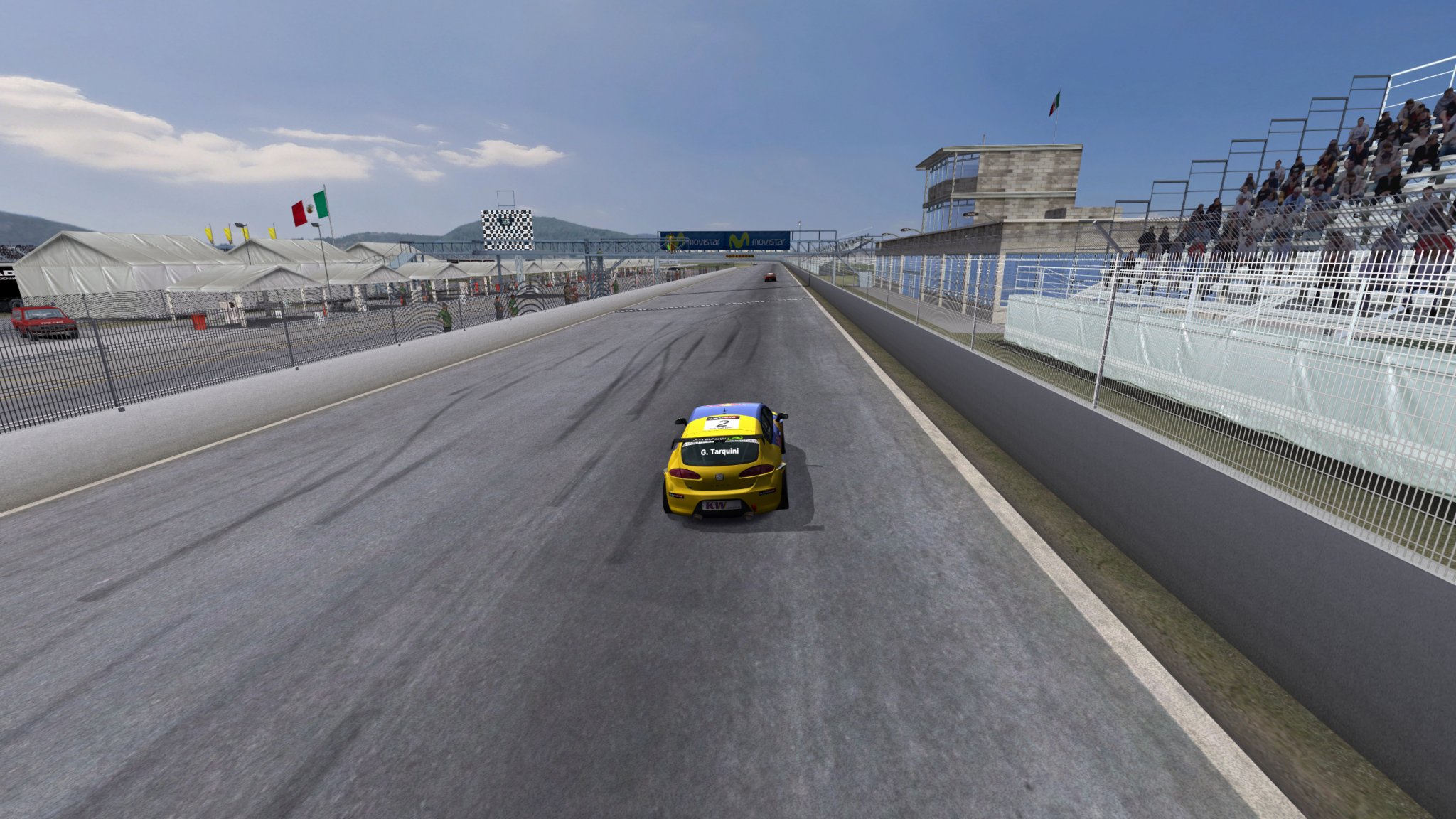 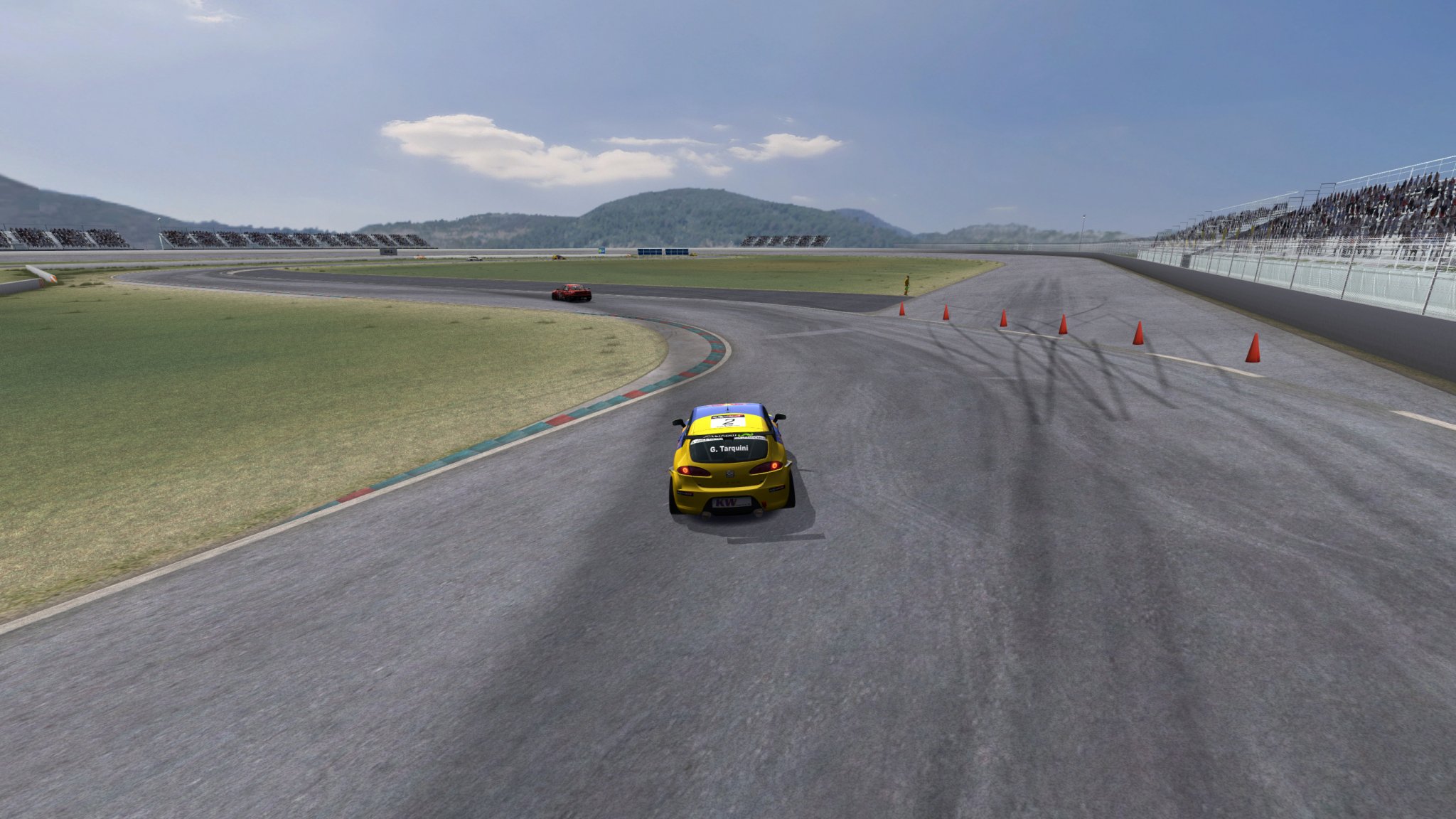 Premium
Speaking of AIW changes... has anyone ever tried this out? A 'smarter AI' mod dedicated to RACE 07 default content, from the looks of it. 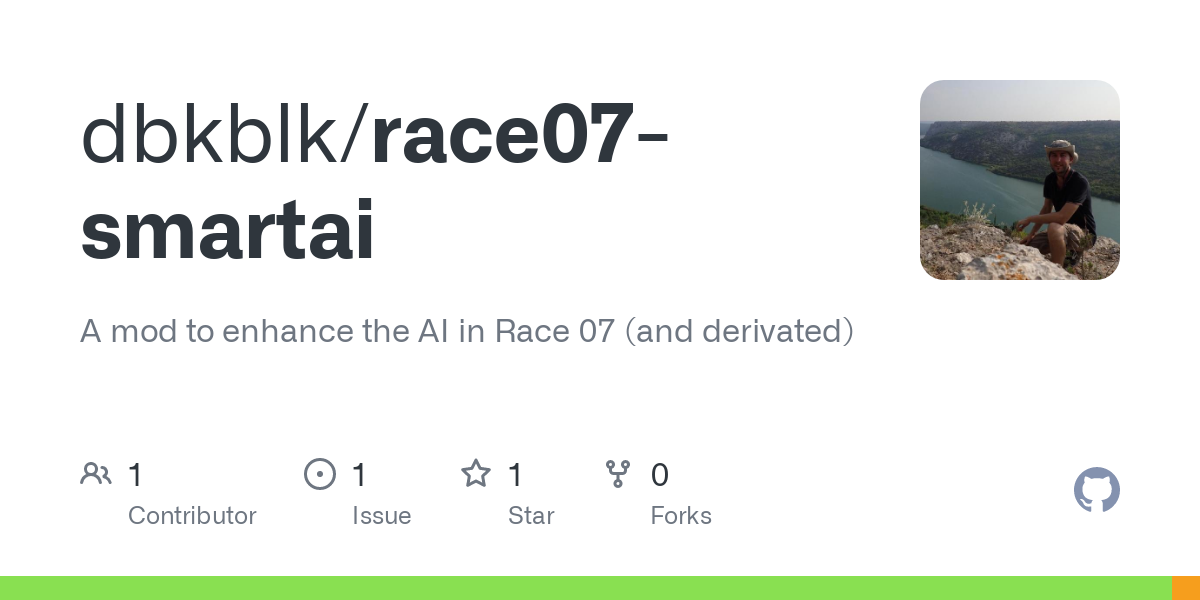 GitHub - dbkblk/race07-smartai: A mod to enhance the AI in Race 07 (and derivated)

I've seen lots of suggestions for how to tweak various files in gMotor games, and this doesn't sound super inconsistent with those suggestions. Seems kinda promising. I don't have time to try this out, but perhaps someone else could?
Last edited: Nov 21, 2021

MJQT said:
Speaking of AIW changes... has anyone ever tried this out? A 'smarter AI' mod dedicated to RACE 07 default content, from the looks of it.

GitHub - dbkblk/race07-smartai: A mod to enhance the AI in Race 07 (and derivated)

I've seen lots of suggestions for how to tweak various files in gMotor games, and this doesn't sound super inconsistent with those suggestions. Seems kinda promising. I don't have time to try this out, but perhaps someone else could?
Click to expand...

I've done a lot of AI tuning in GTR2, which is somewhat similar, and that project seems to be hitting the same areas, so it probably has some promise.

I'm busy with GTR2 AI at the moment so I don't have time to try it.

Shovas said:
I've done a lot of AI tuning in GTR2, which is somewhat similar, and that project seems to be hitting the same areas, so it probably has some promise.

I'm busy with GTR2 AI at the moment so I don't have time to try it.
Click to expand...

Yes, of course, your AI mods (and your explanations of how you're testing your parameters) are fantastic, by the way! Good luck with your GTR2 modding (I see it's being updated feverishly haha). Given that RACE 07 is a SimBin game, I would think many of your investigations and discoveries are relevant to it as well... who knows?

Premium
I have had a very quick look, and this is similar to what I have in the tinytweaks (physics) and miditweaks (+ talent/ai).
There are also some other things, as there are different ways to balance ai and get dood results.
I can also confirm that Race 07 and GTR2 have identical or close to identical physics and ai (my tweaks are included as an option in GTR2 Anniversary patch), so findings in one game can be used in the other too.

The problem with the standard ai is that the ai physics is very simplified, and to compensate for that they have added many "cheats" like more ai grip. This is a useful way to get most different car types to work in game without too many issues, and it works for all types of tracks.
The bad thing is things like corner speed and brake distances are not the same for ai and player, and can make the player frustrated, as it is impossible to keep up with ai at some parts of a track. There are some settings to compensate for this, like limiting ai corner speed and brake usage.
But the best solution is simply to make the ai cars as equal to player car as possible and reduce the ai cheats as much as possible.
Some things to tweak for ai:
Tyre slip angle
ai tyre grip bias
ai torque stab
damper calculation
downforce bias (if used)
add collision feelers (not used by simbin, but very important for ai cars to "see" each others)

Hopefully I can hex-edit the exe file to include the changes to the player file by default.

Premium
Just wanted to say thanks to everyone that work on or follow this project and giving ideas, suggestions and feedback.

For my part I read posts and messages (even if I sometimes forget to answer).
I guess I am one of the top ten users of Race 07 in the world if we count time spent in the game nowdays (and that is not anything to be very proud of, it is quite unbalanced honestly ) and have tried a lot of things in the game.
Perhaps this makes me sound like a wiseacre sometimes, but it is not my intention, and it is not meant to discourage anyone to join the discussion here. 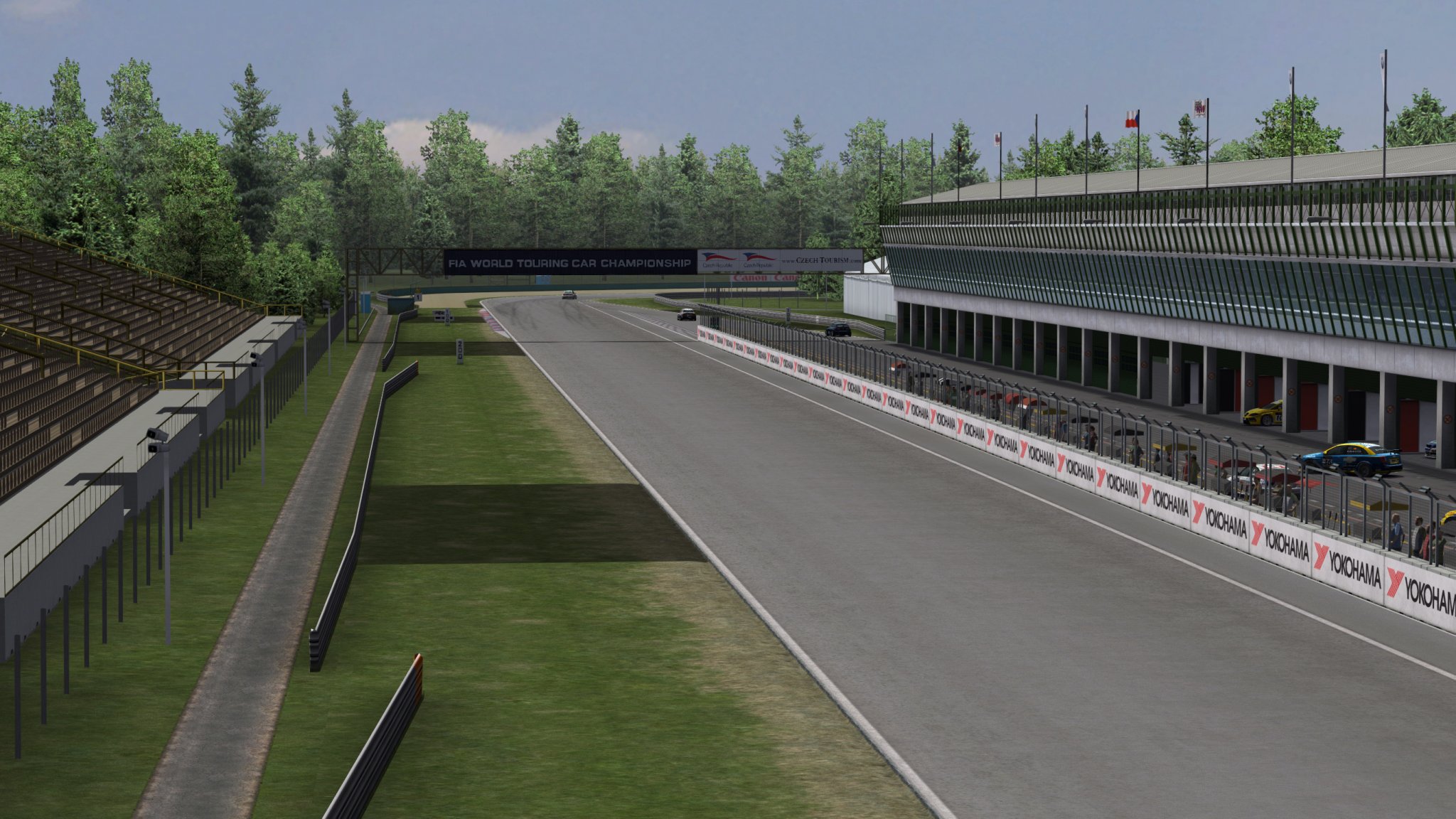 Premium
For now I can't edit the track and grass at Brno, some grass materials gets corrupted when imported to 3dsimed.
I tried to remap those, but the mapping scale gets lost, and there is no way to know what that is (I can map it right in Zmodeler2, but in 3dsimed there also has to be set a scale for UV maps higher than 1). So I have to focus on buildings and trees instead.

Most 06 and 07 tracks are updated now with the things that I am responsible for, but some work left.
Maybe some aiw work to do too. Tried to update suspension roll center for Lacetti car, but it didn't do much of a difference, it was close to the settings that I use. 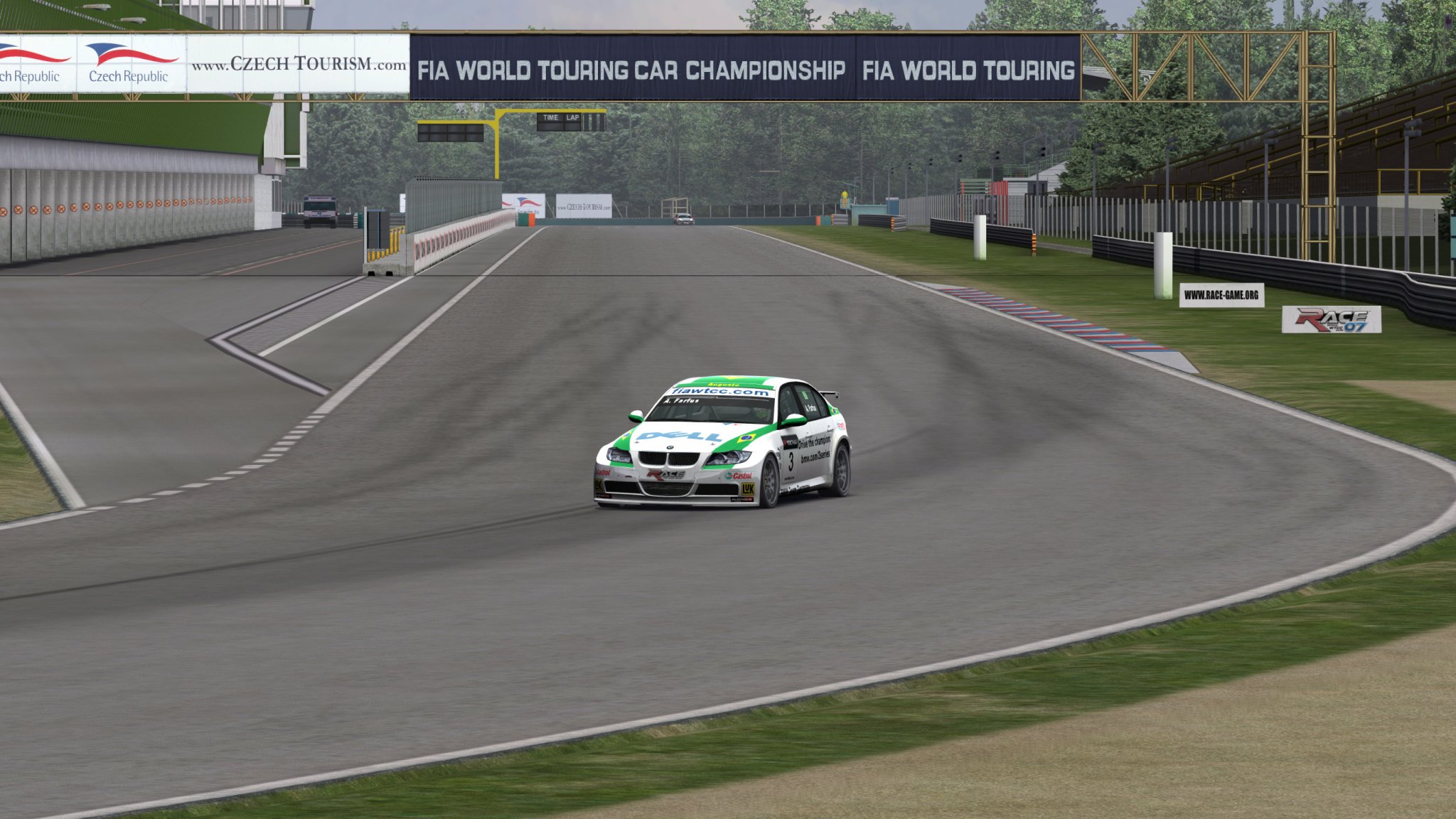 So this is an error on the spec "going through" in your cubemaps. The same on srpl. 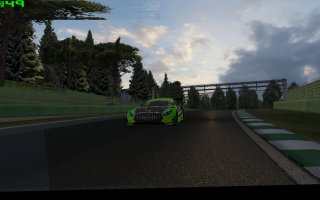 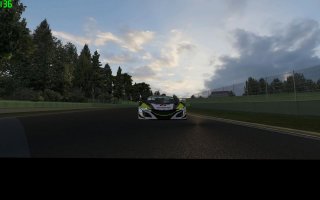 cool man, you just giving the info.
BTW that water reflections you post were looking great.
Cant say much because I still cant use your shaders fully.

AndreasFSC said:
But the best solution is simply to make the ai cars as equal to player car as possible and reduce the ai cheats as much as possible.
Click to expand...

Exactly. I got my findings. Will share eventually. I think I solve everything exept the "exessive traction AI control" (at rumbles, etc.), but I haven´t touch the talent files at all.

You mean when is Full like over cars and on the interiors? It still drops to me. And is was kinda obvious. More shadows to process.
You must log in or register to reply here.