The next scheduled release, RACE On will target all PC owners with a bit of petrol in their blood and comes with a very strong selection of new challenging content including the tracks and cars from WTCC season 2008 which turned out to be the best and most competitive championship ever. SimBin has recreated the epic 2008 season down to the smallest detail and now YOU get the chance to show the world who the real champion is. Jump in the car of your favorite racing driver and compete with the best through 12 unique tracks located around the globe including Okayama.

Race On also marks a new focus from SimBin with the inclusion of iconic Detroit Muscle cars suited for those who like to lay down lots of rubber power sliding out of corners on the rev limiter. Enough torque to drag the moon off orbit, full opposite lock and a big grin on your face.

To finish the new lineup SimBin brings you Formula Masters, a top of the line open wheel series, offering you even more speed and action than ever before. Extreme cornering speeds and simulated g-forces make this a true driver’s car.

But RACE On is not just new cars, it also features brand new American tracks in SimBin quality and it comes with a hefty update of existing tracks to 2008 standard. With RACE ON comes 5 brand new tracks all recreated down to minute detail.

As a bonus the game also includes the complete “STCC The Game” (The Swedish Touring Car Championship) which has previously only been released in retail stores in the Nordic territory and Russia. The tight and technical Scandinavian circuits and the wide variety of touring cars running in the series have already created a large following so SimBin is happy to be able to offer this package to the rest of the world including 7 Nordic tracks and 6 unique car models.

About RACE On
RACE On includes the following new content:

* 16 unique car models in 8 classes with over 140 variations.
* 12 tracks of which several never has been released by SimBin on PC.

RACE On will be available as a stand alone game including all RACE 07 content and an expansion pack for existing owners of RACE 07 will also be available.

All in all this makes up for:

For current owners of GTR Evolution RACE On is designed to merge and fully integrate with the existing GTR Evolution. RACE On is scheduled for release in Q2 2009
Click to expand...

Bring on them Lada's lmao.

ban the Leon TDI from online play is the only way you'll stop leagues being ruined by it.
A

Looking forward to the new tracks, Formula Master and US muscle but is there any need for WTCC 08 in an expansion?
It could have been a patch to be fair as a licence for something else would have been better imho (BTCC or V8 if Codies would bother to release them from their grubby mitts for example).

BTW in club races it's a good opportunity for slower drivers to get closer to the top drivers. Myself, I know I'll choose the Lada
A

(except for wtcc 08, how very very boring)
A

Hellish annoying that we get WTCC 08 well after 09 has started!!! Spend some money on the licence Simbin!! Tight gits.

I presume the expansion won't have STCC included. Just the stand-alone game.

Not even the slightest bit interested in the muscle cars.

Obviously Road America and Laguna Seca are two of the new US tracks. Which others do you reckon? Lime Rock? Road Atlanta? Indianapolis?

I loved Road Atlanta on Forza....

Curious about the muscle cars

I think if you buy it as an expansion it won't include STCC, just if you get the full version, then Race07+STCC+Race on.

same here Peter, i hope they will bring them as production class and that it will be 60's and 70's model :dance2:

Péter Bártfai said:
I think if you buy it as an expansion it won't include STCC, just if you get the full version, then Race07+STCC+Race on.
Click to expand... 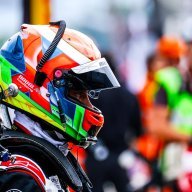 i will buy it anyway even though its not too exciting.
i just hope the 2008 cars have the same performance as the others so we can run events with wtcc 06, 07, 08 and stcc

i already own the full game of race07 and stcc the game and the steam expansion of gtr evo.
If i buy the full Race On then i could sell/give away my race07 and stcc and still have the whole package i guess?
A

Ryan Callan said:
Obviously Road America and Laguna Seca are two of the new US tracks. Which others do you reckon? Lime Rock? Road Atlanta? Indianapolis?
Click to expand...

more tracks me dizzyhappy
dizzyhappy, i tell you
like a small girl

This is the final addon for Race07 isnt it? so end of this year, early next year will probably see the first Lizard title on pc

If this is an official announcement that STCC is included then it will be RACE Off for me. I am not gonna pay twice for the same cars.

I have already bought STCC!
A

Bram Hengeveld said:
If this is an official announcement that STCC is included then it will be RACE Off for me. I am not gonna pay twice for the same cars.

hopefully, it's as peter mentioned here:


Péter Bártfai said:
I think if you buy it as an expansion it won't include STCC, just if you get the full version, then Race07+STCC+Race on.
Click to expand...

(though i got my stcc free for the gtre mess up :wink

Then i have not read it correctly i think... So STCC i dont need to purchase again? Do i get discount?

i guess there will be a price difference between the full and addon versions so it will probably be about the same price as GTR Evo and STCC were.
You must log in or register to reply here.
Share:
Facebook Twitter Reddit Pinterest Tumblr WhatsApp telegram Email Link
10 comments
Automobilista 2 | Online Racing Now At RaceDepartment
27 comments
Wreckfest | Update, Free Tracks, Stability Improvements And More!
112 comments
BREAKING | Fernando Alonso Set To Return To F1 With Renault
84 comments
Assetto Corsa Competizione | The Mercedes AMG GT4 Trailer: Release Date Confirmed
38 comments
Automobilista 2 | Share Your Screenshots