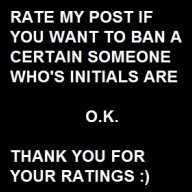 Feel free to discuss the race in this thread, as long as it is within the forum rules . 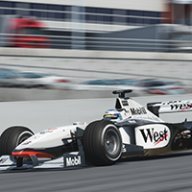 No Huis no wing 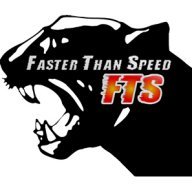 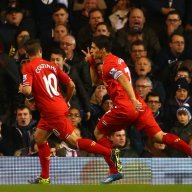 Q P9. Mega Q lap but I messed up S3, or could have got P6.
Started ok and got up to P8 but Jaakko passed me and I went down to P9. Stephane R. and Cyril passed me and I was P11 but knew I had a chance at P9. Unfortunately when Cyril passed me he basically stopped the gap from me and Jaakko who was able to pull away. We both pitted on lap 24, but he ran a bit wide on the exit and I knew this was my chance. I was able to pass him and after some battling I held on. Jaakko came out of the pits in front and pulled away. After seeing Atze pit I wanted to remain in front of Cyril knowing he will close me down, and I was able to. It was a very close fight between me, cyril and atze, and with like 2 laps left i ran deep into one of the left right left and cut the turn, I had to let Atze through and Cyril got by too. But I was able to get back passed him and defended him at the end of the race to get the 1 point

Thanks to DHR, SimCraft and Fanatec, and mainly Thanks Damian for that wonderset.

Lost a position to Dennis in T1, I knew the guys in front of me had much better pace so I just focused on keeping Tali behind me.

Tali followed me for almost the whole first stint, I was sure he was saving a lot of engine behind me and would then easily pass me and pull away at some stage of the race.

After the pitstop however I could pull away from him and there was no longer any danger. 4th place in the end after Atze's problems.

Thanks to Bruno Marques for the setup work, great way to end the season for our team. Now it's time to hibernate...
Click to expand... 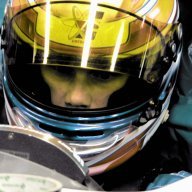 Q: was able to improve in every single Q lap. Brought me to a nice pole at the end of the season: 1.37.200 After I set that laptime I just figured that I didn't need to improve that one and checked the replay for cutting to be sure it was an ok lap.

R: Well this was an interesting race. Lost my p1 in the first corner to Bono, so I started out chasing him. My goal was to pass him soon as possible, because I felt it was important for me to lead and set the pace. Also I wanted to lead because I knew my pace in the second stint would've been much better than the first, looking at the earlier WS race. I only had to make it to that first stop and things would've been different. Bono and Bruno stayed close behind me in the slipstream and in lap 19 Bruno passed me on the long straight.

After that I got Bruno's slipstream and was closing in to him very quickly with Bono a couple of centimeters behind me. I knew I couldn't brake as late as Bruno and Huis, so to avoid contact in the braking area with Bruno in the dirty air I had to lift a bit to create a safe distance. Bono couldn't anticipate to that lift and hit me in the rear, causing my rear wing to be damaged. I came on the middle of the kerb with a very unstable car after that hit and my wheels were blocking allover the place because i was floating on that kerb. That blocking caused that I couldn't avoid Bruno his car and I lost my front wing.

After limping back to the pit without a front wing and heavily damaged rear wing I came back on track on p7 which was still a good turn out position considering that the runners in front of me still had to pit. I thought I would've been able to bring the car home on that set of tires, but the damage on my car really made the car instable causing me to make another mistake and pit again. The rest of the race I just had to remain my calm and focus, to bring the damaged car home. In the end I got heavily challenged by Patel and Werdmuller in a super fun fight which brought the smile and joy back in the race.

Anyway, there is no worse feeling in racing than driving into your teammates car and losing out on the first possible win in WC for me. I'm very dissapointed but I will work hard for the last race in Hungary next weekend. Just as Abu Dhabi, I really enjoy that track. And I've got some spots to win in the overall classification in WS.

CONGRATS to Bruno for his well deserved win after what happened to him last race and Bono for second place and winning the overall championship after this dominant season for him and Precision.
Also thanks to the whole FSR board and everybody who helped out during the season.
Click to expand...