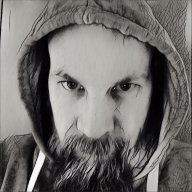 Hi guys,
I'm new to GSC, just bought it last weekend. I had some thrilling (AI) races with the Mini Challenge. I also tried some races with modded cars I have downloaded, but here I'm not so happy with the feeling/FFB. I read about 'real feel' in many threads and tried to figure out what it's all about this. As far as I know now, it has something to do with modded/converted cars, to improve the handling/FFB. Within some mod folders I also found a text file with values in it... but where do I have to fill in these numbers? Is it an existing file or do I need a plugin? I would appreciate if someone could tell me what and how I have to do it or give a link to a guide.

The default content is already pretty much perfect, though on some cars if your wheel rattles at speed you can try increasing the Smoothing entry in the realfeelplugin.ini (it's in your main GSC install folder, just open with notepad). Modded content, as you say, is a different story. You can try messing around with the settings (I can't help you there, I am not 100% on what each one does) but in general it might be best just to stick to the "good" mods. From our download section, look out for anything by Patrick Giranthon and anything by Lazarou. The Alpine A364 is also pretty good.

So yes, there are a lot of mods, but not many good mods.
P

You have to put the values indicated in the realfeel.ini locaced in the root folder of GSC. Edit and paste them.

For the extra mods, many of them are Not really good unfortunately. And ffb/realfeel are directly connected to the physics of the mod. So If your feeling is wrong , physics are probably too...

Thanks for the replies! So I assume that if I change the .ini file, I change the values for all cars?... or can I specify different values for different cars? I think generally I won't mess around with it then. I'm to inexperienced with it and I think I don't want to deal with. As you said, the FFB of the default content is ppretty much perfect and the modded content I used is okay so far. I just got a little bit insecure, because so many people are talking/discussing in so many threads about the right settings. Perhaps it's just me and not the FFB in some cases and I have to practise some more.
P

Just EDIT the realfeel.ini. You will see how It works. One section per vehicles ;-)
Reactions: Thomas Friedrich 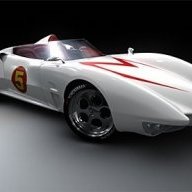 Thomas, when you drive a new car from a mod, it will most likely create an entry at the end of the realfeelplugin.ini file located at the root folder of the game. From there, if you have the values that the modder suggested (usually provided inside some readme.txt), you can edit that entry and put the values accordingly.
For instance, when I first drove the Toyota in DRM mod, it created the [Toyot] entry with default numbers inside that section. All that I had to do was to edit the file and adjust the values.
After you get used to this, you'll realize that when a modder provides you with the correct sections/values, you just need to *add* them to the realfeelplugin.ini file.
Take note however that there are some mods (poorly converted) that sometimes can "share" the same entry (section name between brackets) with another mod, and this can cause weird effects - hence I suggest always having a backup of your realfeel file, and to check if there aren't new entries after running a car for the first time. If there is a new entry, that entry is the correct one for that car, and you may want to alter the values to suit your hardware/driving style.
Hope it helps.
Cheers.

Thank you Fernando and Patrick, I will look into it today! I appreciate your help!
C

With apologies to Thomas for stepping on his thread, I too have some questions about Real Feel. Though perhaps it's controller.ini that needs to be modified.

With the realfeelplugin.dll file in my GSC2013 Plugins folder, my G27 wheel feels like I'm running over small rumble strips as I transition from straight line to turning. It's annoyingly "clunky". As the wheel is turned further, the FFB becomes nice and steady. There's a small dead zone with no FFB when the wheel is centered. It's kind of hard to tell, what with the initial stutter feeling, but FFB level seems to build up somewhat gradually as the wheel is turned further

Remove realfeelplugin.dll, and voila - no more clunky stutter as FFB initiates as the wheel is turned, but there's now a huge dead spot with no FFB when the wheel is centered. FFB comes on like a wall - there's no gradual build up of force.

I'd kind of like something in between, when driving on smooth tarmac - no clunky/stutter just off center, and force builds gradually as slip angle increases. I'm also betting I'm losing out on a bunch of FFB effects without an active real feel plugin.

In the Logitech profiler, overall effects strength is set to 105%, all else are at 0.
I've tried different values within GSCE, but currently effects are high, and FFB strength is -65%.