The Fanatec Porsche GT3 V2 + Fanatec CSR elite pedals aren't working properly on the PS4-version. As soon as you power on the wheel, the game has HUGE lag. The PS4-controller is completely useless as well, because the game doesn't recognize the controller anymore. 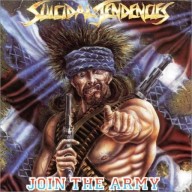 Did you update the firmware for your wheel? I had the same lag issues, but after I updated the wheel with the latest firmware, the lag was gone. However, there is still no option to calibrate the wheel in the game, which makes it kind of unplayable for me at the moment.
X

Did the firmware update and the lagging was gone, thank you!

But I'm having the same problems with calibration and steering-wheel setup. There's a TON of deadzone on the wheel...

I think everyone using a Fanatec wheel has that problem. I assume it's because there is no way to calibrate the wheel in the game. I've also got the PC version and there it works absolutely fine.
M

Same, major issues with csr (not elite). Have 756 firmware... Cannot even get it to work other than to navigate menus. Massively getting on my tits. Accelerator just revs but no drive, steering is so stiff and moves all over the place. Not good!!!!!

Have you tried different controller modes in the configuration? When you connect the Fanatec wheel to the PS4 the game still shows the gamepad modes while on PC the values of the settings are completely different when the wheel is detected. Try setting deadzones to 0 and the sesitivity to 50.

mattleon said:
Same, major issues with csr (not elite). Have 756 firmware... Cannot even get it to work other than to navigate menus. Massively getting on my tits. Accelerator just revs but no drive, steering is so stiff and moves all over the place. Not good!!!!!
Click to expand...

Map the clutch to a free button on the wheel (I used the lower left orange button under LSB). Ensure Auto clutch is on in the settings and it should get you over the 'clutch always engaged' mode. It's probably worth looking at this thread over at GTP....(https://www.gtplanet.net/forum/threads/fanatec-and-ps4-troubleshooting-settings.328086/)
P

I already told him that on other thread, but he says don't work.
M

It did work in the end, thanks... I could assign the clutch but couldnt save the settings / back out to main screen as i hadnt reassigned buttons for the kers and drs. See my other thread and I have posted quite a detailed post about how i now have it working (fairly) well.. Thanks for help guys. Hopefully they will patch this properly though so it works as it should. Mate of mine has the Fanatec V2 and he says it works seemlesly out of the box barring a few adjustments to in-game FFB etc and he's loving it. I cant say the same for how mine feels even after hours of tinkering. Hopefully they'll help us out soon. Feeling through the wheel is just far too vague, wooden, lack-lustre etc. Even GT6 on the PS3 felt much closer to how i believe the wheel SHOULD feel in a game like this (comparing to R Factor and Assetto Corsa). This just feels too unpredictable and so inconsistent from lap to lap...
X

Another huge problem I'm having is the lack of L2/R2 buttons on the Porsche GT3 V2 wheel. And since the controller can't be used at the same time...

I guess I'll have to wait for a patch. Pretty disappointed about all of this.
M

The brake pedal is L2 and the accelerator is R2. U use those to navigate left and right through pages on the controls options page. And u don't need those buttons for anything else surely??? Once the wheel is set up u can also turn on your pad and use that if u want to use the ps4 button etc.
X

Indeed, the pedals are the L2/R2 buttons.