● Sim racer Jimmy Broadbent to line up against Britcar team-mates and other Praga guests
● Event to be streamed live on YouTube from 1pm GMT, Saturday 27th March
● One-off event marks occasion of postponed Britcar Round 1
● Viewers will be treated to a sprint race and a longer feature race
● Reigning Britcar Endurance Champion Jem Hepworth also set to take to the grid
● Drivers will compete on the popular Assetto Corsa platform

Need a racing fix today? Look no further than the Praga Esports event held in conjunction with RaceDepartment. Today was meant to be the start of the latest season of the Britcar championship at Silverstone, but due to covid restrictions the event has been postponed. In its place Praga have taken to the virtual race track to make sure fans and drivers alike have something to get involved with.

Our very own Paul Jeffrey is in the commentary booth for this star studded event and you can watch all the action here:


The full press release for the event below:

23rd March 2021, Northwich/Silverstone - Praga Cars (Praga) has today announced a one-off eSports event to commemorate what would have been Round 1 of the Britcar Championship, and the inaugural race of the new Praga Category. Featuring sim racing star Jimmy Broadbent alongside drivers from Praga’s 2021 Guest Driver line-up, and a field of special guests, the race will take place at exactly the time and date of the planned Britcar Round 1 on March 27th .

The race will celebrate the moment that Praga drivers would have been taking to the grid on the newly-named Hamilton Straight, at the commencement of an exciting 2021 Britcar Endurance Championship. The decision to postpone motorsport in England until 29th March means that Praga and its drivers will have to wait another month to kickstart their championship campaign.

An idea was formed to host an event to bring the Praga drivers together, along with members of the sim racing community, to celebrate the inauguration of Britcar’s new Praga Category at the very moment the lights would have been ‘going green.’ Racers will include transgender activist and Racing Pride ambassador, Charlie Martin, 2020 Britcar Endurance Championship Class 1 runner-up Jack Fabby, Supercar Driver’s Miles Lacey, Praga engineer Tomas Sabacek, Praga Cars UK’s Sam Holman, and Caffeine and Machine’s Phil McGovern.


Viewers of the live stream will be treated to a double-header two race format, comprising of a 15 minute sprint race and a longer 30 minute feature, designed to mimic the stints that drivers can typically expect when sharing the cockpit with their real life team mates. The broadcast, with commentary provided by established sim racing commentators Paul Jeffrey and Jack Oliphant, will begin at 1pm GMT as the drivers take to the virtual tarmac at Silverstone; where the rescheduled season opener will take place for real on 23rd -24th April.

Mark Harrison, Managing Director of Praga Cars UK said: “The increasingly influential world of sim racing has provided us with a great opportunity to start this season’s Britcar Endurance Championship on the date and at the time we would have been heading out of the Silverstone pits in reality. We’re really pleased that Jem Hepworth is back, in the virtual world at least, to race again at the circuit where her team had one of the best wins of 2020. And it’s great that Jimmy Broadbent and Race Department are getting behind our activity. It’ll be nice to see 20 virtual R1s lined up at Silverstone and it will whet the appetite for the 10 real cars that will compete in Britcar in 2021.”

The race is being held in collaboration with the world’s largest sim racing news website, Race Department, and their partners RCI, who will host and produce the broadcast event which can be viewed on Praga’s YouTube channel: https://www.youtube.com/user/PragaExport

With a history dating back to 1907 Praga Cars has a rich history designing and manufacturing cars, motorcycles and aircraft. Headquartered in Prague, its latest offering – the Praga R1 – racing car secured over 30 wins and podiums across the UK, USA and Europe in 2019, and won the 2020 Britcar Endurance Championship with 7 wins from 9 races.

The Praga R1 provides the perfect motor racing platform for a serious amateur or professional driver looking to compete on a national and international stage. Its composite monocoque ensures the highest safety standard and its lightweight design allied with impressive aerodynamics and a race-bred engine delivers world-class performance. Designed with simplicity of operation in mind, it can be run with a minimum operational crew, while offering race-winning performance in an affordable package.

Alongside the R1 racing car, Praga’s IPK Division is one of the world’s leading producers of racing karts having won a World Championship in 2020. Praga Aviation is developing the Alfa multi-purpose STOL performance aircraft, and Praga has also completed a successful 2021 Dakar Rally campaign, finishing 5th in the truck category. Visit: www.pragaglobal.com 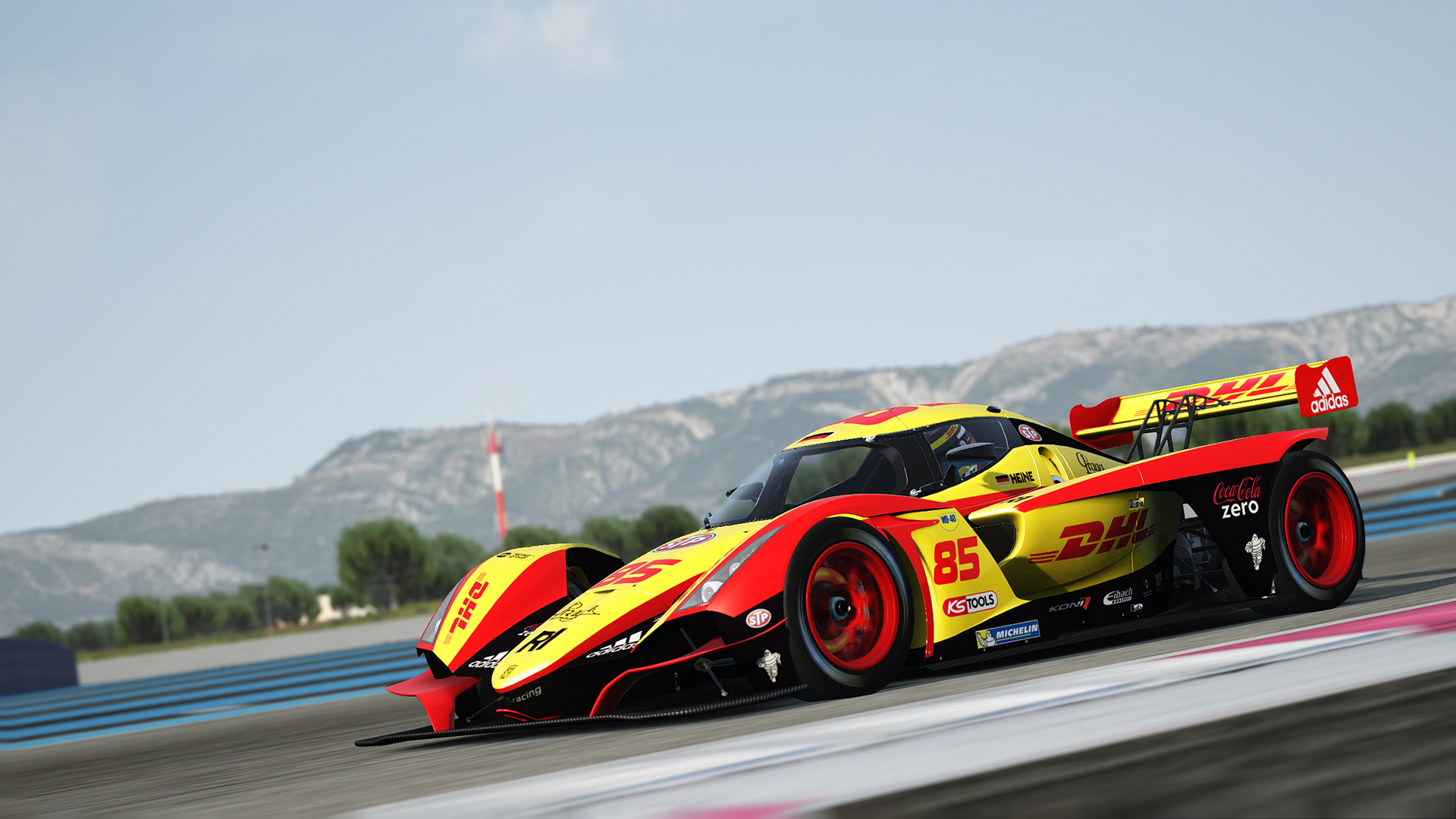 Will the car used in this race be available to be downloaded? This is different to the R1 we have in the DLC, right?
T

spark-zero said:
Will the car used in this race be available to be downloaded? This is different to the R1 we have in the DLC, right?
Click to expand...

Thank you kindly sir It was a very fun afternoon of racing for sure, some really interesting performances and great to see one of my former favourite BTCC drivers, Dave Newsham, heavily in the action - really cool stuff!

Great to see some love for Praga too, a thoroughly good bunch of folks and the new car looks.... immense! Great stuff all round, would certainly be up for more of this kinda thing if it comes around again in future, much fun


fatal4you said:
@Paul Jeffrey Can we get a list of best lap times of each driver?
Click to expand...

Hey man, I've asked the organisers if any such data exists, I'll pop a response in here if and when I dig something out

That was really fun to watch, and as always Paul you did a great job!

If they hold another one, I made this for all the skinners: https://www.racedepartment.com/downloads/2021-britcar-endurance-e-championship-number-panel.41115/

@Paul Jeffrey You know what would make the stream much better? A driver introduction next to their liveries. I mean no one really knows theses guys. Helpful would also be that the rank table would include some colours of the liveries, so you would know "blue guy is in the midfield" etc. In F1 we know who's who.
You must log in or register to reply here.

iRacing / Next Level Racing Partnership - New product in the works
2