Possibility of a new setup engine in Content Manager?

Having come over to Assetto Corsa from the original Project Cars, I've always thought that the one area where Project Cars was better was the setup engine it used. You could meticulously adjust everything, including steering ratios. I had setups for cars that were based on actual homologation data and info taken from the actual factory cars.

To a certain degree, yes, what is in Content Manager under setups is pretty good, but, you just can't do as much as you'd really like to as you can't adjust things to the levels that you need to to properly replicate real setups. I have tried entering data that I'd gleaned from Project Cars, but just couldn't get everything in that I wanted to. If you had the setup capabilities of Project Cars coupled with the physics you get in AC the cars could be absolutely amazing. Is there a possibility that an entireley new setup engine, like the Project Cars one, could be incorporated into Content Manager so that it overrode the AC one!?
Last edited: May 18, 2019
R

As an illustration of what I mean, I have a setup for a Ginetta G40 that a member of the actual Ginetta race team set up for when they had Project Cars set up for an event. The front damper slow rebound values are 17250 N/m/s. You just can't enter that in AC, and believe me I've tried! 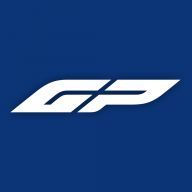 Rogerbee said:
The front damper slow rebound values are 17250 N/m/s. You just can't enter that in AC, and believe me I've tried!
Click to expand...

Bring that up with the mod maker, its not an AC issue...
R

Rogerbee said:
It is though, the limits for the sliders in the setup section in Content Manager are set too low. Nothing to do with the mod.
Click to expand...

And where you do you think the CM setup section gets its limits from?
R

How would I know, but, they don't allow you to enter setup data that is correct for the actual car.

Rogerbee said:
How would I know, but, they don't allow you to enter setup data that is correct for the actual car.
Click to expand...

Yeah and guess who's fault that is?

How come then that you can enter those types of values in some Kunos cars and not others? That has to be down to Kunos. For example, the BMW Z4 E89 only has setup values for Alignment, Generic and Tyres. The Z4 GT3 has a much fuller range. If you were to set up the E89 like the actual car you would want the values for all the necessary items like the GT3 has. Kunos don't give those values to you. Hence the need for a setup engine that will have all those values for all of the cars, road and race.

Yes the point is its nothing to do with an engine limitation or anything like that, its simply down to the limits set per car by the creator (rightly or wrongly).

Also note what was mentioned in another thread - the values in AC are wheelrates, not springrates, so its unlikely IRL setup sheets will transfer directly without conversion anyway (and you wont know the motion ratio so I wouldn't bother even trying).

Are all cars in AC correct? No, but having unlimited setup limits is even less so...
R

Why!? It allows you to input data that is fully correct for the car.

Look if you had correct data and the knowledge to implement it properly you'd be capable of doing that without the need for some crazy unlimited setup option in CM...

A damper number can be presented in various ways. You can use different units like or you can do what gary said. You present the number as a wheel rate or spring rate. Because the spring or damper is at different place in the suspension compared to the wheel you need to convert the value to go from one measuring system to other. Basically damping at wheel = damping at damper + motion ratio effects. The end result for both system is the same. Like 12/2=1+5 but your actual numbers are different. So if you have a value for damper say your 17250 but that number is measured at the damper and not at the wheel that number is going to be different. In addition to this the min and max values which you set up for your sim car can be very arbitrary.

So in the end if the number you have been given is the damper value you need to convert it to a number at the wheel because in ac all spring, arb and damper values are measured at the wheel (except solid axles which have some roll weirdness). For that conversion you need your motion ratio for the suspension. But it is not as simple with dampers as it is with springs because dampers are not as linear like springs so you need to scale your damper plot so to speak to get both the speed change and the resulting damping at that different speed.
R

Thanks, no idea how to do that myself though.

And that's kinda why it's not possible, noone has the information necessary to convert. Either the entire game does it one way to start with and includes numbers for that, or it does it the other way.
R

I see, ah well, it was a thought anyway. One that maybe should have stayed in my head! 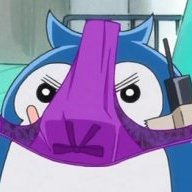 Rogerbee, I'm sure you know but I've made a few physics replacement mods for Kunos cars specifically to get them more in-line with reality in everything. If you're unhappy with some KS content, I'd suggest doing the same yourself. You don't need some setup system for that. Like I said, most older roadcar dampers are simply unadjustable, so is steering and so on.
R

I'll leave all that to you. I'm only good at installing and driving.
You must log in or register to reply here.
Share:
Facebook Twitter Reddit Pinterest Tumblr WhatsApp telegram Email Link
43 comments
DAKAR 21 | First Preview Images Revealed
92 comments
rFactor 2 | New Build Update Released
26 comments
One To Watch | Fun Things To Do In Sim Racing by Mike at Simracing604
Top Bottom