Same car as below (Meadowdale): the Porsche 991.2 by 'crsh', only at Lilski's superfragilistic Road America 1.0. Dialed out the asymmetry, added some dampening at the front end (which was a little too bouncy), and voila! A damn near perfect car at a perfect track.

Edit2: The more I drive crsh's Porsche 911 GT3 R 2019 (aka Porsche 991.2) the more I like it. It's faster than any of Kunos' Porsche 911 GT3s, except the RSR. It's fast right out of the box, and responds appropriately to setup tweaks. The sound is convincing. And it comes with a nice selection of IRL skins. OTOH, finding it can be a beatch.

Why I test at Elkhart Lake. 1. It doesn't have any stupidly slow hairpins or chicanes, which interfere with repeatability; at least the way I drive. Spa would be ideal if it weren't for that ugly, contorted chicane at the end of the lap. 2. The Carousel. Unlike the Nordschleife's Karusel (tight and lumpy), RA's Carousel is the closest thing you'll find to a high-speed, steady-state skid pad (or 'pan' as they call it in Blighty). It will give you an indication of absolute grip, with numbers you can compare, car-to-car and setup-to-setup (anything below 100 mph = pokey; anything over = speedy). 3. The Kink. The scariest turn in North America. Little cars will barely notice it, but big cars will make or break a lap-time depending on whether or not your setup will allow you to take it flat out.

where did you find that car, i looked for user 'crsh' and the car, didn't find it.

changefast said:
where did you find that car, i looked for user 'crsh' and the car, didn't find it.
Click to expand...

BTW thanks for the setup!

Not giving his actual user name made it difficult-er.

if the actual link to reddit goes away, google: 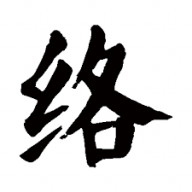 This car is horrible to drive. The back end breaks loose way too easy. I have not found a setup that fixes the issue.
Reactions: Amby
A

such a nice car but sadly horrible to drive...
C

Amby said:
such a nice car but sadly horrible to drive...
Click to expand...