Robert Doornbos has finnished on the podium in his 3th campcar race.
This is the second time Doornbos entert the podium.

Let`s us hope that he does that many times more =D> .
P

Too bad he left F1, but this is great too

Good decision from him to go to the ChampCars
W

In 3 race`s twice on the podium.
And last race he started from 13th place.
So he drove a very good race.

Thumbs up Robert , keep on racing. 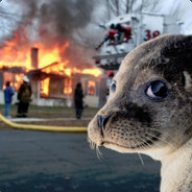 Doornbos is impressive. I think he will catch the "Best Rookie" title, and he will win at least one race this year. Normally Servia, Power, Bourdais are faster, but there can be surprises.

don't know how many of you guys likes american racing & tends to follow the news here & there......
but this certainly is a big news there

Does anybody know which dutch television station broadcasts Champcar?

You can try EuroSport... they broadcast somtimes... but I don't know if it's live

Me neither, cant find any info of it!

I know that I've seen some Champ Car races on EuroSport...

I'll try to find out

In the Netherlands the ChampCar series are broadcasted by SBS... And on EuroSport 2 also

But you do mean the Champ Car World Series right?
W

Yep, since Doornbos drive`s champcar, SBS is broadcasting all the race`s
W

Robert Doornbos has tested in Mont-Tremblant and set the fastest laptime of the day.
The Red Bull F1 testdriver whas ahead of Dan Clarke en Sebastien Bourdais.
There where 12 drivers who where testing.
Big surprise whas that Paul Tracy whas back in action after a long time.
He set a 9th time on the clock.

Cool, its looking good for Robert.D

Nicely done by Robert there
W

Robert Doornbos keeps on builing his great stats in the champcar series.

Robert his making one hell of a career in the state`s.
A think it`s better for him to stay there and leave the F1 for what it is.

Robert Doornbos just finished second in Cleveland race after coming from the back because of a stop & go...
he's now 2nd in standing 3 points behind points leader Sebastien Bourdais, who has a dnf in this race.
next week is Mont-Tremblant
W

Juan Pablo Montoya has just won his first Nextel Cup Race in the Toyota/Save Mart 350 @ Infineon Raceway after qualified 32 for this race.
he has made history by (if not mistaken) being the furthest back qualified driver to win this road course.
This is his second stock car win as he won the Mexico Bush series race back in February (now both being road courses).
This comes good for him as he had it pretty rough in the last races (Michigan finishing dead last) & as he did came once close to winning @ Atlanta before he scrapped the wall & damaged his handling a bit & thus ruined his chances.