Online racing: what to do in this situation?

So last night I was playing GTR EVO online, and the following occurred:

I started the race on pole of about 8 or 9 cars (due to a server screw up messing up the quali session, not skill!) this is on Valencia BTW.

For about the first 5 or 6 laps of the race I was leading, but the 2nd place guy was right on my tail and obviously faster, he just couldn't get passed me. Coming into the last corner onto the straight I missed accidentally downshift so far I'm in neutral, so I'm going much slower through the corner than the guy behind me. And he taps the inside of my car near the back, but as I'm accelerating out of the corner by this point doesn't make much difference for me, but he is slowed down.

I just kept racing as per usual, but because I was the one at fault to some extent (going way slower through the corner than I should have) should I have let him go?

Thanks for the input!

IMO if you make a mistake and are allot slower through the corner then the guy behind should find a nice place through the corner to get past you, sometimes it's best to just hold onto your line if you make a mistake and let the driver behind make the pass, driver behind should allways be aware of the driver in front either braking early or possibly making a mistake. 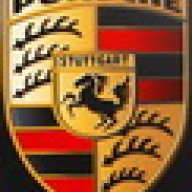 To be honest i dont think you did anything wrong, mistakes do happen and it is just one of those things.

Grant Powell said:
To be honest i dont think you did anything wrong, mistakes do happen and it is just one of those things.

I don't see why if you make a mistake you should allow the other guy to pass you as Damian said it is upto the fatser guy to choose a place to ovetake and also look ahead for any errors as they are pushing you to try and make an error so they can overtake so all is fair in love & war as to say
Click to expand...

I just felt a bit bad because it was my fault to some extent, yet he suffered for it quite a bit more than I did. However he was so much faster he caught up in a few short corners, but sadly the race was never finished due to some idiot driving backwards on turn 1 of the last lap hitting me head on...

And this is why I hope to join your guys races ound:

I can see what you mean about feeling bad but as i have said this guy would be experienced so im sure it was not the first time something like this has happened and I can’t see any of the fast guys on here complaining if it happened to them.

As for public servers well I have only ever driven about 3 races as I don’t like being ruin into on purpose LOL, it's just a shame that public servers are not moderated so the ones who spoil it for others are kicked off and all that happens is all public servers get a bad name due to this.

You will have fun racing here yes we have our accidents but you get to know the guys and these are just racing incidents and you kind of chuckle when it does happen.

Have a look at this post for the starting grid chaos last Sunday LOL, there is also a short video you can download

if you are in front, it's the job of those behind to make the pass and not hit you off in the process. If the leading car makes a mistake, it's the rest of the fields job to avoid as much as possible...

As in Grants video, no one had a grump after that crappy start, it was racing ...

I agree with the rest.... not your fault. accidents happen and after all you led 5-6 laps where he could've found a way to get inside you on a turn of get past you on the long straight at least somewhere over those 5 laps....

He's probably kicking himself for not getting off his throttle enough to slip by you and overtake you on that long straight.
D

Jarrod Keen said:
I agree with the rest.... not your fault. accidents happen and after all you led 5-6 laps where he could've found a way to get inside you on a turn of get past you on the long straight at least somewhere over those 5 laps....

He's probably kicking himself for not getting off his throttle enough to slip by you and overtake you on that long straight.
Click to expand...

Ha, the funny thing is, there was 2 corners I was WAY faster than him on the track, and the rest he was obviously faster, thankfully the first sweeper I was way faster, and the S curve going up the little hill, I was faster (messed it up the lap he hit me) so I could keep him behind me because the rest of the corners were so tough to pass on... 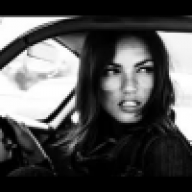 I also agree that it does not sound like your fault.

Quite simply if you make a mistake, or have a temporary loss of control while in a close dice you should, if in a corner, hold your line. If on a straight away, regain control and go straight.

To block a car that is fast incoming due to your mistake is bad form and dangerous, but also you trying to move to keep out of his way can be just as dangerous if he decides to avoid you by going the same way. Let the faster car pick his safe time and place to get by. (Of course this does not apply to blue flag situations).

The driver behind has to react, and if you slow down more then usual in courner its a way to defend your position. The driver behind has to slow down also and can not accelerate you out of the courner. Then also blocking the inside line of the courner entry is a good combination. If you do it right and its the right track the driver behind can not overtake :thumb:, also if he is much faster then you, it doesnt mater, its racing :thumb: not unfair
I remember there from Formula 1 when Alonso blocked M.Schumacher in Imola with similar strategy :wink:

When the driver behind pushes you, even just a bit, bring you from your line and overtakes, I think he has to let you regain the position. because off an antvantage

I think you did absolute nothing wrong :thumb:

I'm with the majority, although you made a mistake it seems the car behind wasn't in a position or able to capitalise on it. In days gone by when drivers actually had to shift gears it happened a lot.
L

I would slow down a little bit I wouldn't let him past. Mainly because its not entirely my fault.
T

I dont think you did anything wrong, you made a mistake we all do at some point, i am sure if you had slowed down to much he could of gone around the outside?

Well Dallas i would like to think you mind has been put at rest over this incident as we all agree you did nothing wrong
You must log in or register to reply here.
Share:
Facebook Twitter Reddit Pinterest Tumblr WhatsApp telegram Email Link
88 comments
Community Question | Slow vs Fast
53 comments
First Look | GT Omega PRIME Aluminium Profile Cockpit
155 comments
Community Question | Who Here Uses A Dedicated 'Sim Rig'?
79 comments
Assetto Corsa Competizione | Hotfix 1.6.1 Deployed