oh dear, its another idea thread... 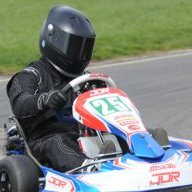 Thought of this last night briefly. Basically a handicap systemed race so, that in theory, all drivers should cross the finishing line together, no matter what they're skill/speed etc..

Based on a real life idea in the Lotus on Track Elise Trophy, where drivers of differing abilities/speed/cars set off at intervals at the start of the race.

I think the idea will work in series where all the cars are the same, so like mini's, caterhams, one make touring cars, one make gt cars etc... just to get a different mix of cars each time we run and to give a level as playing field as possible. Given that we run the Seriously not serious club, plus other events, this could be run once every 2 or 3 weeks so we get some participants and we have time to run in everything without impacting on work, family life etc.. The winner can pick the track, last picks the car for next time (idea taken from the SNS Club ).

How to work out the handicaps, hmm, not sure. perhaps sort out in official qualifying the times based on times in quali and what is seen during practise. The server admin (plus 1 or 2 others that can help the server admin) can decide the handicaps during the warmup before the race, and announce the start times in the warm up. So, you get given a start time, either on the lights, after 15 seconds, 40 seconds etc..

Perhaps a limit can be imposed that can driver coming in after 3/4's of the way thru qualifying or the last 10 minutes has no handicap, so people cant just join in the last 10 mins, post a slow lap time and expect to be given a huge advantage. Would that work? I dunno.

Would this be possible to run without too much work on the server admins side? Given that the races will be relatively short as to prevent the handicaps been so large that more than 1 lap will be needed by the slower drivers wont be needed (to prevent them smashing into stationary cars waiting on the grid). There can be 2 races. Was thinking on the reverse direction, but not many tracks have that option, plus there should be some sort of practise too to get used to the 2nd track, so maybe just a double header at the same track.

What do people think? Any ideas on how this could work? Any improvements? 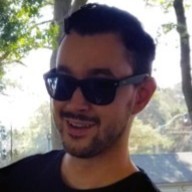 Great idea, but I can see some people sandbagging just to gain an advantage...would be great if it worked though. Could make the final laps REALLY interesting

We already kinda know who are the faster drivers, who are the slower drivers, especially with those who have been around a while. Plus its based on trust, and we should trust each other in this club.