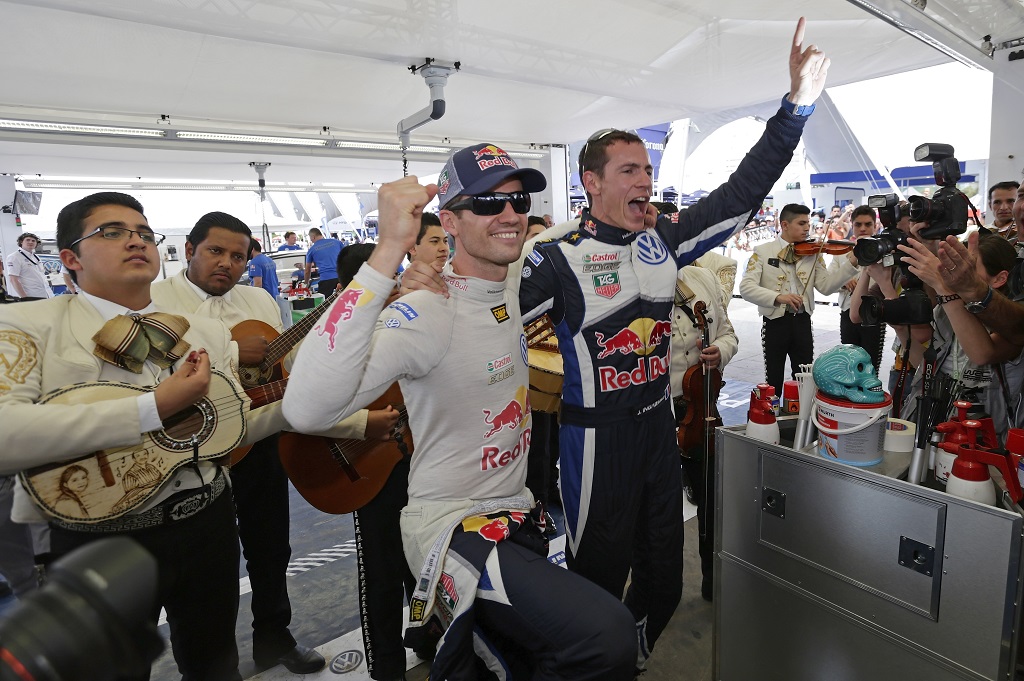 Sebastian Ogier put on a master class this past weekend after he went into the event never expecting a great result. Ogier knew within himself that walking away from Mexico with a win and wearing them cowboy boots was going to be a tough task due to the fact that he would be first on the road for the first couple of days and as such he would be cleaning the road on the first pass thus hemorrhaging time.

This year, Mexico served up a different dish, the first stages in the rally proper on the Friday morning was unusually cooler than expected with reports of fog by some drivers, this meant that with the right tyre strategy you could be very effective and that is what Ogier did. He, like his closest rival at the time Thierry Neuville selected to carry some softer tyres in the boot of the car and it was this set up that enabled him keep abreast with his rivals. By the end of the first loop on day two Kris Meeke has crashed, Ott Tanak had taking a dip in a lake, Jari-Matti Latvala was off the pace and Mads Ostberg has having car issues. As such Ogier kept the lead throughout the day and after Neuville had an off on stage eight he had himself more than ten seconds lead going into day three over a now on rushing Latvala.

Fortunately, with so much top WRC drivers doing Rally two on Saturday Ogier didn’t have to do any road cleaning and although Latvala was charging, Ogier was able to press home his advantage and by the time the day had finished he had almost one minute lead over Citroens’ Mads Ostberg because Latvala had damaged his Polo beyond immediate repair. This left Ogier with a comfortable lead, one which he held on to and at the end of it all he was able to capture the win and the added 3 power stage points which sees him take a 34 point lead over Mikkelsen into Argentina.

Here is a look at the top ten for Rally Mexico and the top tin in the Championship standings after round three.

Premium
How to be a WRC Champion checklist

Jimlaad43 said:
How to be a WRC Champion checklist

Even if your first name is Stephane (and your last Lefebvre) you have a good chance of making it.

Manolis Sigoulakis said:
Even if your first name is Stephane (and your last Lefebvre) you have a good chance of making it.
Click to expand...

That is my guy for the future he's a great driver with raw talent and his name is Stéphane..cant get better than that.
You must log in or register to reply here.

WRC | Loeb Dropped For Sweden - Breen in at Hyundai
2