Official, Bourdais out, Alguersuari in.

Toro Rosso are expected to part company with Sebastien Bourdais before next week's Hungarian Grand Prix, with Spanish teenager Jaime Alguersuari set to replace him as Formula One's youngest ever driver.

Toro Rosso and team boss Franz Tost declined to comment on the situation at the German Grand Prix at the weekend as speculation swept the Nuerburgring paddock.

Alguersuari, the British Formula Three champion, is competing for his Carlin team in a World Series by Renault race at Le Mans -- Bourdais' home town -- this weekend and his confirmation could be delayed until next week.

The Barcelona-born driver appeared to confirm the move to Red Bull-owned Toro Rosso in comments to Catalunya Radio.

"I honestly think the Red Bull decision is right, but it is never good for someone to be left out of a team halfway through a season," he said.

Four-times Champ Car champion Bourdais was the first driver to retire from Sunday's race and has been out-performed by Swiss rookie team mate Sebastien Buemi.

If confirmed for Hungary, he will make his debut aged 19 years and 125 days. The previous youngest was New Zealand's Mike Thackwell, who entered the 1980 Canadian Grand Prix with Tyrrell aged 19 and 183 days.

Expectation is that Toro Rosso wil make this public within 48 Hours.

:damnit: i really hoped that Sebastien Loebb would replace Bourdais as he said this week in a interview!
G

Loeb would have been a fail like all the "others"...better to take a motivated road racer instead

Maybe he brings a lot of money? Although i doubt that Red Bull (oh sorry Torro Rosso) needs that for funding
R

Ive seen Jaime Alguersuari Race in British F3 and World Series by Reanult, he is a good driver but nothing special, I think the Likes of Hulkenburg or Martinez would of been a better choice...
G

If Loeb would join...then maybe we will se a drifter in F1

I don't think this guy can bring benefit more than bourdais... I wished to see Loeb

Im supprised Bourdais never got to grips with the car, He was a superb champ car and lemans driver.
W

Scuderia Toro Rosso has officially confirmed that Sebastien Bourdais will leave the team with immediate effect and will not be racing at the Hungarian Grand Prix next week.

Team boss Franz Tost said the relationship had not produced the results the team expected, and thus the four-time Champ Car champion will be replaced.

"In Sebastien's second year with us, the partnership has not met our expectations and therefore we have decided to replace him as from the next round of the world championship, the Hungarian Grand Prix," said Tost.

Bourdais made his grand prix debut with the Faenza-based squad last season, scoring five points on his way to 17th place in the standings.

This season, the Frenchman has struggled to match the performance of rookie team-mate Sebastien Buemi, who has outqualified Bourdais seven times in nine races.

Bourdais, the only French racer on the grid, becomes the first driver to be replaced this season.

The team said it will confirm its second driver in due time.

Bourdais is expected to be replaced by Spaniard Jaime Alguersuari, who will become the youngest driver ever to compete in Formula 1 if he starts in Hungary.

Wonder where Bourdais will go now

Propably somewhere he does not get beaten by rookies

Back to Champ Car probably. Maybe into some racing sims...

Lets see him in a stockcar

Let's see him in the RD Racing Club. :rotfl:

Bourdais in the the racing club :worship:

Anyone who makes this much fuss over being kicked out for finishing last all the time surely doesn't deserve a drive in F1. 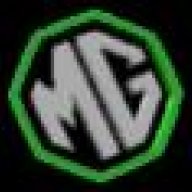 why a 4 times champ car champion is always last in F1.....this toro roso is a crap maybe?!

Strange decision, maybe its about saving money, I bet Bourdais was getting paid a damn site more than Buemi and whoever his replacement maybe, I watched him a lot in champ car and he is a good driver, one of the new teams coming in could do a lot worse, maybe Renault would like a french man in the team, I hope we havent seen the last of Bourdais in formula one.
You must log in or register to reply here.
Share:
Facebook Twitter Reddit Pinterest Tumblr WhatsApp telegram Email Link
14 comments
2020 RD MINI Challenge...Returns!
2 comments
Drift 21 | New Update Adds EBISU West
9 comments
F1 | Schumacher, Ilott & Schwartzman To Make F1 Practice Debuts
23 comments
rF2 | Ferrari 488 GT3 Talk 'n' Drive